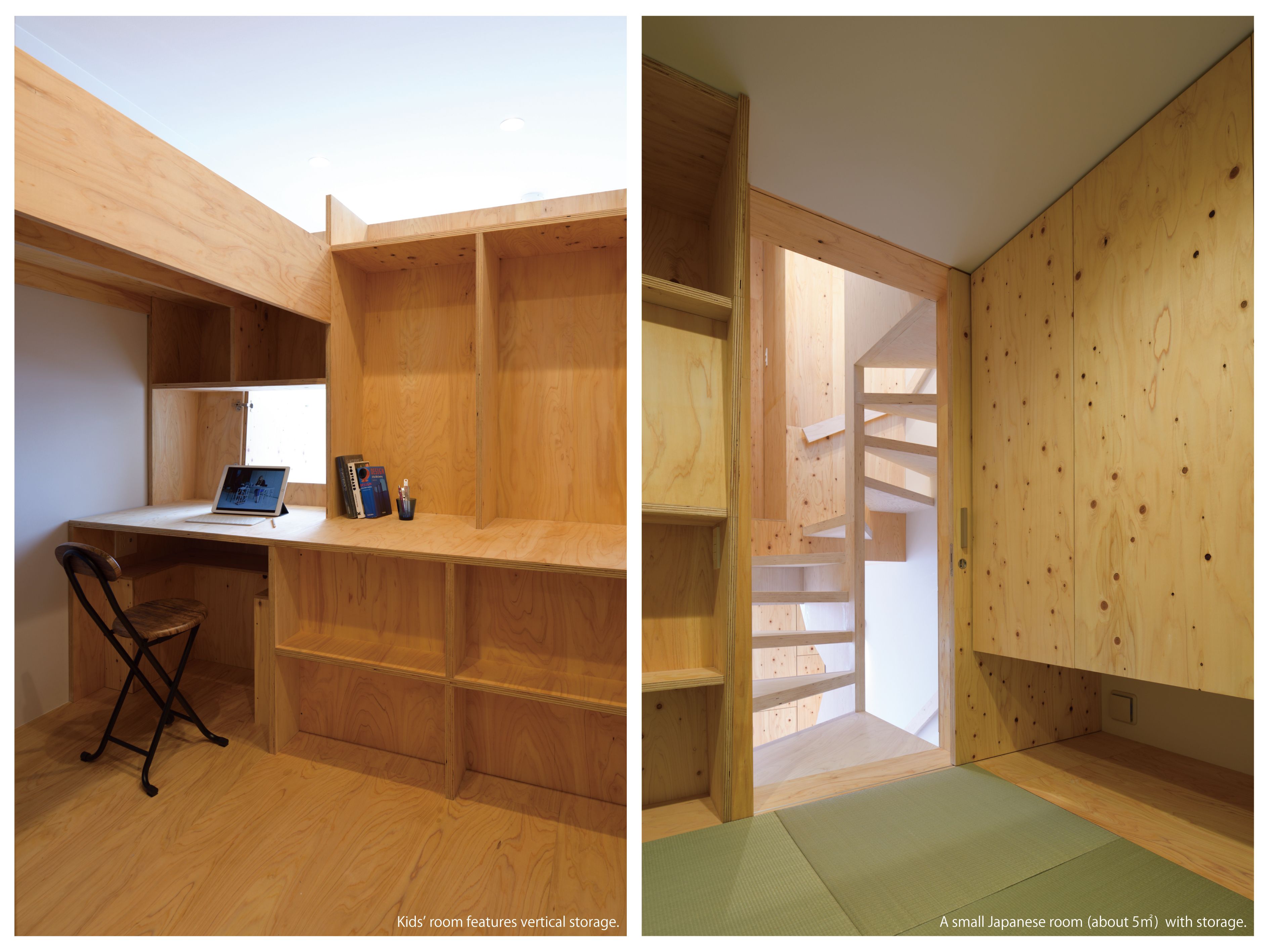 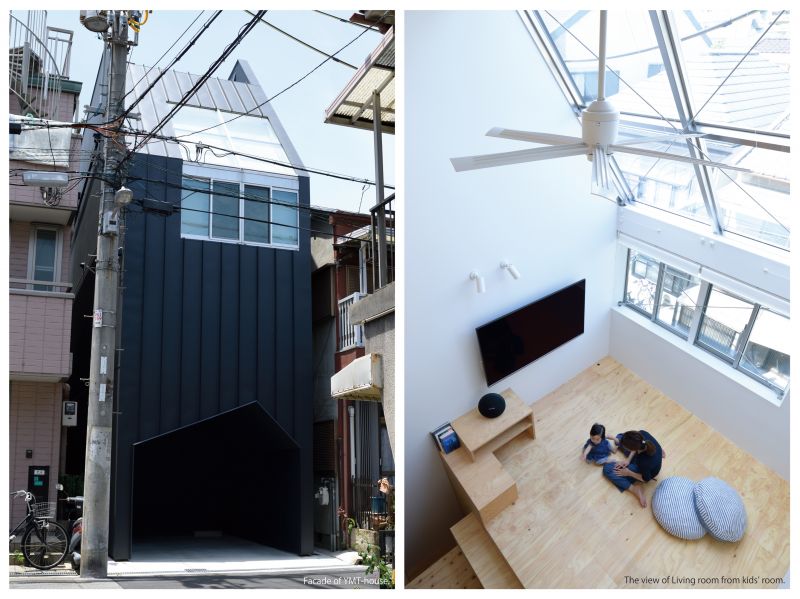 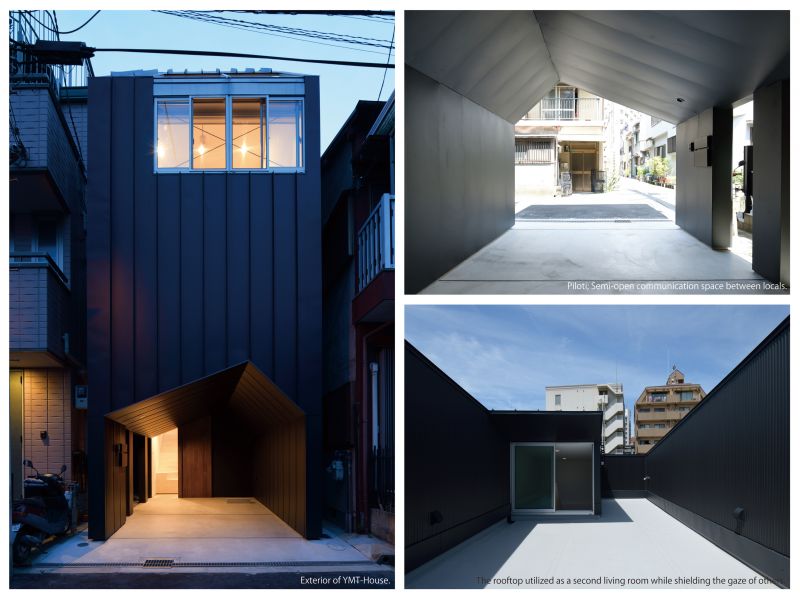 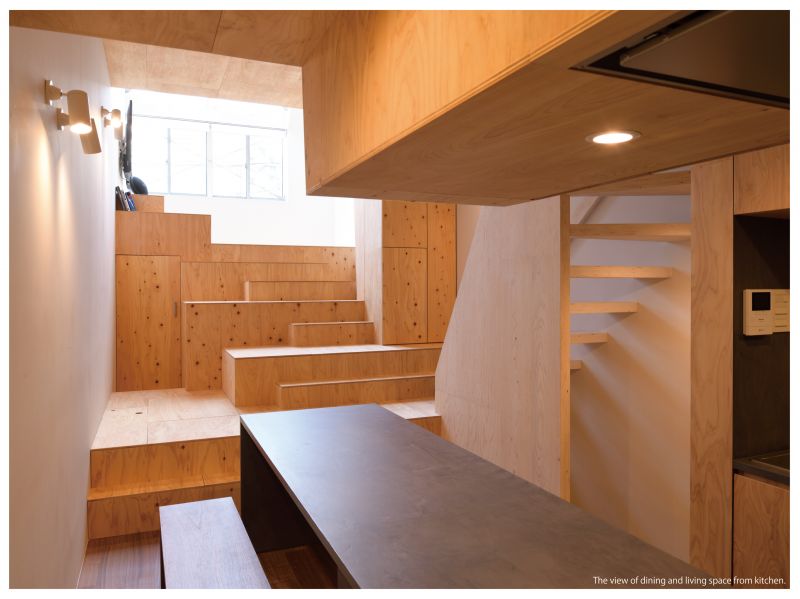 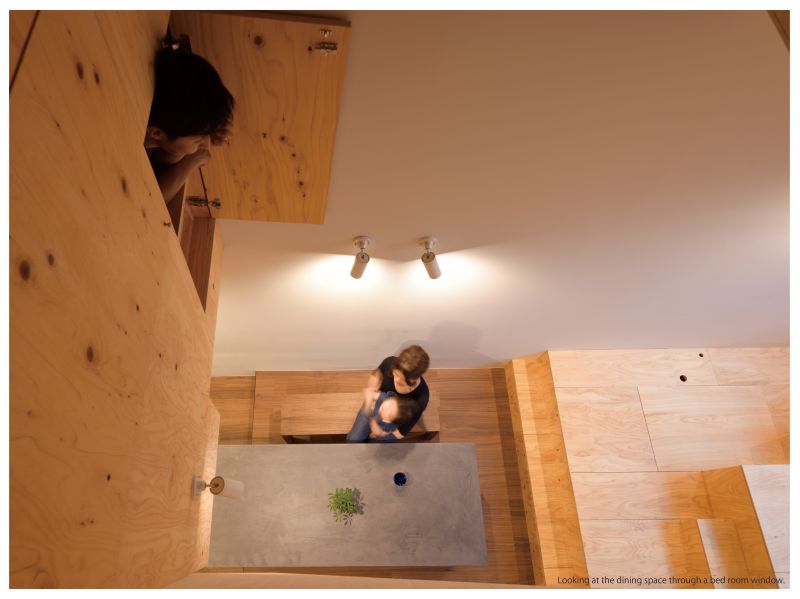 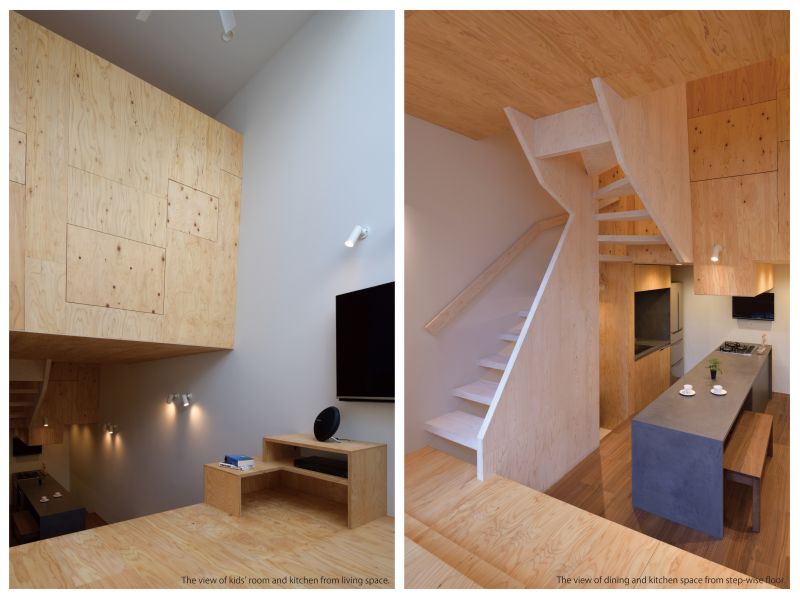 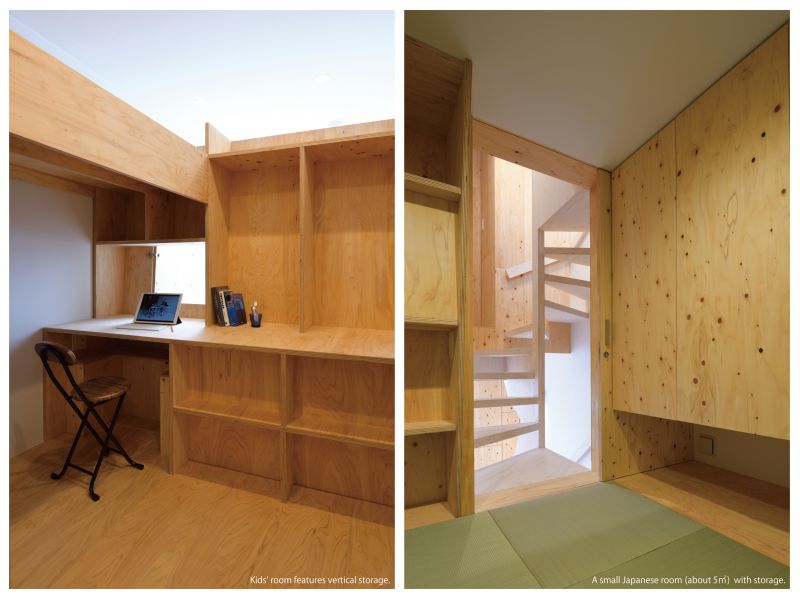 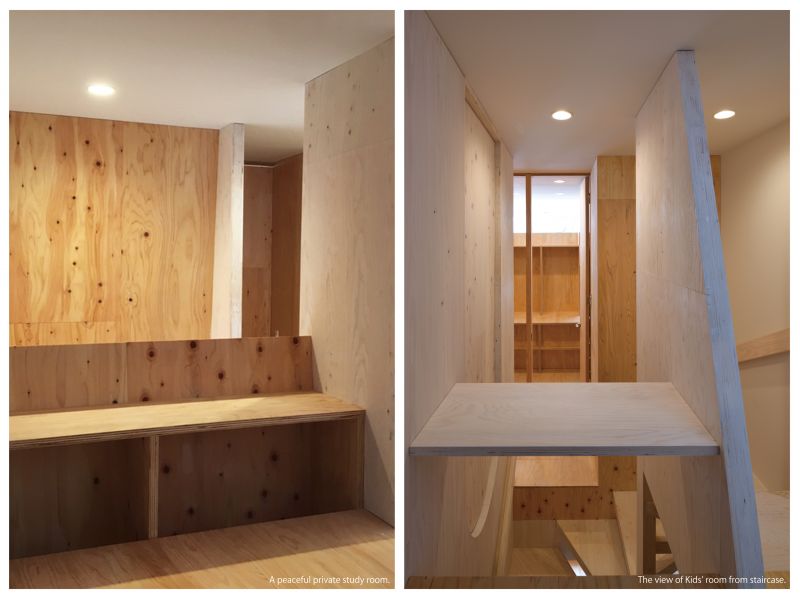 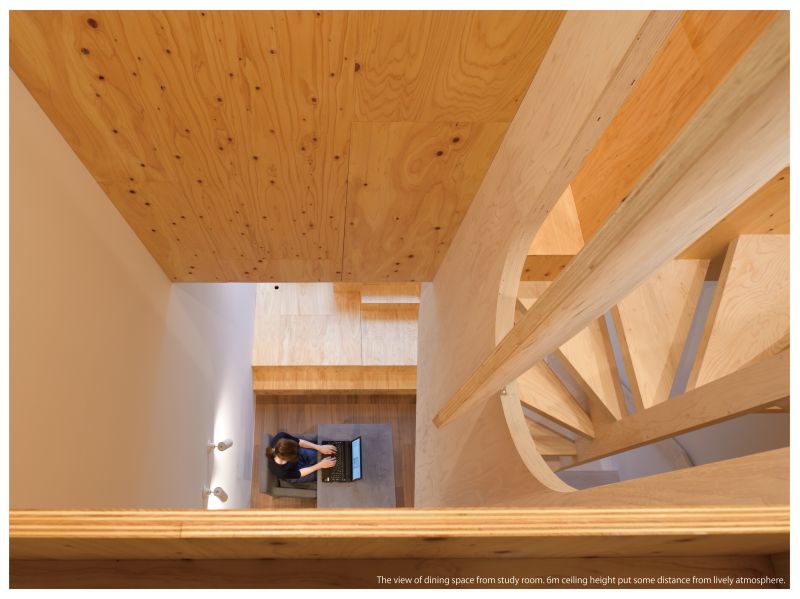 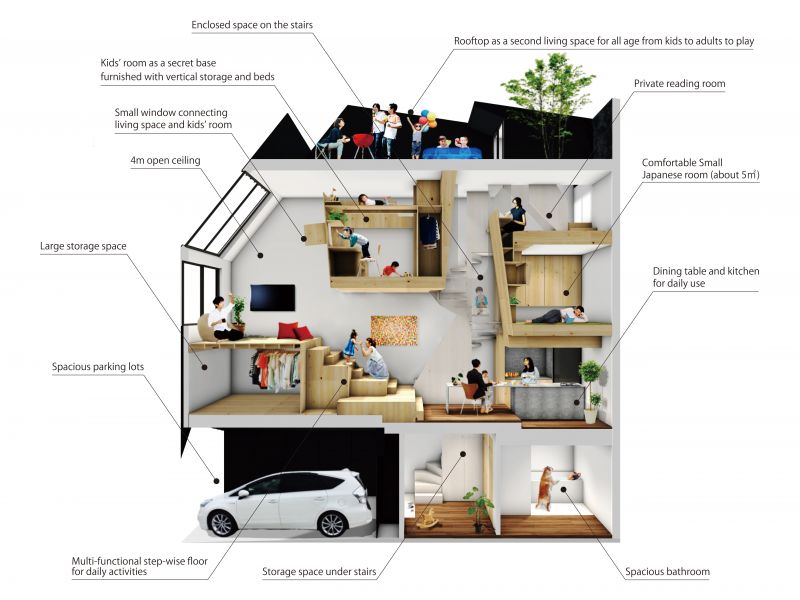 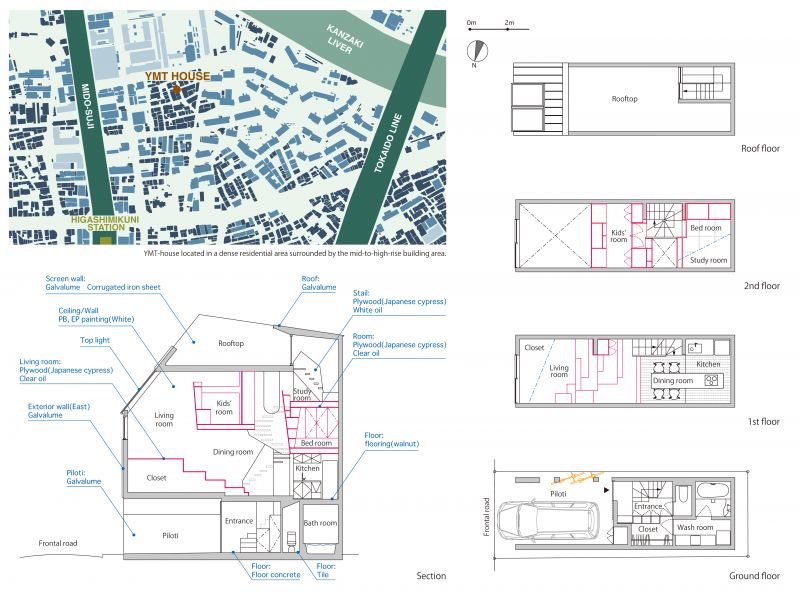 A detached YMT HOUSE measures just 49.5 sqm is located in the residential area filled densely with two storey wooden houses. The design plan manifest spacious living room for family of four, large storage and private rooms. Multi-functioned step-wise floor at LDK can be used as a playground for kids and stairs are directly connects to each room and also functioned as space for reading. While making the most of the space, to make each room as minimal as possible in order to maximize the space for living room where family gathered enable to advocate new experience in the small house living.

GENETO is a creative unit working on variety of projects from Urban design, Architecture, Product design to Art installation. To specialize in all kind of architecture design as well as interior and art installation, GENETO seek' the new imagination of creative value'. Working in cooperation with pivoto, a group company which specializes in furniture production, GENETO is able to achieve a consistent quality and service throughout project. Working on variety of projects without setting any boundaries, GENETO aim to generate new value that yet to be found.