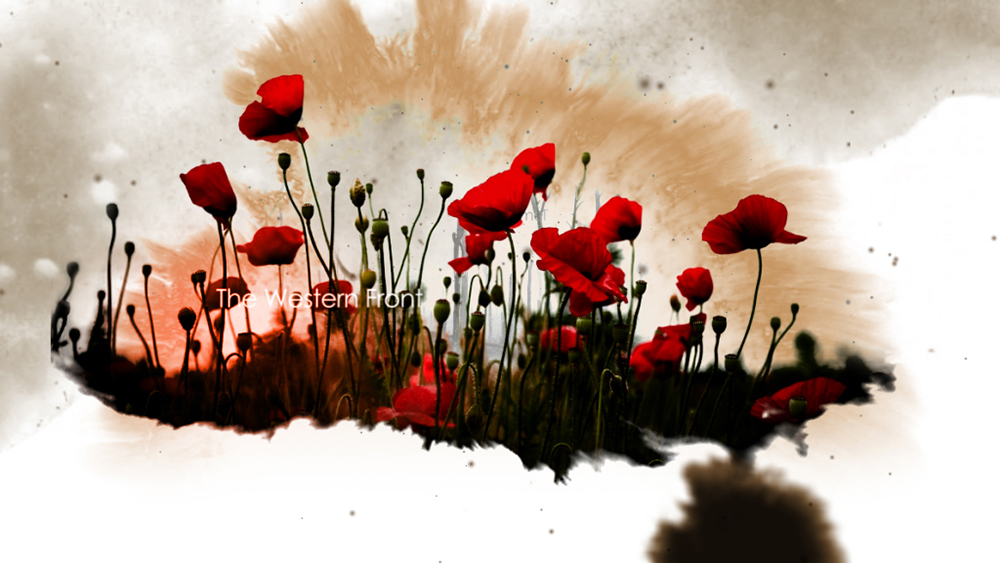 The Australian Broadcasting Corporation launched major coverage to commemorate the Centenary of World War 1. The landing of Australian troops at Gallipoli in Turkey on April 25th 1915 is a defining moment in the history of Australia.

The design for the broadcast was used throughout the year, culminating in major outside broadcasts on the anniversary. The design was used across television and digital platforms, including broadcast specials and as part of our news channel, ABC News 24.

The design was based on a combination of fluid watercolour shapes, old sepia photo emulsion texture and the hard edged horizon and V shape that represents the shape of the battlefield trenches. The red mark refers to the “going down of the sun and in the morning” from the Ode that is recited at dawn services. It included the feature opening titles design, but also set elements, pre-produced graphic based news items and station branding.