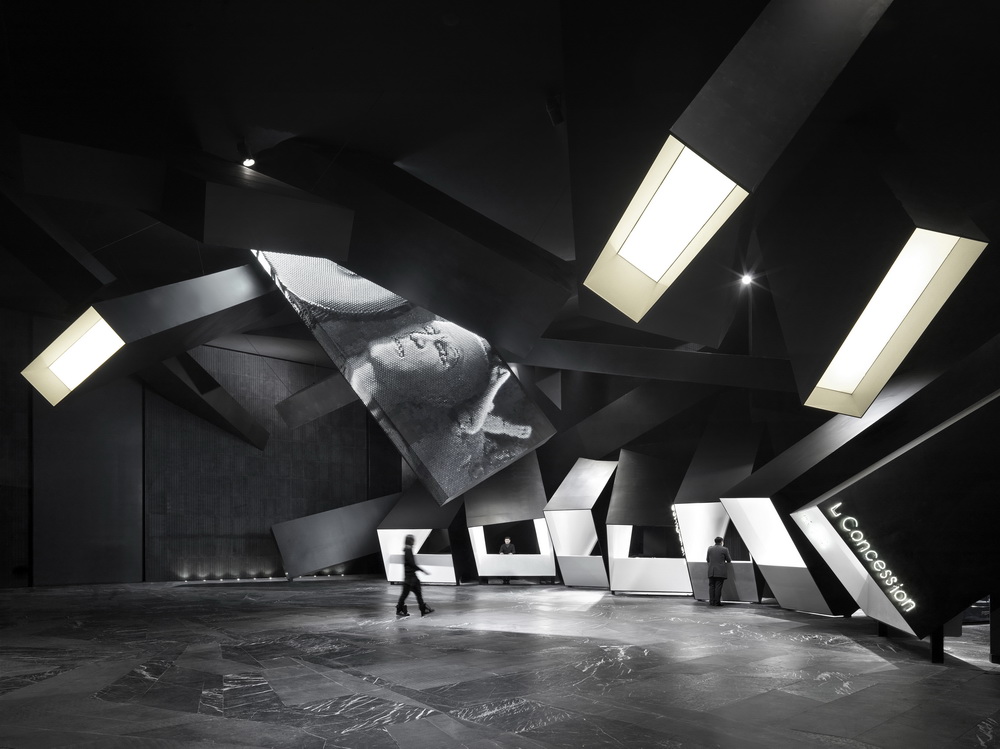 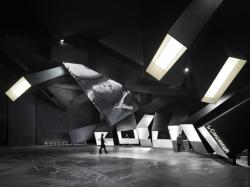 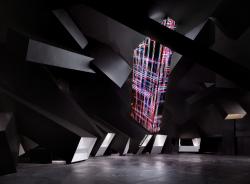 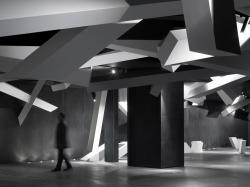 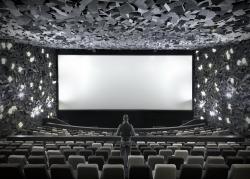 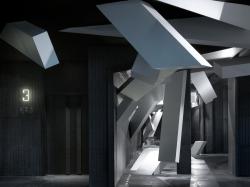 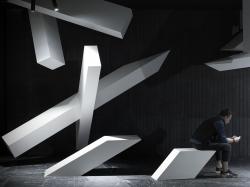 The designers embody the concept of ‘stars’ throughout the perimeter, which coincidentally matches the name of the shopping mall where the cinema was situated.
Upon arrival of the main lobby, scattered pieces of star patterns disguise among the background. The uncustomary forms of star patterns further trigger people’s imagination. The stones and tiles contour the impression of a ‘star’, without actualizing the definite form of it. By breaking up and rebuilding, the framework of the ‘star’ reformulates in the audience’s head. Wedges of wall visualize the 3D construction of a star. Unlike evenly distributed squares, stars comprise of uneven lines and angles. The auditorium prolongs the shape of a star. The walls are made up of layers and layers of 3D panels, which reflect the pattern of a star by light and shades.