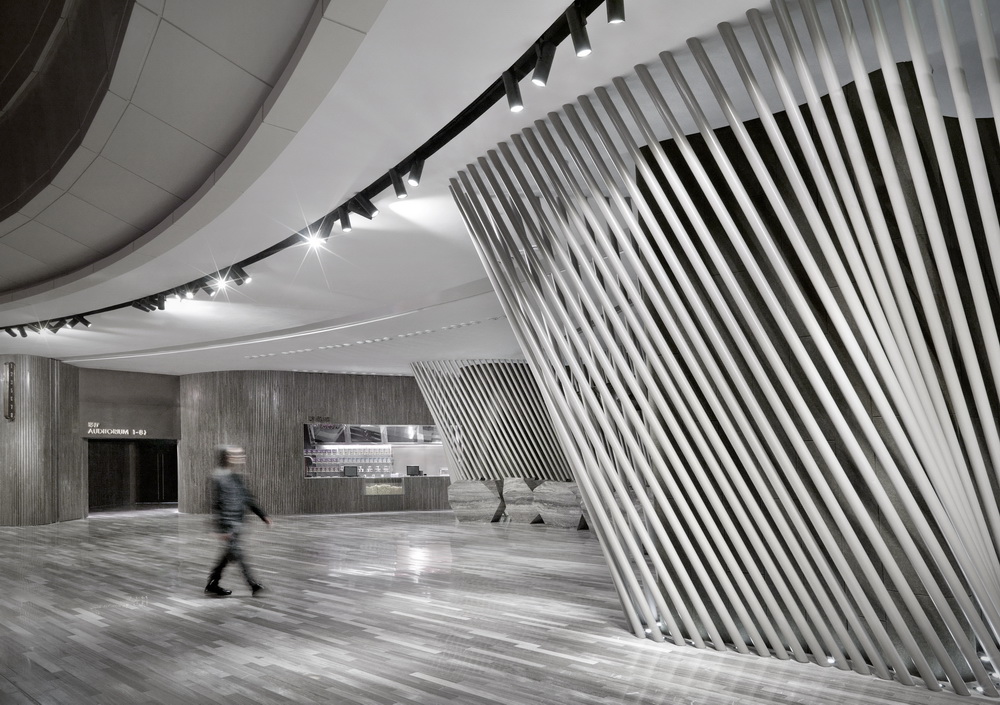 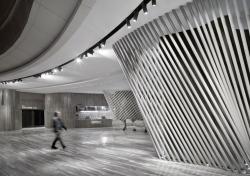 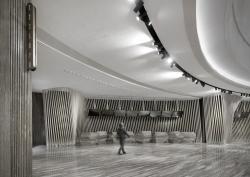 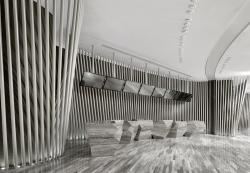 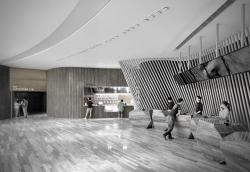 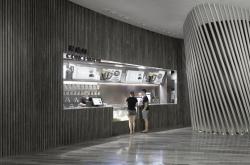 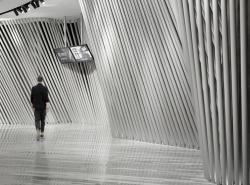 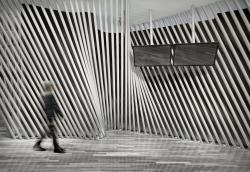 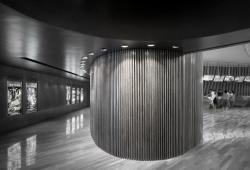 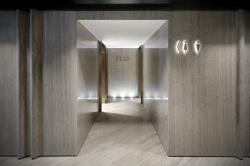 Blue and green are the two colors that one would associate with when thinking about the ocean. Breaking the social norm, the design team got inspired by the coastal geography, the study of the dynamic interface between the ocean and the land, particularly wave action, hence the creation of this magnificent cinema.

Upon arrival, the oval-shaped gigantic lobby greets the guests with its curvy form, just like the coastal line between the land and the ocean. Waveforms hide within the whole perimeter. Various lengths of rectangular tiles manifest the flooring, when looking from afar, are like the sea water being washed onshore, under the influence of the gravitational forces exerted by the Moon and the Sun and the rotation of the Earth.

Powder-coating metal rods were built along the lobby, simulating wave actions, falling and rising accordingly. When staring at this ‘wall of waves’, one may feel like standing onshore observing ocean surface waves, achieving a level of calmness as if hearing the sound of sea waves.

Sitting in the middle of the lobby are ticketing offices shaped like natural stones, blending in with the surrounding. Guests waiting for the movie opening could rest at the book café. Apart from the flooring patterns, the bookshelves and ceiling decorations also stick to the waveform theme. Flat rectangular forms stretching from the ceiling curves along the book café façade with different angles, depicting another work of great aesthetic appeal.