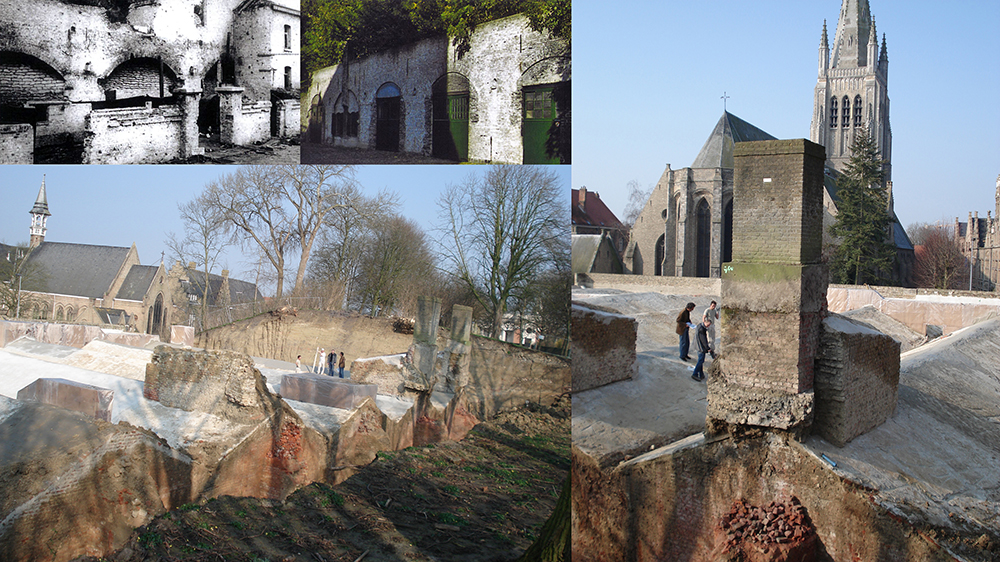 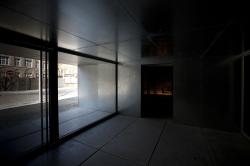 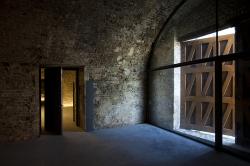 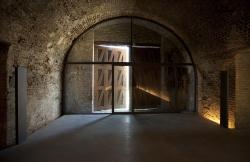 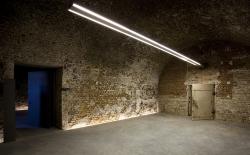 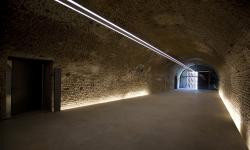 Underneath a rampant of a fortified wall, lie the remnants of the once large complex of fortifications of Ypres, called “Kazematten”.

Built in 1680 by a mythical French Marshal, the “Kazematten” are known for their rich history. Serving as a bakery in WorldWarI, the vaults became a bomb shelter in WorldWarII, later served as cooling rooms and various purposes in the sixties.

The classified monument consists of five individual oblong spaces, enclosed from the street by a double gate. The internal connections between the five spaces are very limited or in some cases non-existent.

Because of the particular division and interrelation between the existing spaces, it was crucial to develop a distinct organisation scheme for a new set of functions. As a result we focussed on the proximity of the bar/restaurant, the reception area and the meeting room.

The lobby in the second area operates as a link between the first three vaults. The first vault contains the meeting room. Throughout the existing doorways to the second vault, the meeting room can be connected to the restaurant. This way the first vault can also function as a support for the restaurant or for multi-functional activities. The third vault holds the information desk and exhibition. The internal connections between the bar and information area are also made through the existing openings. This way we preserved the existing space as much as possible and made it possible for the complex to be partially exposed to the public without needing a specific arrangement of the individual spaces.

The design retains the existing materials as much as possible and merely restores their historic content. The few new implemented functions, have a distinct modern character, forming a dialogue between old and new. This will strengthen the historic content.

“The work of the Russian artist Malevich transcends the figurative, the narrative, the identifiable… to attain an abstract dimension of both mathematical and artistic concepts like proportion, dimension, modulation, composition, balance ... With suprematism he meant the domination of the pure emotional experience in art.

We also aim to attain this abstraction, this transcendence … in our schemes, ever starting from a functional analysis of the programme and the surroundings, along with artistic vision, resulting in an authentic concept that remains linked to its content and location.”