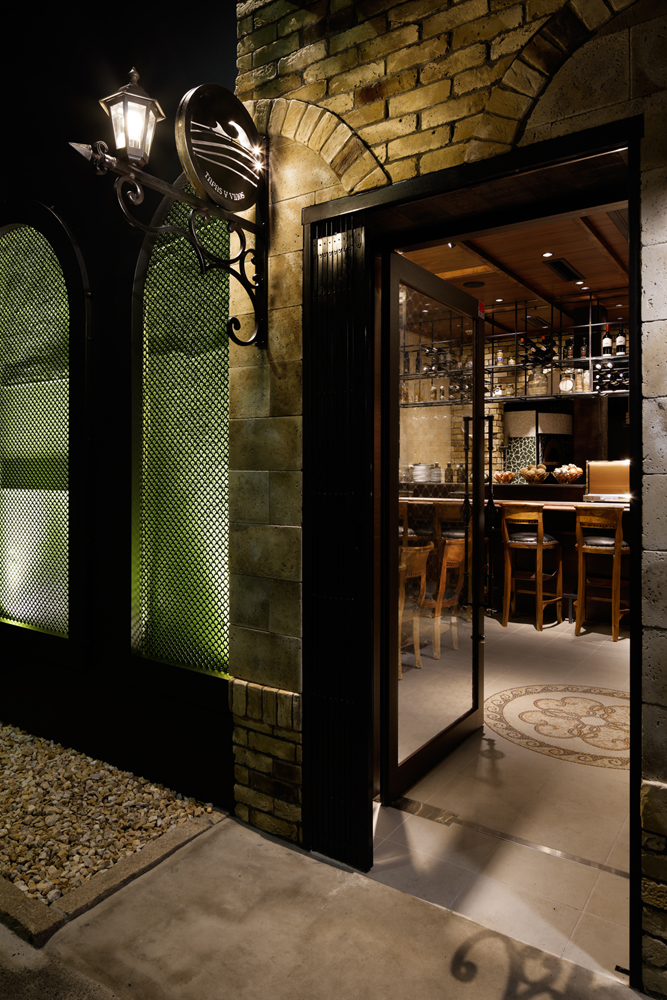 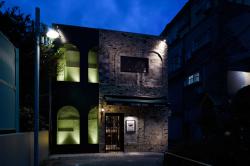 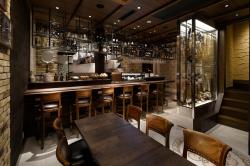 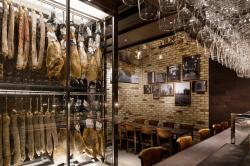 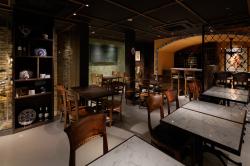 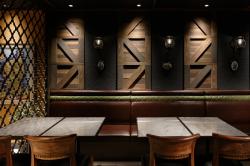 “Mar y Tierra” is a restaurant that provides Spanish cuisine and wine. It stands at the end of the back alley with high level visibility. Spanish buildings’ usage change with lapse of time. And you can see this from the appearance of the buildings’ exterior or as a total. There are many interesting building examples where the old and the new coexist well. This time, we were inspired by this present Spain, when designing Mar y Tierra.
This is a two story building. Firstly, to make an impressive façade, we filled in the missing gaps of the wall partially to design one large surface that will connect to the other walls. However, in order to emphasize the new ideas that we added to this existing building, we did not just line up the walls but also changed the materials and lighting productions. This is to incorporate the inspiration mentioned above and we have succeeded to maximize the potential of this building.
There is an open kitchen and group seats on the first floor, and main dining on the second floor. We created a custom-made open ceiling space to connect these two floors so that they won’t look uneven. This indeed will enhance the relationship between these two floors, and also will become one of the main characters of this restaurant. It will exceed the demerit of the decreased number of seats on the second floor.
We used warm style materials for the total design’s image. Images of Spain’s “Taverna” which means tavern in Spanish and “Wine storage”. To capture the customers’ interests, we removed the “newness” and organized with the essence of contemporary atmosphere which will never fade.

Aiji Inoue, after graduating from Meiji University, Department of Architecture
in 2001, he worked as an interior architect for 11 years at a famous
Japanese design studio.
In 2011, he established "Doyle Collection co. ltd.", Tokyo based,
and is the current CEO of this company.
He has been creating numbers of highly evaluated projects.
Special feature of his work is not a scene but sequence.
In just a year, his career expanded from Japan to Asia and Europe. Aiji Inoue’s work is been widely praised for the method of utilizing
unpredictable and unique material combinations.