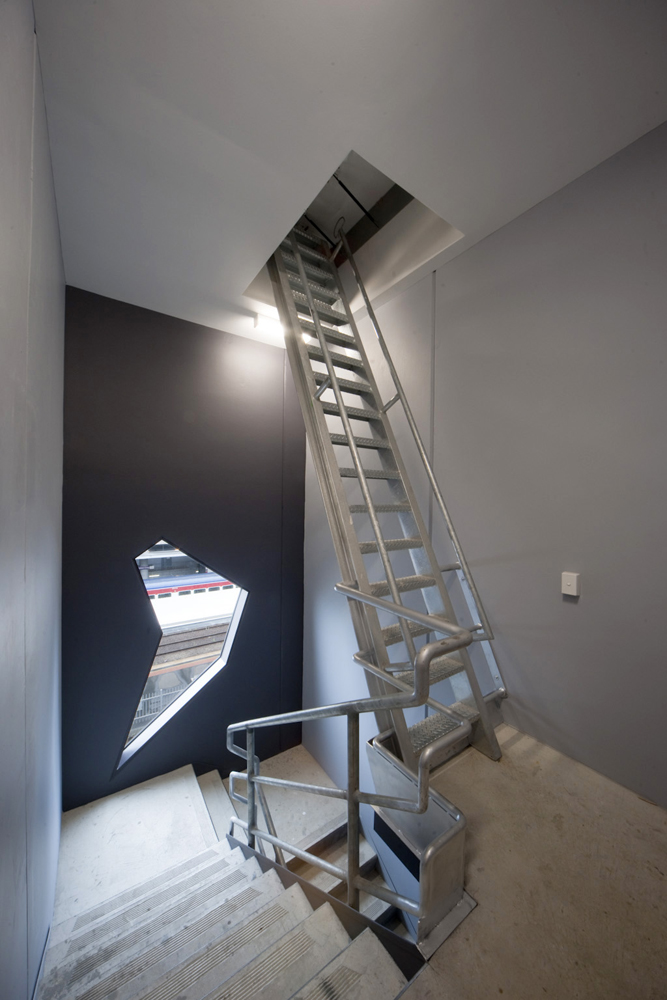 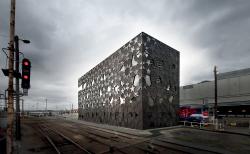 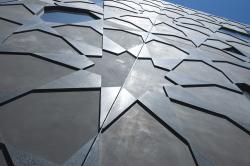 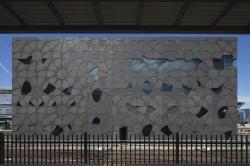 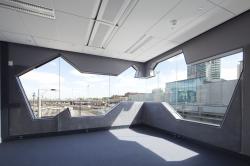 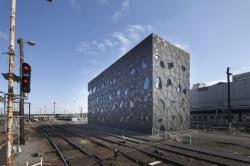 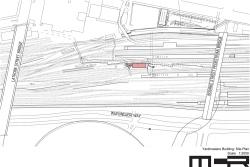 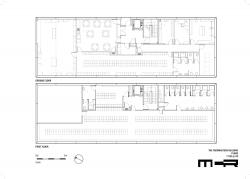 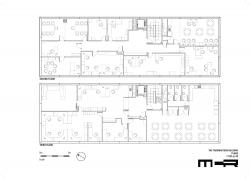 The Yardmasters Building is an operations facility located on an island site within the Southern Cross Rail Yard. Typically, a service building inaccessible to the public like this would be treated in a pragmatic and unremarkable way. In contrast, the Yardmasters Building confidently presents itself as a ‘public’ entity. Viewed in the round, it offers itself back to the city as an exquisite, mysterious box: a jewel in the junk-heap.

The project involved extensive consultation with representatives of the diverse users, their respective union representatives, and management and associated authorities. So that the building’s public interface would not be contingent upon the inevitable machinations of this complex stakeholders mix, the planning was contained within a simple flexible shell. Internally, the building is robust and matter of fact. A rational system of glazing integrated with the repeated external pattern allowed each room to have at least one beautiful and exotic window.

The external walls are made from a double-skin precast concrete system requiring a combination of production processes not attempted before. On the external face, a simple tiling pattern was formed and the relief polished. As it ages, the patina of the façade will express its environment, as if it had always been there or simply emerged from the ground. Windows are sealed from airborne particles and the fumes of the rail environment.

This building is moody. With the Melbourne weather, these moods change rapidly. In providing interest and delight to the rail experience, this ‘Southern Crustacean’ is a building that says that public infrastructure matters and, by extension, that the public matter.