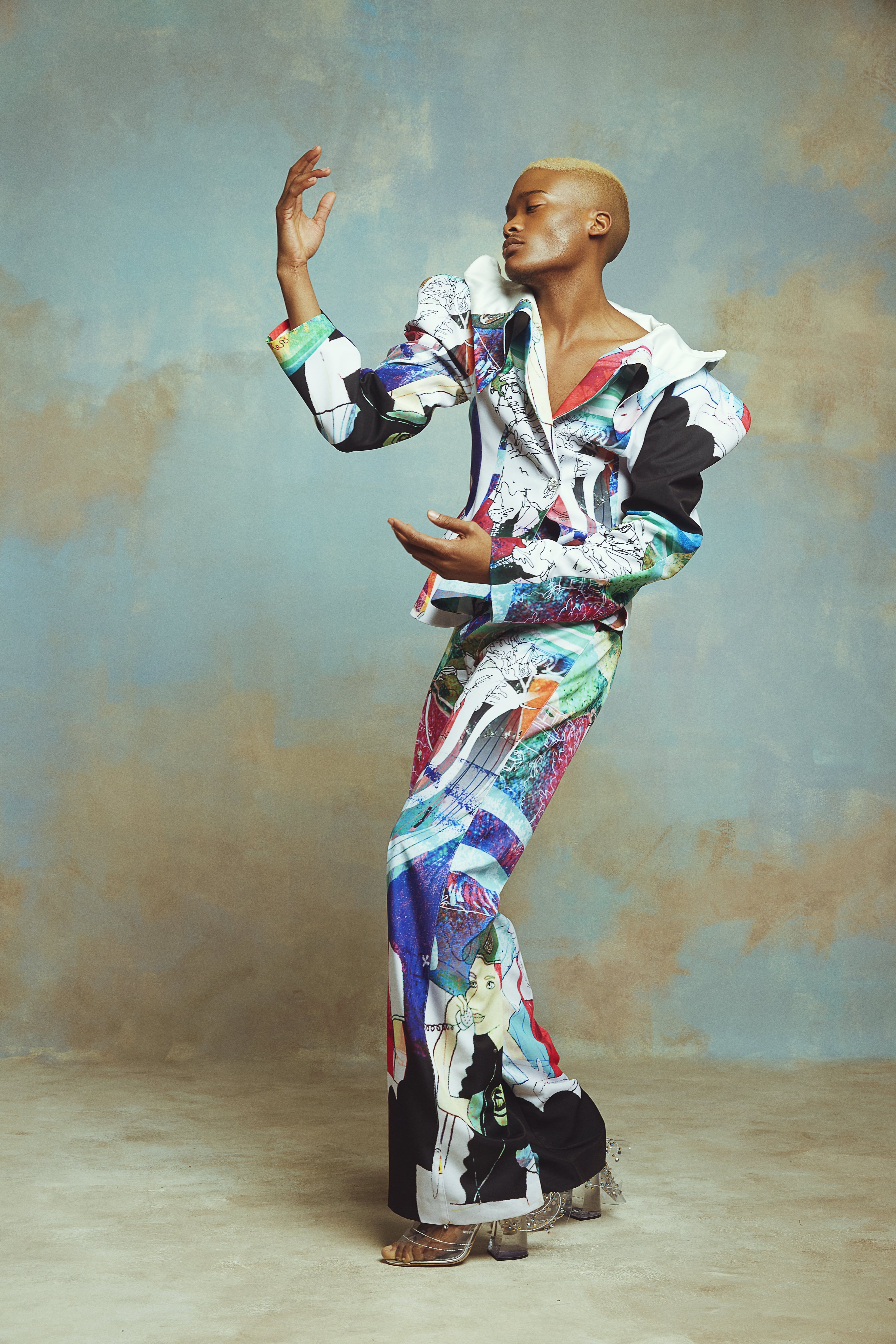 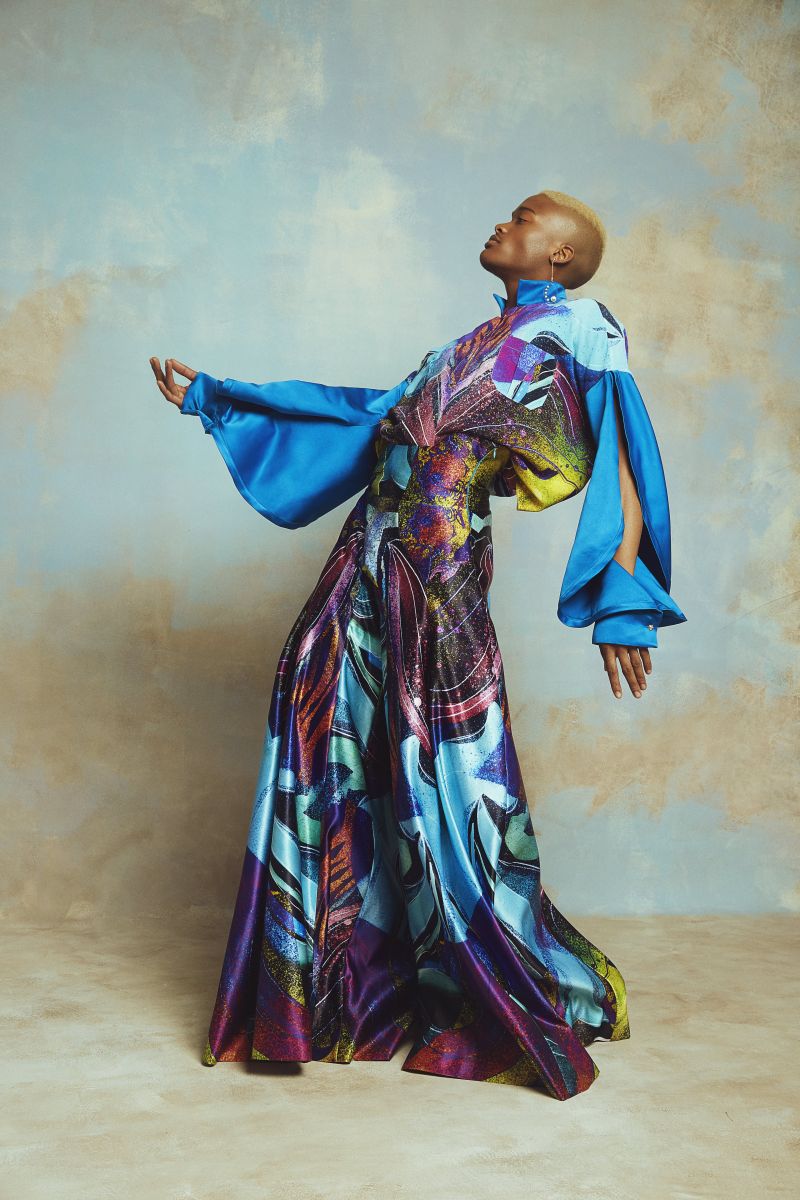 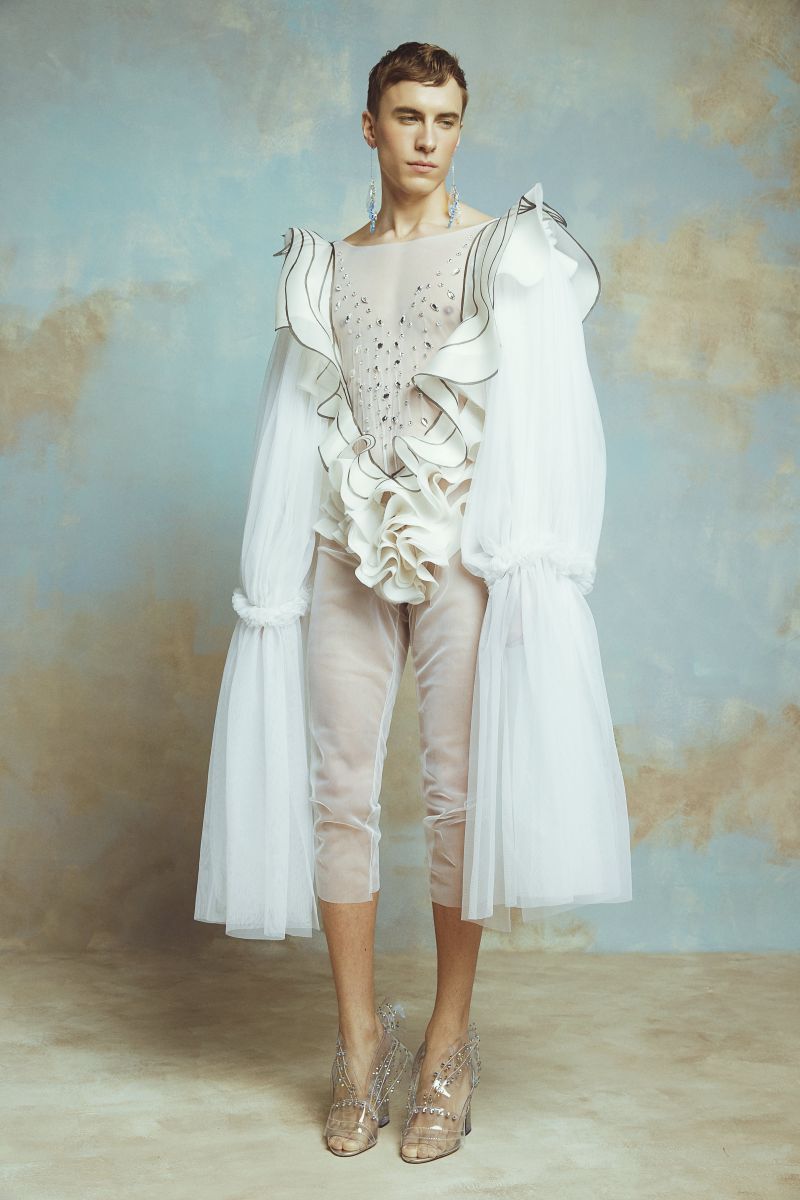 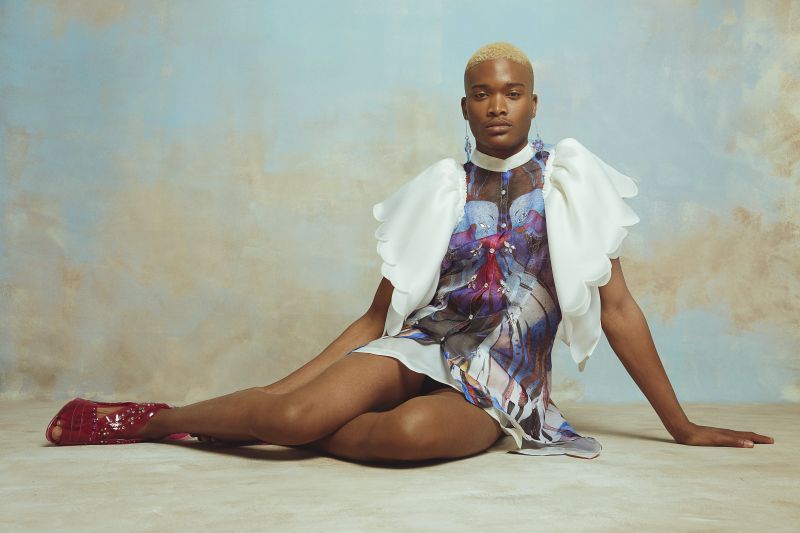 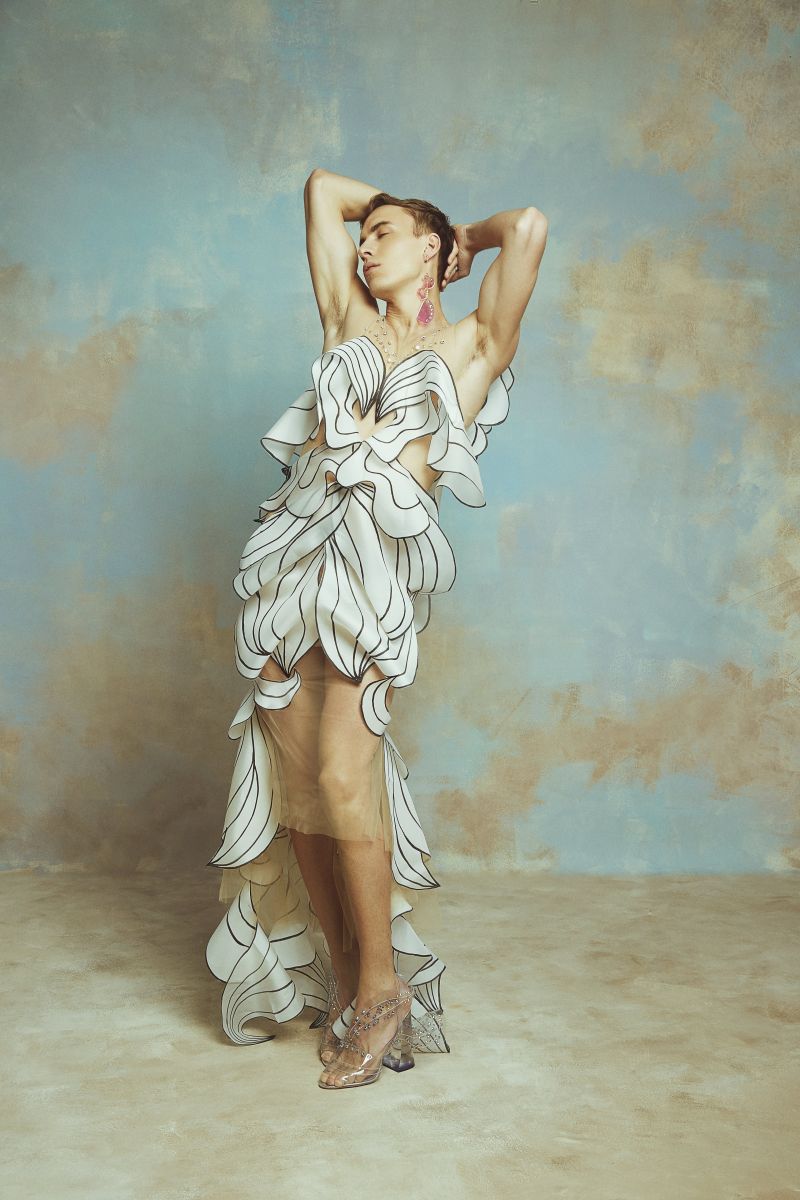 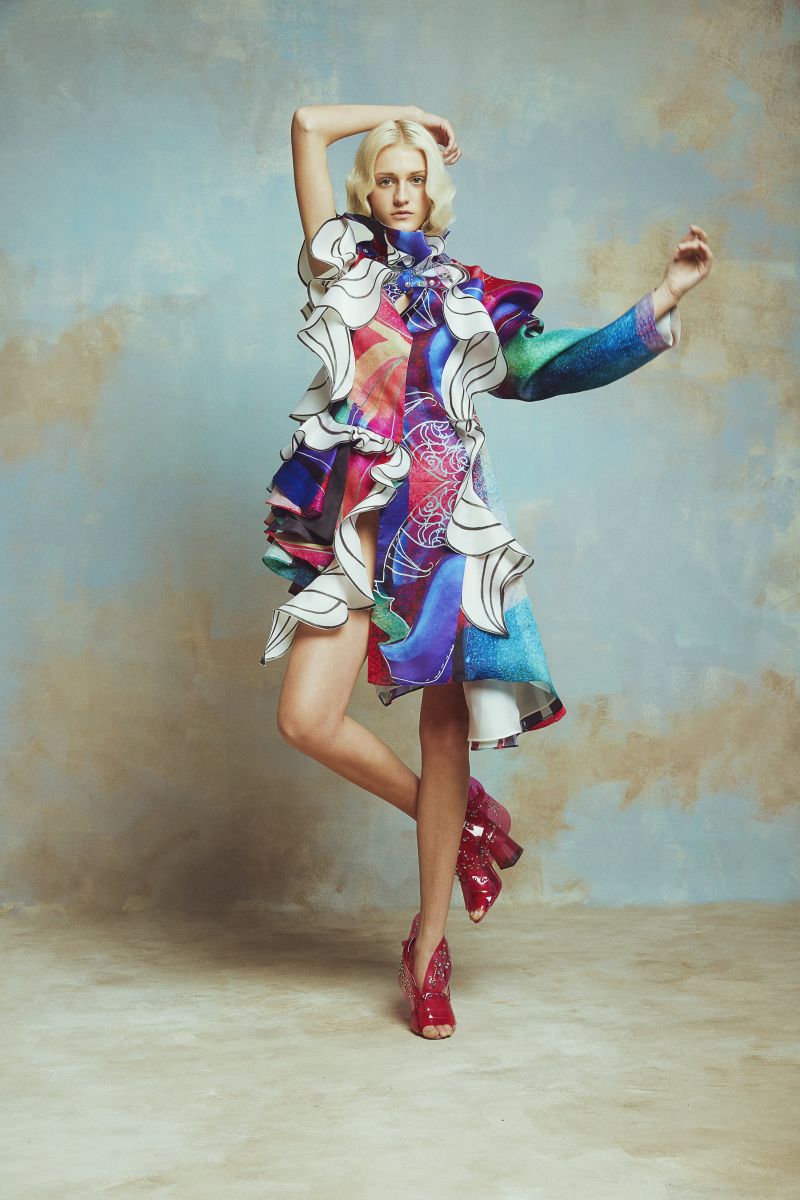 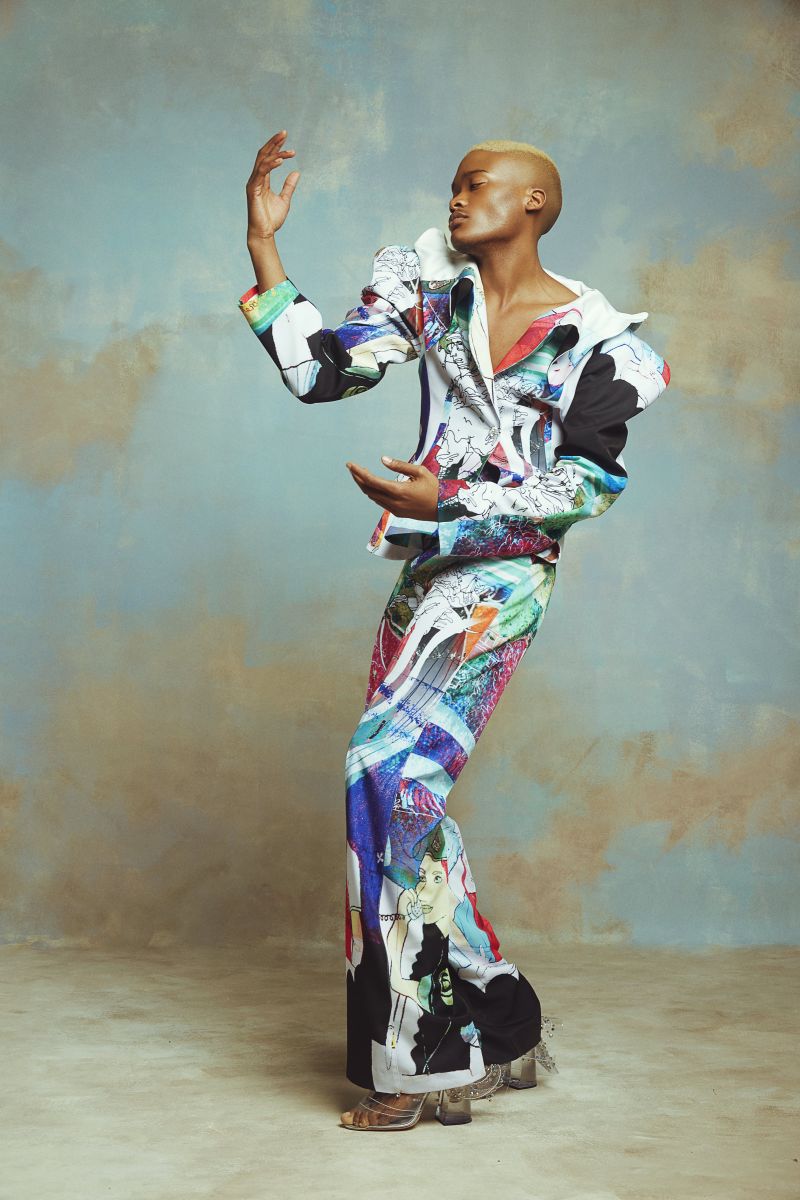 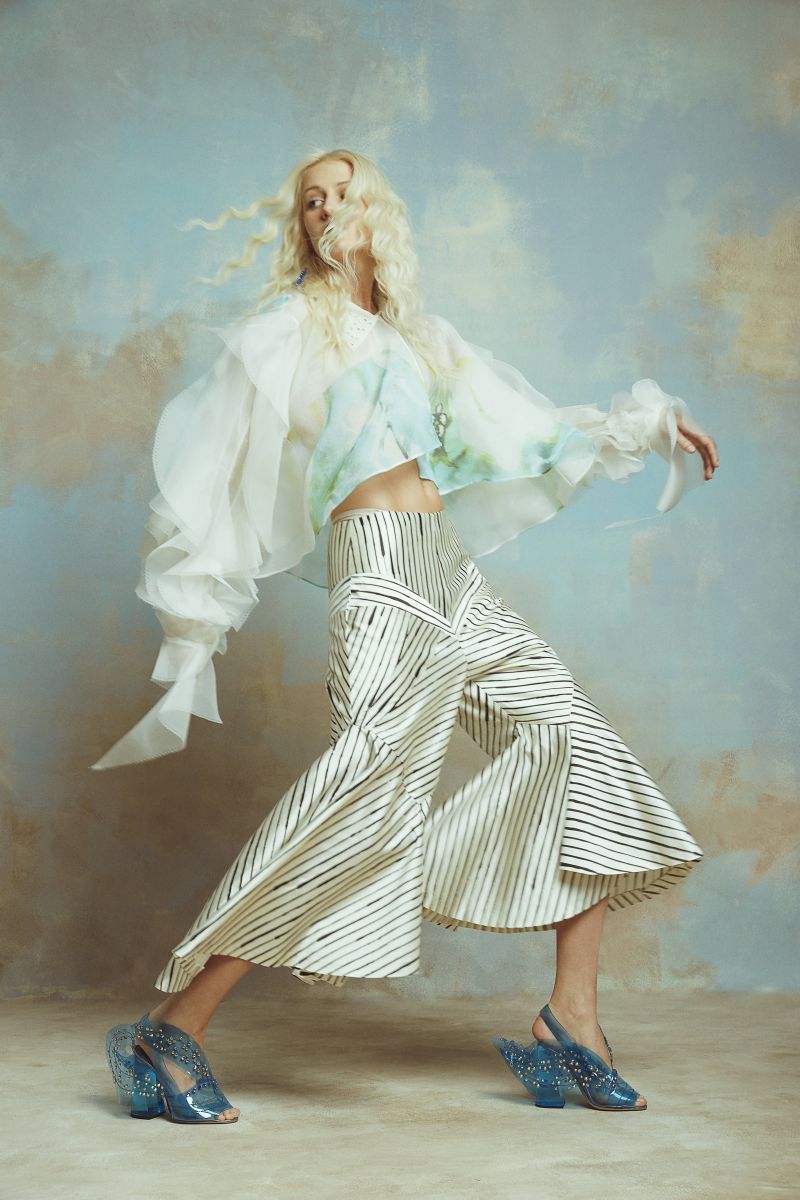 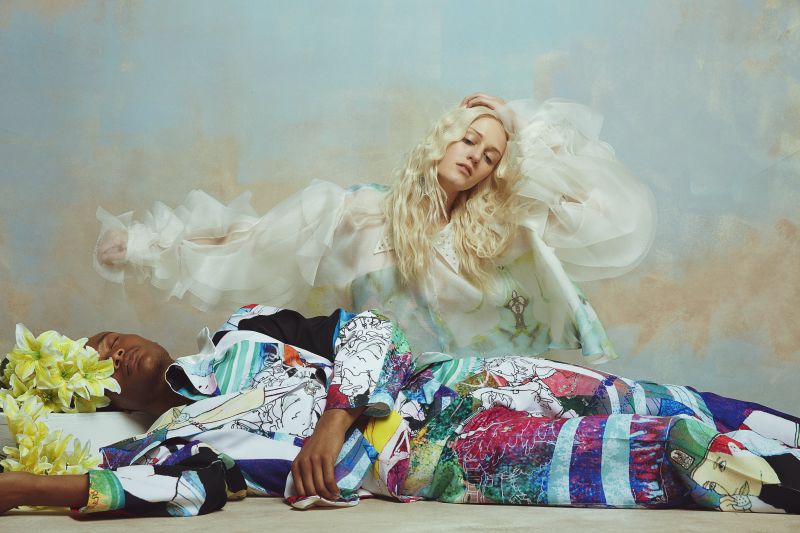 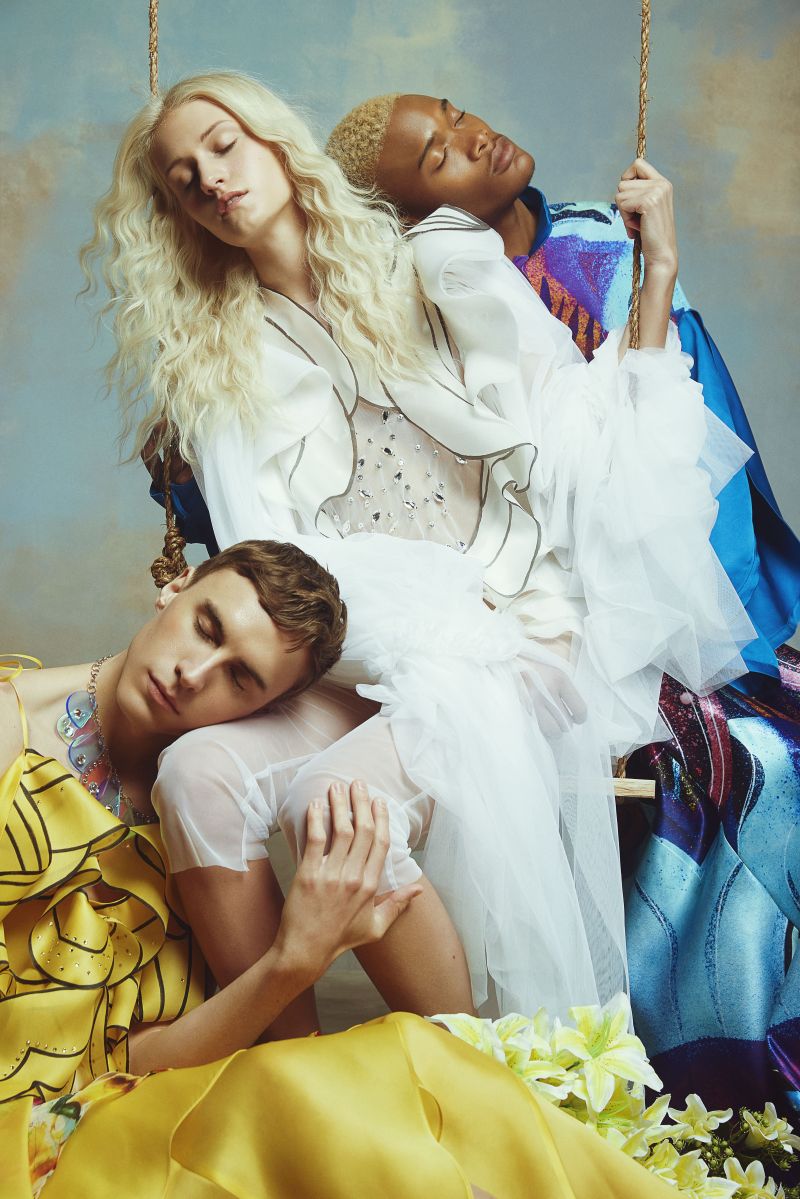 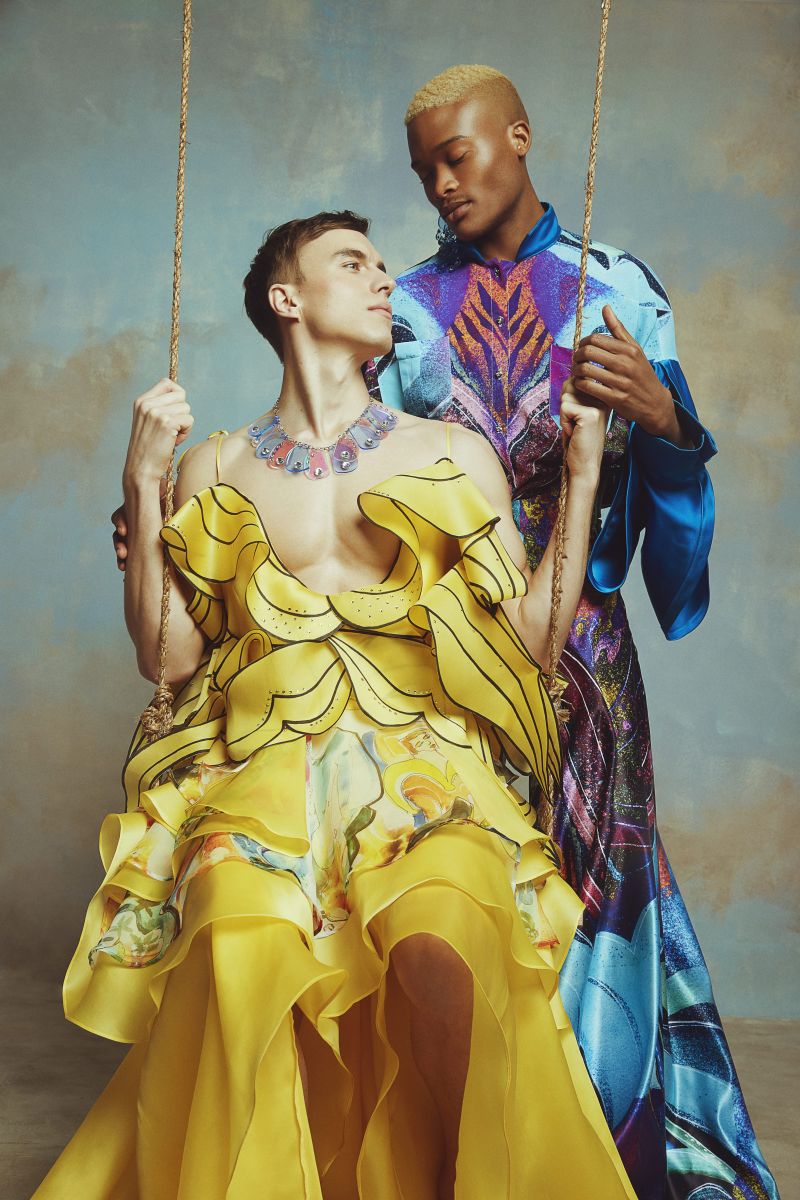 ‘Impression of Tomorrow’ envisions the atmosphere of heaven, a diverse and inclusive environment, where everyone is equally accepted, regardless of gender, ethnicity, and background.

The collection is a series of poetic imagery that narrates the designer’s personal story of suppression, liberation, the redemption of the past, and faith in a better future.

It is a dedication for those who fight for the fluid beauty by illustrating the impressions of transfigurative movements and gestures of true freedom and equality.

Subin Hahn is a New York based designer from South Korea. Taken from traditionally feminine elements, his designs challenge traditional mens and unisex fashion aesthetics, aiming to provide equality in the current fashion industry, while embracing his or her own ambiguity and fluidity.

Based on his belief that art is a spiritual activity that conveys one’s faith and belief, he aims to help the wearers bring out their own spirits through his designs and to give hope of a better future, by creating the illusion of a world that he wishes to belong with.