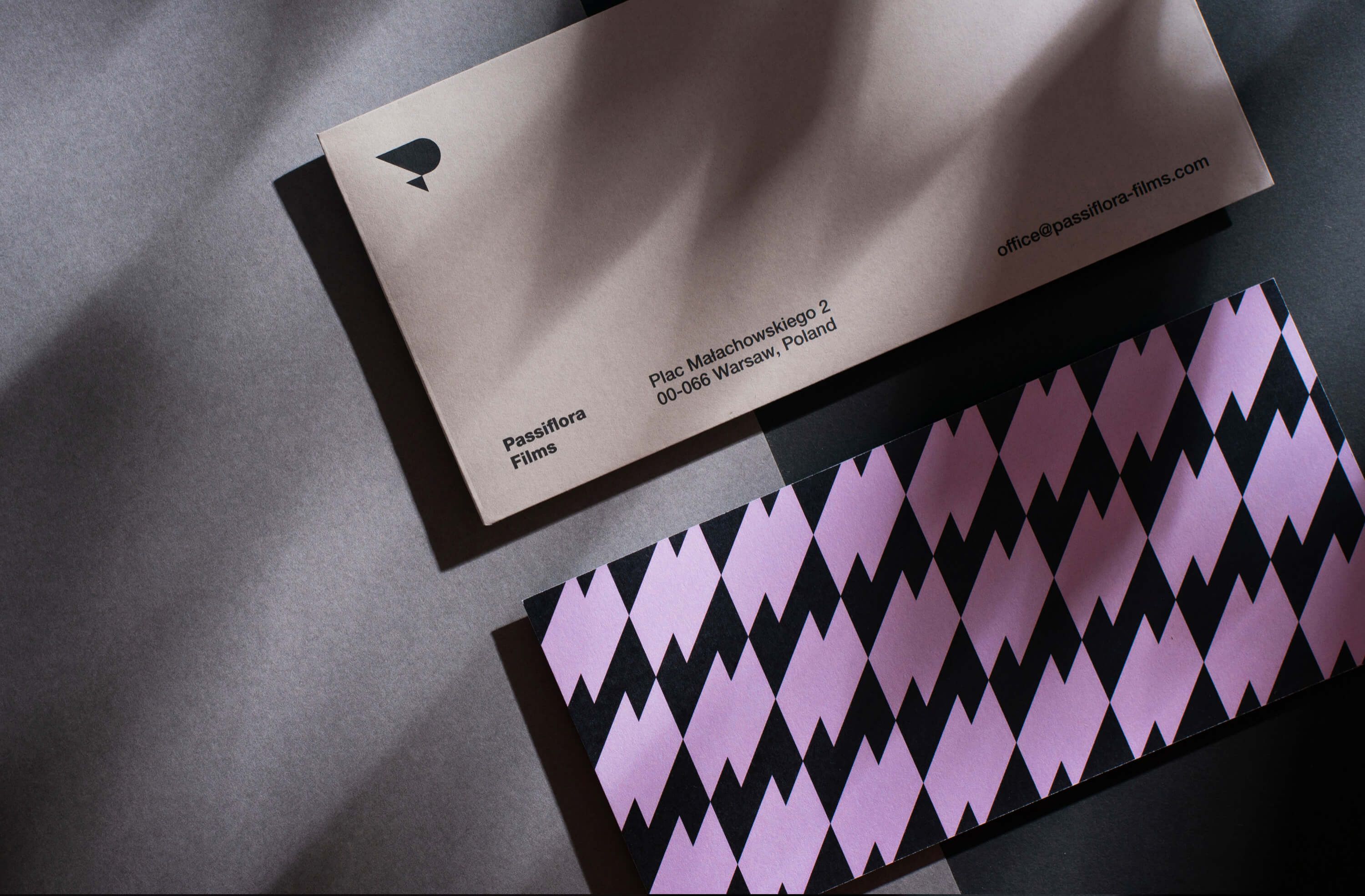 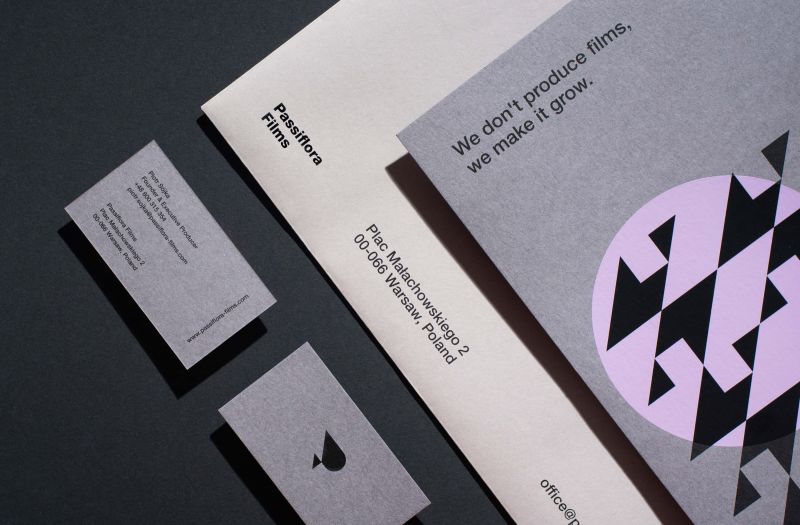 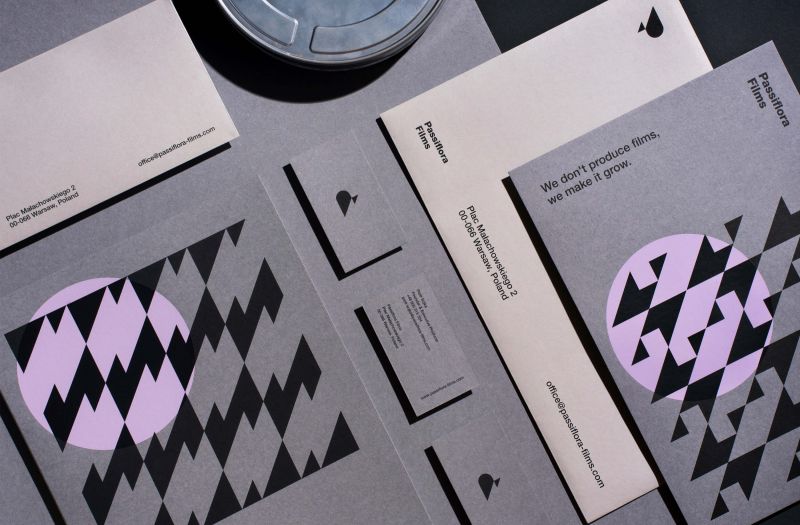 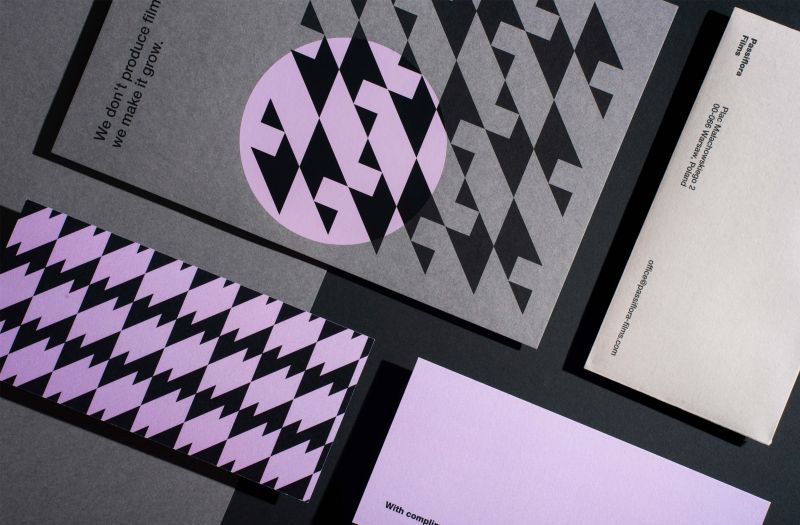 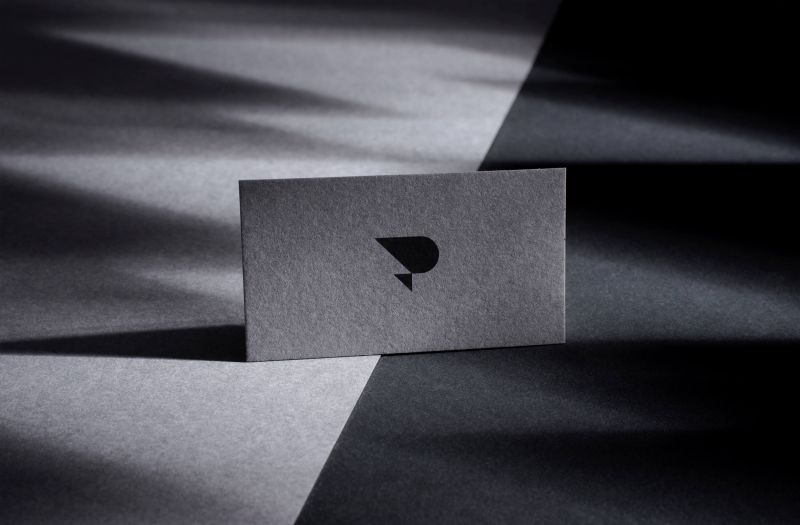 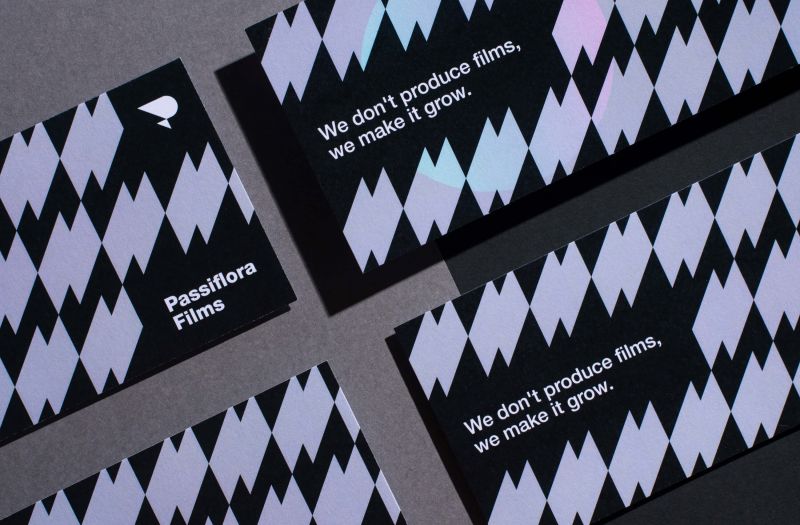 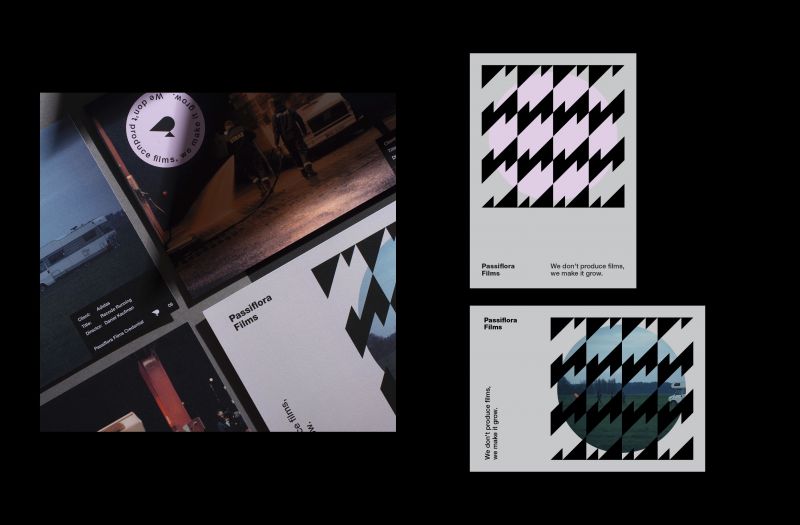 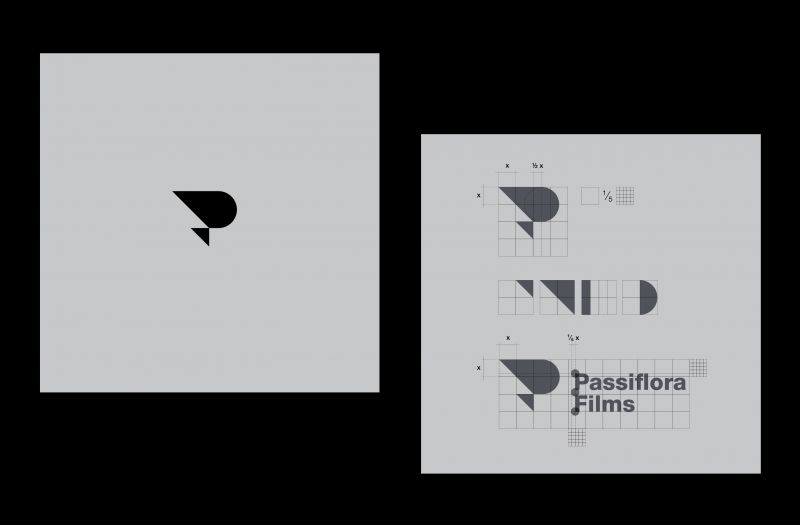 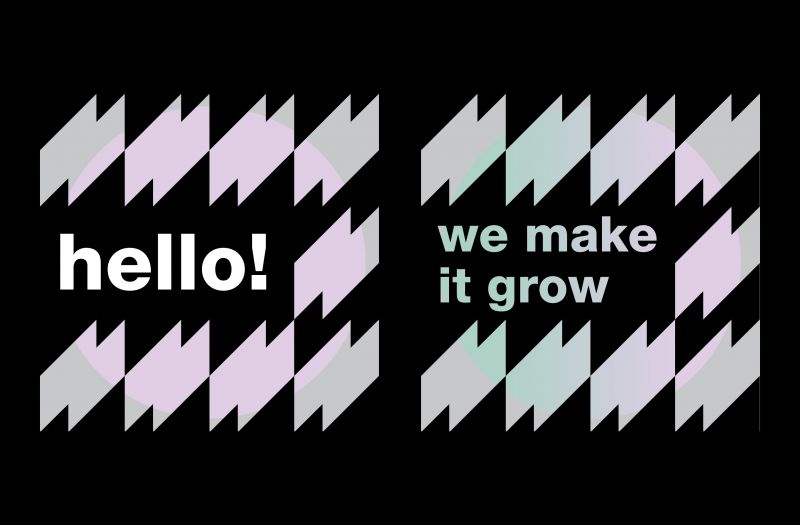 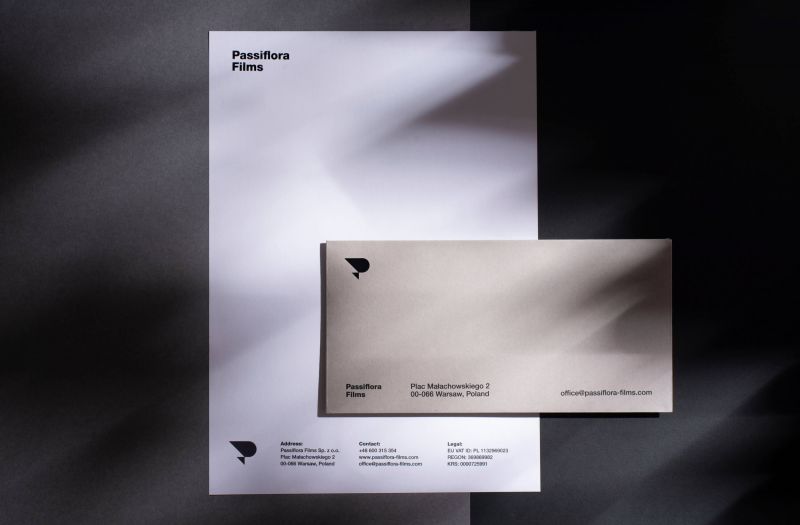 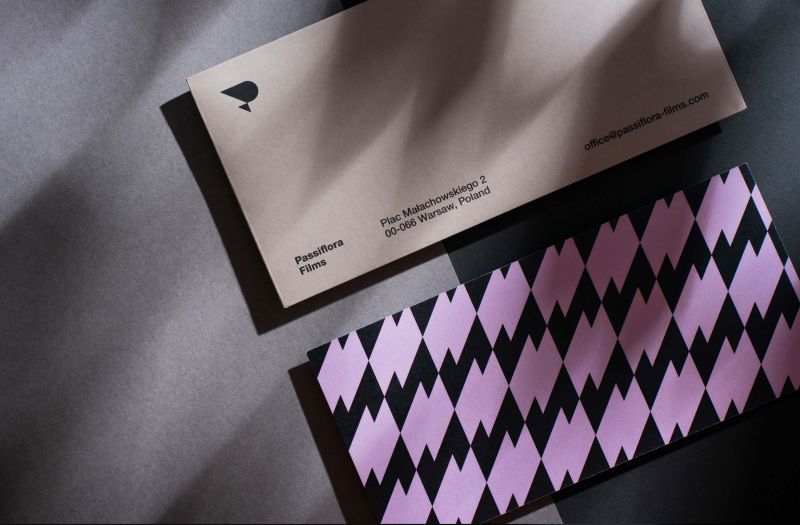 Passiflora Films is a film production company based out of Warsaw, with over 10 years of production experience in the Polish and Worldwide markets.

The symbol was developed as a result of simplification of the letters 'P' and 'F'. The letters are reflected in basic figures such as the triangle and the circle. Elements of the symbol have been used in the patterns and are more widely used across the whole visual identity system. Patterns also fulfill the function of a modular grid, in which elements such as a logo, logotype or promotional slogans are placed in various arrangements.

I am a graphic designer with a multi-disciplinary approach. I’m focused on visual identities but also work in a wide range of graphic design fields including web and publication design. For over a decade, I’ve been working of on a variety of projects for both international and domestic clients. I value clear communication and care about details. My approach to design strongly relies on in-depth understanding of the project context and the client’s needs, followed by an execution of a functional and effective solution.