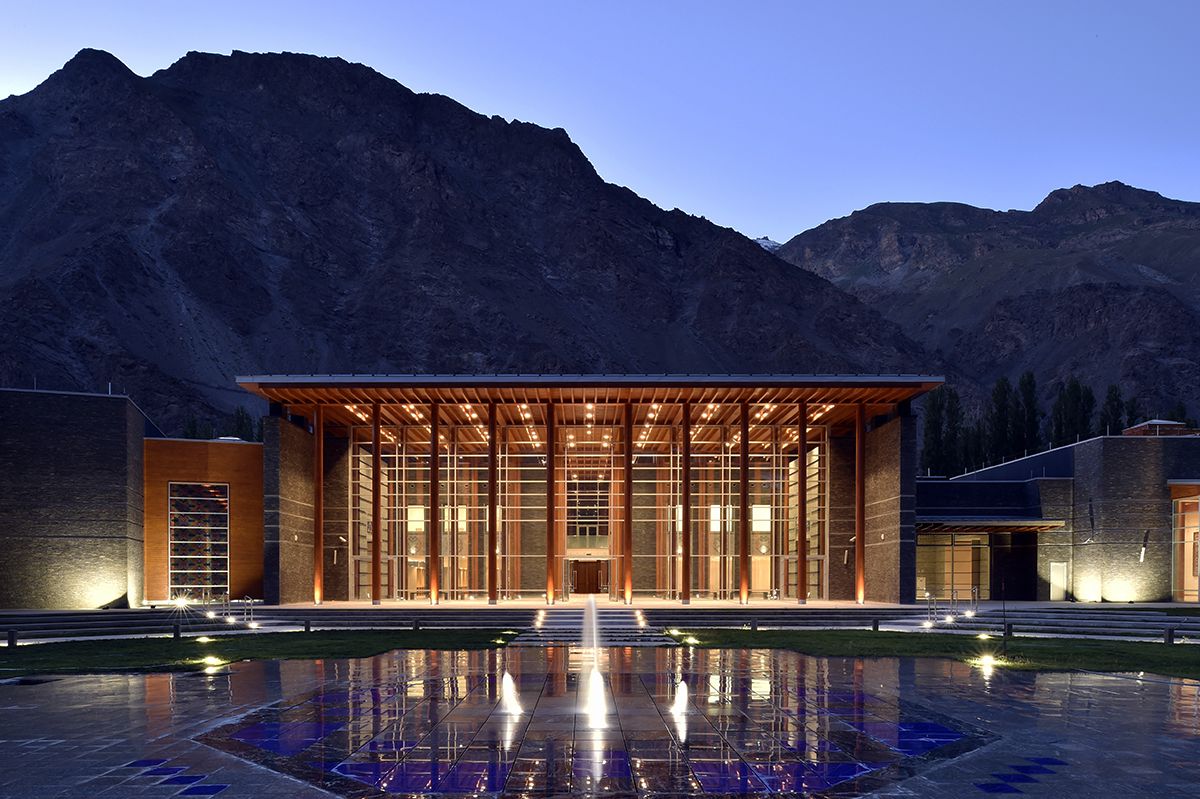 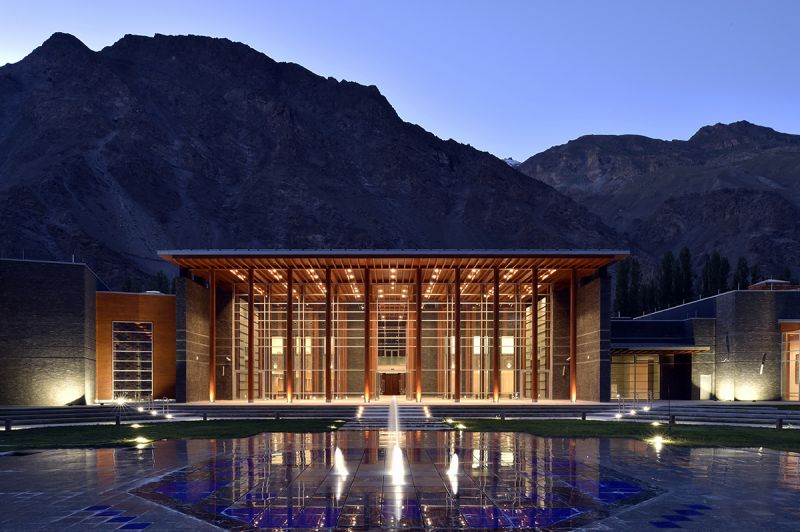 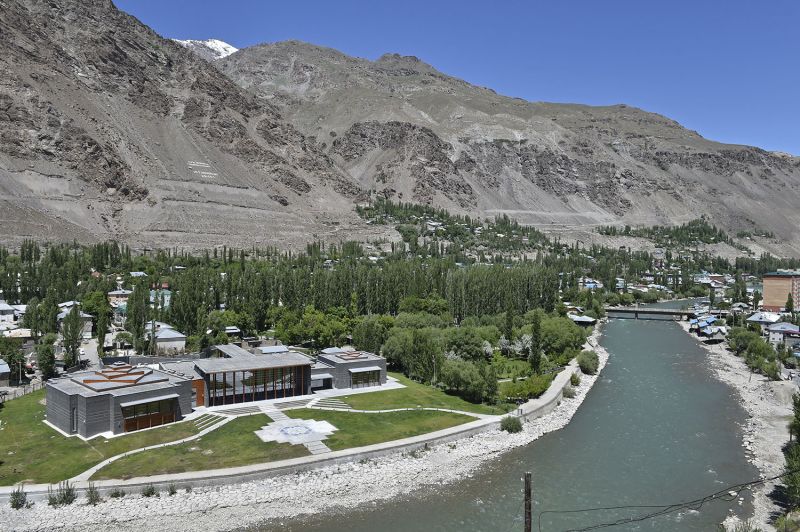 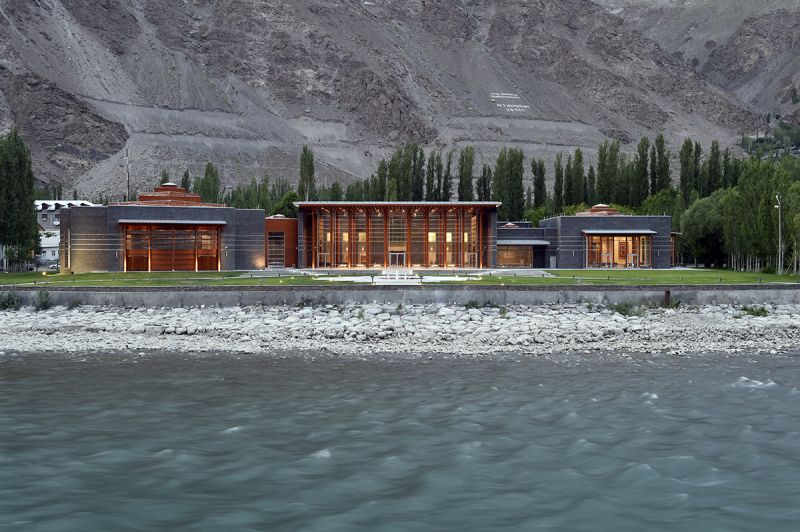 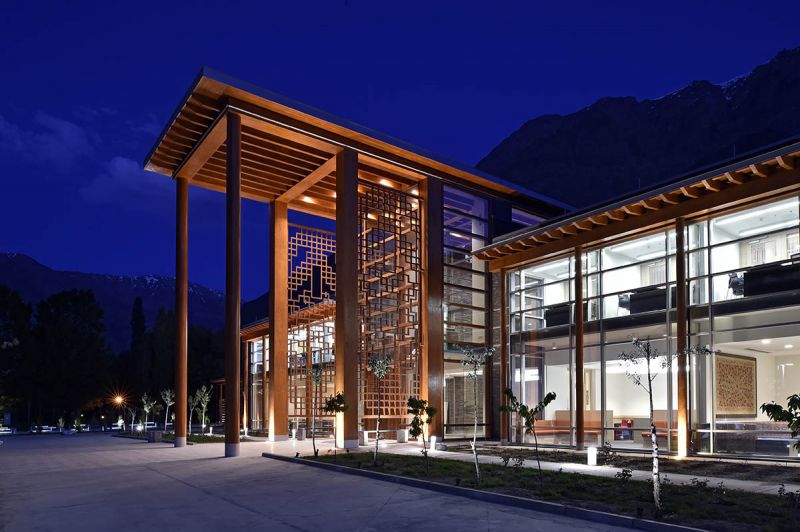 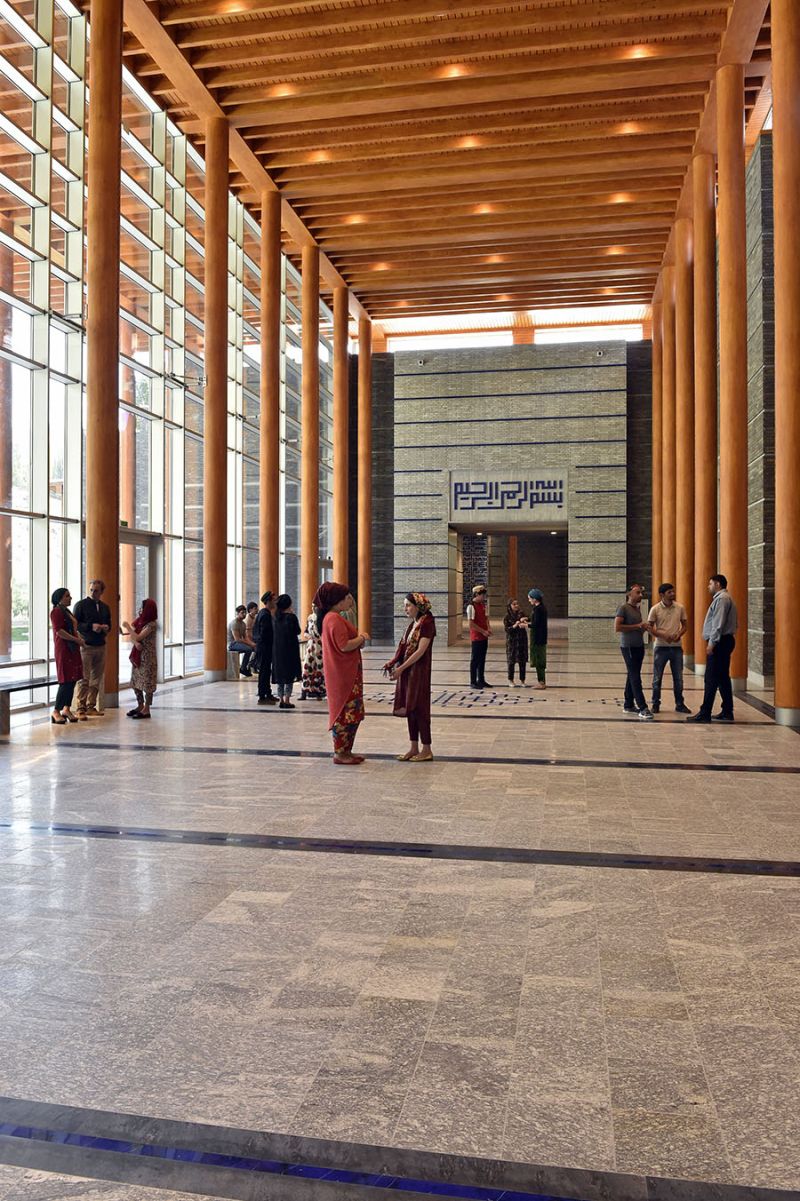 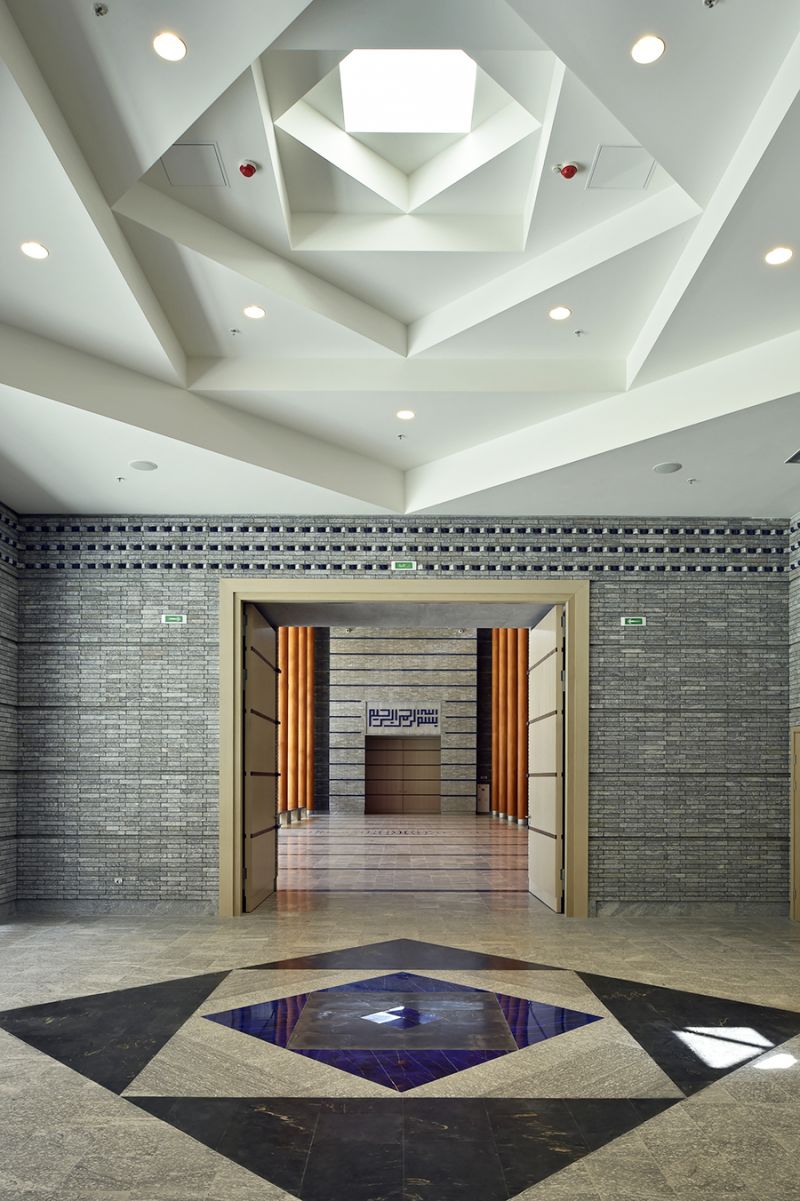 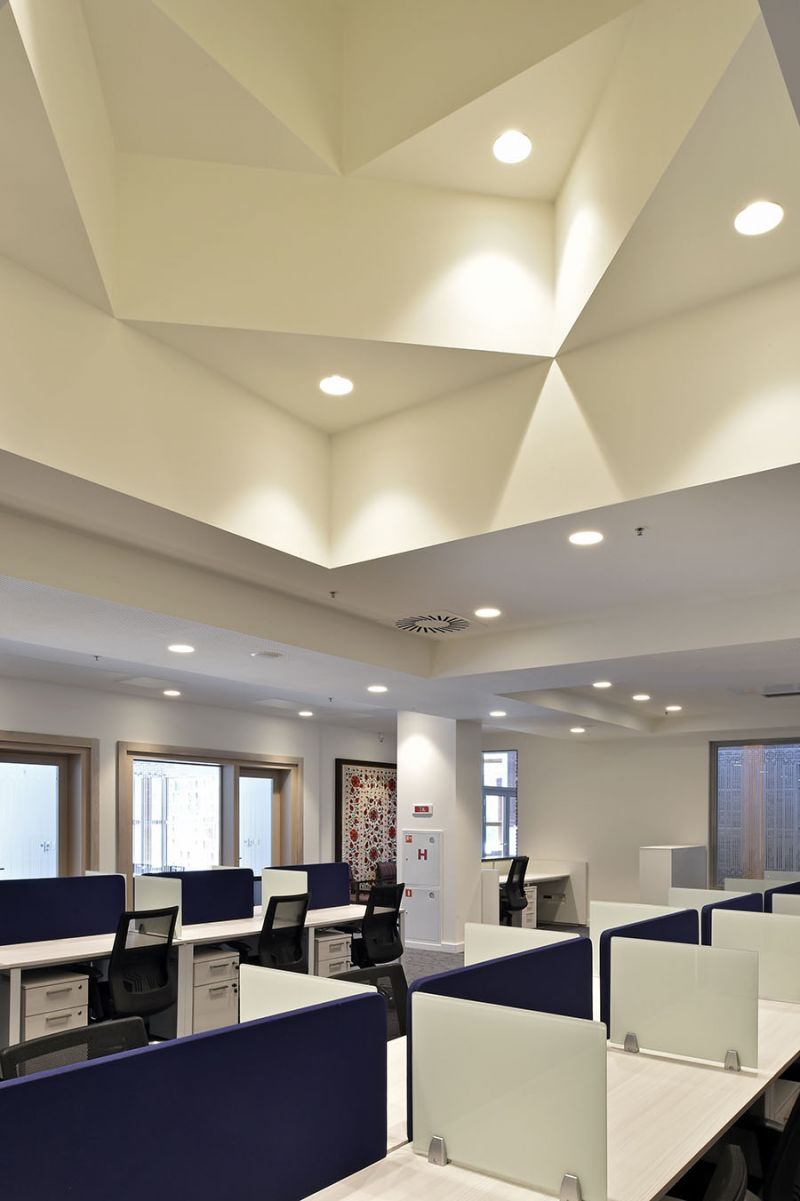 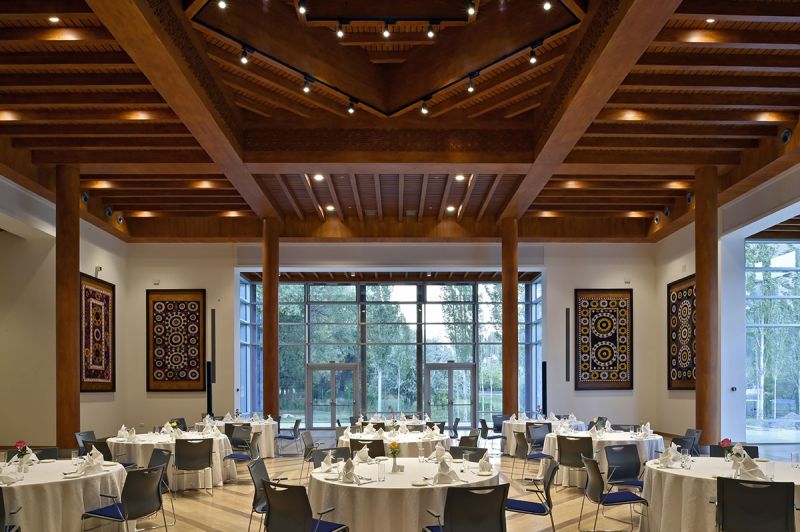 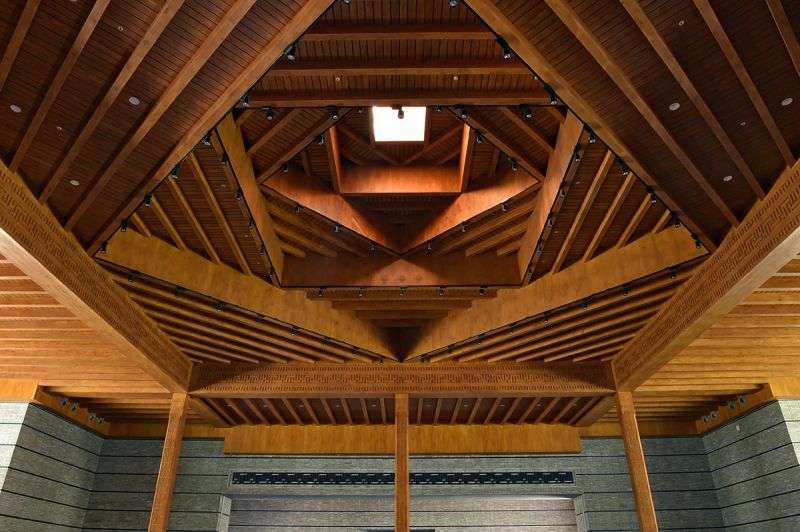 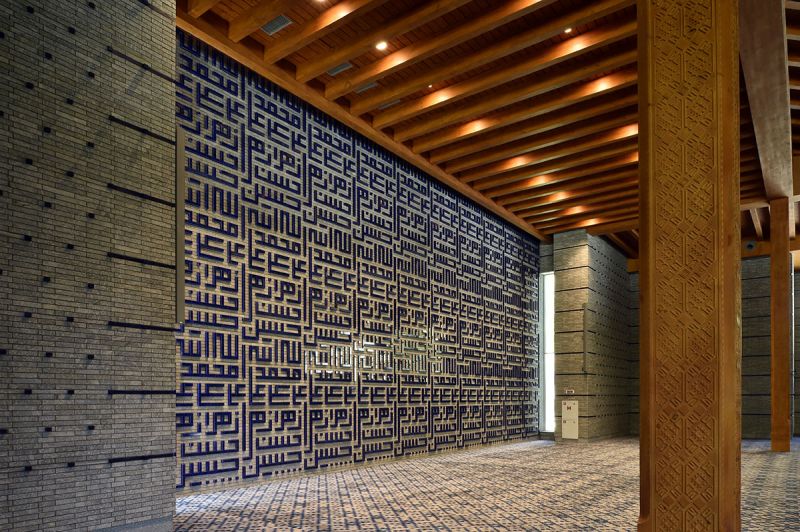 The 4,500 sq. m. building is a religious cultural center located in the Pamir mountain region of Tajikistan.

The design draws its inspiration and design vocabulary from the vernacular architecture of the area; the majestic, tall Poplar trees, its spectacular setting, the local materials and construction techniques. The Project is seamless in the integration of architecture and interior design, interior spaces and exterior spaces with the use of local materials such as stone, wood and Lapis Lazuli. The interior ceiling is inspired by the rotated squares found in Pamiri Houses.

For over 30 years, Farouk Noormohamed has used architecture to change lives, inspire the spirit & advance sustainability. His buildings combine breathtaking design, efficiency of space, and harmony with nature. Every building Farouk has designed has become a landmark in its context, and a source of pride for its users in the process garnering him international recognition for his contribution to culturally responsive architecture. His work draws from local traditions and crafts and combines with modern technologies. He has won the gold medal from the International Union of Architects.