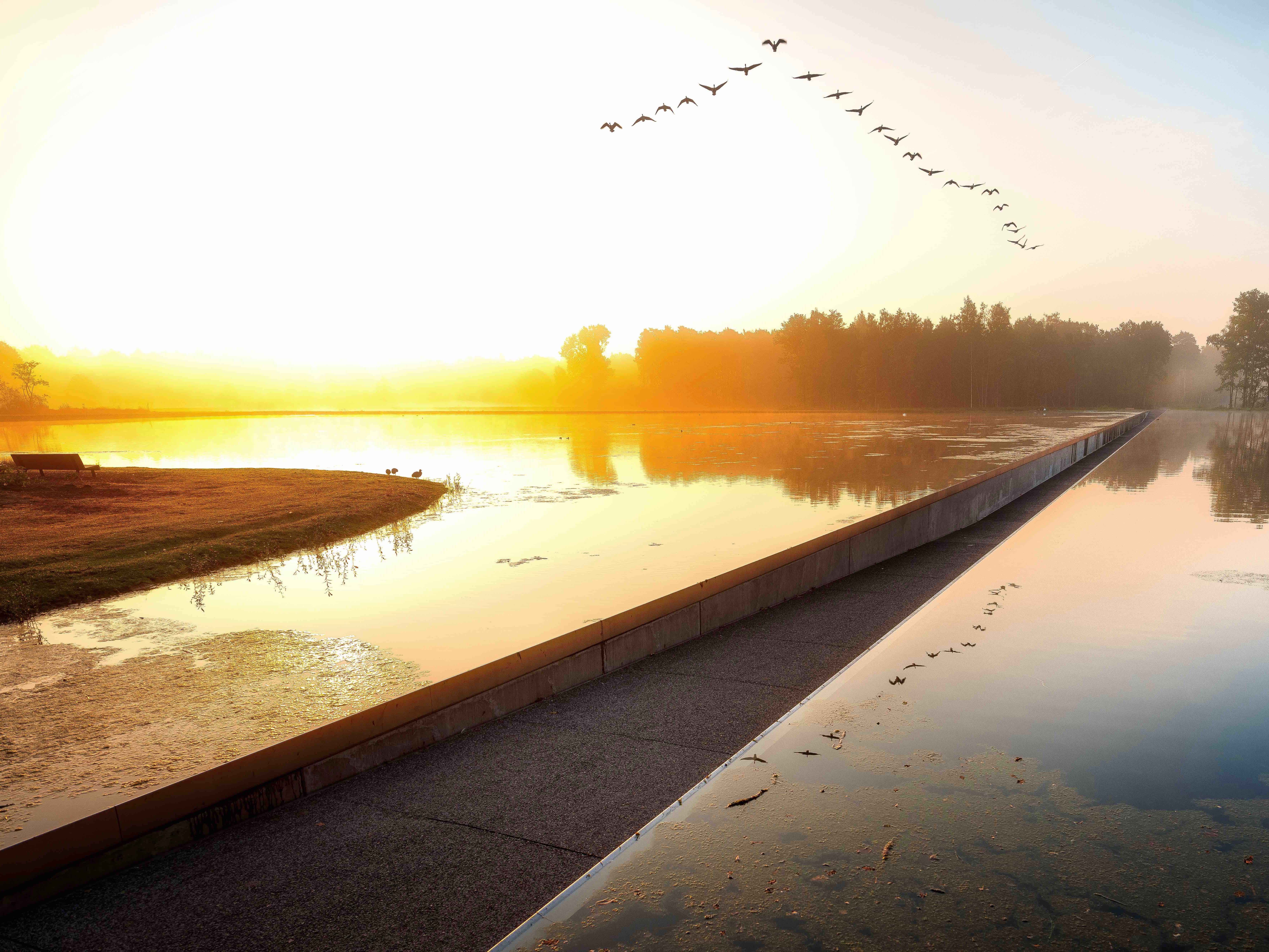 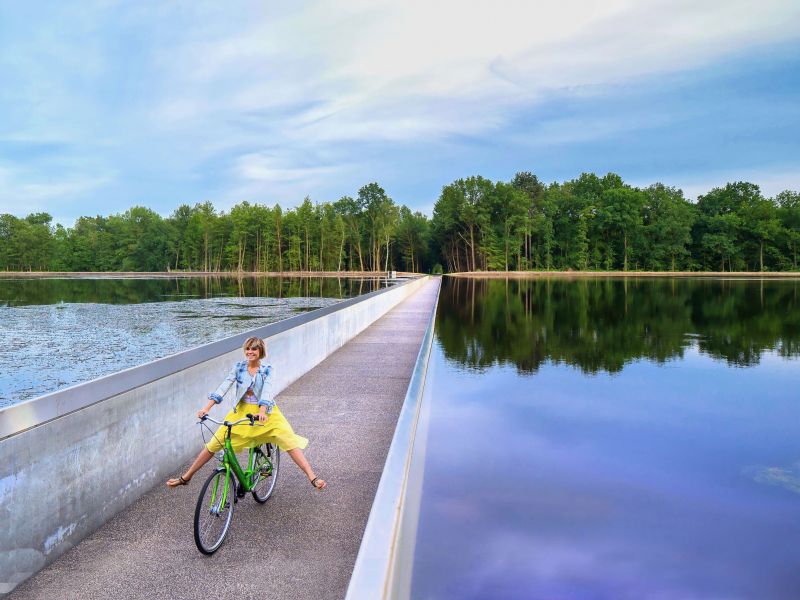 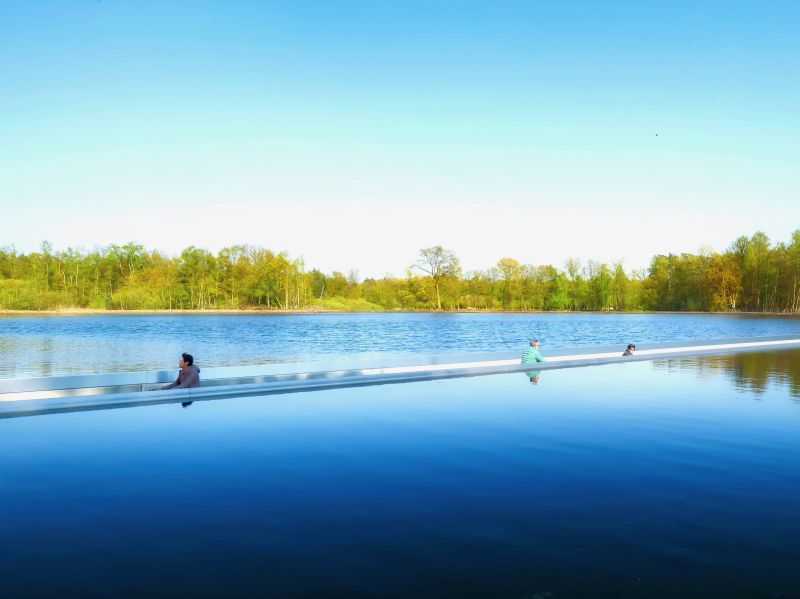 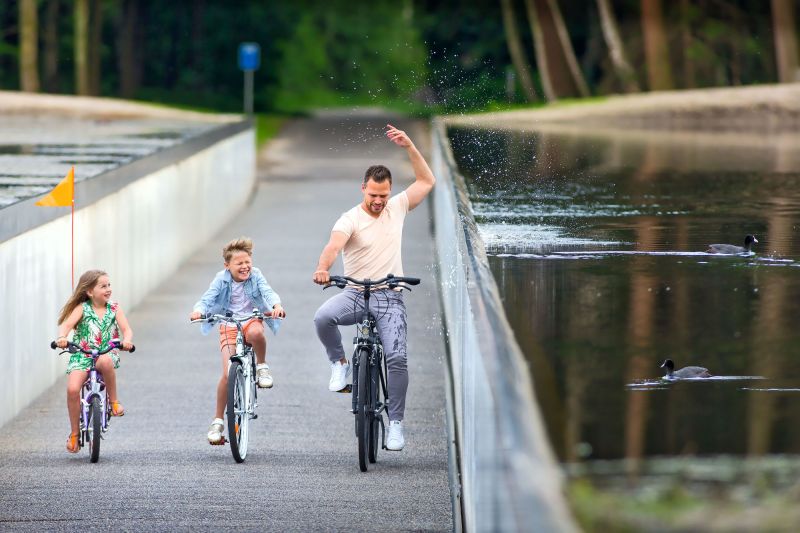 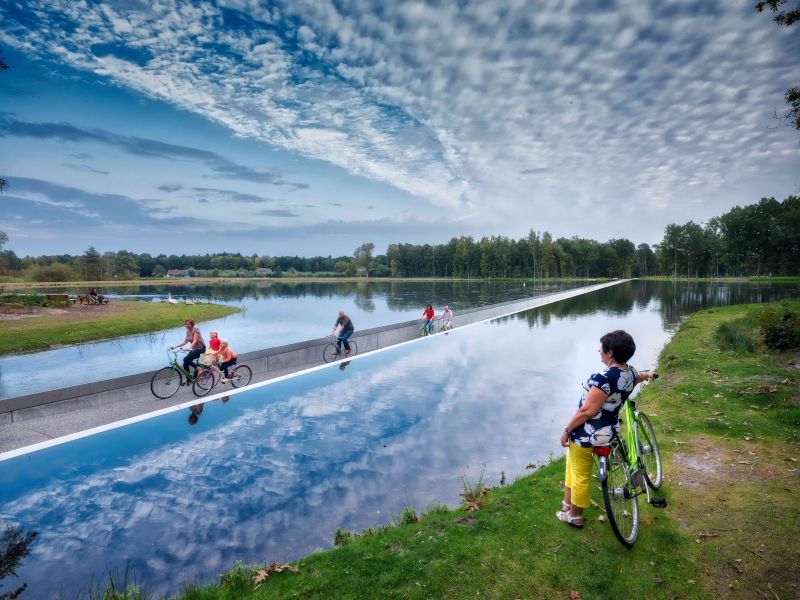 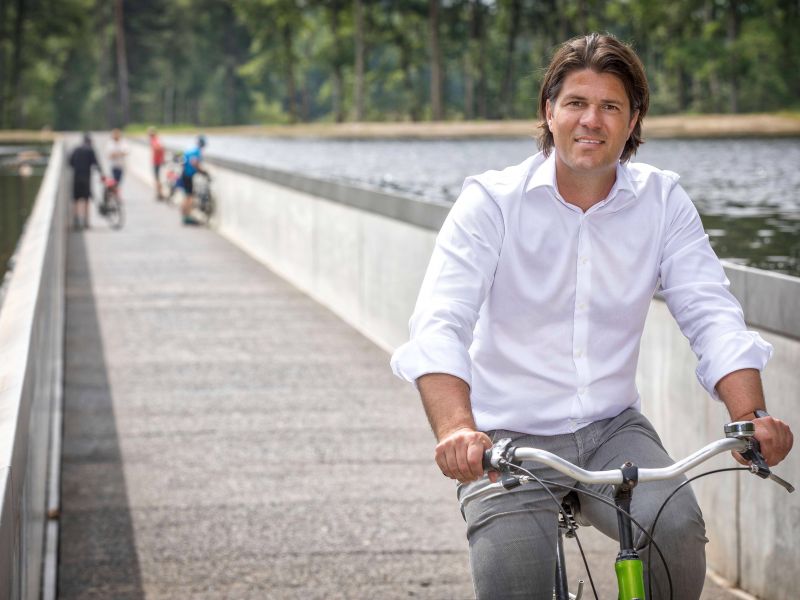 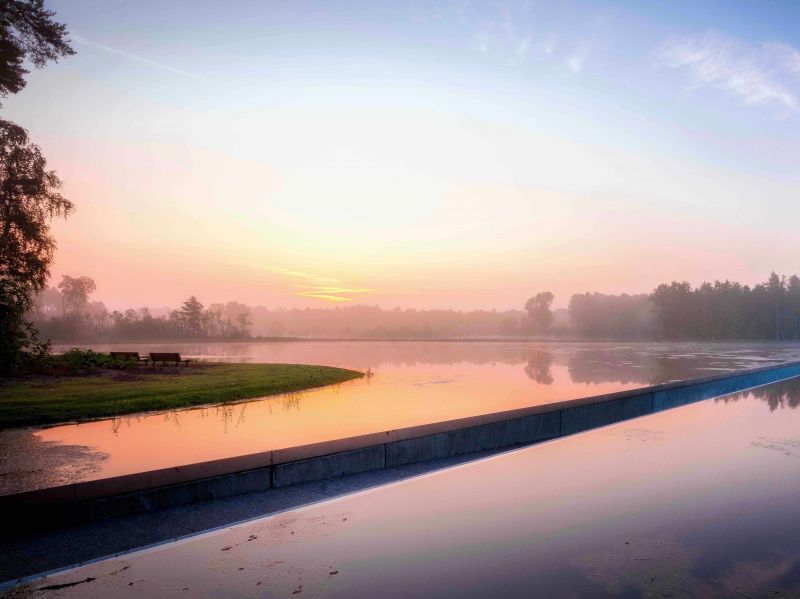 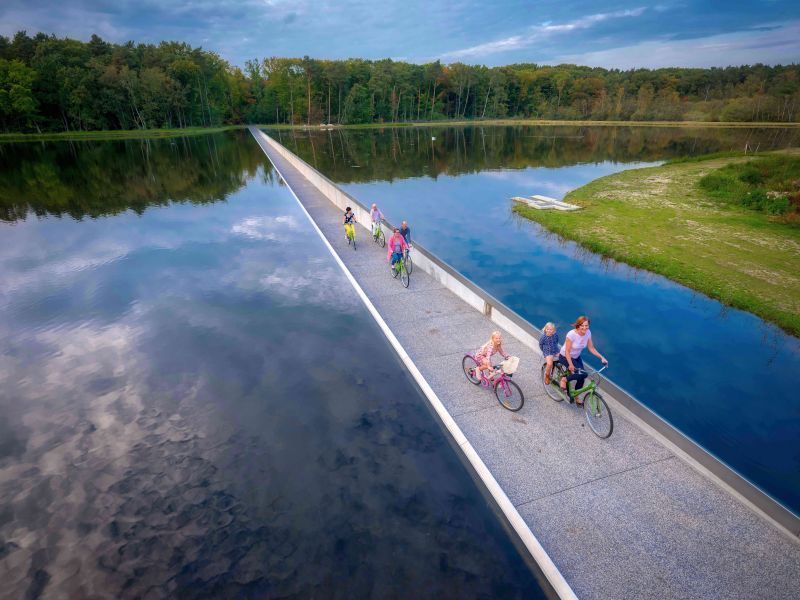 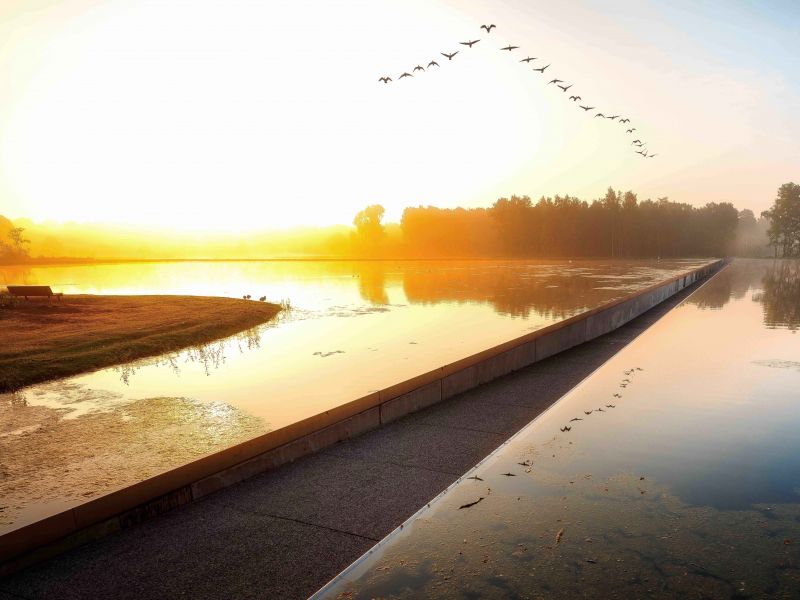 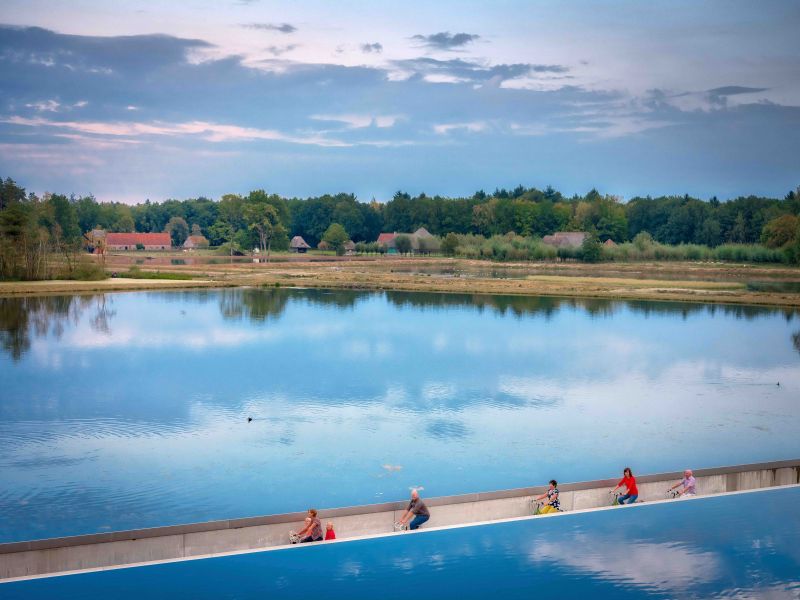 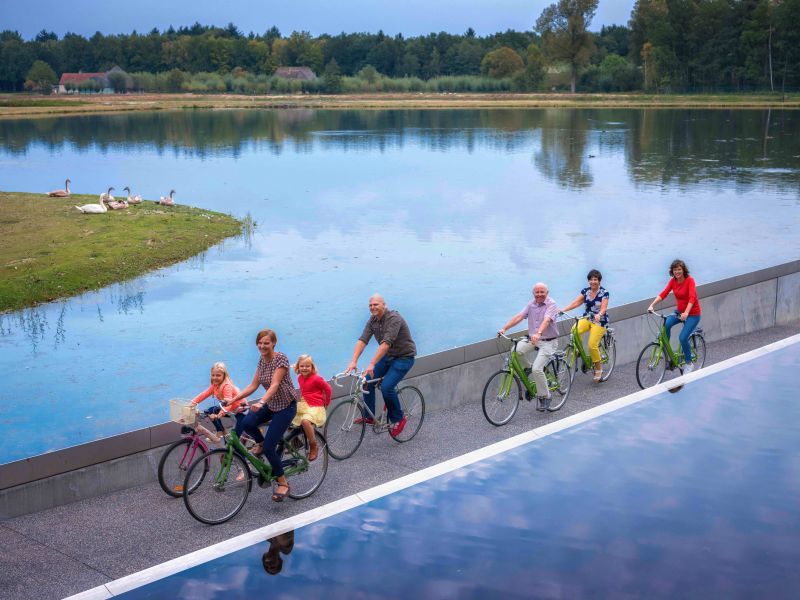 In April 2016 'Cycling Through Water' opened, an inspiring cycling trail through a pond of the De Wijers nature reserve in Genk (east Flanders - Belgium). Since then, already 315.000 cyclists have visited the cycling trail. The project has given a boost to the region.

The bike trail through water leads cyclists through a 212 meters long and three meters wide concrete path with water at eye level on both sides. Swans and other waterfowl float on the edge and watch the cyclists curiously. Nature around the trail was also improved and the connection with the nearby museum was strengthened.