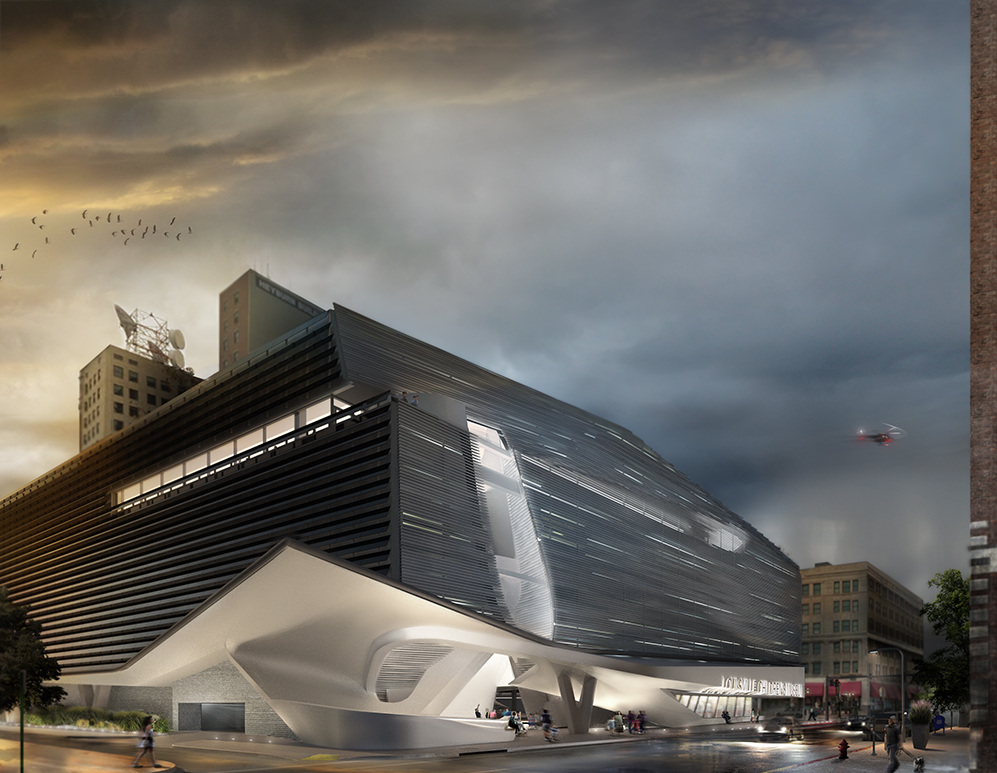 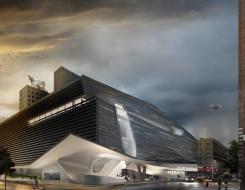 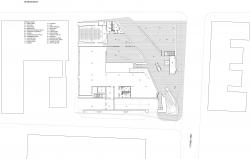 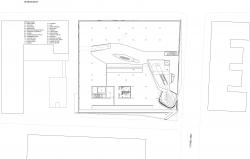 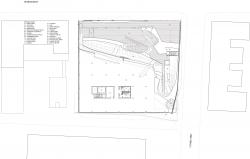 Children are naturally curious, seeking opportunities to playfully explore while wondering about the magical possibilities of the world around them. Wonder and the process of discovery are fundamental to the mission of a children’s museum and our design strategy. We seek to engage the human minds potential via an innovative architectural expression that activates the senses, ignites imagination, and heightens anticipation of new discoveries revealed as you move through space. One oscillates between interior and exterior mental, physical, and conceptual limits.
The competitions campus configuration produced opportunities and issues that generated our novel urban strategy. By developing the adjacent park as a conceptual and physical extension of the museum’s atrium and roof, the building edge is blurred, allowing for increased programming flexibility while addressing a site split by a major thoroughfare. The urban lobby is accessed via the under street park path while also open at street level along Broadway and Third. This under street path increases the safety of large school groups traversing a major arterial street. Once in the urban lobby, you ascend to the fourth floor for ticketing before gradually descending via ramps back to street level.
The parks water feature and plantings become natural exhibits, and passively cool the site. This cool air is drawn through the under street entrance up through the atrium to windows along the west wall of the “cross-void” to evacuate the rising warm air. In colder months, the design collects warmer air in the upper atrium, producing a tempered zone where ticketing and entry occur. A large solar array on the south façade / roof is visible from the park, ticket counter skylight, and from the roof deck. Passive and active strategies, sustainable plantings, and integrated solar increase the overall sustainability and produce a museum that is itself a didactic exhibit.

PLUS SUM is a contemporary design practice focused on projects where strategic, systemic, and progressive ideas can be brought to bear on complex and dynamic design problems. Projects vary across type and scale and are always seeking new opportunities to uniquely express client goals and aspirations. We believe that design can add value to any situation, synthesizing disparate and conflicting issues, while revealing intangible qualities that stir the spirit, engage the intellect and activate the senses.