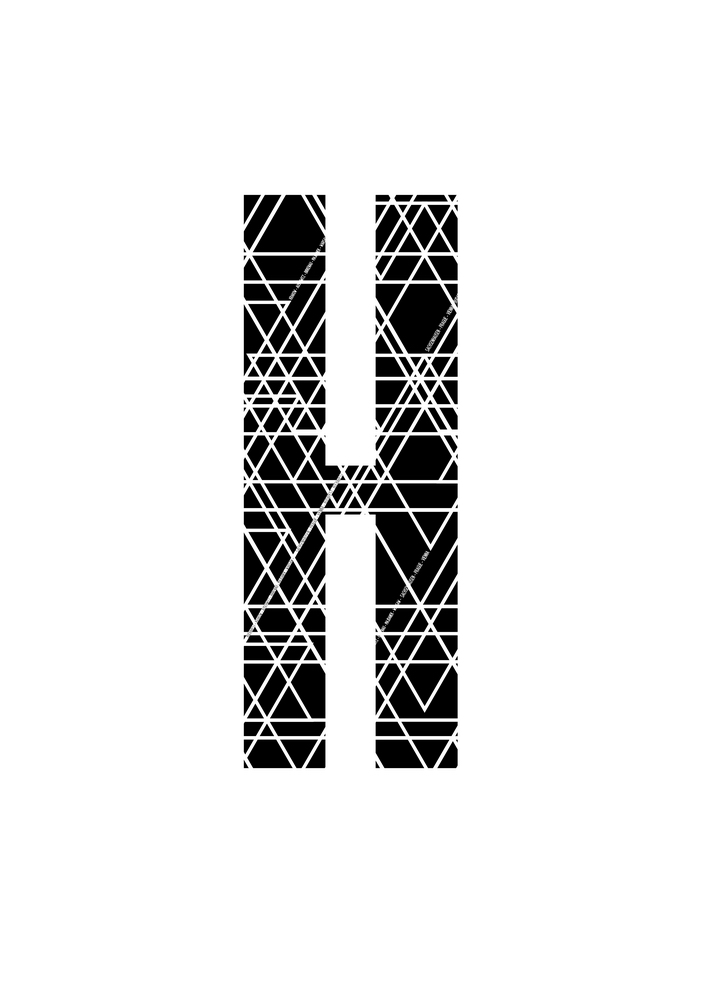 The presented graphic elements were designed for the cultural research project H-Loud Memory, Still Voids. An Architectural Journey to the sites of Holocaust, launched in January 2015. The research project includes an itinerant workshop through Europe seeking dates for an international exhibition of photography. The workshop addresses the subject of the Holocaust sites, museums and memorials from the perspective of the young generations. Focusing on the memory-identity nexus, on the one hand, and on students born circa half a century after the Holocaust, on the other, this educational endeavor uses fundamentals of the architectural studies as a de-contextual medium for the understanding of the historical trauma. Since the young generations are undoubtedly visually educated, such an approach, based on direct spatial experimentation, targets a more complex understanding that transcends simple historical and visual assimilations. Contextually the proposed graphic designs aims to reach a major visual impact in order to determine a certain level of understanding regarding the past events. The graphics inspired by the architect Daniel Libeskind’s “Between the lines” theme for the holocaust Museum in Berlin, recalibrates the lines as connections between past and present , and between different memory sites on the map. The capital H is actually derived from the rectangular barracks position, characteristic to the concentration camps. The Capital H reunites under a rigid geometry the old and newer memorial footprints as places for perceptive education. The steep and harsh contrast is expressed through the title and theme of the project - Still Voids- as a clash between existing and non-existing memory, between still-standing and annulled architectural space. The graphic elements combine both 3 dimensional and 2 dimensional representations through simplified symbols. The image narrative is interpretable in various ways in a vast educational and semiotic approach.