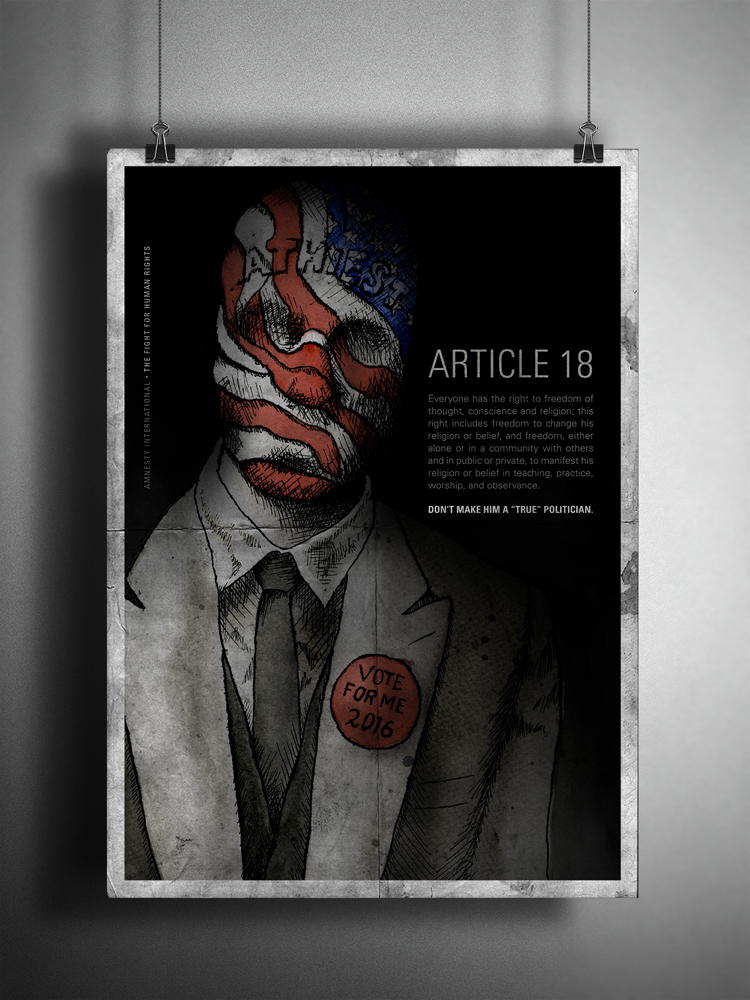 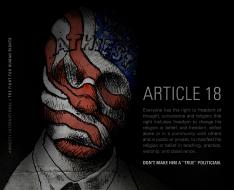 This poster is advocating for Article 18 of the Universal Declaration of Human Rights. My concept for this poster began when I came across an online poll that said 60% of Americans said they would not vote for an atheist president. This just didn't make sense to me. I don't see how not believing in a sole creator would inhibit one's ability in running a country or making important decisions. I decided to illustrate a figure who's face and identity is hidden behind a veil of American ideals. No matter how hard the figure tries to conceal his true beliefs, the atheism still shows through. The tagline "Don't make him a 'true' politician" is referring to the majority of the American population that is refusing to respect his right to Article 18, causing him to lie about himself and his true beliefs in order to get votes... like a politician would do.