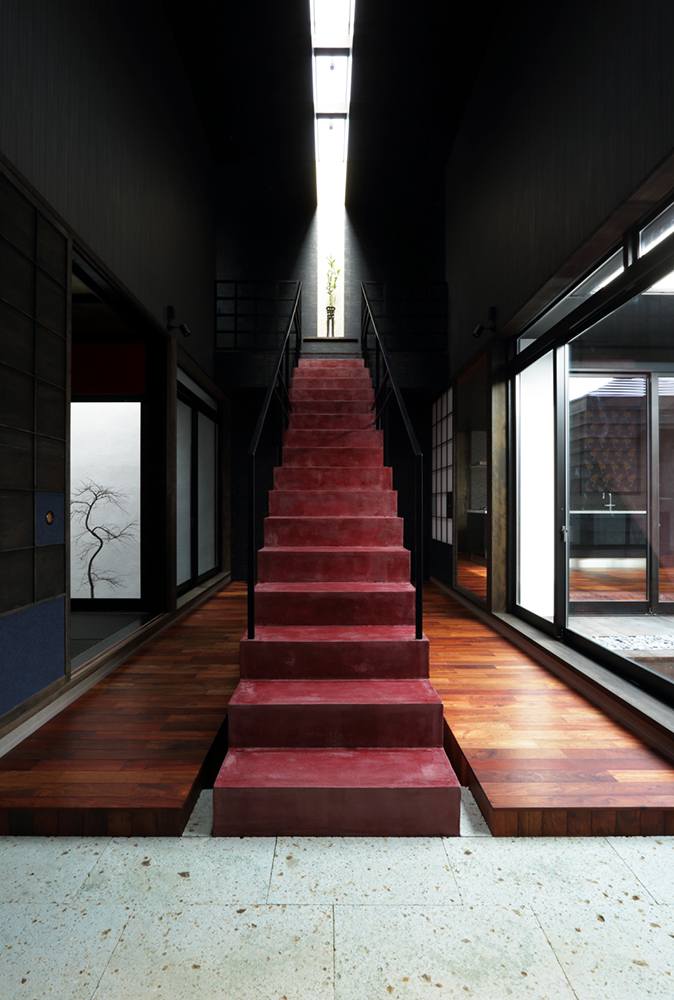 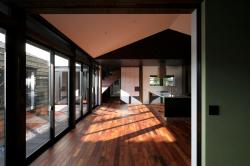 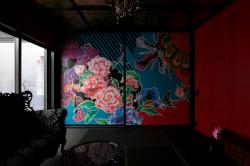 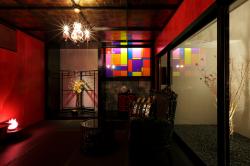 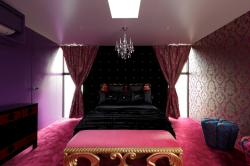 COLORS, located in suburbs, is a house planned for clients
who consists of father and daughter. The father prefers
modern Japanese-style, whereas the daughter prefers
modern designer's hotel bedroom in Europe and Japanese-
style room, both coordinated with vivid colors. Therefore,
this project was highly required the elements of the interior
design as well as architectural plan.

Entrance hall is composed of a large-long slit atrium and
roughly painted mortar stairs, functionally dividing the
father's and the daughter's living area as a buffer zone. The
symmetrically installed slit top light is dictated an impression
of the space as if the light pours down in the dark staircase
such as a setting of a film.

Concept of father's living area is a simple modern arranged
with Japanese traditional colors and materials such as Shoji,
translucent Japanese paper over a frame of wood. The shoji
is a functionally partition, dividing two spaces when shoji is
closed, and connect when it is open, as well as a design
accent in the space. In addition, independent atelier,
floating wood box located in a center court, is also designed
with the modern Japanese out looking and domed ceiling,
reflecting natural light vaguely.

For daughter's space, Japanese style room, Washitsu, is
placed at the first floor and home to the courtyard to chill
with guests. As well as the father's concept, the Washitsu is
coordinated with more vivid colors such as red painted wall,
black Tatami-Japanese straw floor- and colored Andon-lamp
in Washitsu-. In addition to the unique oriental colors and
materials, Fusuma, Japanese style slide door composed of a
designed cloth on a wood framing, is also originally painted
by artist. This is an unusual in home interior, but strongly
conceptual space.

Main bedroom is placed at the second floor, next to
bathroom.This room is designed like a designers hotel in
Europe instead of traditional Japanese color coordination as
it makes her positive "in" the art.