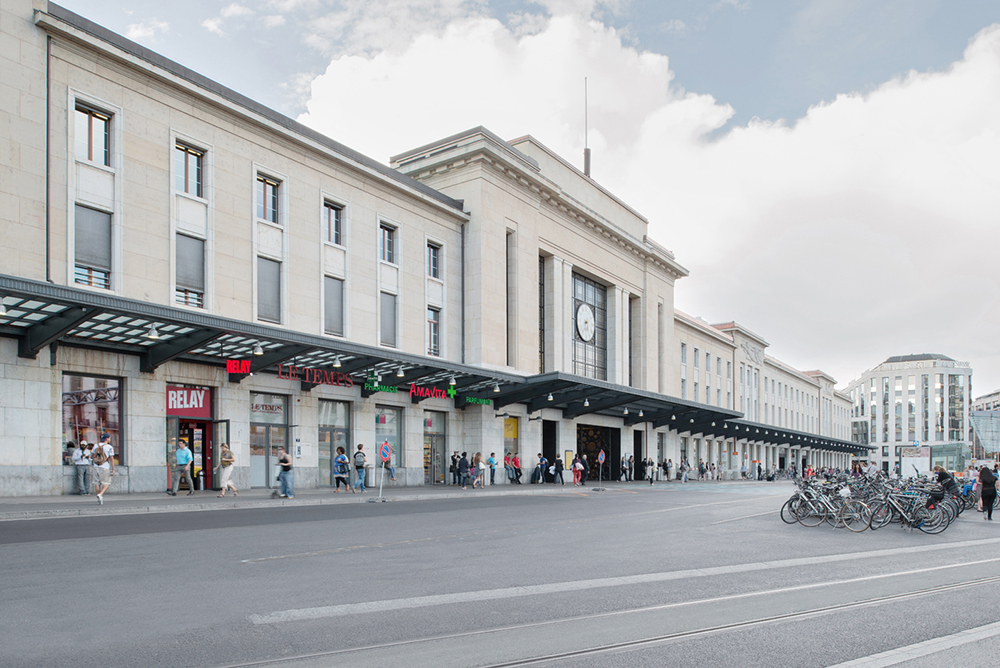 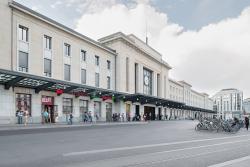 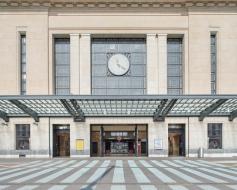 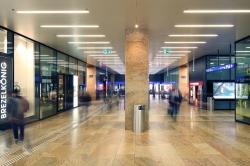 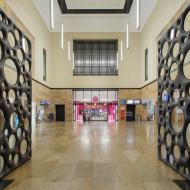 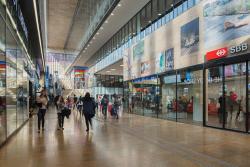 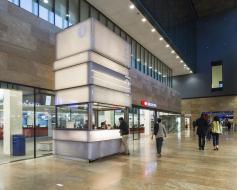 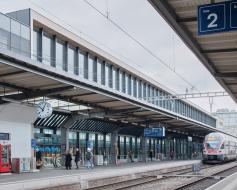 Geneva-Cornavin Station is one of the largest train stations and railway hubs in Switzerland with a foot-fall in excess of 115,000 passengers per day. The historic building was transformed and renovated during four years of work at a cost of 110 million Swiss Francs (approx. €91 million) and underwent a comprehensive restructuring in order to adapt it to the current and future needs of the Swiss Federal Railways (CFF).

Behind this façade, a new glass-clad concourse is accessible on every floor and houses commercial activities and the CFF sales centre. Extending towards platform level via a staircase and escalators the concourse provides both access to, and a view of, Platform 1 which is situated on the upper level, and connects the two entrance halls overlooking the Place-de-la-Gare as well as the two north-south arteries which provide access to the platforms.

The project aimed to simplify circulation ensuring that users of the station could find their way around quickly and easily making the building more permeable to pedestrian flows and no longer an obstacle dividing the north and south of the city.

The overall project has also provided shops and offices in accordance with RailCity standards with the commercial and administrative offers being substantially increased.

Using a limited palette of high quality materials – golden granite, glass, and metal – the project has resulted in a contemporary architectural vision which favours simple, light, and comfortable spaces for users.

Geneva-Cornavin Station has finally become a real link in the heart of the city.