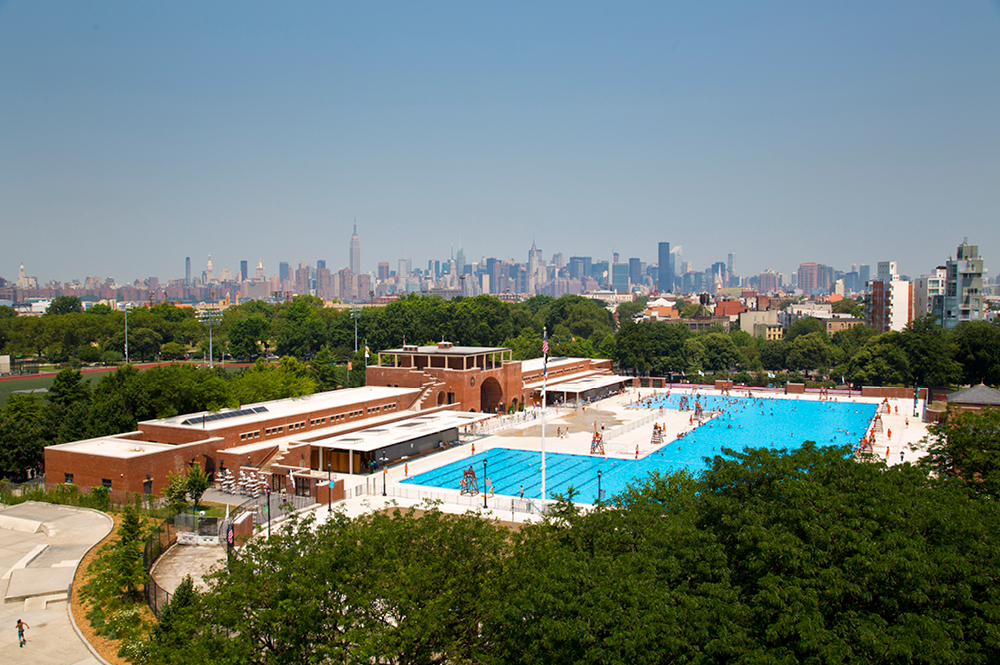 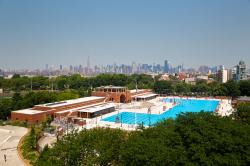 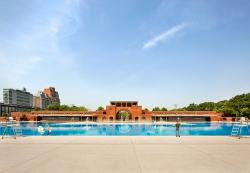 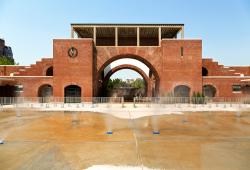 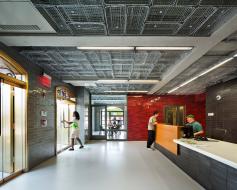 The 1936 McCarren Pool and Bathhouse is one of the most significant achievements of President Roosevelt’s New Deal program in New York City. Designed with a capacity for 6,000 bathers by Aymar Embury under the tenure of Mayor Fiorello LaGuardia and Parks Commissioner Robert Moses, its size and monumental architecture created an immediate icon for Brooklyn.
McCarren Pool had not been in active use as a pool or recreational facility since the site was closed in 1983. The building suffered from vandalism and decay and was an eyesore for the neighborhood. In 2007, Mayor Bloomberg’s PlaNYC committed a $50M investment to rehabilitate and reopen the site as a summer pool and year-round community facility.
The restored McCarren Pool and Bathhouse brought back the grandeur of this Works Progress Administration era building, updated for contemporary uses. A year-round indoor recreation and community center now occupies the historic bathhouse, and the rebuilt pool offers a new ‘beach’ peninsula that transforms into an ice skating rink in the winter. New partitions separating rooms and corridors are topped with clerestories, maintaining the visual continuity of the original vaults and adding borrowed daylight between spaces. The community center contains a basketball court, gym, multipurpose rooms and offices. The original swimmers’ storage baskets were discovered and reused on the lobby’s ceiling. Salvaged wood from the Coney Island boardwalk was refinished to line the walls of the community rooms. The new poolside changing pavilions are modern interpretations of McCarren’s own canopy and those of other Moses-era pools in New York City.
Respect given to the original architectural elements is key to the success of this restoration design. Modern insertions within and adjacent to the original buildings defer to these elements and engage details from the building’s history, materials and function.