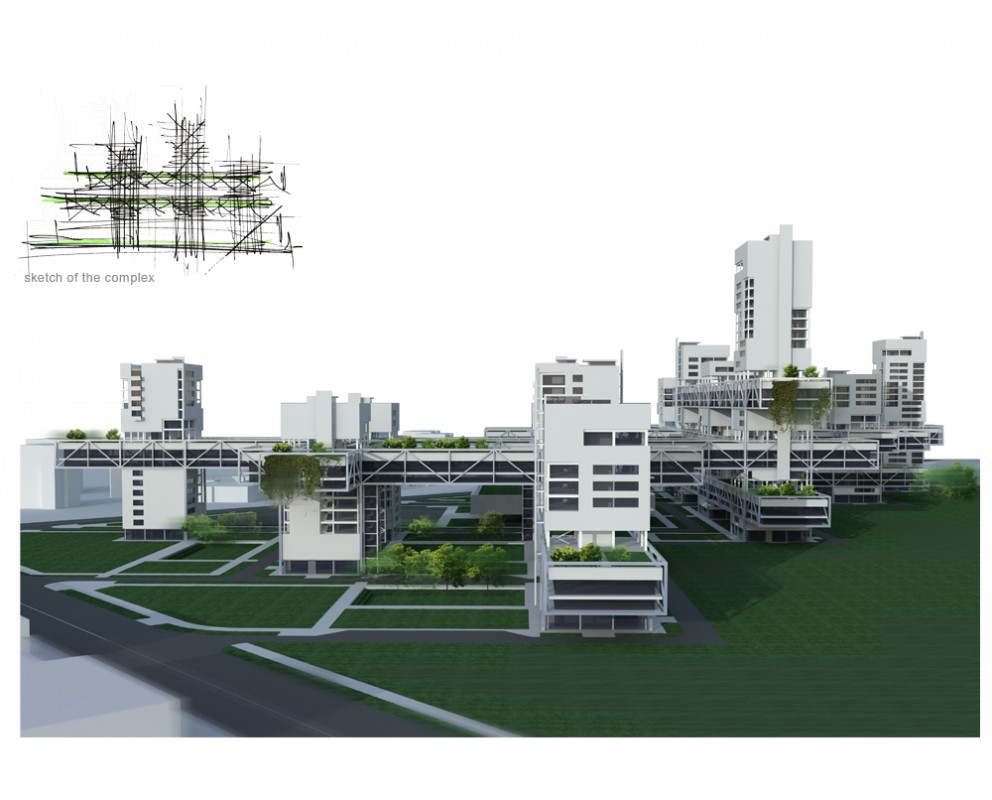 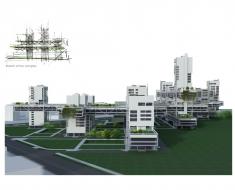 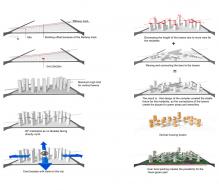 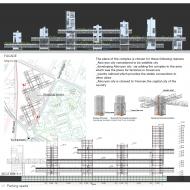 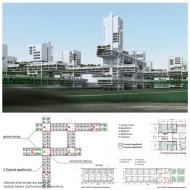 Project of a Residential Complex

The main idea of this project is to create a living space with a harmony of the nature for the stable future. The project of this building created for the specific urban environment, but the principle of it can be used in other projects as well. The complex consisted of multiple towers connected by horizontal bars that serve as a public program, resident amenities, residential program and circulation to connect the towers. The design was created by analyzing the existing site and landscape, both in the Soviet era and nowadays situation.
The complex is located in the city of Abovyan. In the Soviet era Abovyan considered to be satellite city, because of its nearness to Yerevan (the capital city of Armenia). There was a large factory in the Soviet period on this site. The site is nowadays abandoned dreary area. In fact the design partially holds the idea of satellite city as a lot of people can move and live there, but on the other hand the goal of this project is to be the first step for creating the architectural environment which has a direct link of developing the Abovyan city. New residential buildings aim to bring life back to the district. The design draws inspiration from the site’s industrial past, in particular to restore the faith in the stable future.
The complex, designed such a way to increase green areas of the complex. Parking lot is underground and this provides the huge park on the first level for the city's residents. Horizontal connections provide the connections from the one tower to another. And they also provide the green terrains for the residents. The buildings are held up by steel structures, which ensure the stability of the complex and provide free circulation through the complex.