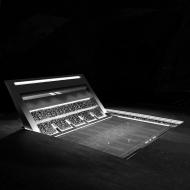 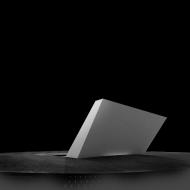 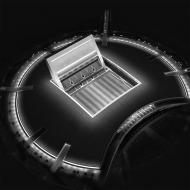 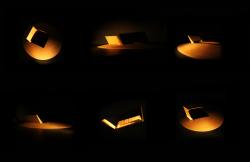 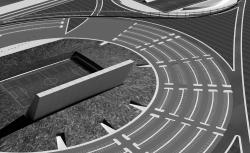 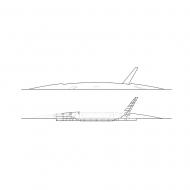 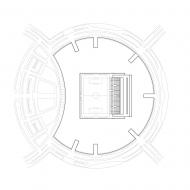 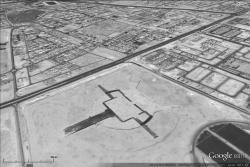 The Wall Stadium has a distinctive and sculptural design based on the ideas of simplicity, purity and strength.

Two primary elements of architecture created the initial massing and dynamic shape of the stadium: a circle and a rectangle. The circle was then molded into an artificial green dune recalling Qatar’s undulating desert landscape, while the rectangle arose as an inclined white wall, giving birth to a pure geometrical but daring design.

Breaking the monumentality of the general structure, the serene green dune is punctured at its center to host the football playfield at the ground level, with the main stand sitting upright, the majority of its height emerging from the concealed pitch. Integrated underneath the hill, the remaining three stands accommodate shaded seats only visible from within the field. The design and position of the tiers ensure well-lit seating for all spectators, with unobstructed views and air flow.

The unique character of this “buried” stadium thus reduces the impact and heaviness that a traditionally-shaped stadium with 22-25m high stands would have on the surrounding low-rise residential neighborhood.

With its slanted monolithic structure emerging from the hill, the Wall Stadium becomes a point of reference dominating smoothly on the surrounding areas by its powerful and solid sculptural prominence, while also having both a human and civic scale.

Relating between architecture and sculpture, the Wall Stadium possesses the calm, ideal beauty of classical architecture while stating expressive power.