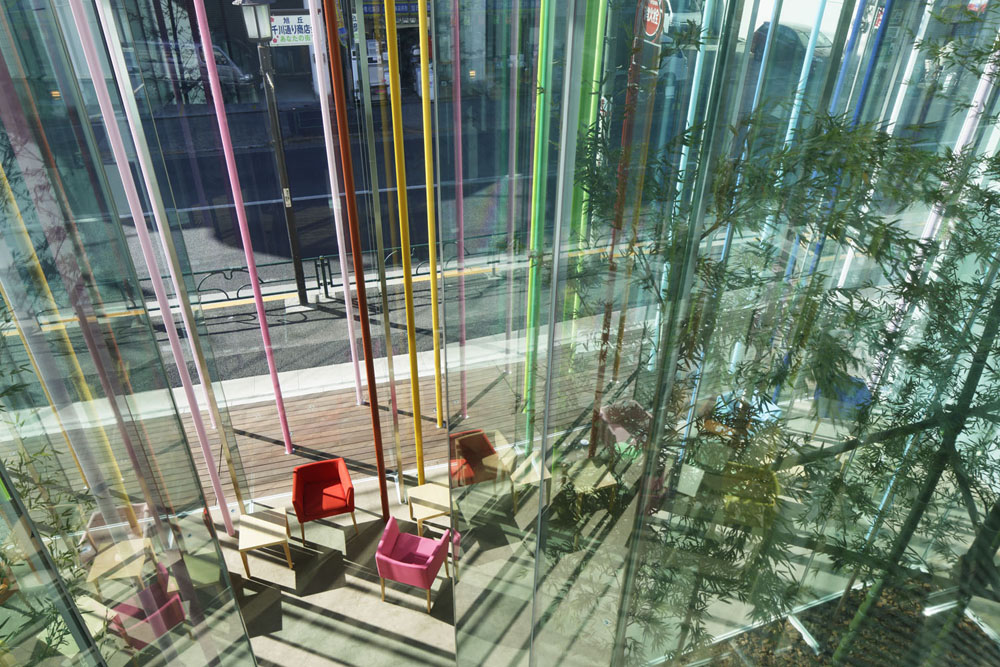 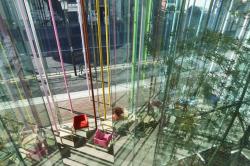 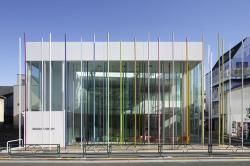 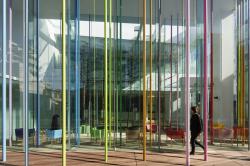 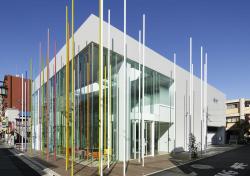 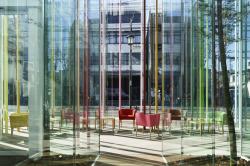 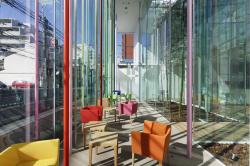 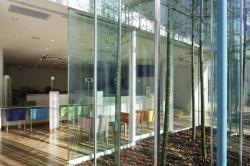 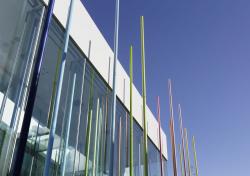 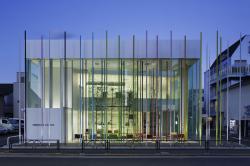 "rainbow shower"
Sugamo Shinkin Bank is a credit union that strives to provide first-rate hospitality to its customers in accordance with its motto: “we take pleasure in serving happy customers”.
The site is located in a commercial district with many stores. The site's closeness to the town's activities - also the heavy traffic and narrow sidewalk - inspired the architect to express this proximity in the building by merging the exterior and interior. The building is offset approximately 2 meters from the property line, and the timber-decked peripheral space is filled with colorful 9 meter-tall sticks. These 29 exterior sticks, reflected on the transparent glazed facade, mix naturally with the 19 interior sticks placed randomly inside the building. The shower of color creates a joyful environment of light, refreshing the mind and returns colors and some room for playfulness back to the town. Entering the building, the visitors would notice that they are still in an exterior courtyard leading to the bank's interior. Here also, the inside and outside are integrated. Walking around the glazed courtyard inside, there is a cafe-like open space filled with natural light. The bamboos in the courtyard extend skyward in concert with the colorful sticks. The exterior deck space, interior open space, exterior courtyard, and the interior teller counters compose four layers of spaces. The layers are reflected on the glazing, and, combined with complex shadows, they create depth in the space.