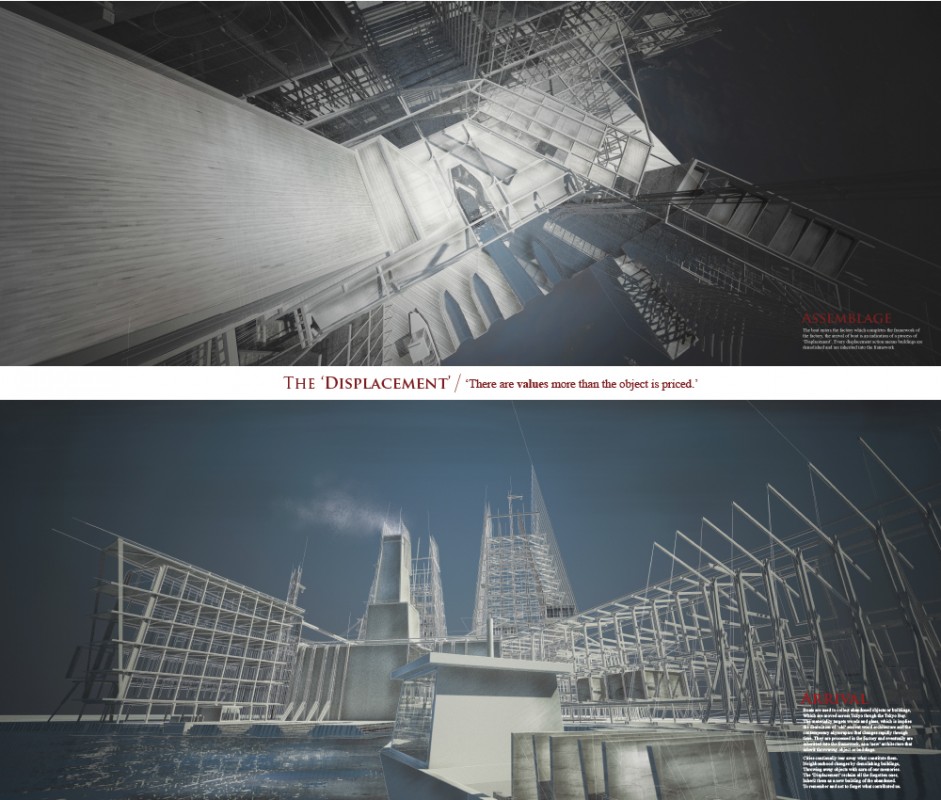 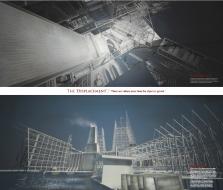 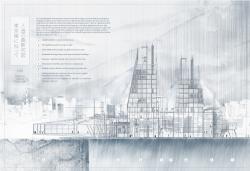 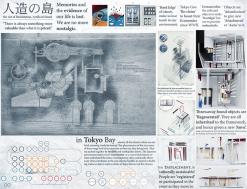 The 'Displacement', or the Revolt of Abandoned Architecture

In this 21st century, the act of cities throwing away architectures and everything that contributed to their present scene is no longer strange to the eyes. Everyday there are buildings being torn down, immeasurable amount of objects being abandoned and sent to landfill sites in an overwhelming rate. Our neighborhood changed progressively, eventually it became a place we are no longer familiar with.

In Japan, the government created artificial islands within Tokyo Bay as a method to bury the evidence of earthquakes debris and also, indirectly reduce landfills. Unwanted objects are then hidden beneath as reclaimed lands. Their aura, existence and contribution to the city are obscured.

It is urgent that a revolt is needed to criticize on the erasing actions of human and cities without considering the true values of the removed.

The ‘Displacement’ is to evoke the nostalgic emotion of mankind, through architectural salvage to regenerate the abandoned and hence turnaround their fate to be forgotten. Boats and ships perform the salvation by moving the abandoned from their origin to Harumi in Tokyo Bay, an artificial island where the project took place.

The salvaged are then processed through the factory on-site, granting them a new aura relationship while inheriting their memories as well. The whole architecture is an empty framework sitting on the site. Through the architectural salvation, it will continually be infilled with the reclaimed objects and buildings in phases and in the end it attains saturation. It is an architecture that inherits buildings. Not hiding what we abandoned, but acknowledging their efforts to create our memories.