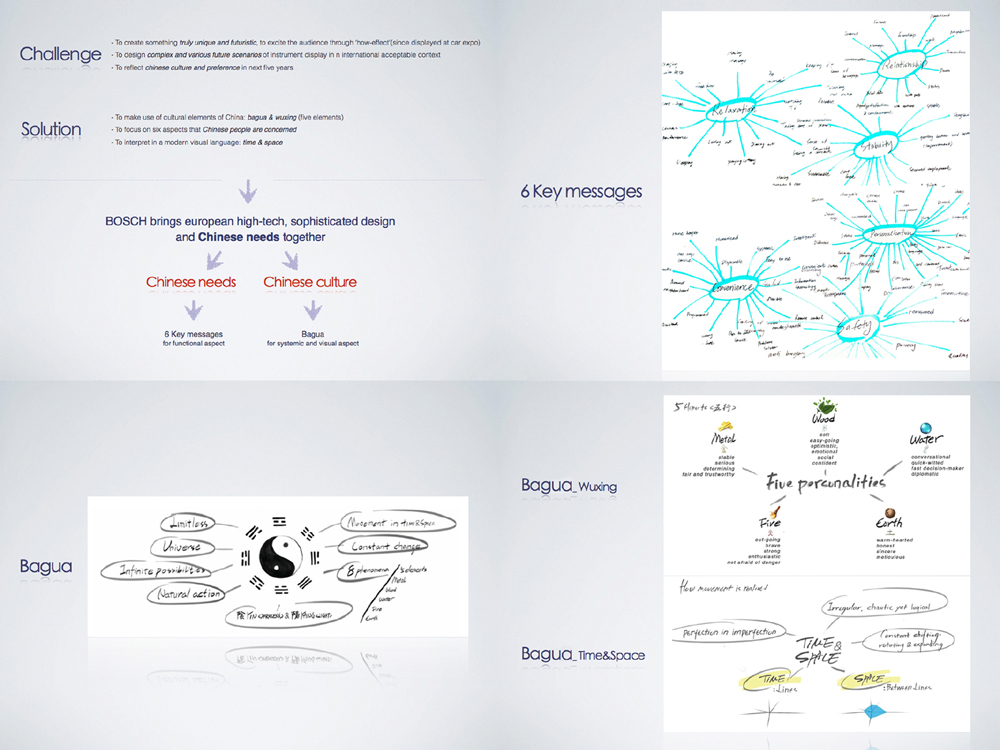 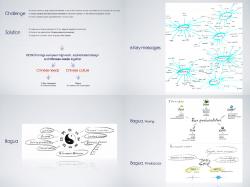 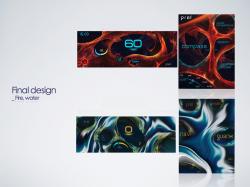 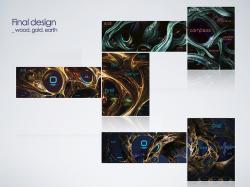 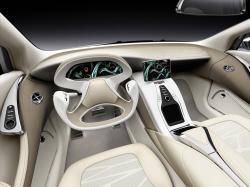 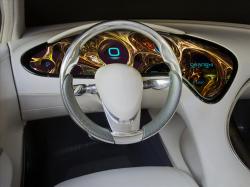 Dongdao was commissioned by BOSCH Germany to create a futuristic GUI design for its car dashboard 5-10 years from now. It was firstly shown in China’s biggest car expo: “Auto China 2012”, held in Beijing in late April. Our inspiration comes from the Asian cultural elements: Bagua & Wuxing. We also incorporate the concept of “time & space” with those elements so that the design looks modern and fresh to Chinese audience. Based on the 6 key messages which concern Chinese car users most from our research, the GUI design enables the car users to customize their in-car experience according to their needs by interacting with the instrument. Ultimately, the task is to do a vision for future car interiors that will soon give people a vastly different view of the futuristic dashboard, as well as experience of it.