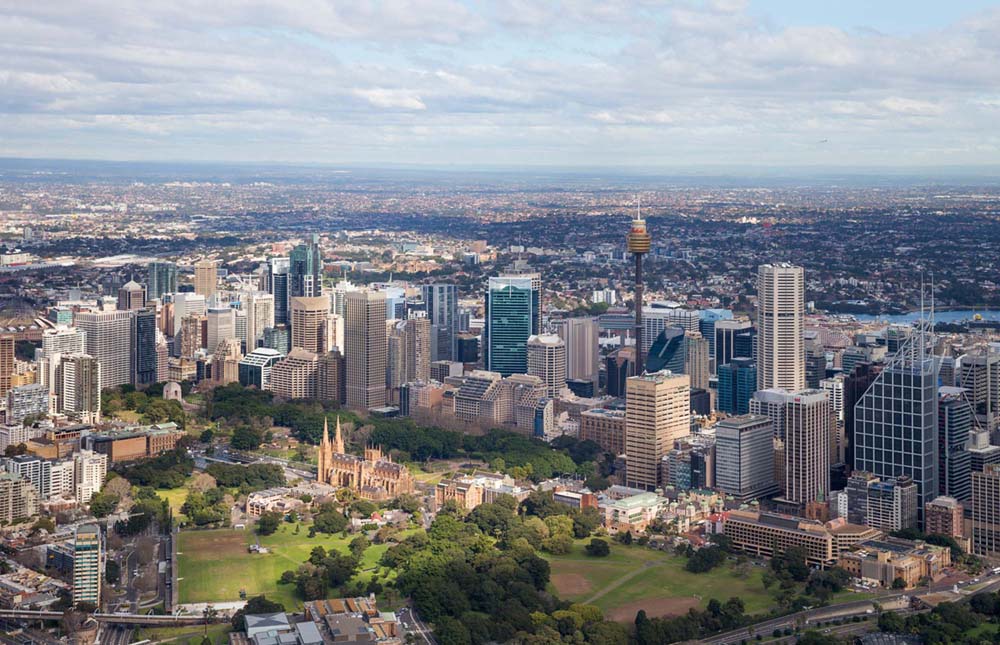 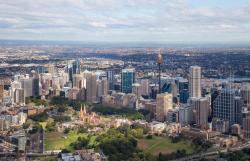 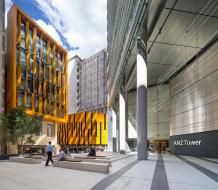 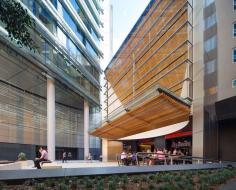 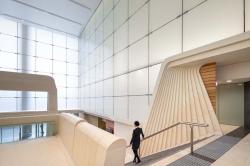 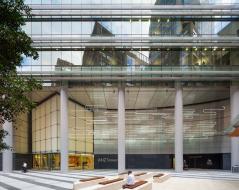 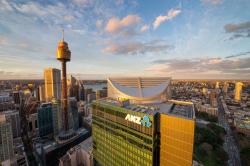 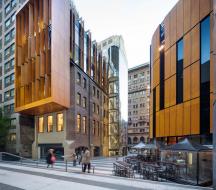 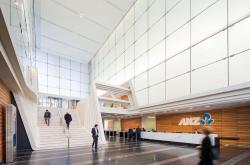 Liberty Place is not a single tower but is a new commercial and retail precinct that redefines the skyline and reactivates the ground plane.

Composed of three buildings of differing scales – ANZ Tower, Legion House, and 167 Castlereagh Street – and unified by a public piazza, Liberty Place is a rich interplay of architectural form inspired by the unique qualities of a wonderful city site.

The tower 42-level ANZ Tower is characterised by two rectilinear glazed volumes and a metallic lift core, both aligned to the city streets, and topped with a broad sinuous curved form rotated towards the sweep of the harbour and gardens. The sinuous curve is inclined towards the sky in a louvred interplay of light and shade, providing a dramatic addition and ever-changing expression to the city skyline.

The historically significant Legion House (constructed in 1902 by the YWCA as a women’s refuge) has been restored and extended and is now one of the country’s most environmentally sustainable buildings. The six-storey ‘Autonomous Zero Carbon Life Cycle Building’ creates its own renewable electricity on site resulting in zero net carbon emissions.

The new piazza connects Castlereagh and Pitt streets, providing a new mid-block link and sunlit public open spaces and interweaves the site to the broader city environs. These landscaped spaces, ringed with cafes, restaurants and bars extend the life and energy of the city into the tower.

The design of Liberty Place recognises the specificity of the site and its inherent attributes. The carefully articulated assembly of elements — ground plane, street wall, tower elements and landscape — creates a unique architectural character and cohesive environment.