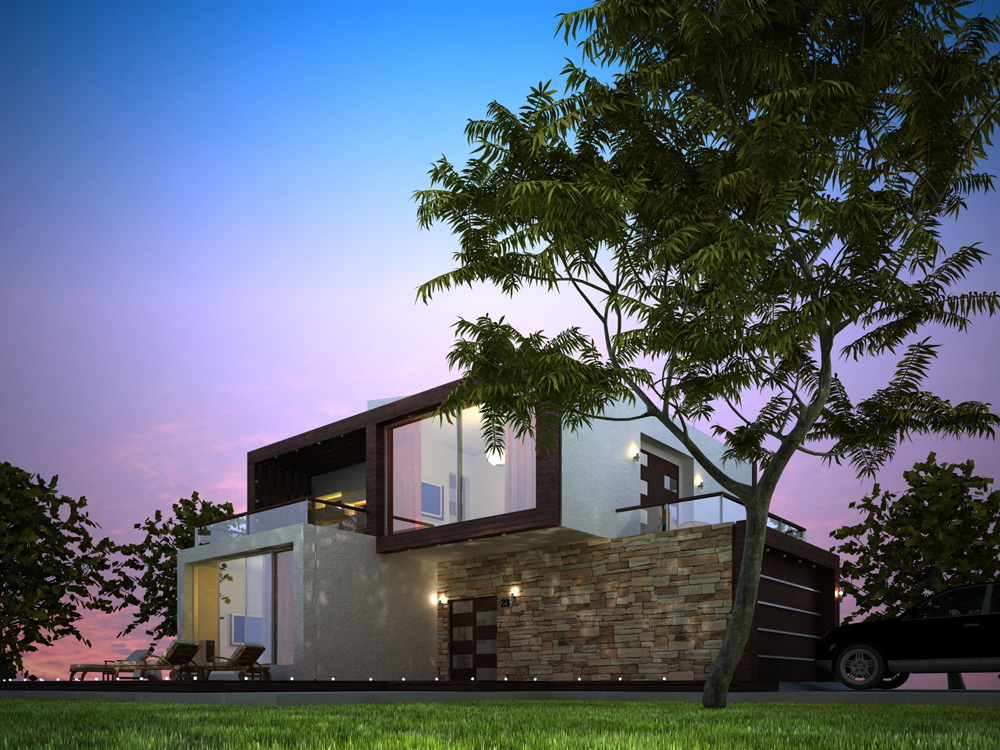 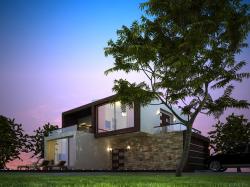 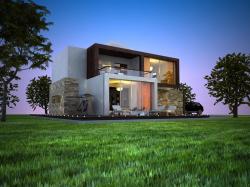 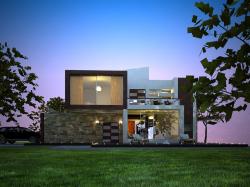 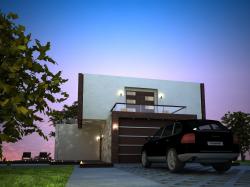 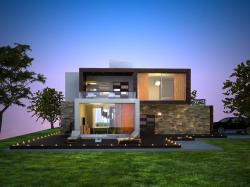 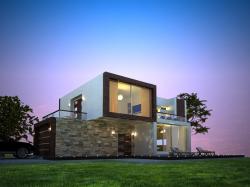 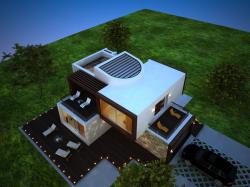 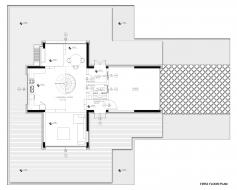 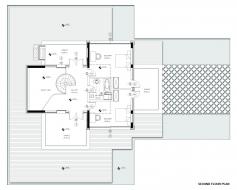 It has been designed as a weekend house for a family in Moscow, Russia. Defining elements of the design are the light and material which helped me to transform the concept of “house” to a building to be called “home”.
Closed area of the house is 195.68 m² and the open areas is 460.28 m². Basically three rectangular prisms helped me to define different functions of the building and also helped me to catch human scale. Garage and technical rooms placed in the first prism on the first floor. Two main entrances allow people to get inside the house directly from garage and hall. Public areas of the house like kitchen, living room placed in the second prism on the first floor where they are surrounded by the porches thus the ground floor connects entirely with the garden. With a circular stair different functions of the first floor has been tried to separate from each other without any partition walls and also used to connect two prisms – first and second floor. The bed rooms have been located on the second floor with a gallery where it can be used as a small library as well. The roof of prisms where placed on the first floor designed to be used as terraces, in this way also second floor connects with exterior and give owner of the building more space to live without force them to live inside.
Two-storey kitchen is ending with semitransparent roof which allows daylight to illuminate interior of the building. Movement of the sun during the day gives different impacts to interior by this way a cozy interior space is tried to be created.