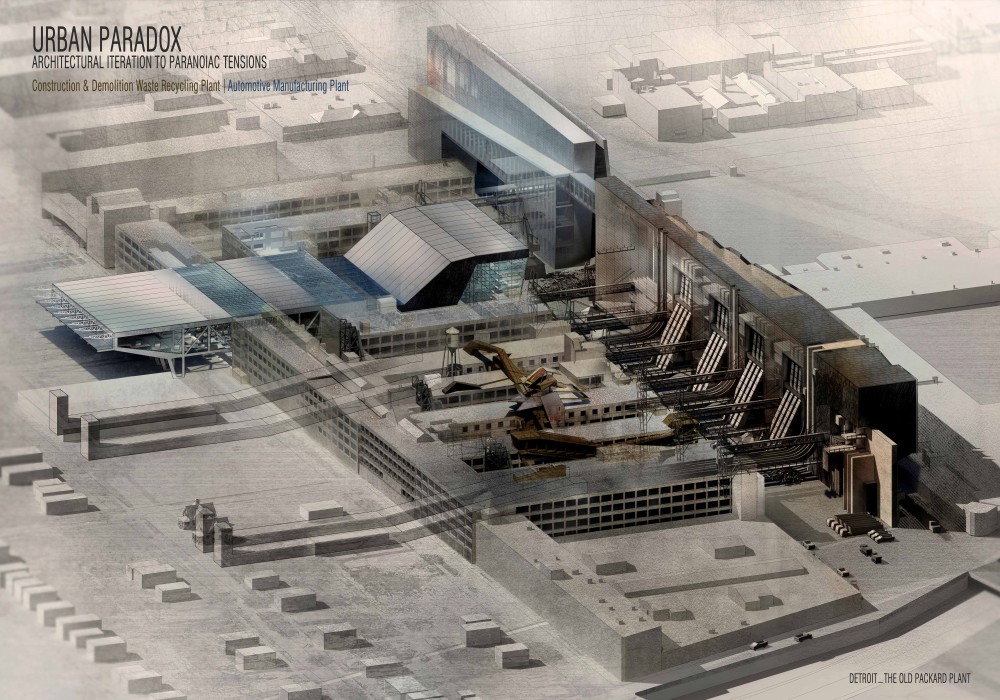 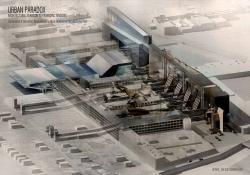 The site for the project is the largest abandoned factory at Detroit of the US. It has certain anxiety, conflict of interest which provides a testing ground to explore the potential of architecture, through construction and demolition, in response to the existing paranoia tension between stakeholders and even lead to certain impact on creating paranoia. Instead of thinking the Packard Plant as a sick, dangerous and unsightly decaying mega structures, my project tries to rethink and celebrate the destruction process as inverted construction, so its paranoiac nature is converted to be creative and inclusive. My project depicts the national and domestic conflicts and turns it into potential for new architecture to re-inhabit the site responding to the paranoiac situations in phases. Scrapping industry and car manufacturing industry, both mutually beneficial and competitive, create a hidden dialogue in the possession of the site, material exchange and manpower competition. In terms of the urban development, the recycling plant becomes a system facilitating destruction and reconstruction being carried on by the new car manufacturing sectors. Detroit, once the world’s traditional automotive center, its rebirth would be paradoxically led by the automobile industry again, but with Chinese capital supported behind.