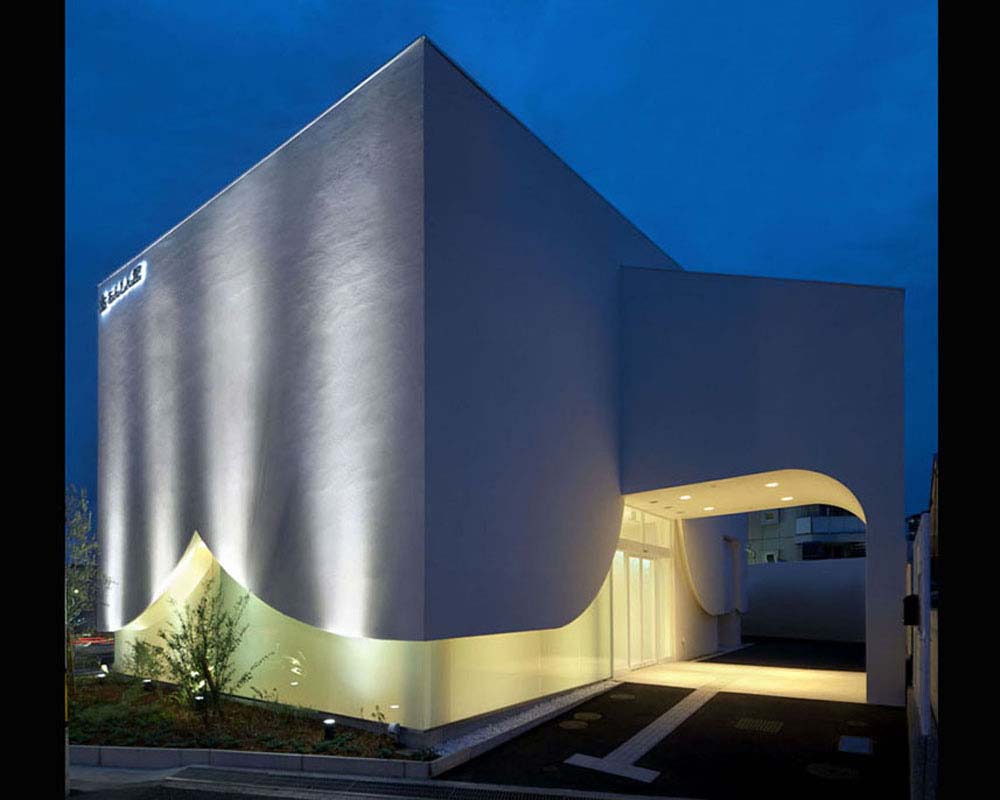 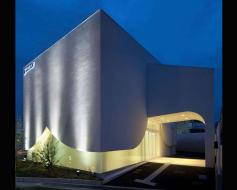 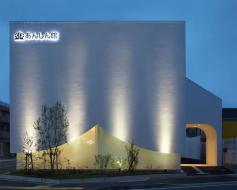 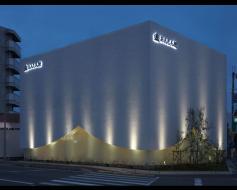 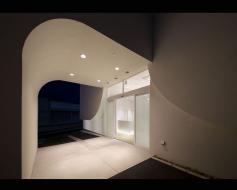 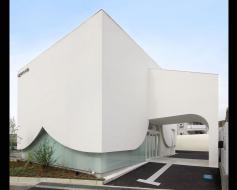 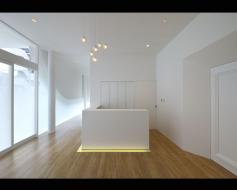 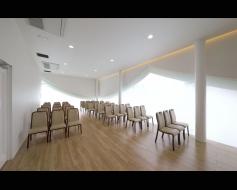 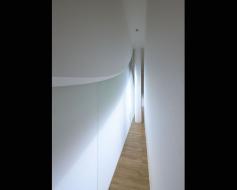 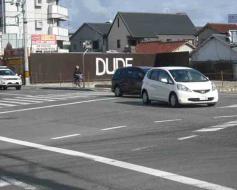 The Funeral Hall Constructed in Mukonoso

A large, white hanging curtain floats slowly and
quietly. The wall that lines up its streamline form
stands there with a grand appearance. Cut off from
the sceneries of the busy city, its interior is protected
and is filled with gentle light.

This building uses a design that is an abstraction
of a large spread “Manmaku”. A Manmaku is a large
partition made with cloths that has been used in Japan
since the past. The large cloth is stretched out
sideways to enclose a specific place, and various
rituals are performed inside. We have come up with a
funeral hall like a Manmaku, where a sense of purity
can be felt in a solemn atmosphere. The exterior is
white, which expresses purity. With this we have
made it possible to be used by people of various
religions as well as people with no religious beliefs
with free interpretations.

Also, by taking the taper to the end of the outer
wall, it appears as cloth from the outside, and has
been made so it seems as if being swathed by a thick
three-dimensional wall. Through this it is possible to
feel a sense comfort, calmness, and security when
inside. The walls that line up streamline forms are like
dense clouds. Natural light gently spreads out from
the bottom glass section as if it was coming through
the clouds, and the space is filled with a soft
atmosphere. In the evenings on the other hand, a
stable program can be proceeded with through light
controls that adjust to the progress of the funeral.

The PLAN has the reception, ceremony hall, and
waiting room for religious people on the first floor,
and the second floor is mainly the preparation room.

We wish for everyone to be able to spend a peaceful
moment here.

Introduction
From interiors to architectures, we design various spaces.
The name of the business office “eleven nine” means pure grade as eleven nines, 99.999999999%.
When we receive a request, the first thing we do is to listen carefully. Then, consider the design seriously and propose a comfortable room.