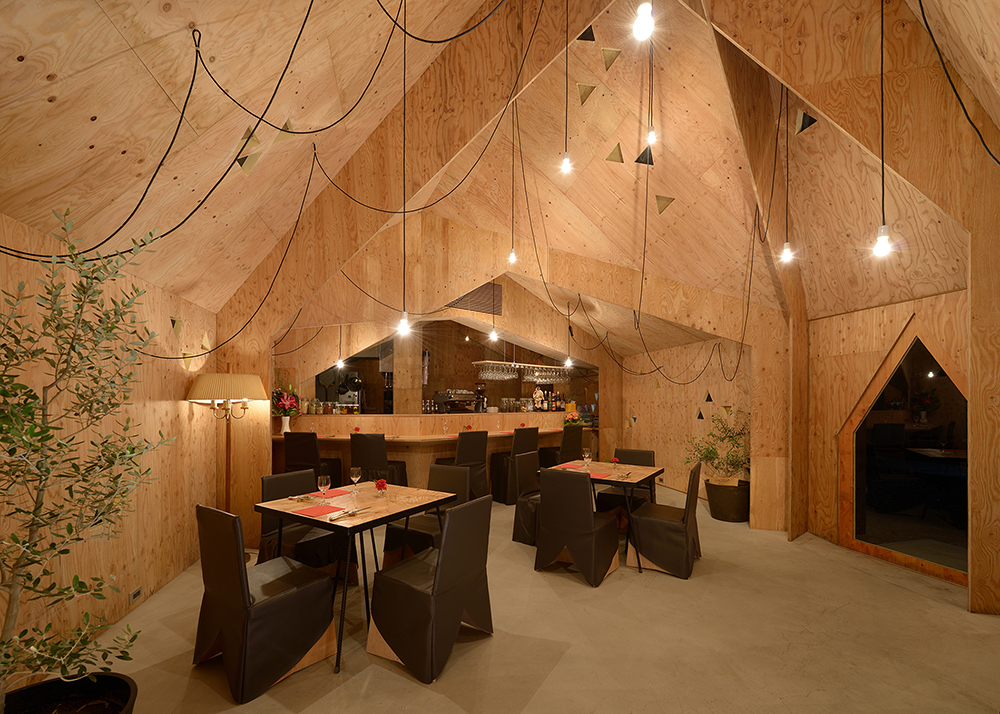 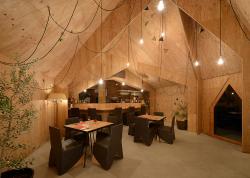 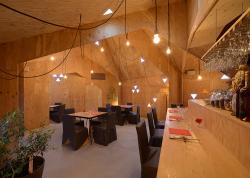 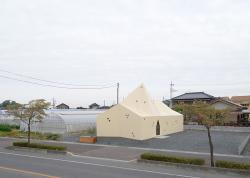 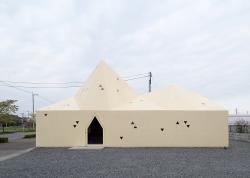 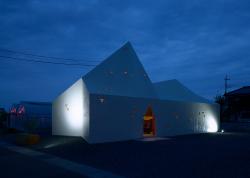 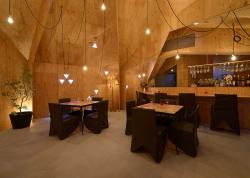 It's an Italian restaurant being become an opportunity to develop the local identity, made by self-build.

This is an Italian restaurant in Gunma prefecture.
In contrast to a big city, this town has a typical local city view. There are many chain stores and giant shopping stores in roadside.
The client is originally from here and he has a strong thought that his hometown should have identity and it needs a place(restaurant) which can be a foothold for local people.

We researched building forms and uses in this town. We tried to get identity as a restaurant and make an opportunity to change the town by making a building form not existing here.
The client thought that the building has a statement toward the town and it arises from the construction period already.
He decided to build as self-build and had a communication actively for the locals passing by during the construction.

On the premise of the self-build and the building form not existing here, we conceived the simple structure by plywood.
The building form became the pointed roof shape not existing in this town.
It’s monocoque construction consisting of the structural plywood portal frame(t=24mm) and the exterior wall(t=59mm).

The exterior is covered with FRP waterproof.
The thin exterior wall carries the atmosphere of the inside to outside with light, sound and smell.
Avoiding to be connecting the inside and the outside directly, the small triangle windows are built.
In inside, the space is separating gently by the portal frame crossing in a net-like.
The kitchen and the hall are same room to bring a live aspect between chef and customer.
The structure is the result of looked for the limit of skills by self-build, and the building façade is creating a totally different view in the town.
We expect it will develop the identity as a landmark by that the locals get together.

GENETO is a creative unit working on variety of projects from Urban design, Architecture, Product design to Art installation. To specialize in all kind of architecture design as well as interior and art installation, GENETO seek' the new imagination of creative value'. Working in cooperation with pivoto, a group company which specializes in furniture production, GENETO is able to achieve a consistent quality and service throughout project. Working on variety of projects without setting any boundaries, GENETO aim to generate new value that yet to be found.