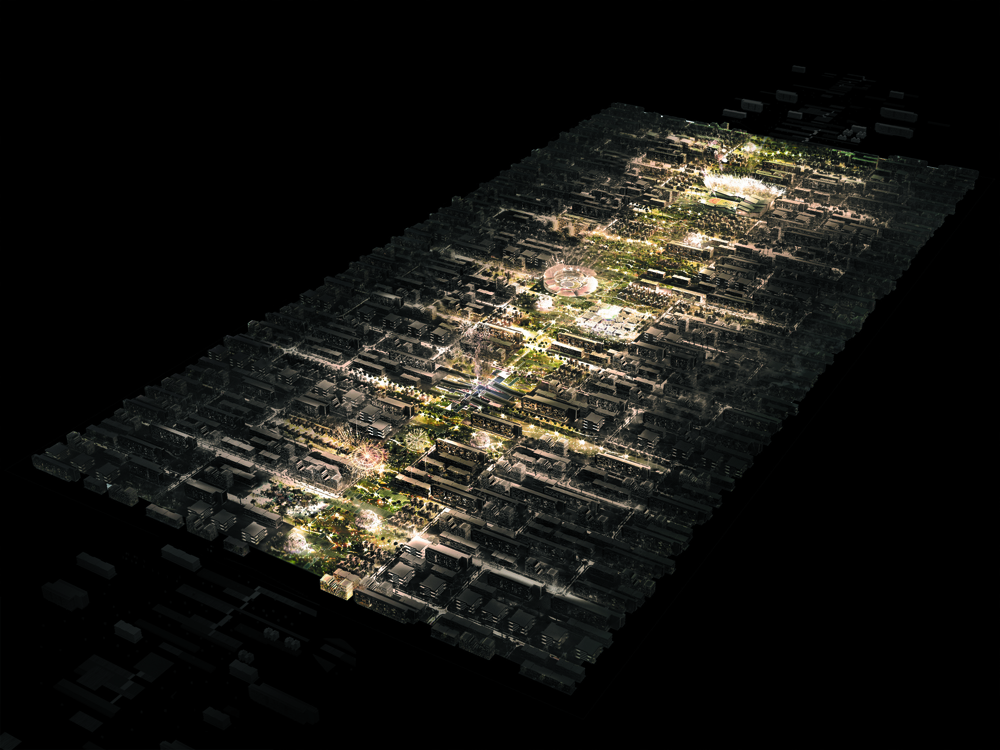 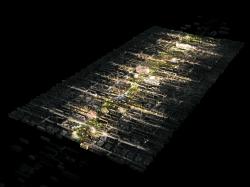 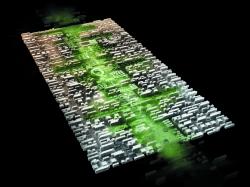 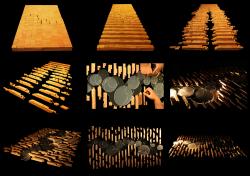 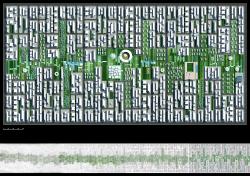 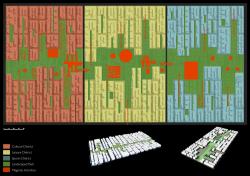 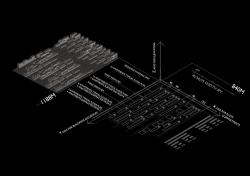 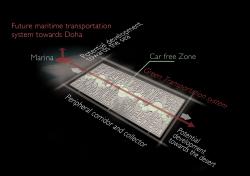 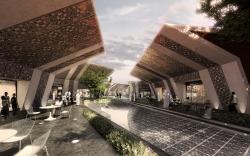 The master plan of the Valley City – Qatar (VCQ) emerged from an in-depth understanding of the existing urban morphology and social structure of Qatari cities, responding to the growing demand for affordable small-size rental accommodation, while respecting architectural guidelines of traditional Qatari and Islamic cities.

Traditionally, Islamic cities were characterized by a chaotic urban morphology as a result of Islamic laws of succession. Properties were subject to successive subdivisions until minimum but functional parts were arrived at: the basic ‘workable’ nucleus unit. Successive iterations of subdivision over the course of decades gave a fractal character to these cities. When taken over a long period of time span – time of development of a city –, this simple function produced at later stages a complex morphology as is know in Chaos Theory.

The VCQ recaptures the simplicity of this original urban fabric by using Chaos Theory as foundation and mathematical tool, and working with a system that creates a series of well defined spaces or “urban fingers” running parallel to each other and creating maximum interface between public and private spaces by maximizing their line of exposure.
The proposed urban grid is built perpendicular to the hot desert wind trajectory, allowing the wind to hit the city and initiate a circulating movement throughout the urban structure in a sequence of chaotic curves following the Heighway dragon curve. The path generated by the wind turbulences leads to the development of a linear city with a catalytic green valley crossing it between the residential fingers, thus creating a strong sense of place for the community and allowing for a healthy and climate friendly pedestrian realm.
The resulting urban plan allows for expansion of the city with equal opportunities towards the desert and the sea, thus maximizing growth possibilities.