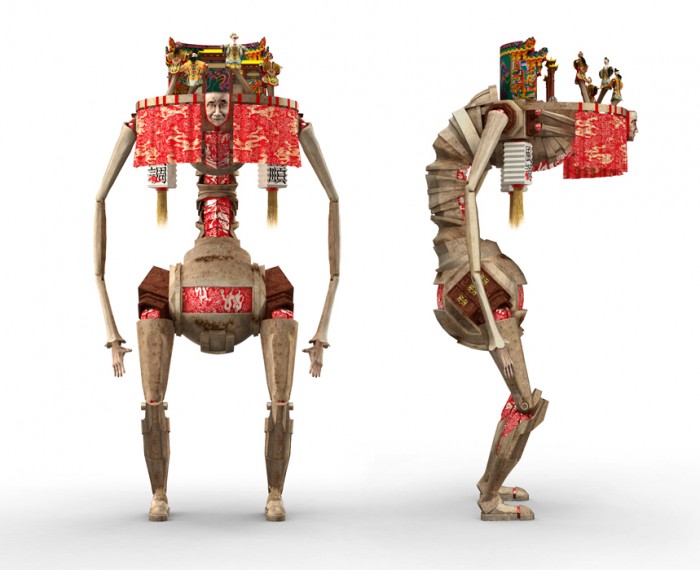 “Glove Puppet Master” is an unknown life form which has lived for thousands of years ago. With the face of elderly man, more than 10 feet tall, he has six hands to manipulate different puppets. He is also good at ventriloquism and wind instruments that he can make the dub and soundtrack at the same time.

His puppet shows used to be super popular with people of all ages, touring anywhere, from city to country, from theater to street. His fans adored him so much and followed him at every performance. He was always the focus of attention.

This project is paid a tribute to Taiwanese puppeteer, Li Tian-Lu.