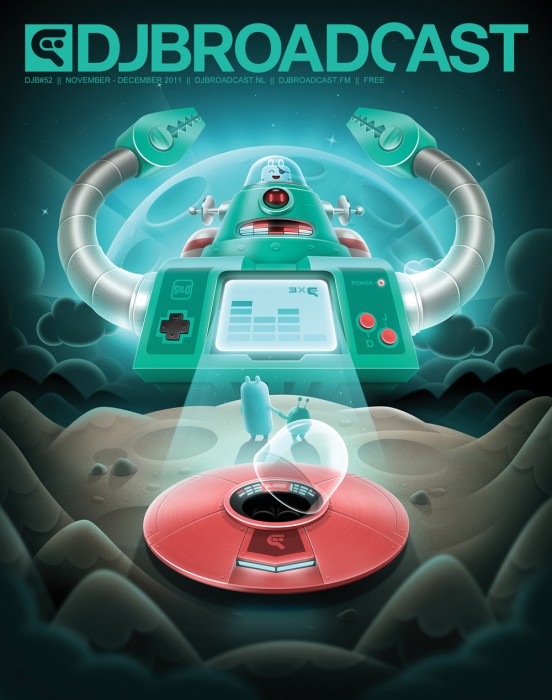 After participating in a DJBroadcast design exposition a few
years ago, DJBroadcast approached Martijn van Dam to
illustrate a cover for their bi-monthly magazine in his
trademark colourful style that incorporated a futuristic
setting with electronic dance music.

The work that Martijn makes under his Super Silo alias has
a rich and distinct feel to it, achieved by creating the entire
image using Adobe Photoshop. After a hand drawn sketch
he created an illustration using a combination of vector
shapes and additional brushing to add dept. The scene
features a giant robot to ad a futuristic character to the
scene. Further detailing, like the analyzer in the robots
torso, hints to the dance music subject of the magazine.

DJBroadcast has a broad audience of people who have an
affection for dance music. It covers the latest releases and
club nights. Besides being offered as a bimonthly
subscription, it's also available for free at a large amount of
stores and venues.