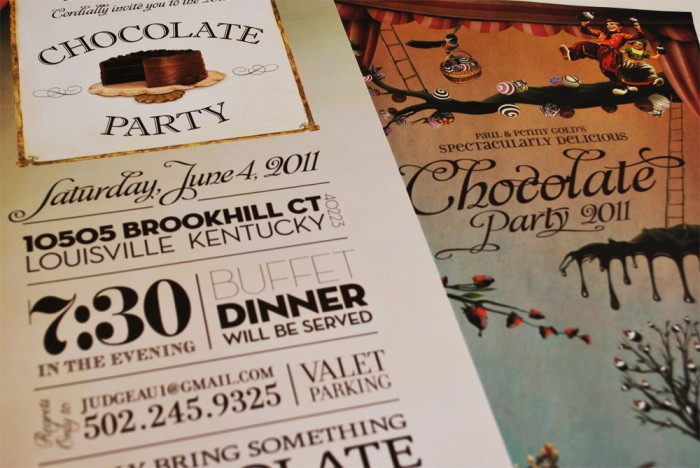 Thirty years ago, my parents had just moved to town. They invited their new friends over to celebrate my father's birthday. A chocolate lover since childhood, my dad asked his friends not to bring a gift, but told them they could bring a "chocolate something", and everyone would share it for dessert. Since that first year, the tradition and guest lists have grown. Today, 300 invitations are sent inviting more than 500 people to bring and eat chocolate treats. I design the annual invite, doing my best to get everyone's mouths watering and their creativity churning about which dessert to bring and share. For 2011's version, I combined vintage chocolate advertisements, stock images, and digital and hand-drawn illustrations to bring the viewer into a vastly delicious chocolate wonderland. The goal was to invoke a child-like enthusiasm for the love of chocolate, and to remind the invitee that, where chocolate and imagination are concerned, the sky is the limit.