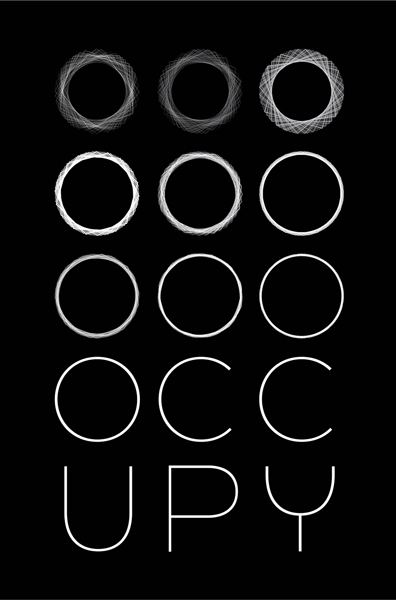 Through Occupy Wall street, an ongoing series by the activist brings up many different social problems that everyone has thought about. This includes social and economy inequalities, greed, corruption, unemployment, and the control the corporations have over the rest of society. 99% and 1% refer to the growing differences in wealth in the United States. 1% refers to the wealthiest population and the 99% to the rest of the population. In the poster, geometrical shapes are used to represent the disorder and chaos in our community. These shapes start to form overlaps and create a circular shape in to which they merge. Communications between people help to organize what individuals want, and the idea of solidarity applies to people who want the shared value of the community to be equal.