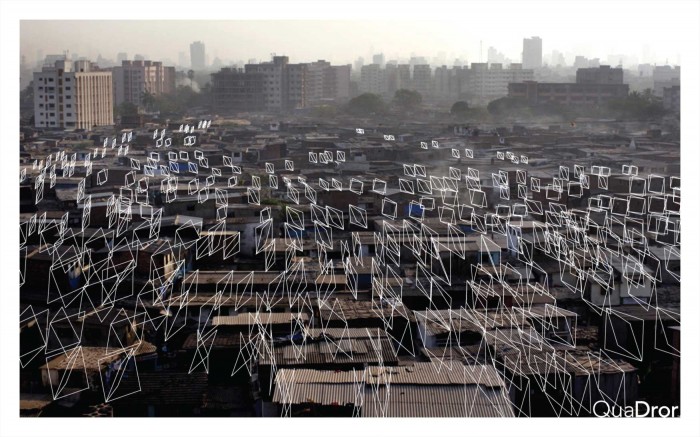 QuaDror is a unique space truss geometry that can adapt to various conditions and configurations. It presents unparalleled structural efficiency and manifold design initiatives including a didactic solution to the global idea of habitat. Dror was initially inspired by the aesthetic and versatility of this geometry, which he discovered through his experimentation with material and form. This endeavor became a collaborative experience - a cross-disciplinary dialogue between architecture, urban design, and non-profit organizations.
Boosted by a team of experts, the studio conducted inter-disciplinary research and rigorous analysis, to soon discover the overwhelming strength of the geometry coming from the most simplistic physical force. The geometry revealed five development direction for applications with endless possibilities; dividing, dwelling, trestle, fenestration and artistic installation. These enabled designs reflect an ever-changing world where contextual factors and technological resources are shifting definitions of architecture, design, and the traditional boundaries between disciplines.
“Our goal is to inspire change. Working with creative and innovative experts from various fields, we aim to share and implement this geometry in urban design, architecture, philanthropic work, and public art. When realizing that the system could potentially bring a groundbreaking solution to the global issue of habitat, we were eager to complete our experimentations and share this discovery with the world.” says Dror.

When exploring the possibilities and potential of the QuaDror structure on an architecture scale, we realized that the collapsibility of the system allows for 1750 QuaDror Home kits to be shipped in one 40-foot container.

The QuaDror Home structure is based on four identical L-shaped pieces of various embodied elements assembled with the help of the QuaDror universal joints. The envelope and the beams are made of local materials, which allow for integrating a cultural and ecological context in the final design of the building. The didactic characteristic of the QuaDror Home model stirs the empowerment of the local communities. It is a tool for construction rather than an imposed design or prefab building. The QuaDror Home Kit includes the QuaDror universal joints, the tools and a guide for an easy assembly structure.

Since 2002, Dror Benshetrit has developed an interdisciplinary practice specializing in innovative design projects. His approach to design has shown breadth and depth through the completion of projects varying in scales and nature. His portfolio encompasses product design, architecture projects, interior design, graphic design, and art direction.

He explores the nature of movement, space and forms and shares with us the transformative power of design through each of his creations. Dror’s perception of the world was enriched by travels across Europe and multi-cultural experiences. He received his education at the Eindhoven Design Academy in Holland. Dror has long been interested in the complexity of the manifold meanings and uses that intersect at a single object. Rooted in a rigorous approach and methodology of movement, every project is driven with the desire to unleash the mutable and non-static nature of objects. Dror observes the world from an inquisitive eye, seeking responses to the needs of our modern lifestyle. Each project starts with questions and triggers an immersive investigation.

Dror has lectured around the world and received numerous design awards including the GE Plastics Competition “Merging Boundaries” (2001), iF Product Design Award (2006), the Good Design Award (2008). He has gained international media exposure. and has been widely exhibited. His work is included in the permanent collections of major museums in North America, Europe and the Middle East.
Dror is represented by Culture and Commerce, Inc., an agency representing design luminaries including Yves Béhar, Philippe Starck and Marcel Wanders.