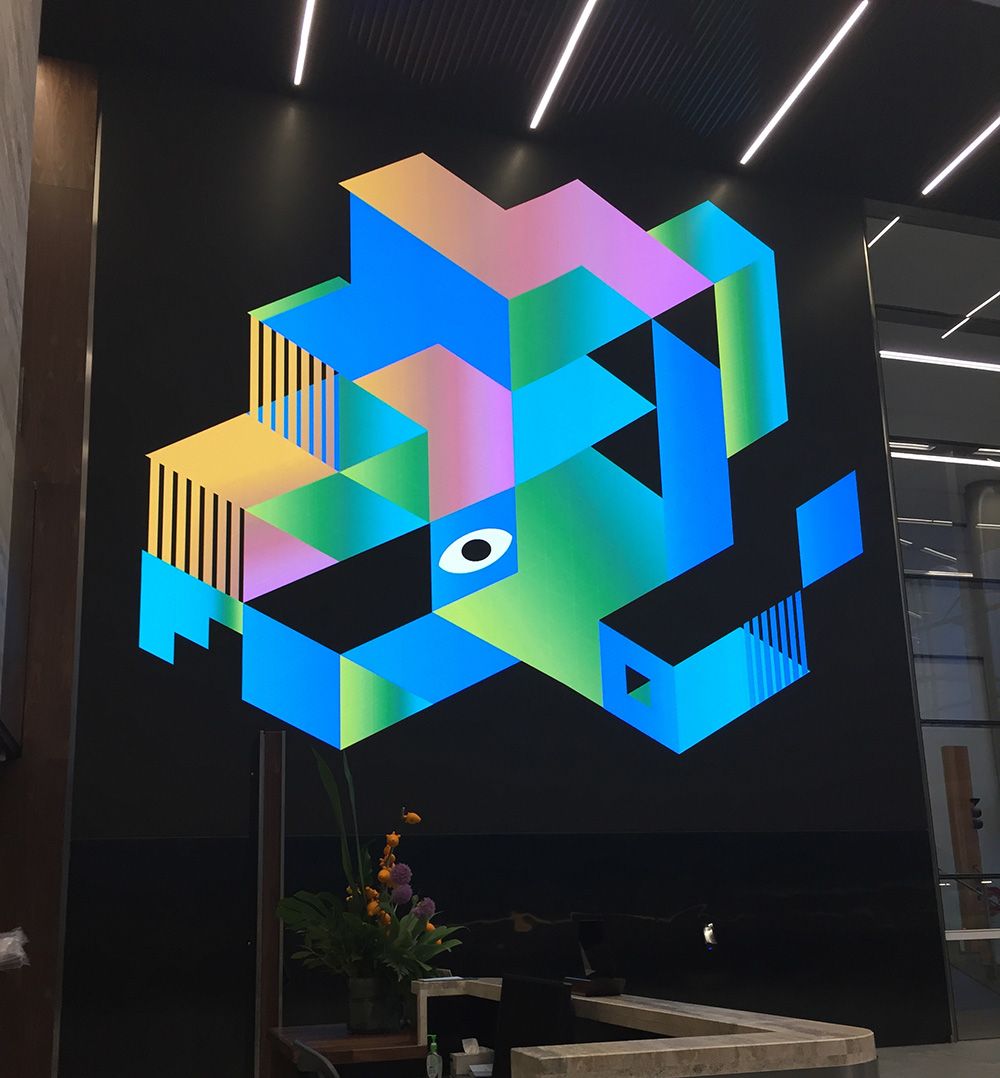 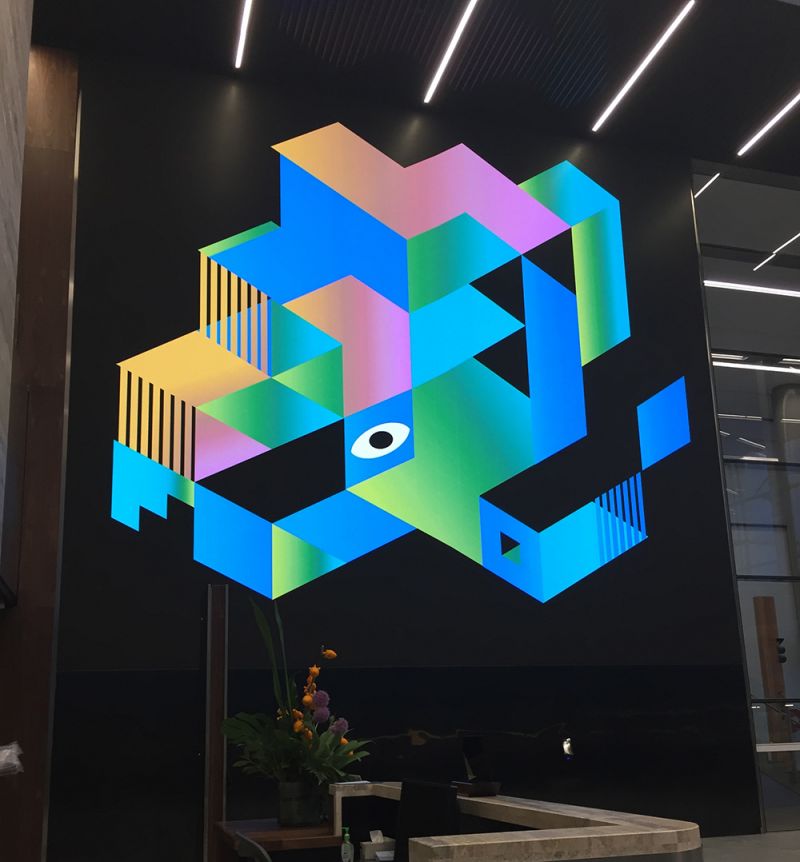 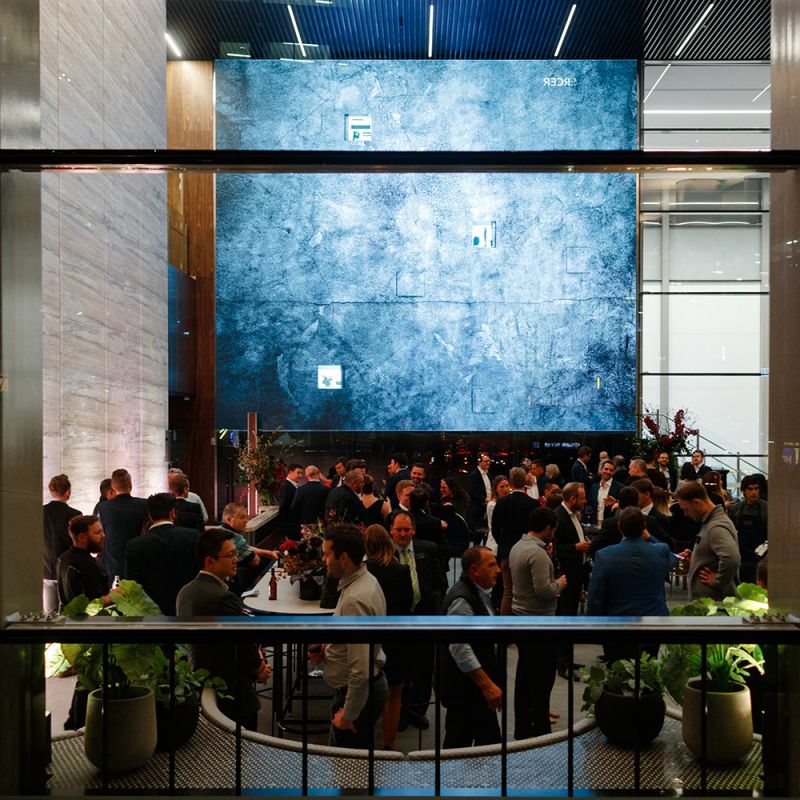 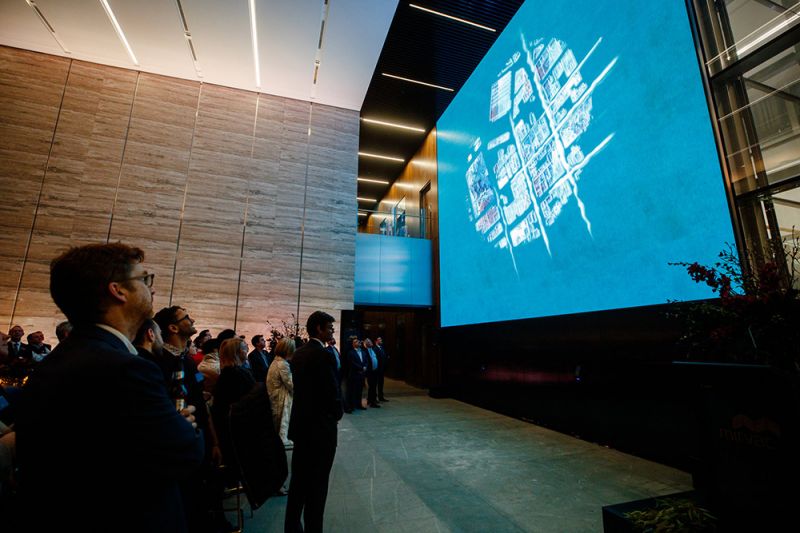 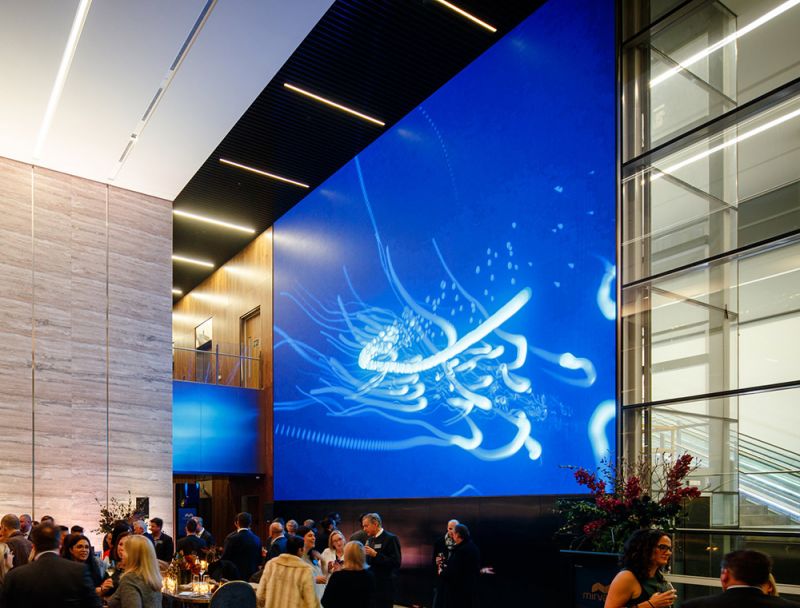 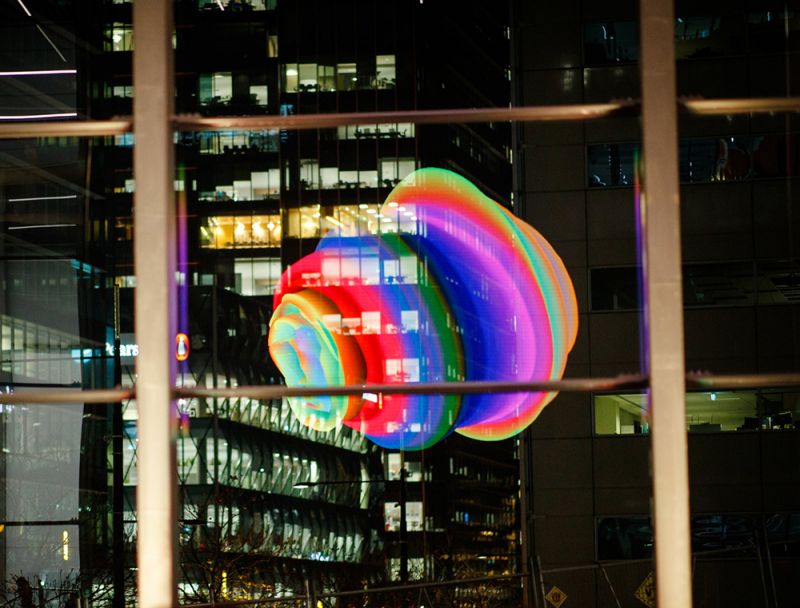 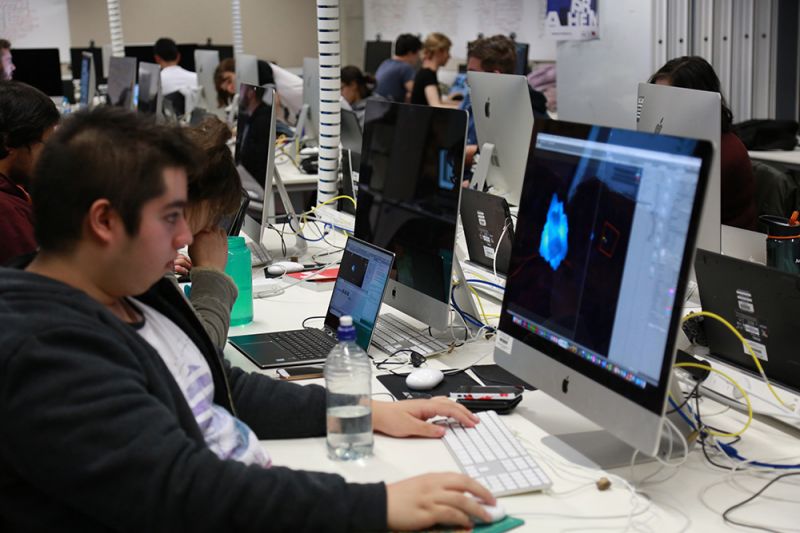 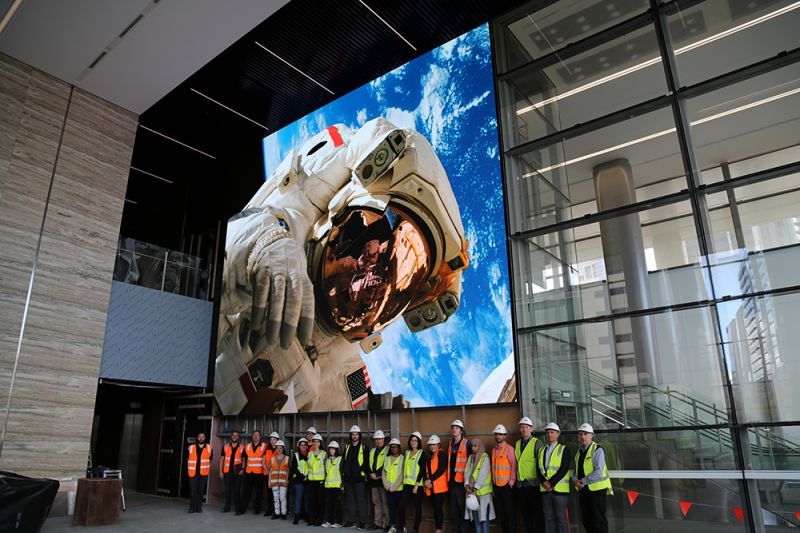 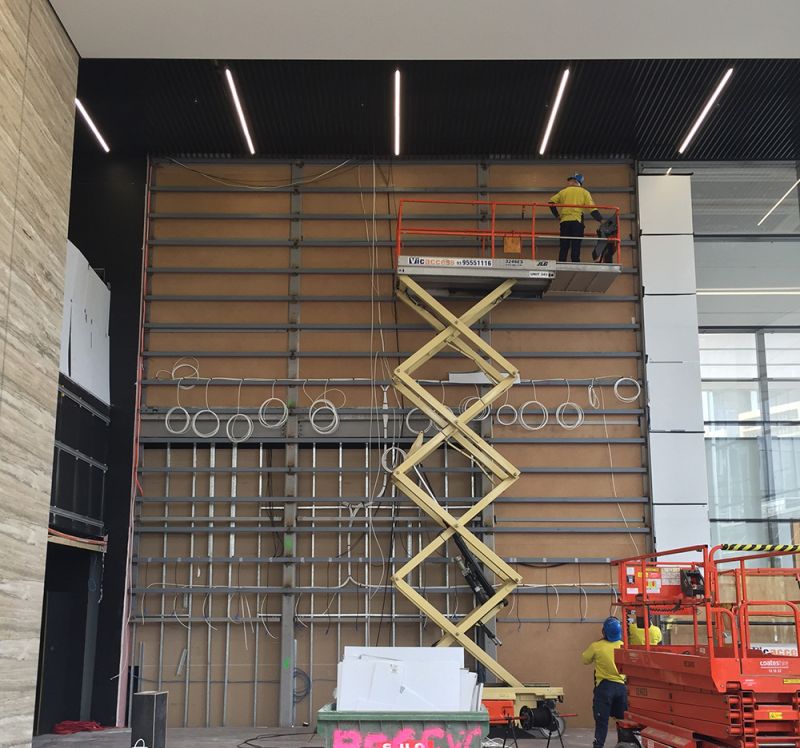 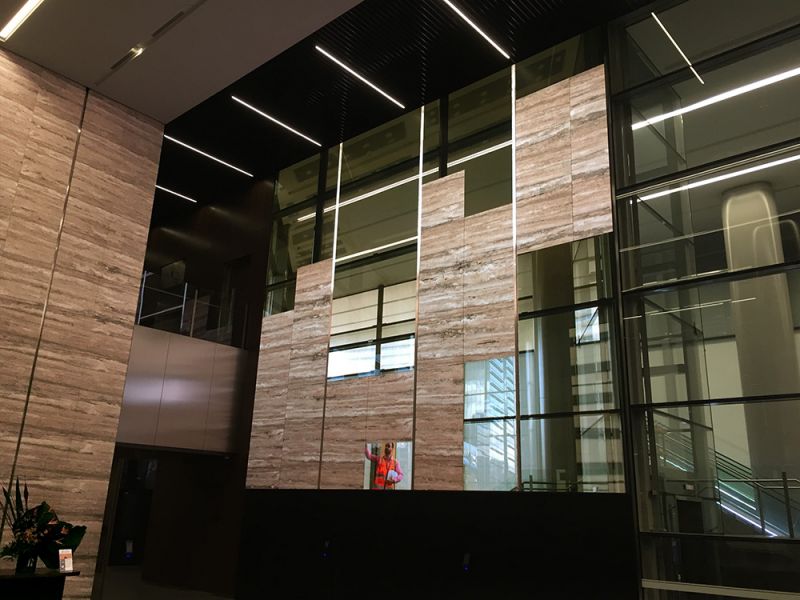 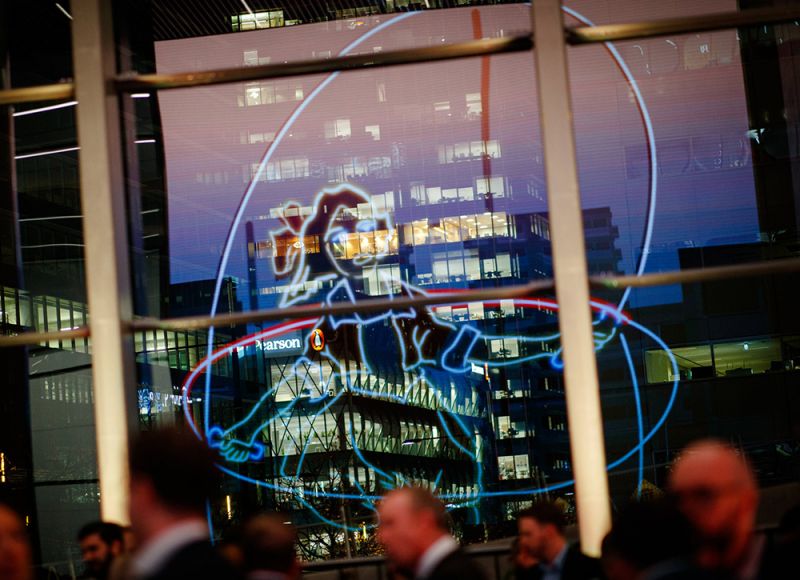 The 664 Media Wall is a massive public artwork and is a principal design element, of Southern Cross Railway Station in Melbourne, Australia. The 8x9 metre high-resolution screen is a collaboration between Swinburne Design, Mirvac Developers, and Grimshaw Architects. The screen features over 2 hours of animation created by 80 designers. It is affected by real-time data sources from around the world, requiring the development of new technologies, including adaptive algorithms. Visible to thousands of daily commuters, the 664 Media Wall represents design excellence through urban storytelling.