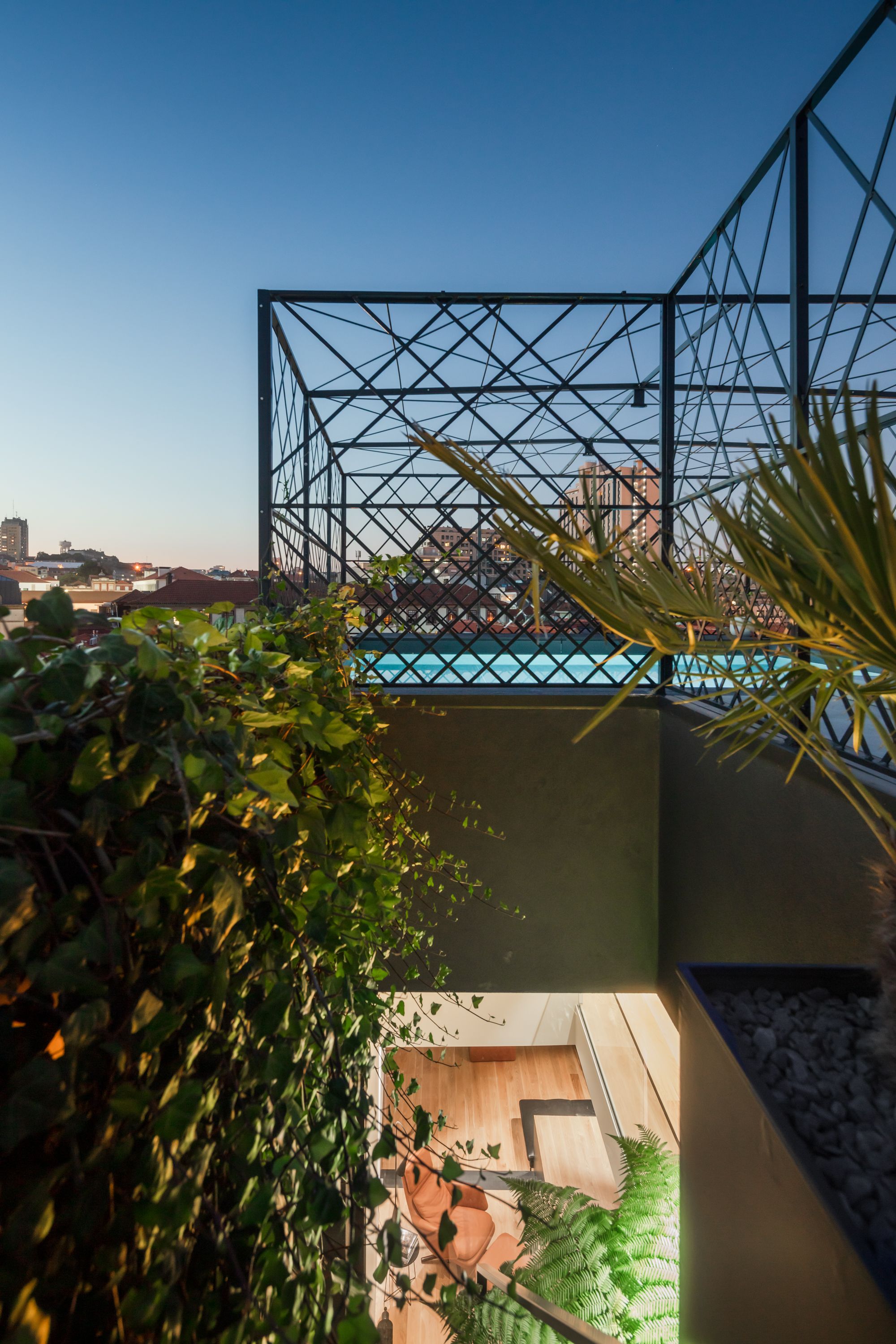 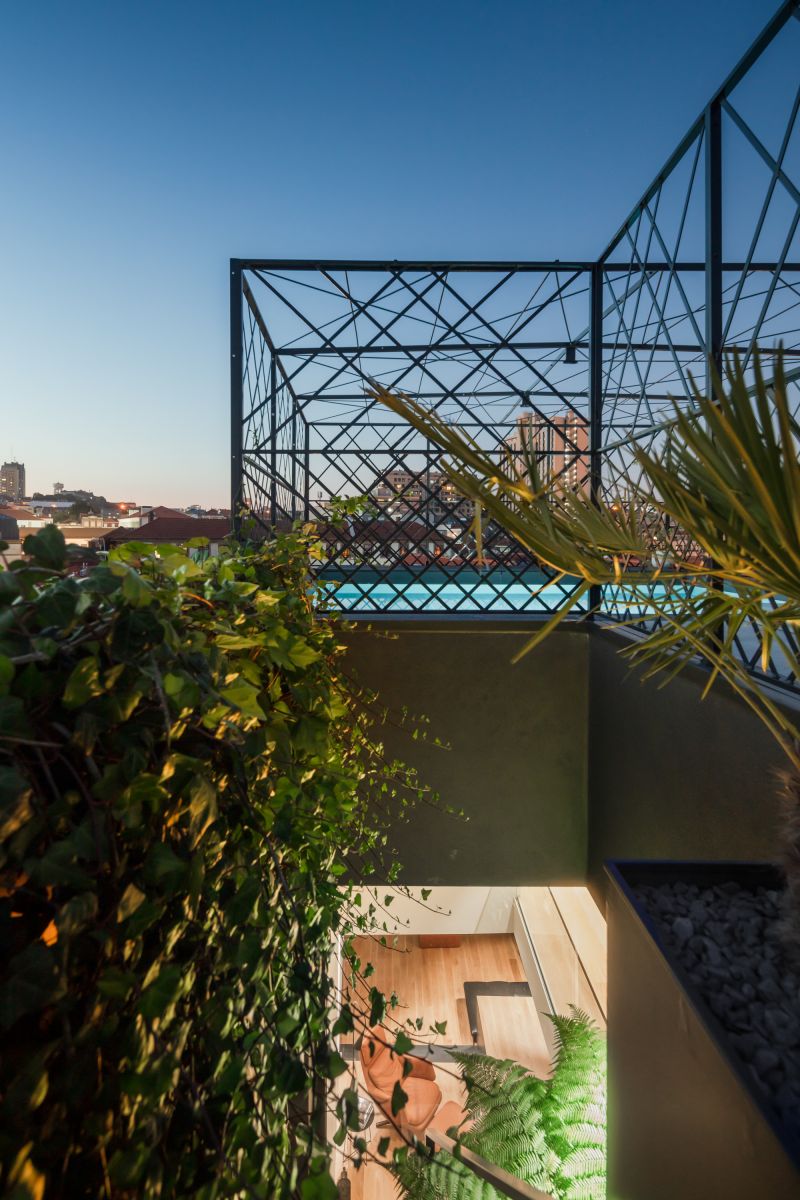 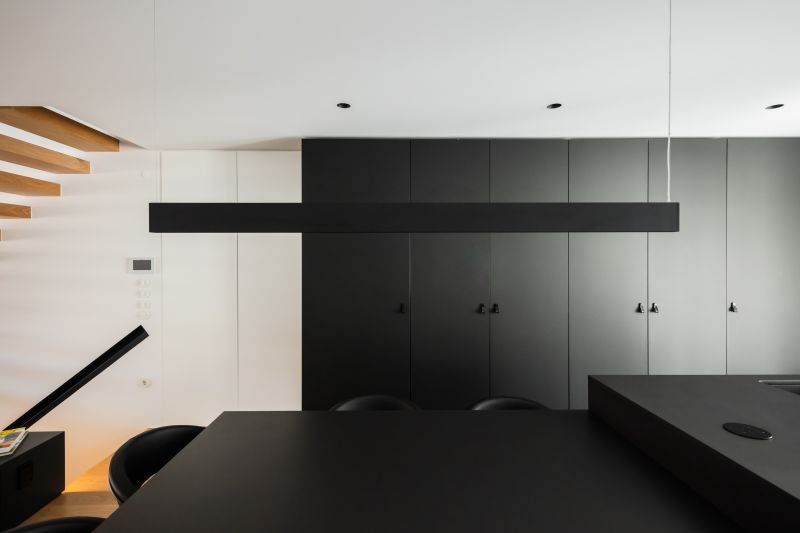 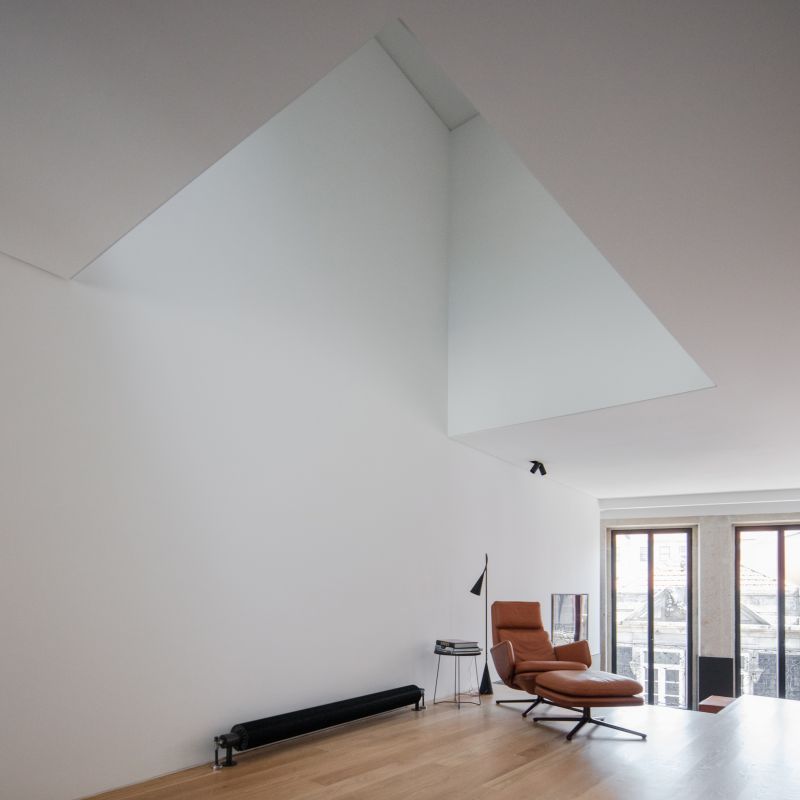 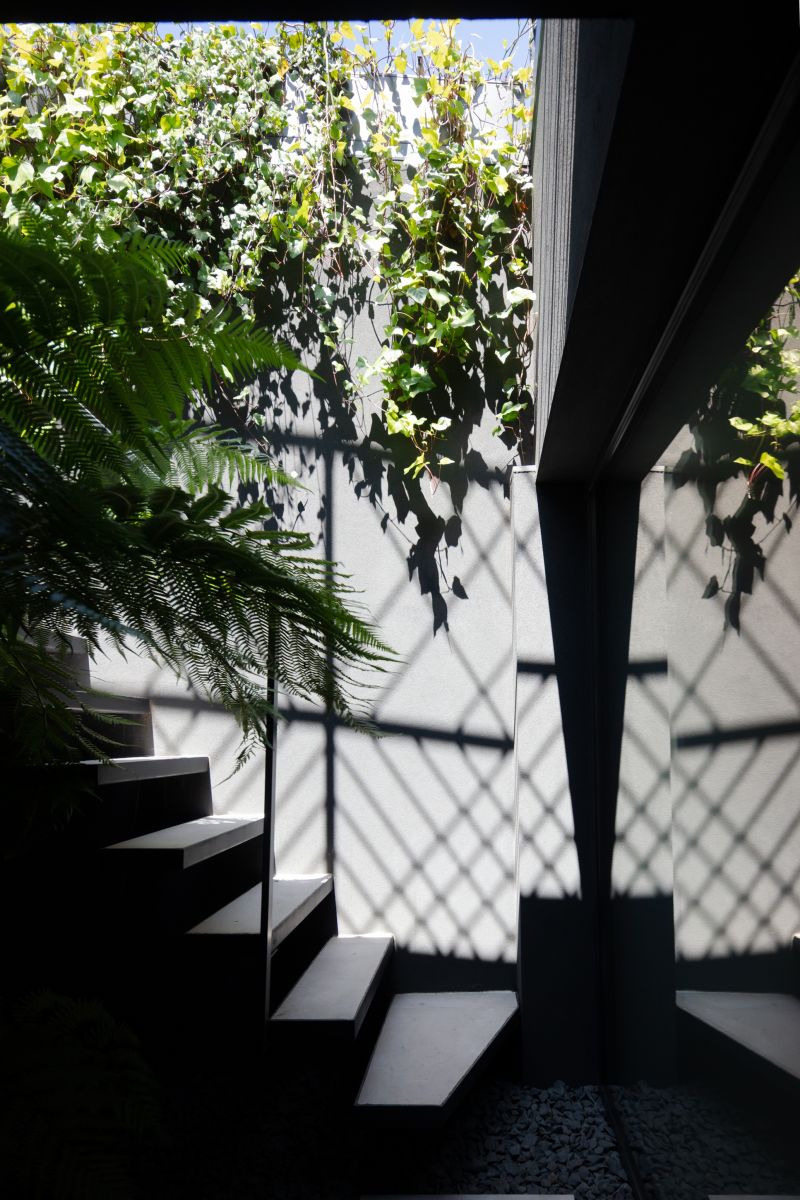 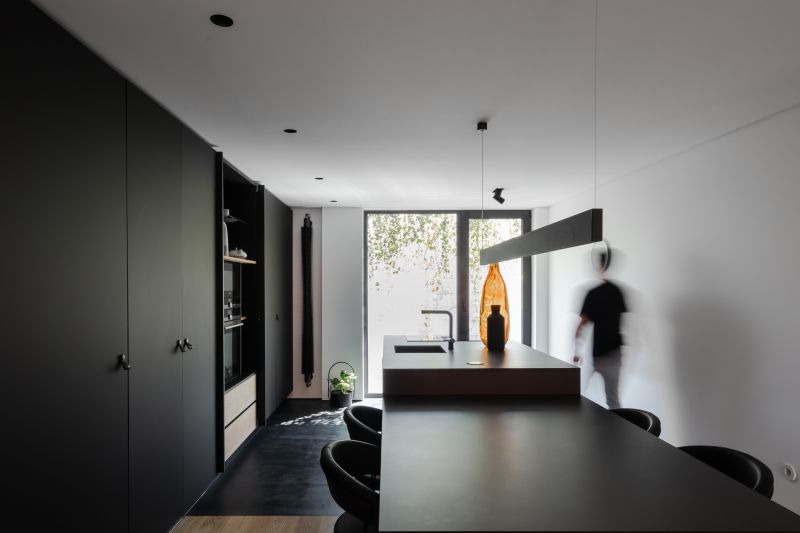 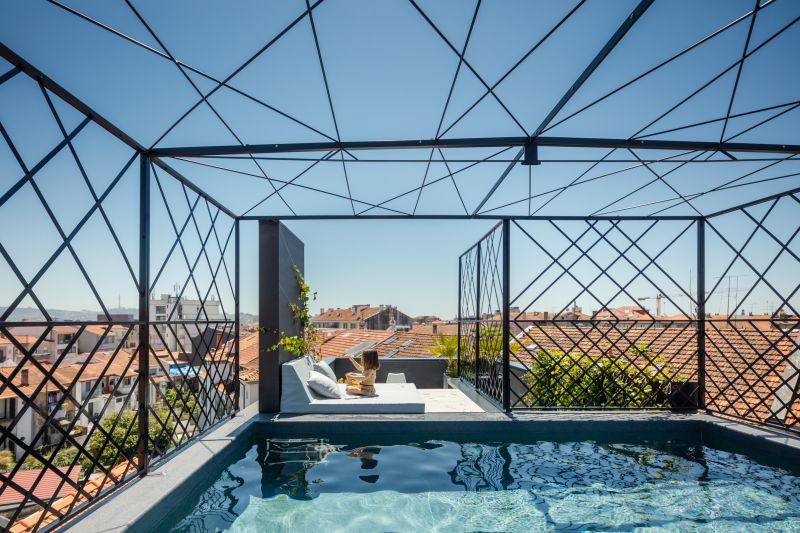 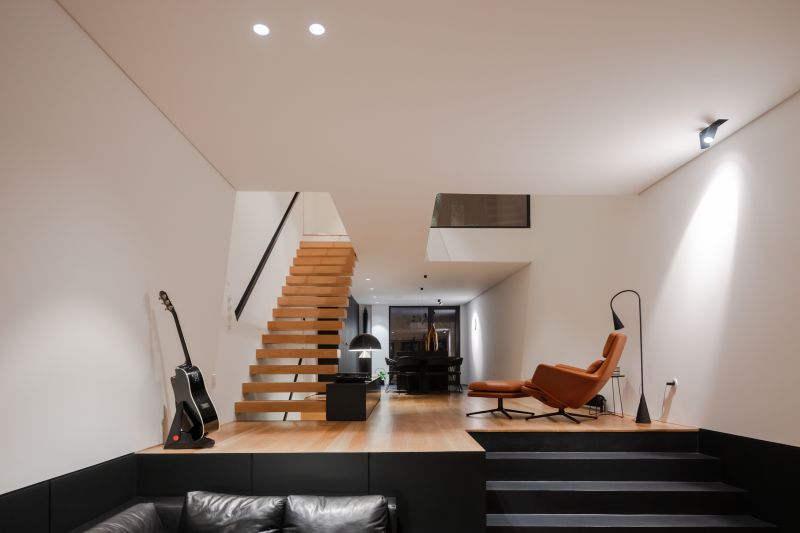 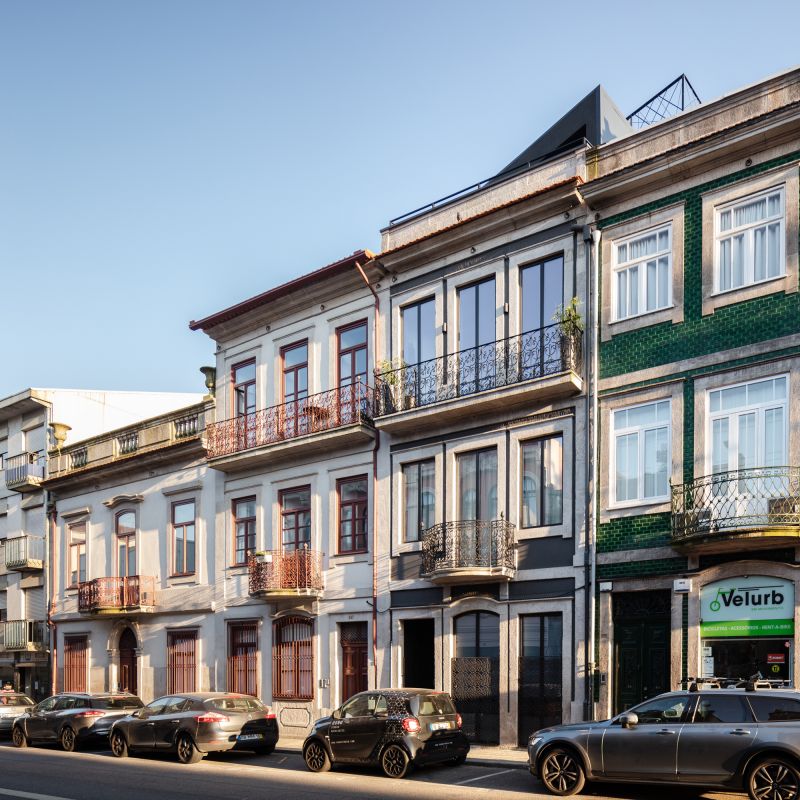 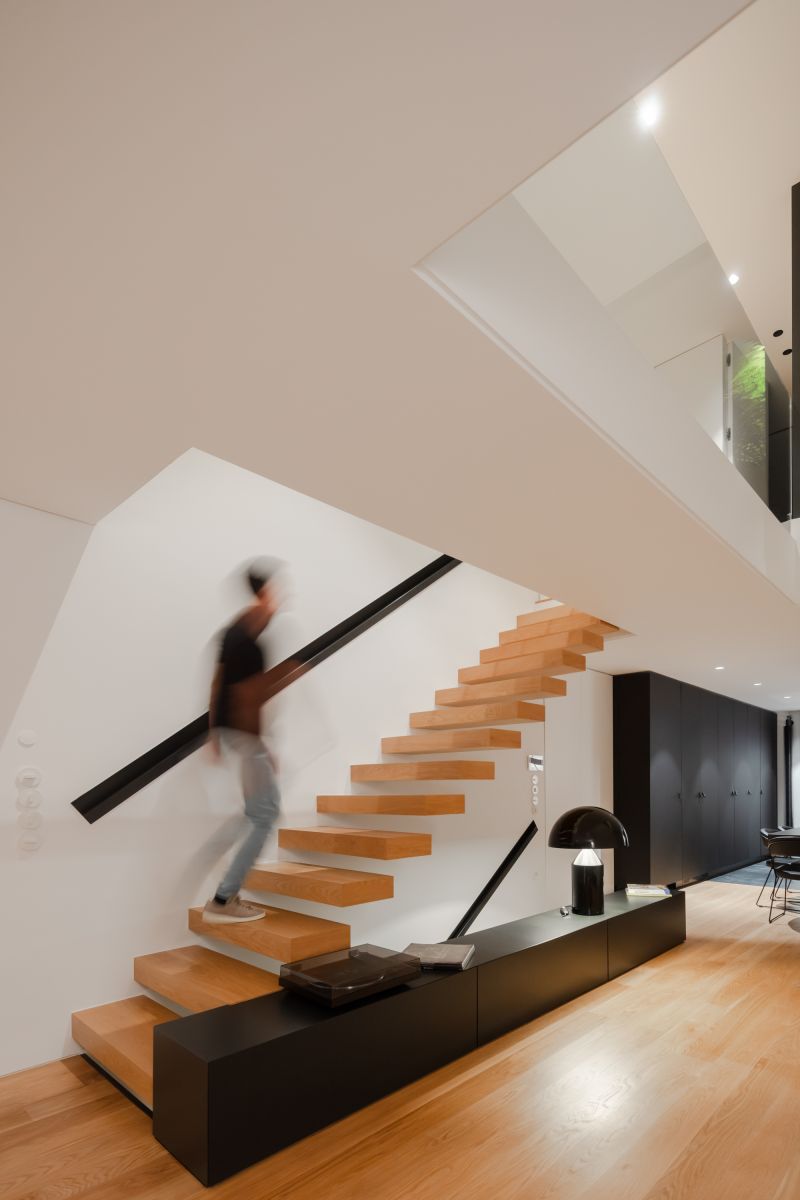 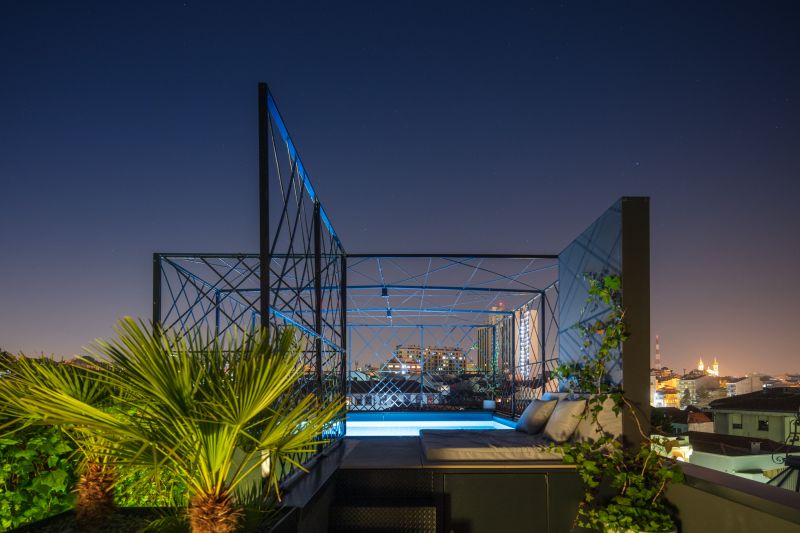 The Fernandes Tomás Apartment had origin in an unusual pre-existing building, part of the old and traditional Porto urban mesh, that was target of an urban rehabilitation exercise, which sought to explore a new spatial contemporaneity, providing strong sensations to the user.
The program arises from some concisely delineating intentions, such as the creation of a space based in searching for light, of minimalist raw spaces, and outdoor spaces such as a patio and an access to the roof with its swimming pool. Thus, seeking a disruption with the traditionally apartment concept.