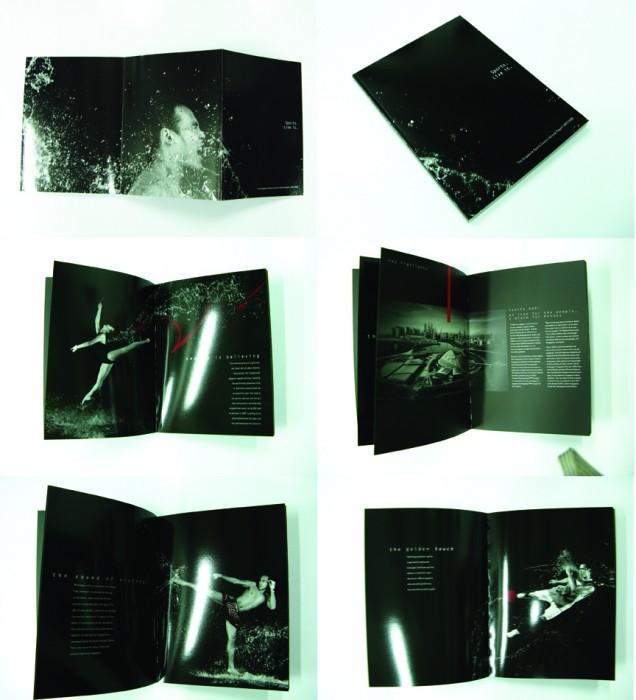 The aim of the annual report is to highlight Singapore’s phenomenal accomplishments in the global sports arena, as well as the effort taken by the Singapore Sports Council and the local sports fraternity to put Singapore on the map that year. The world’s first Formula One night race and Youth Olympic Games are some of the said achievements. To embody the efforts of Singapore and the Council, water was used as a theme, portraying sweat, effort and passion. Marrying this with stylised black-and-white photographs, we captured the greatness that lies in athletes, reflecting the year’s immense achievements. In addition, the cover of the annual report hints at the water-based theme at first glance, but it folds out to reveal a picture embodying the spirit of the Council. To reinforce the identities of Singapore and the Council, a vital part of the section divider pictures within the annual report was coloured red - the official colour of both the country and the organisation. The section divider pictures were also treated with a layer of gloss to bring out their distinct nature.