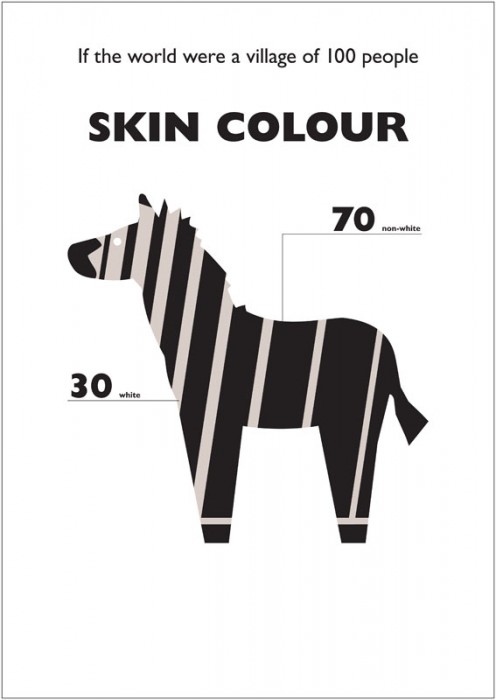 This is a self-initiated project based on the scenario – If the world were a village of 100 people. There are a few different versions of this text in circulation about the world’s statistics. I found the data very striking and neatly summarises the world that we live in. So I used information graphics to re-tell the story in another creative way. I designed a set of 20 posters, which contain most of the information. I used simple vector graphics that related to a statistic in order to present the information in the simplest and most accessible way.

Toby Ng graduated in Graphic Design from Central St. Martin’s, London in 2008 and is now stationed in Hong Kong with Sandy Choi Associates. Ng’s designs have received global recognition including the Red Dot Awards, GDC Awards and the HOW International Design Awards. His photographs were shortlisted for The Taylor Wessing Photographic Portrait Prizes 2008 and exhibited in the National Portrait Gallery, London and various national galleries in the UK. Between 2006 and 2009, Ng took on placements in companies such as Landor and Saatchi & Saatchi Design in London.