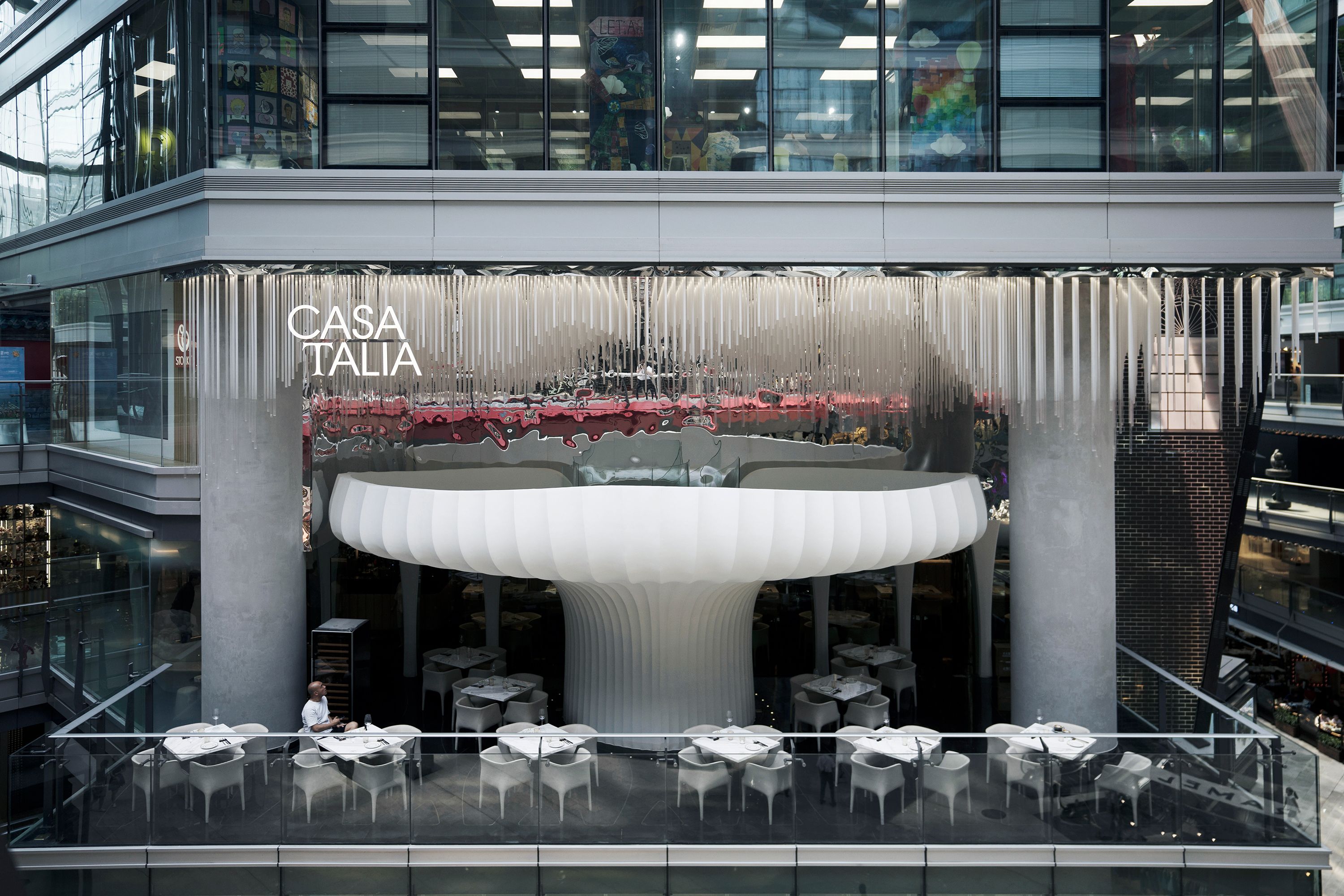 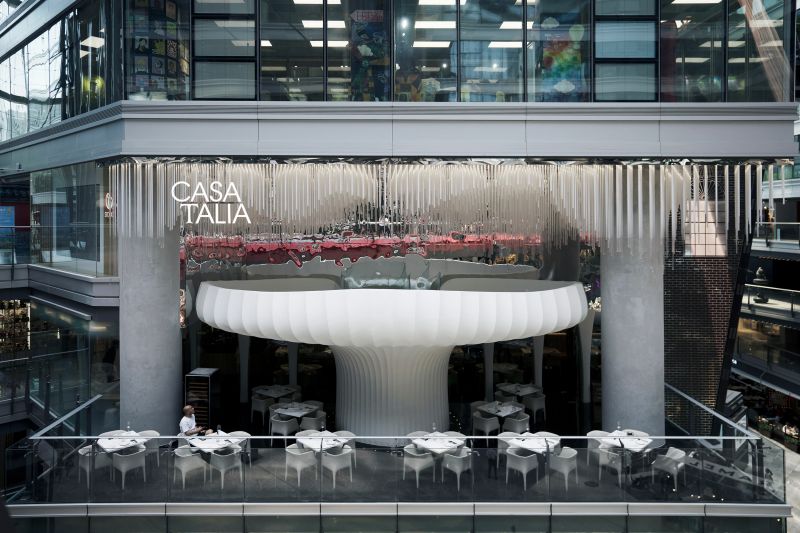 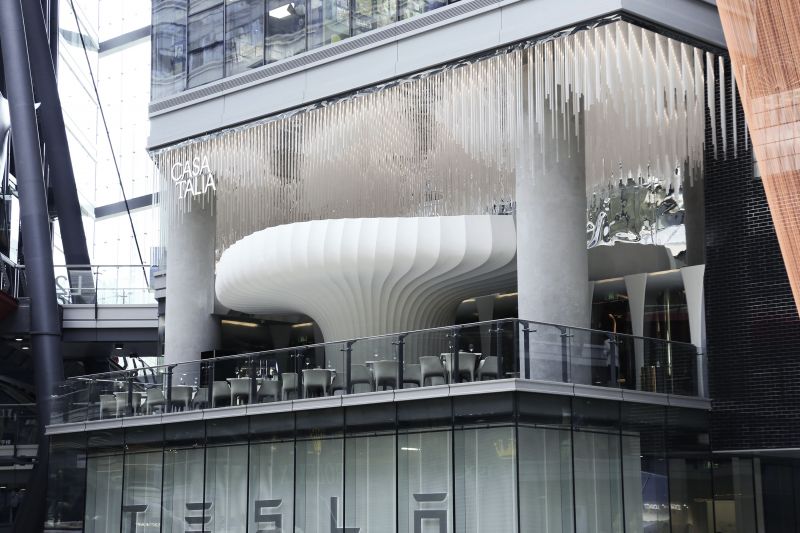 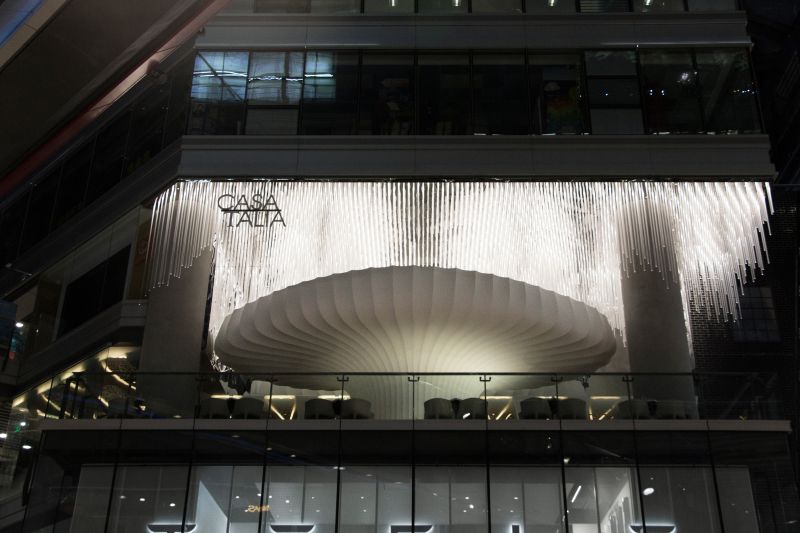 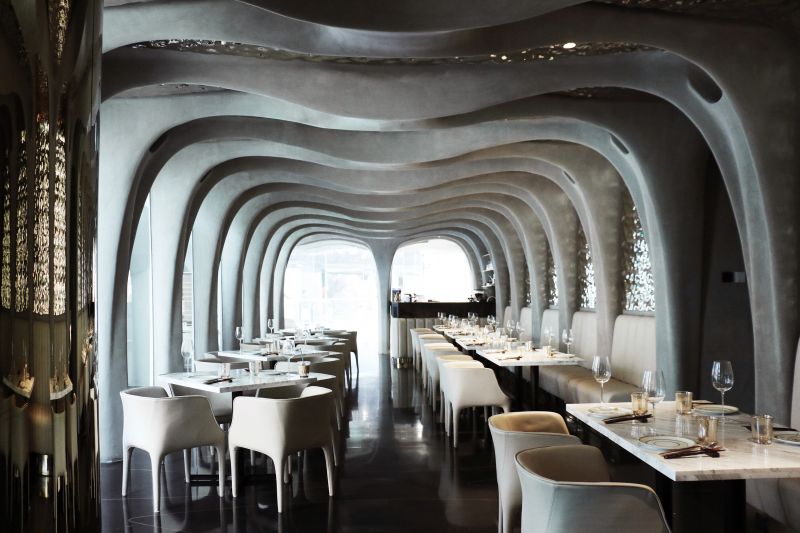 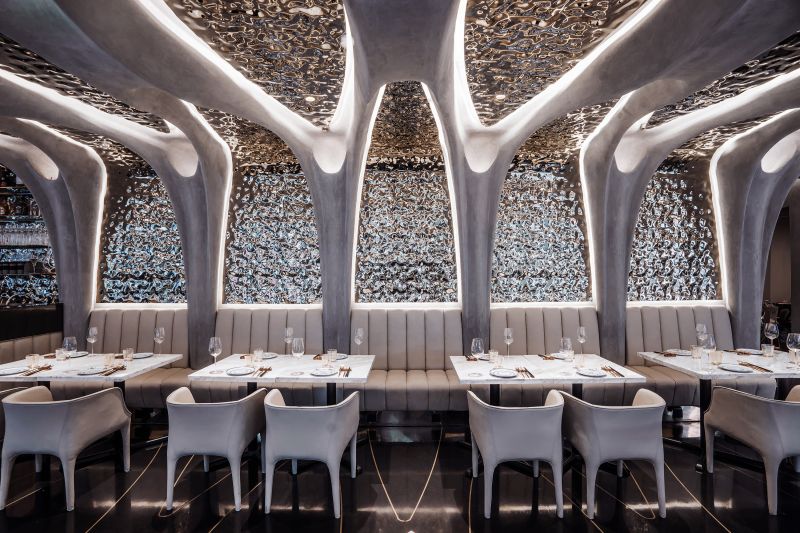 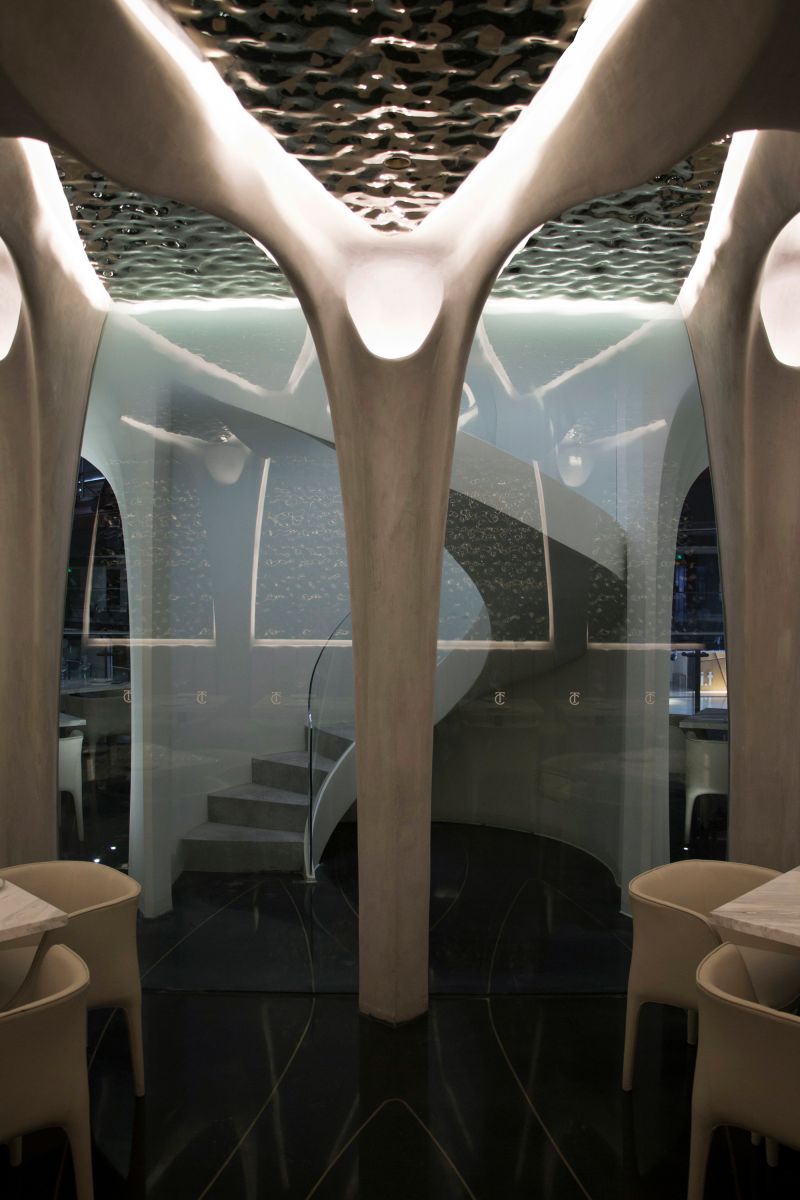 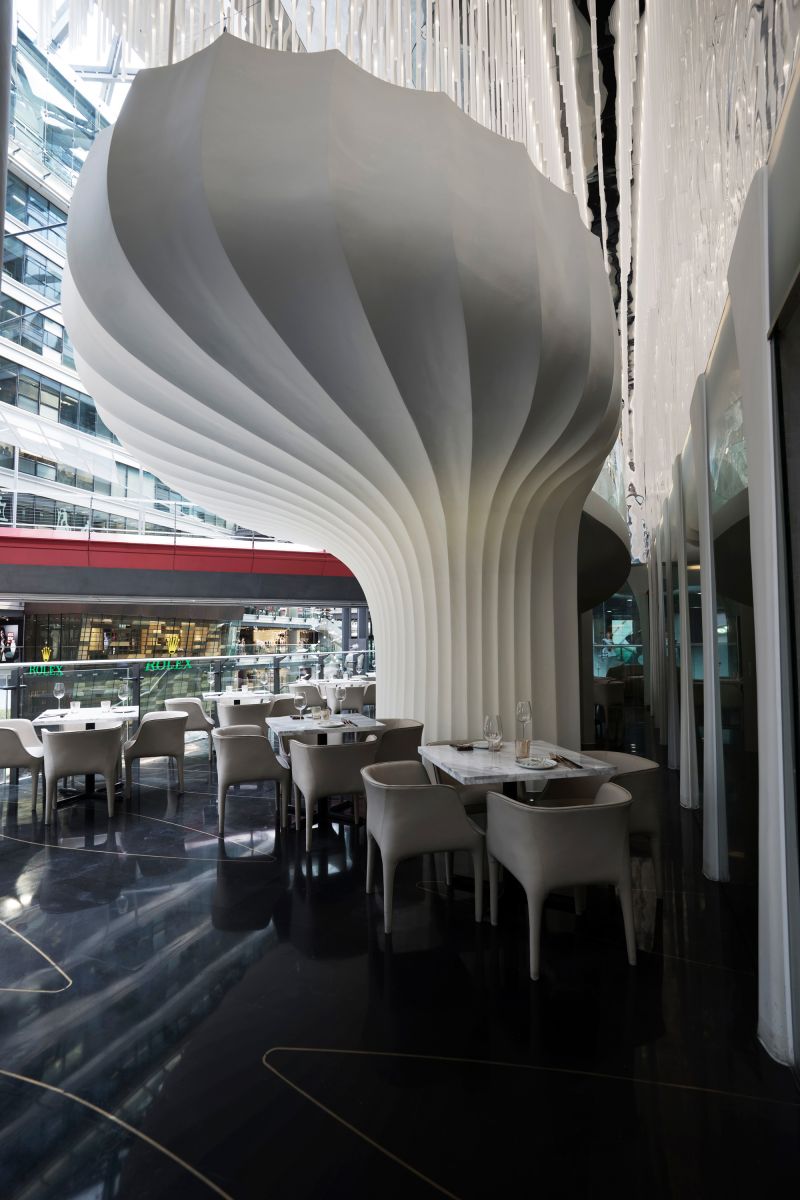 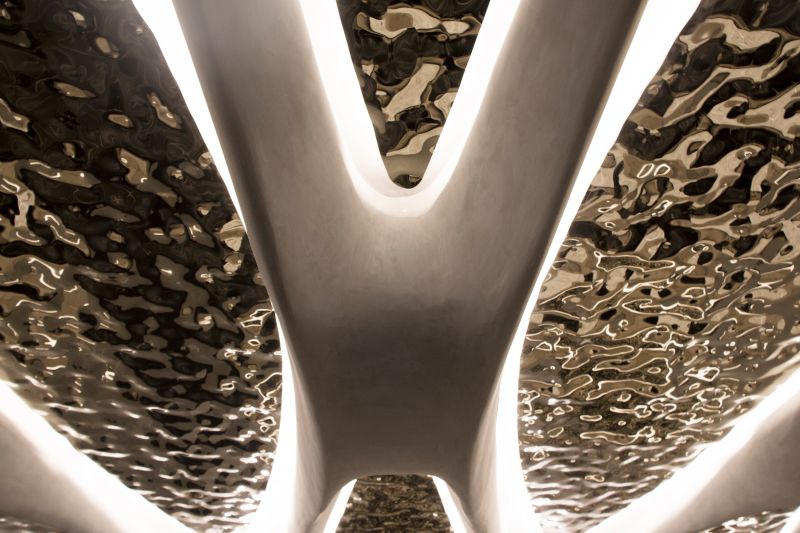 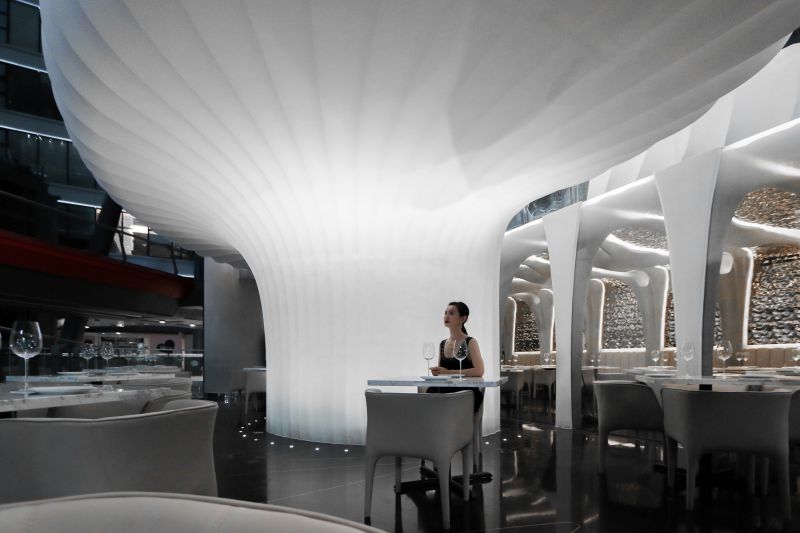 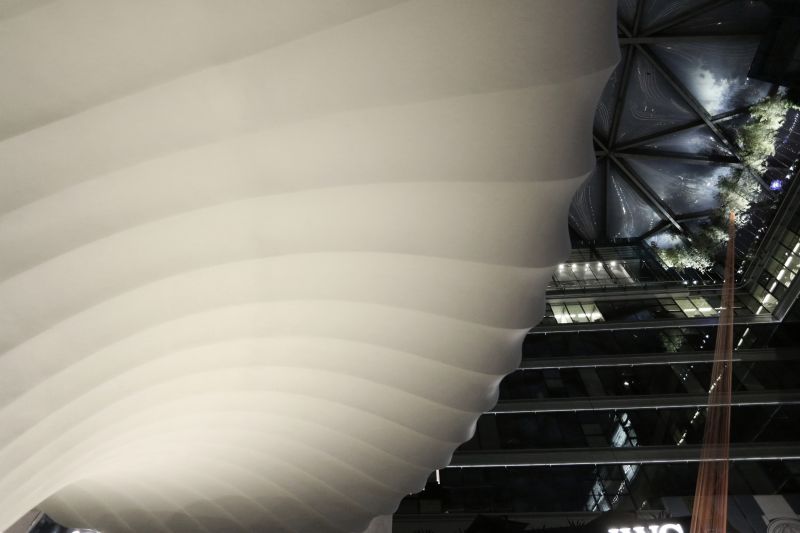 It’s located in the heart of the complex that spans around 100 meters from floor to ceiling. CAA decided to integrate a surreal spatial expression with a Mediterranean style of environmental consciousness to its design.
The flower-like structure on the terrace where the restaurant is located is made to symbolize an organic entity bathing in sunlight.
The interior of the restaurant resembles that of a mysterious grand sanctuary. The concrete skeletal structure forms a novel spatial system, interwoven with numerous layers.

Haowei Liu, the representative of a new generation of Architects, specializing as an interior designer and public art designer.He founded CAA Architects in 2006.

Directed by Liu's “Design for Tomorrow” principle, CAA continues its various types of projects/practice around the world, reflecting futuristic concepts and integrating with oriental philosophy and humanistic ideas.