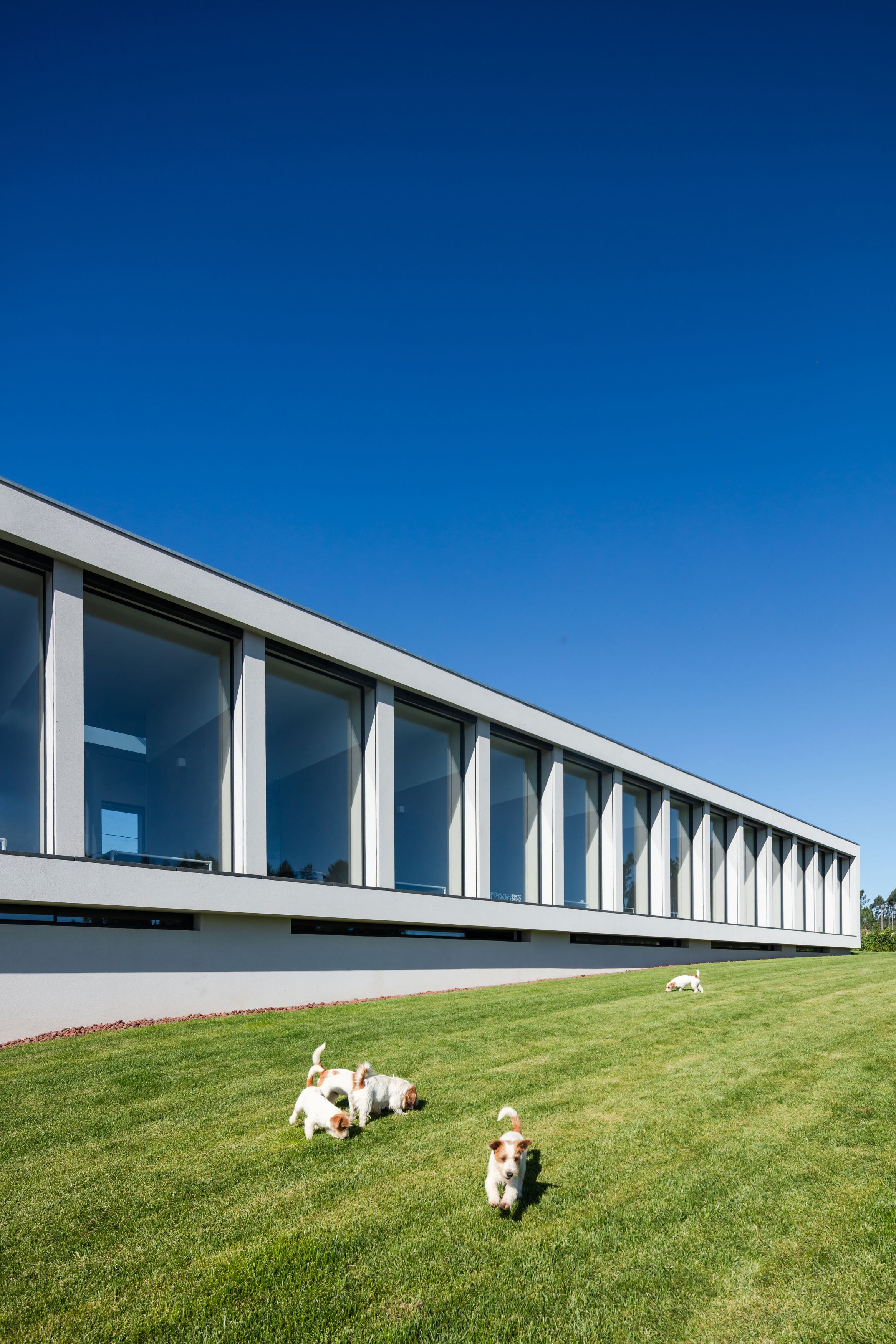 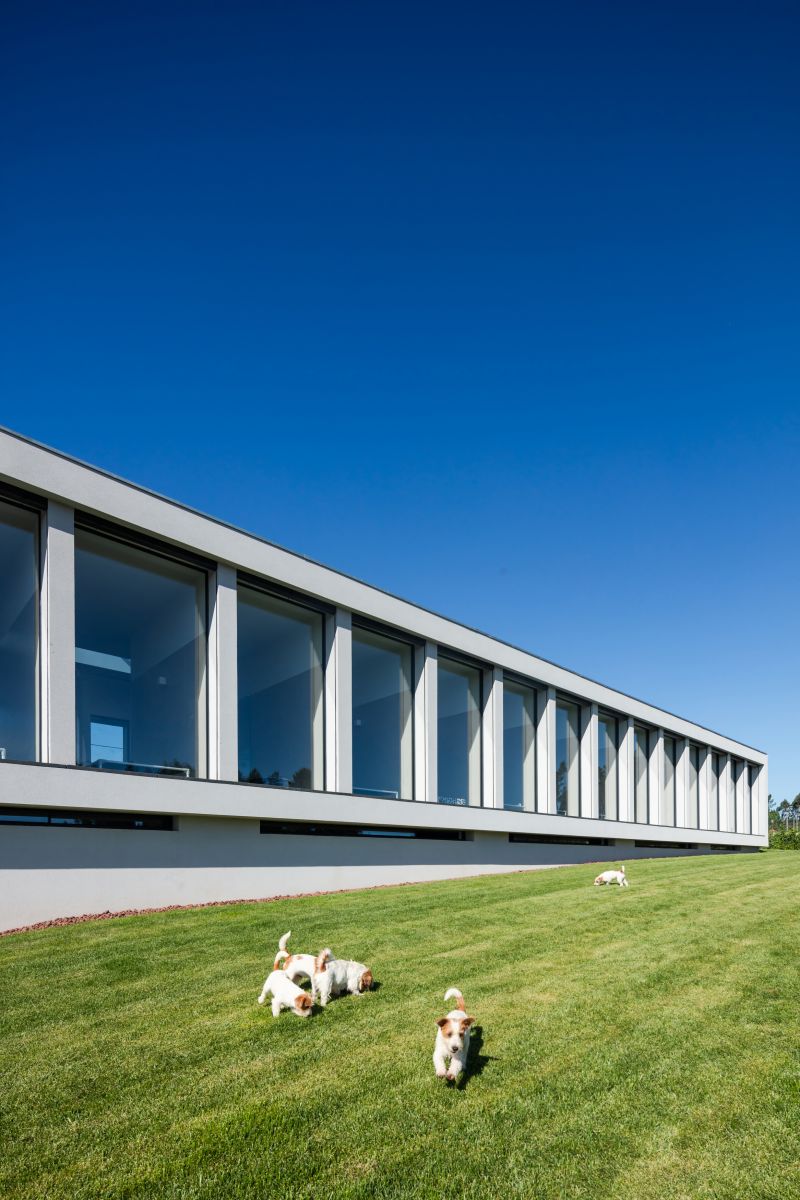 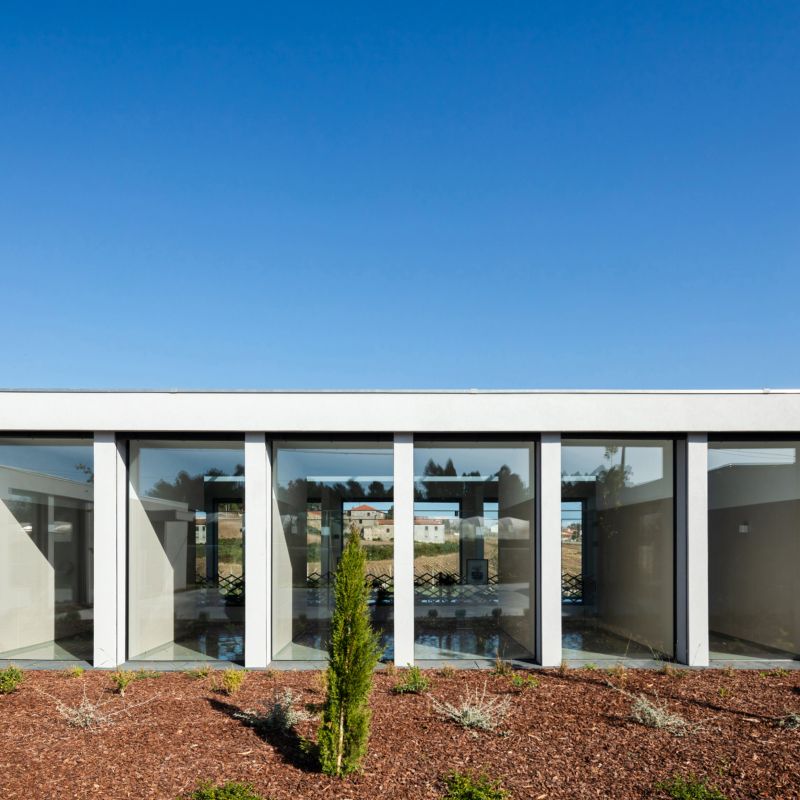 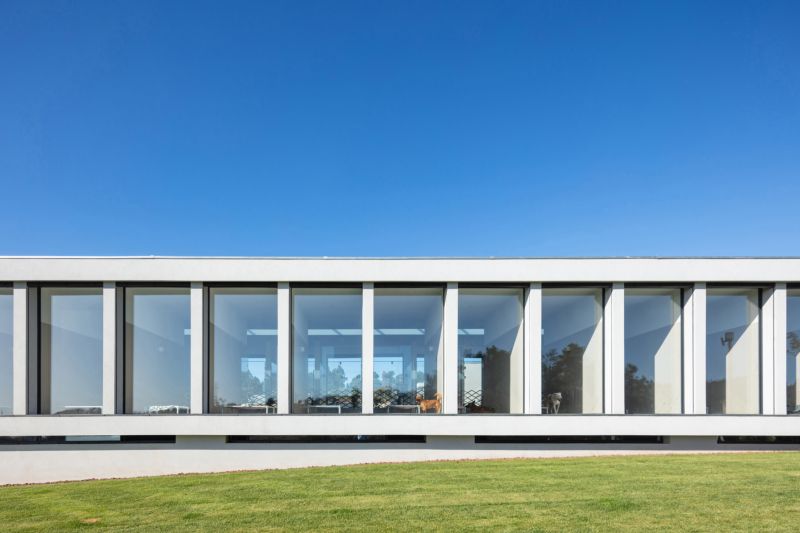 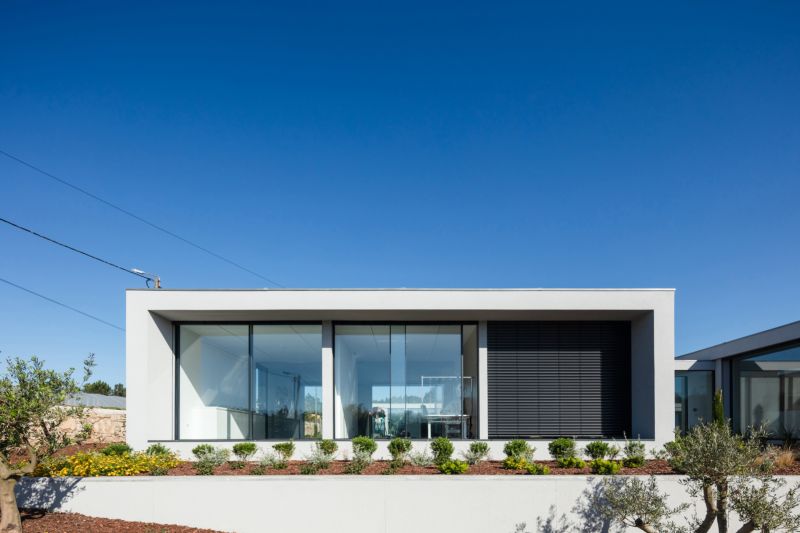 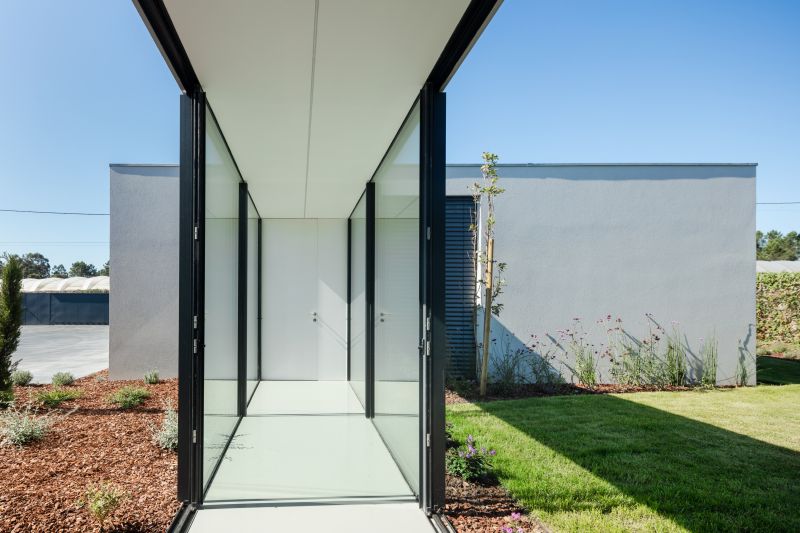 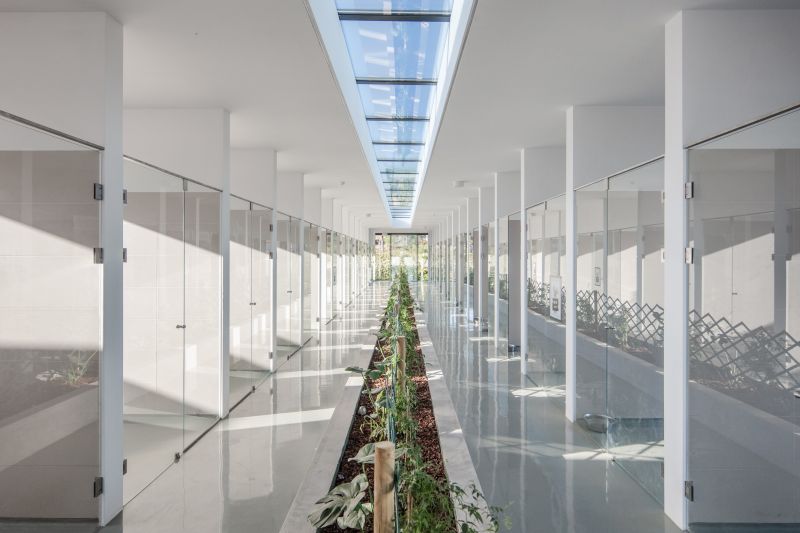 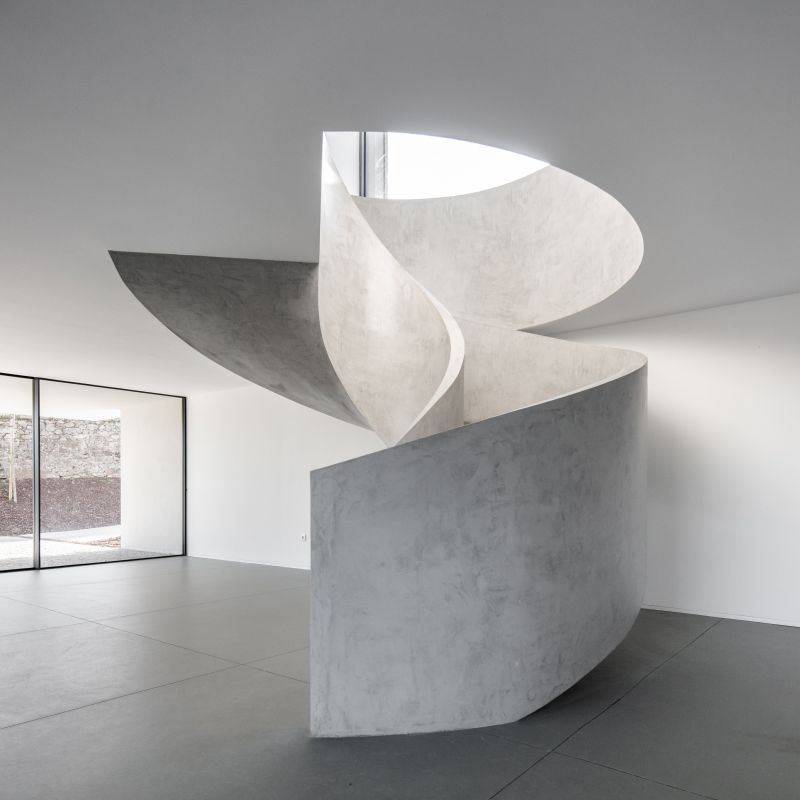 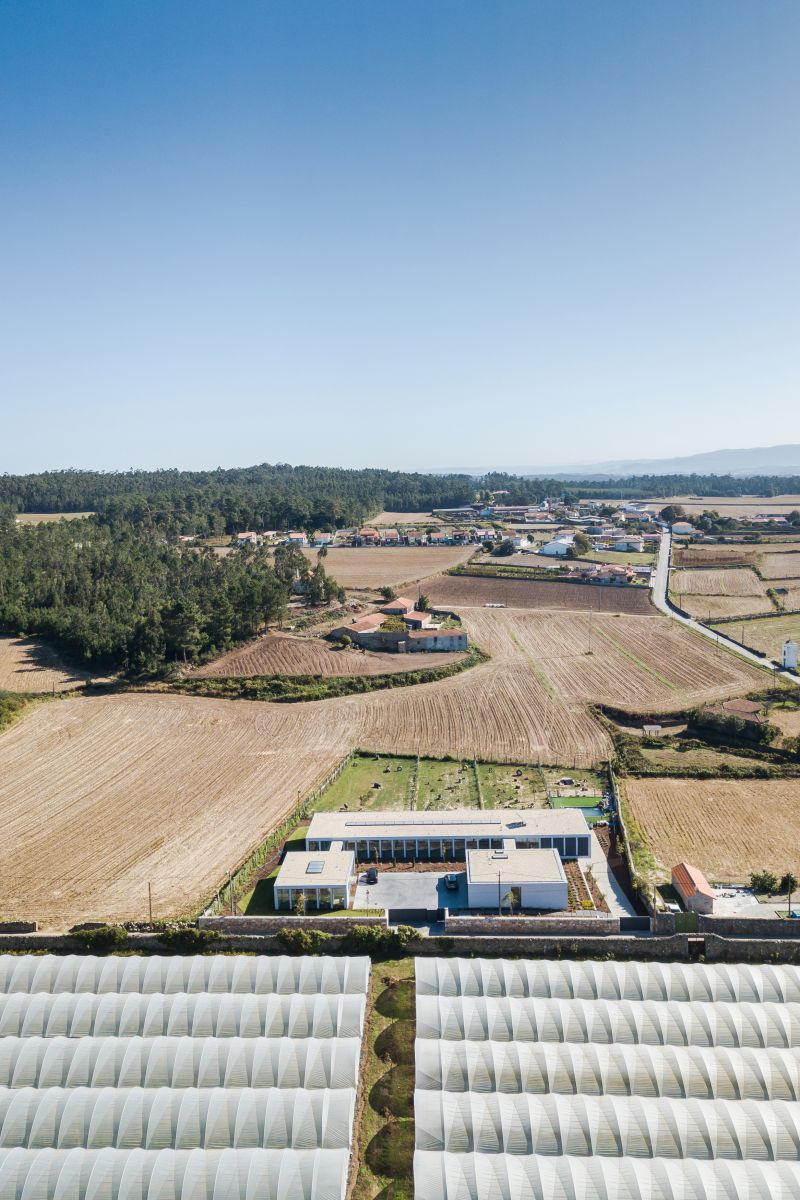 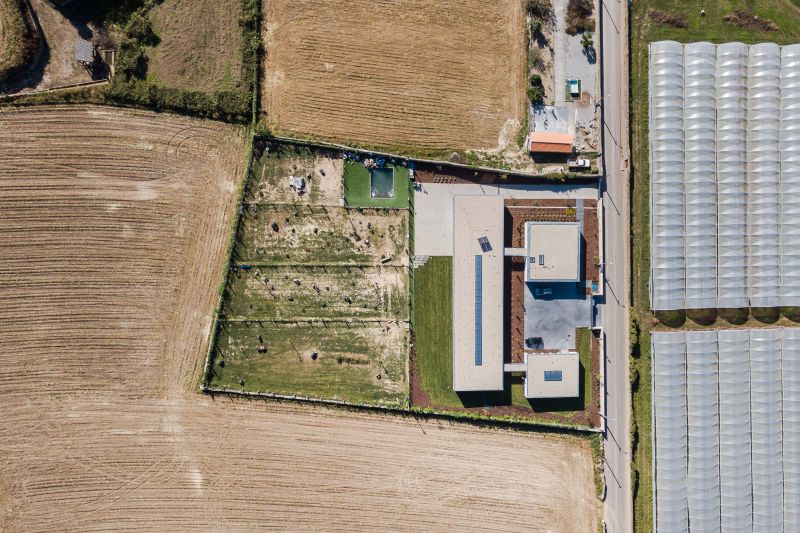 The Canine & Feline Hotel is located in Vila do Conde and consists of temporary dog and cat accommodation, distributed over three buildings.
The first volume corresponds to the reception and support area. The second volume works as a link between the highest part of the terrain and the lower part. Upstairs we have the dogs’ shelter, separated by the corridor with a small garden. In the lower floor we have a multipurpose space, a technical room, a laundry room and a locker room.
The third volume holds twelve cats’ shelter, with a central space around an interior garden, lit by a large skylight.

Raulino Silva was born in 1981, in the city of Vila do Conde (northern Portugal) and is an architect at the Escola Superior Artística do Porto.
Since 2011, he has his own office in Vila do Conde, where with his team of architects he has developed several housing projects and some equipment.
He has regularly participated in publications, exhibitions, workshops and conferences.

In 2019 he received the medal of merit for the city of Vila do Conde, delivered by the City Council and, in the same year, was considered as one of the best young European architects by winning the Europe 40 Under 40 Awards of The European Centre for Architecture Art Design and Urban Studies.