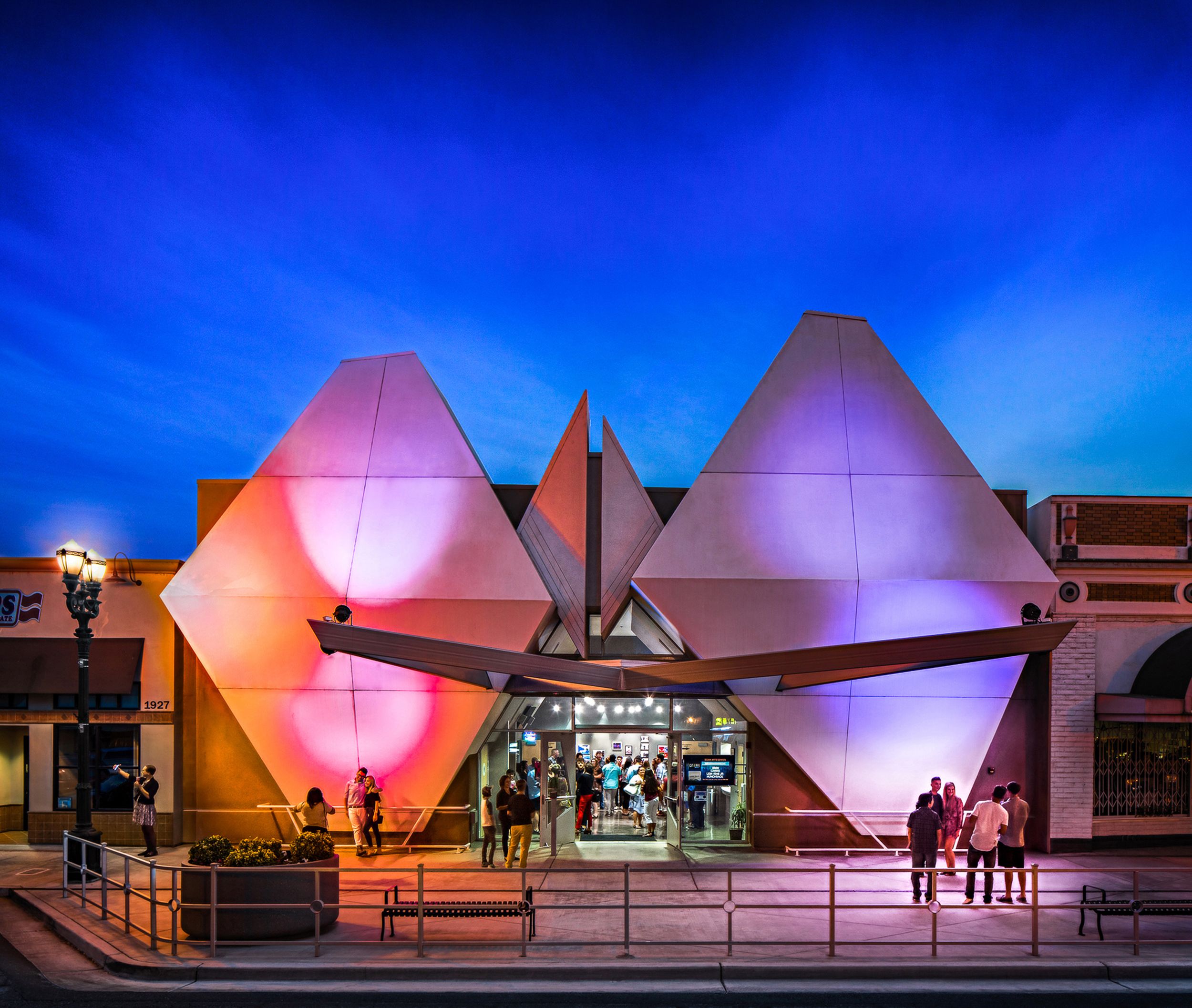 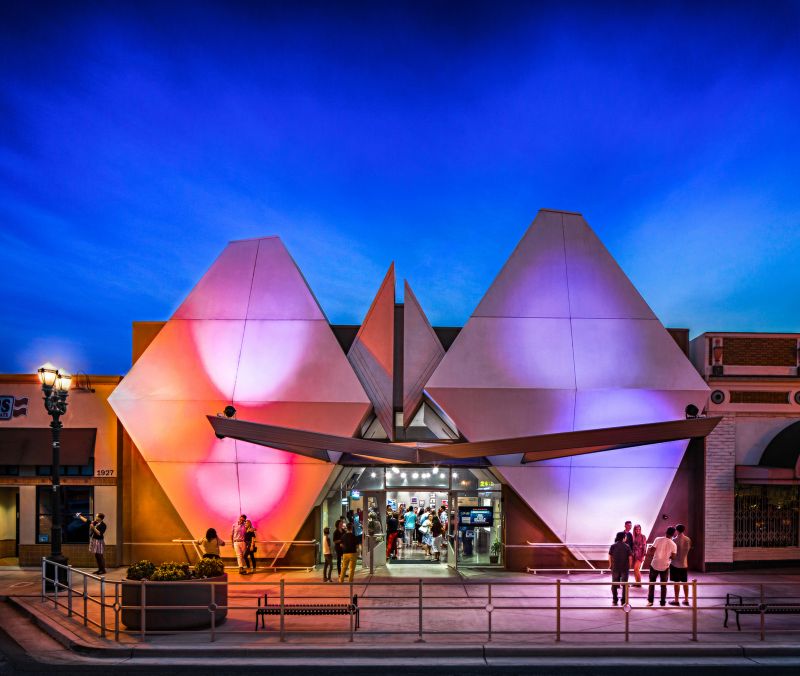 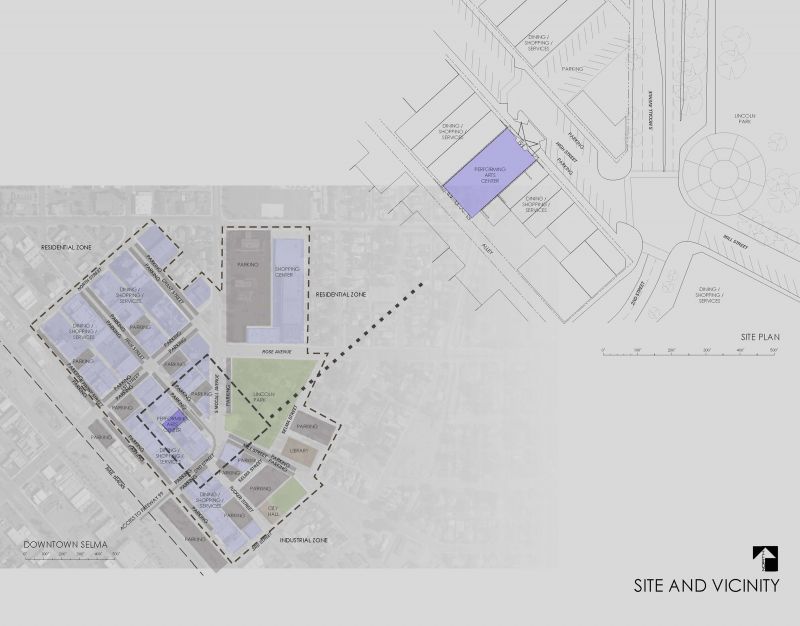 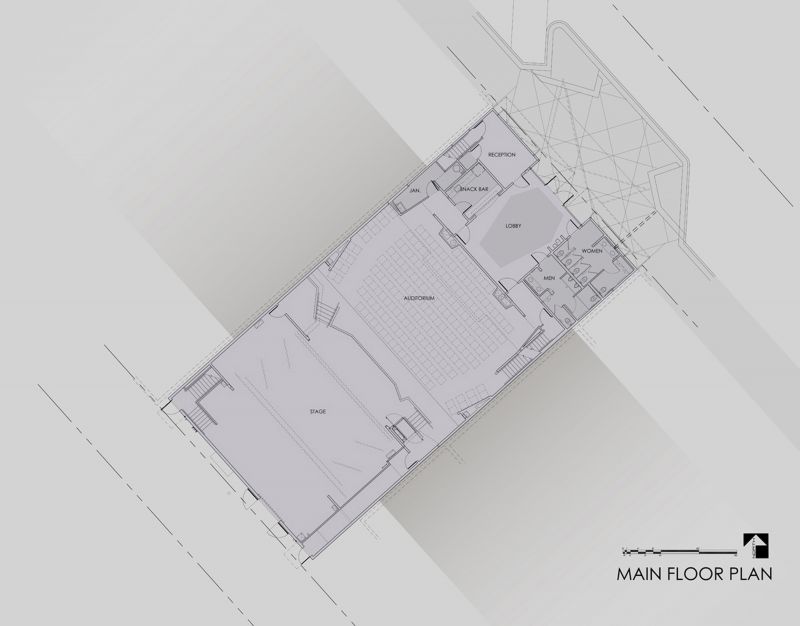 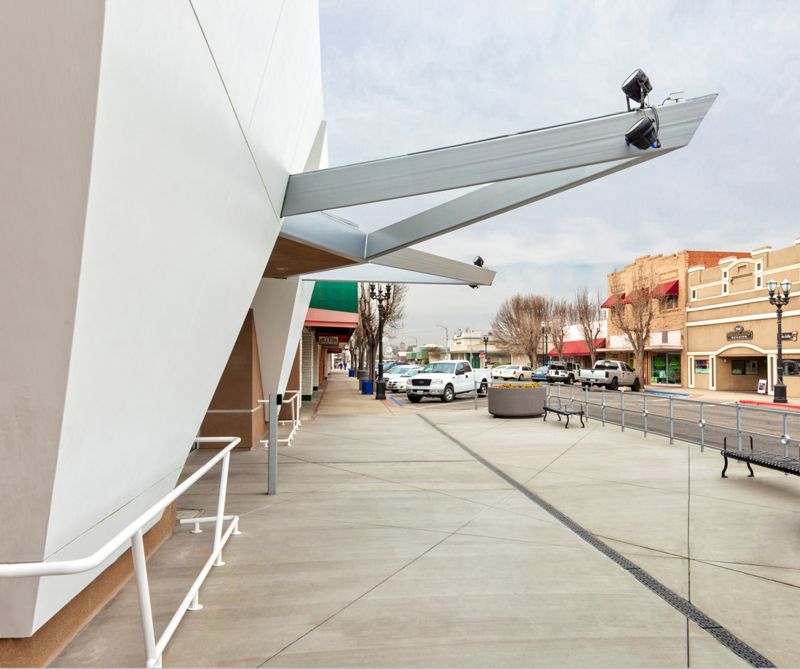 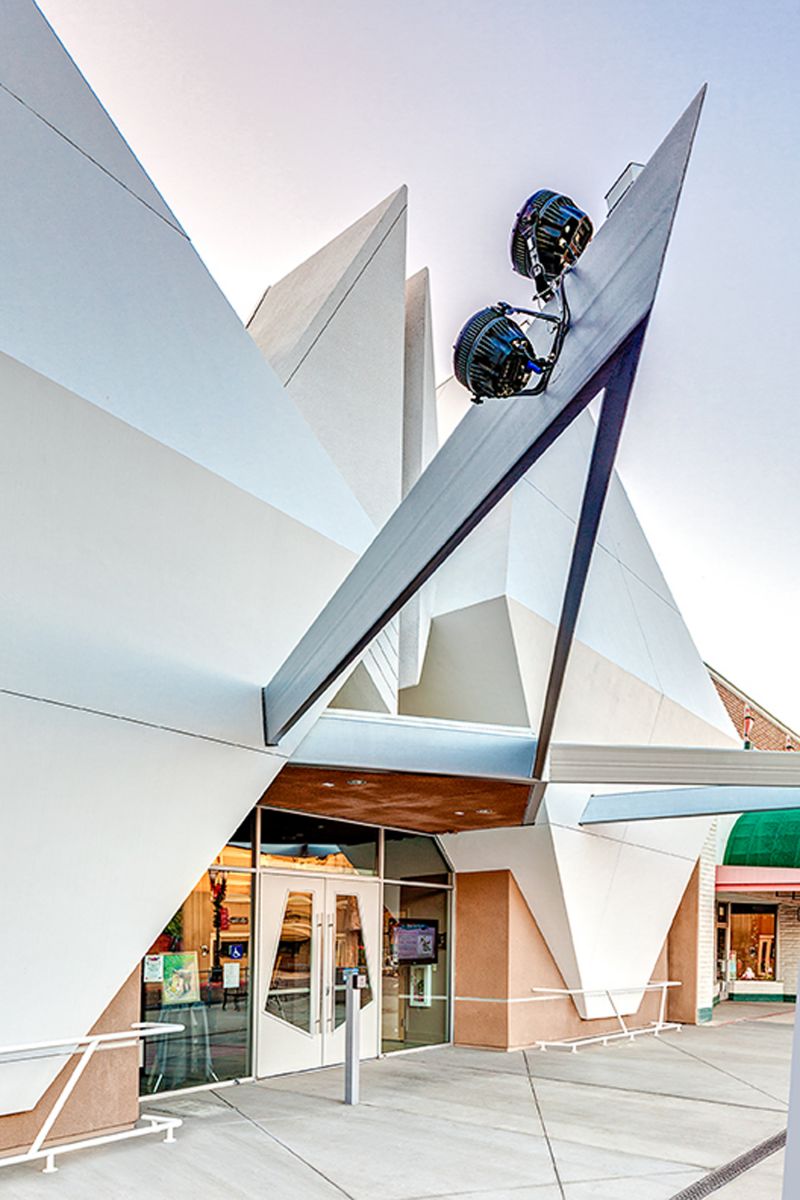 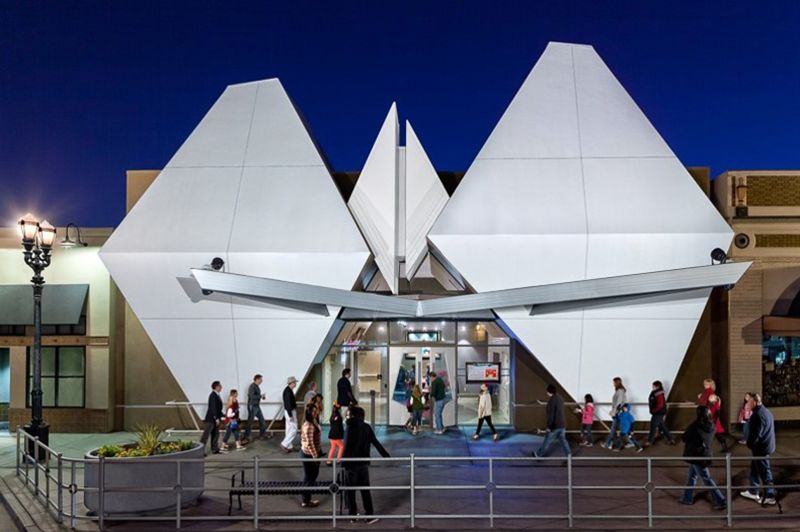 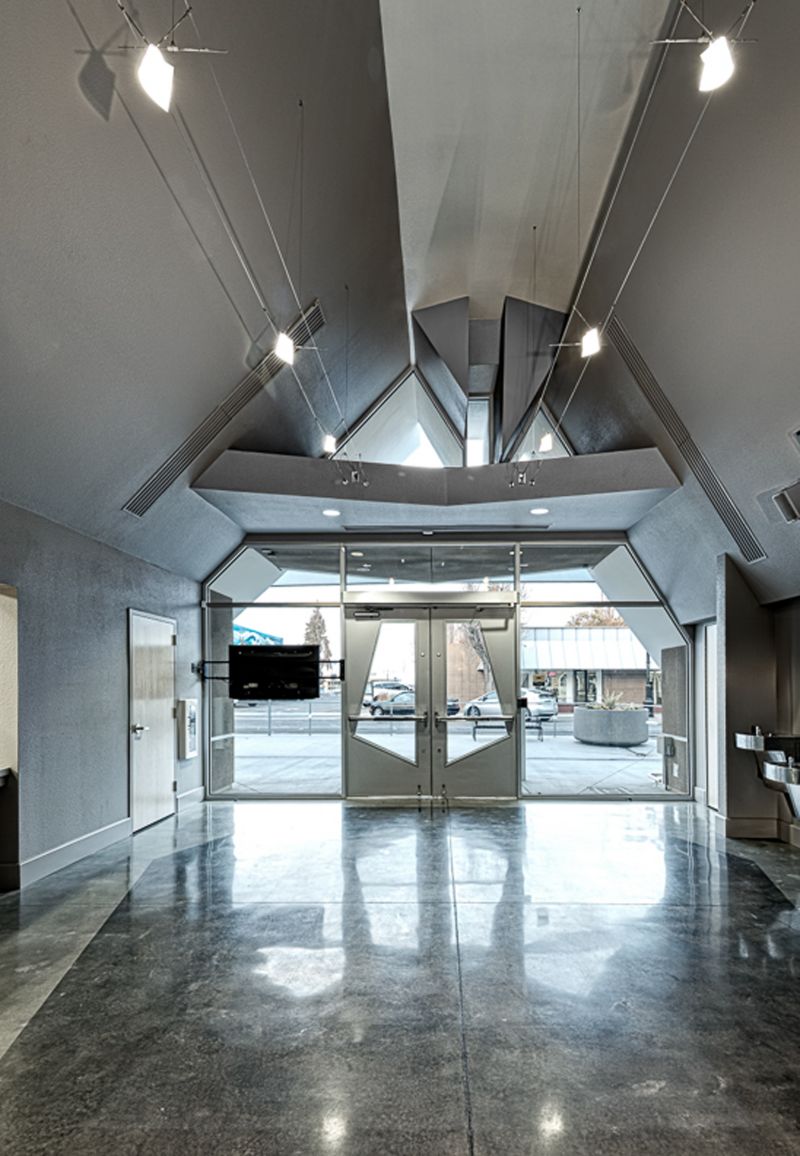 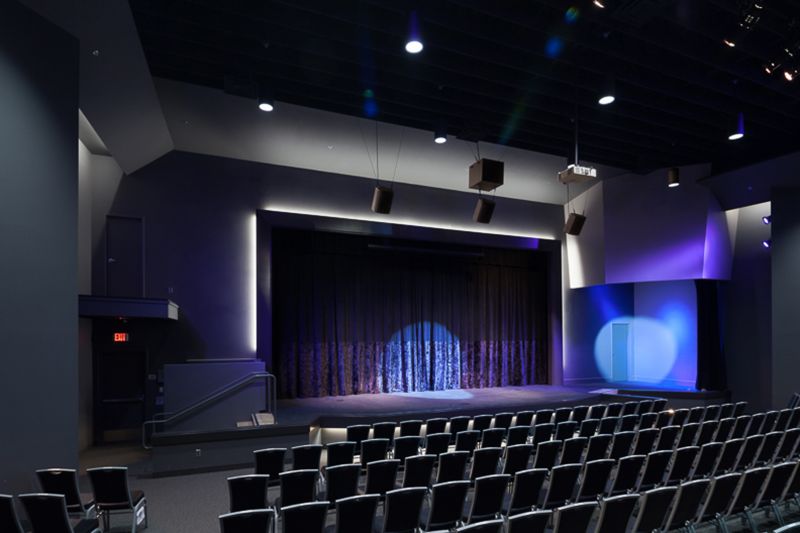 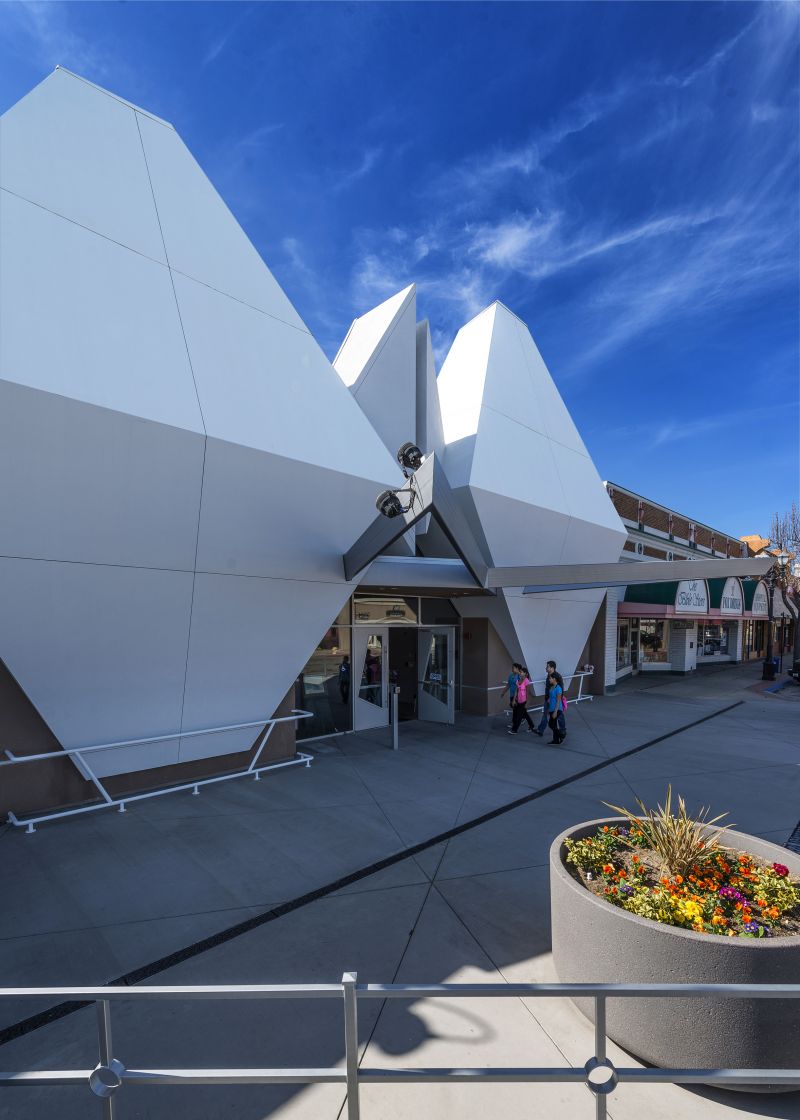 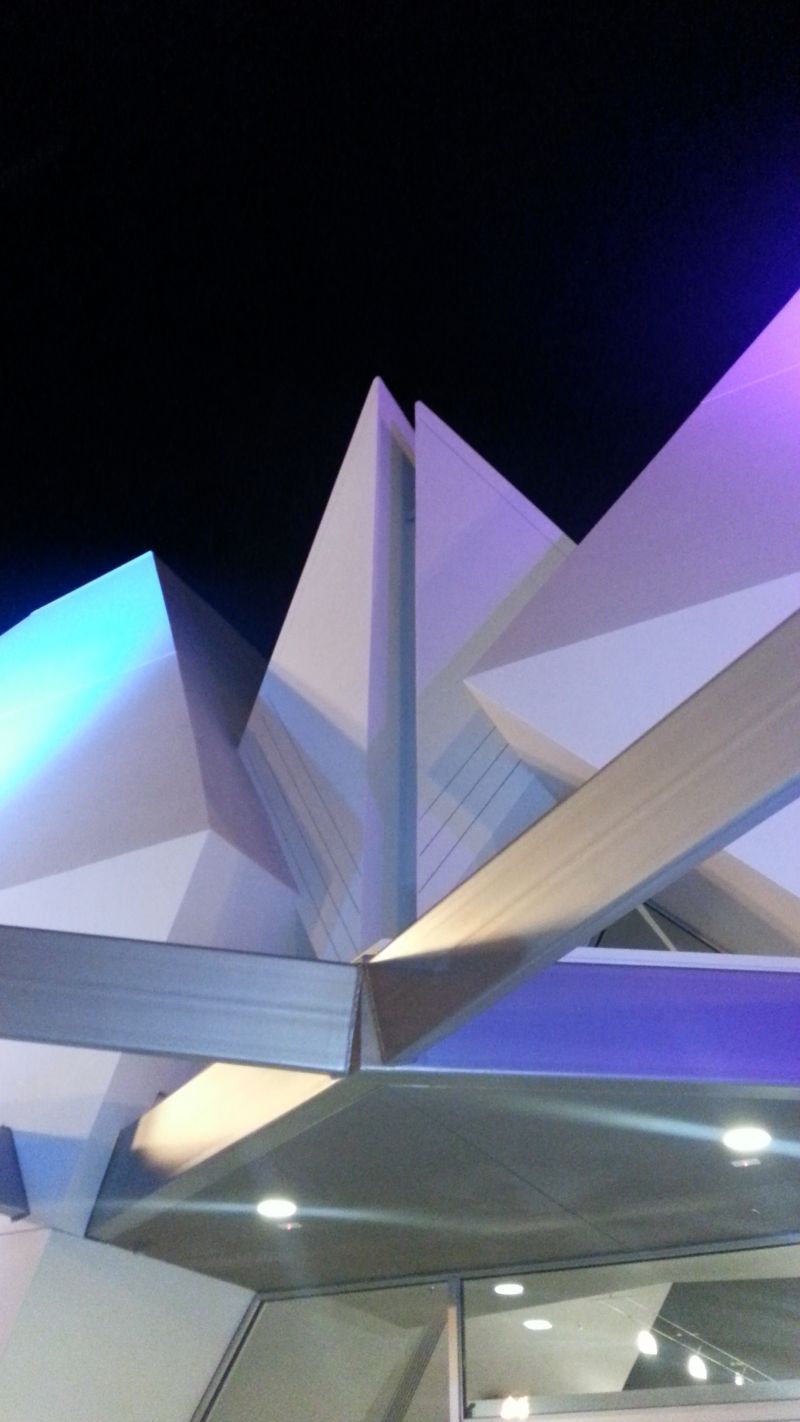 This downtown infill project provides a much needed art center bringing new life to this small community. The small site, between two buildings and an extremely restricted budget were major factors in the design approach. The client’s request for a distinctive appearance prompted a facade that is unadorned, economical, and in clear contrast to its neighbors. The street facade is two plastered geo-forms with a steel and glass entry canopy. The canopy has lights that project colors and textures on the facade to add interest and variety, constantly changing with the seasons.

Dyson studied Psychology at U of WI, Philosophy U of OK, Planning at CSUF and received a MArch at the SFIA. He served apprenticeships with Frank Lloyd Wright, Bruce Goff, and William Gray Purcell.

He was Dean of the Frank Lloyd Wright School of Architecture 1998 to 2002. He is past president of the Taliesin Fellows and President of AIA San Joaquin.

He has received of over 200 major Design awards and featured in 400 plus publications and in over two- dozen books, including The Architecture of Arthur Dyson by Mark Hammons and “Arthur Dyson: L’architettura meditative”, by Giuliano Chelazzi.

Dyson is the recipient of over 200 local, state, national, and international Design awards. In 1999 he won the FIRM OF THE MILLENNIUM AWARD from the AIA San Joaquin, and the HORIZON AWARD for his lifetime contribution to contemporary American architecture. On 1993 he was awarded the GOLD MEDAL from the Society of American Registered Architects (SARA). In 2003, he was honored by the International Academy of Architecture in Sophia, Bulgaria as an Honorary Professor of Architecture. In 2001 he received the MEDALLION OF HONOR for lifetime achievement from the New York Council SARA. In 1998 he was awarded the CALIFORNIA OUTSTANDING FIRM AWARD from the California Council SARA.

In 1997 Dyson was awarded the Bruce Goff Chair of Creative Architecture by the University of Oklahoma.

In October 2009 the Centro Interculturale in Volterra, in collaboration with UNESCO, the US Consulate General in Florence and the Italian Minister of Art and Culture, held a celebration of his work with a conference and month-long exhibition. He has been featured multiple times on HGTV’s Extreme homes.

In addition he has received commendations from the Province of Pisa, the US Senate and House of Representatives, California Governor Pete Wilson and President Bill Clinton.