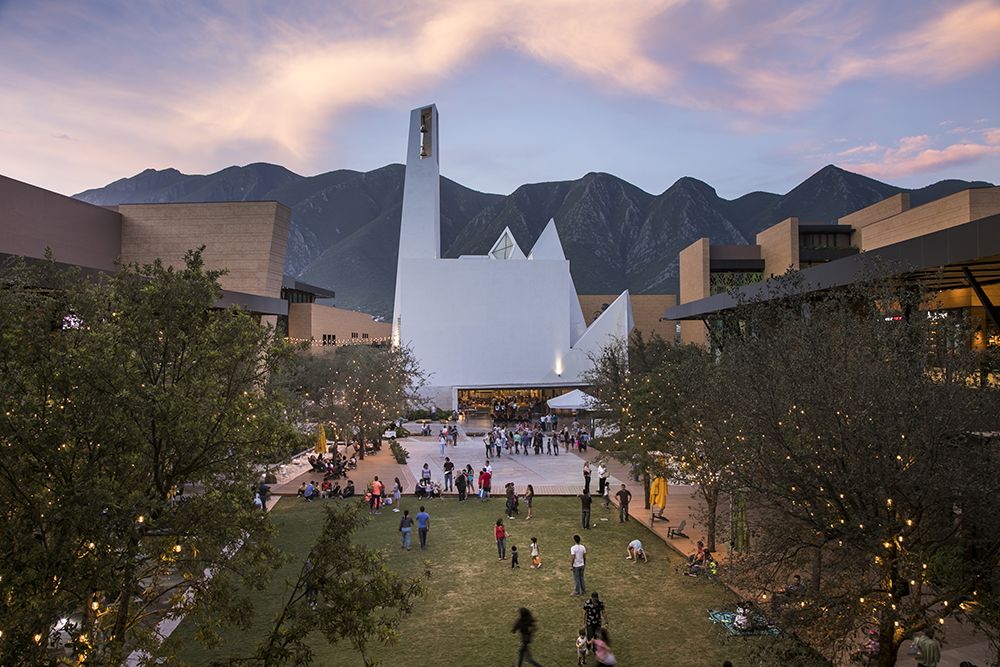 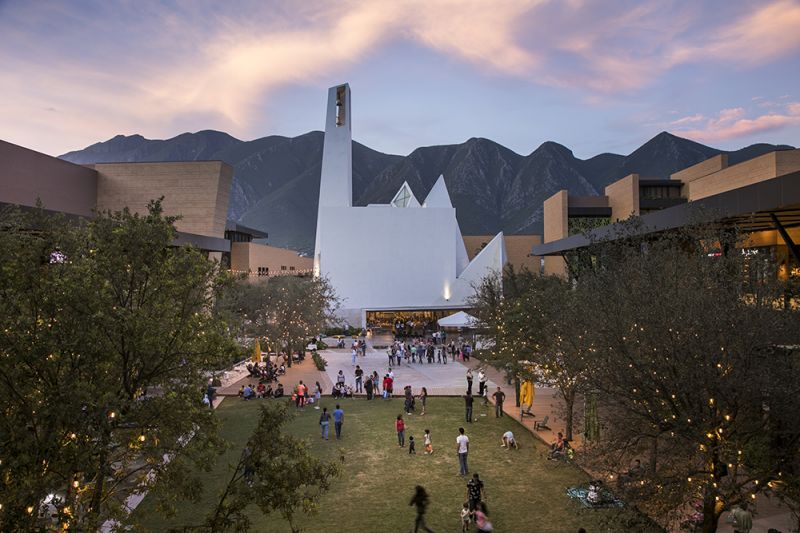 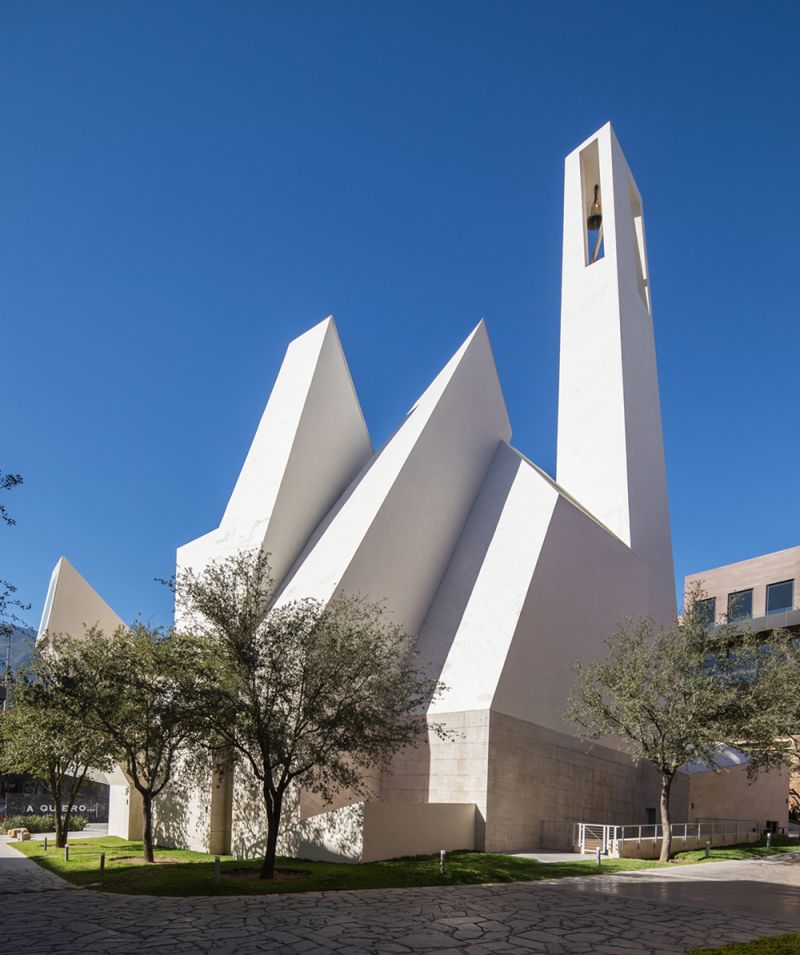 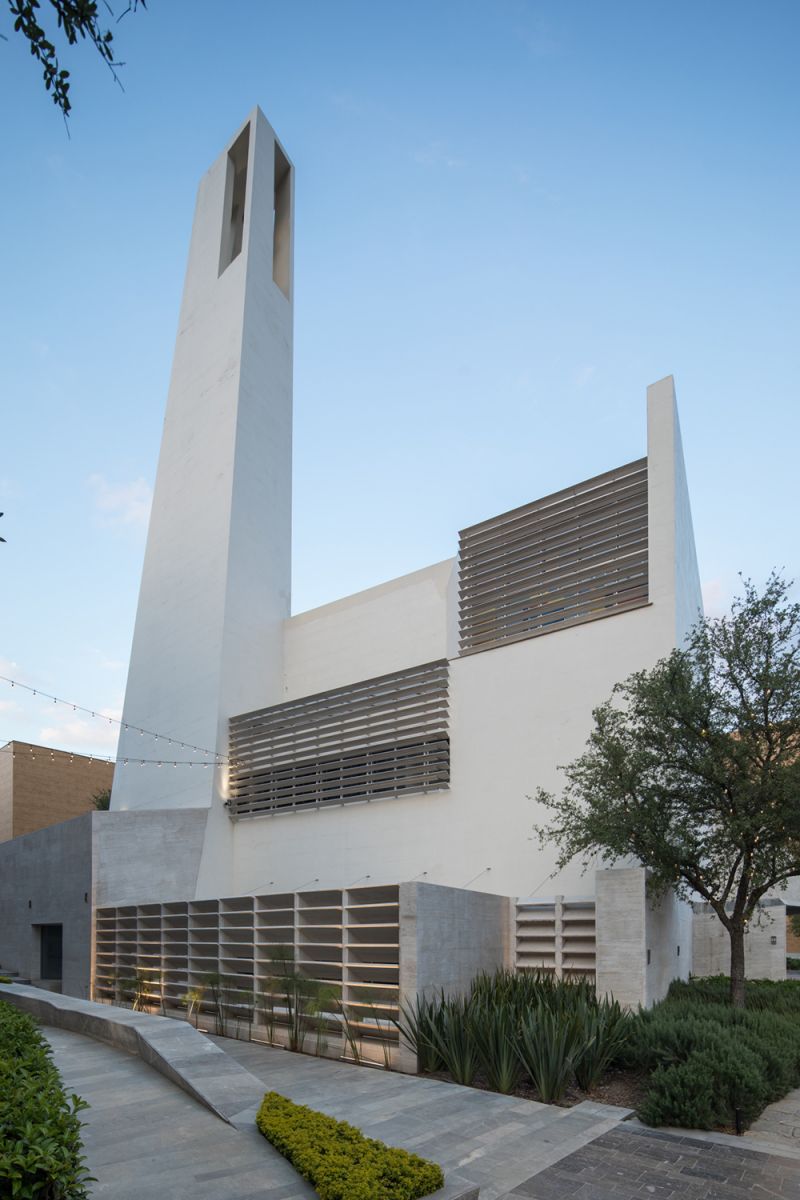 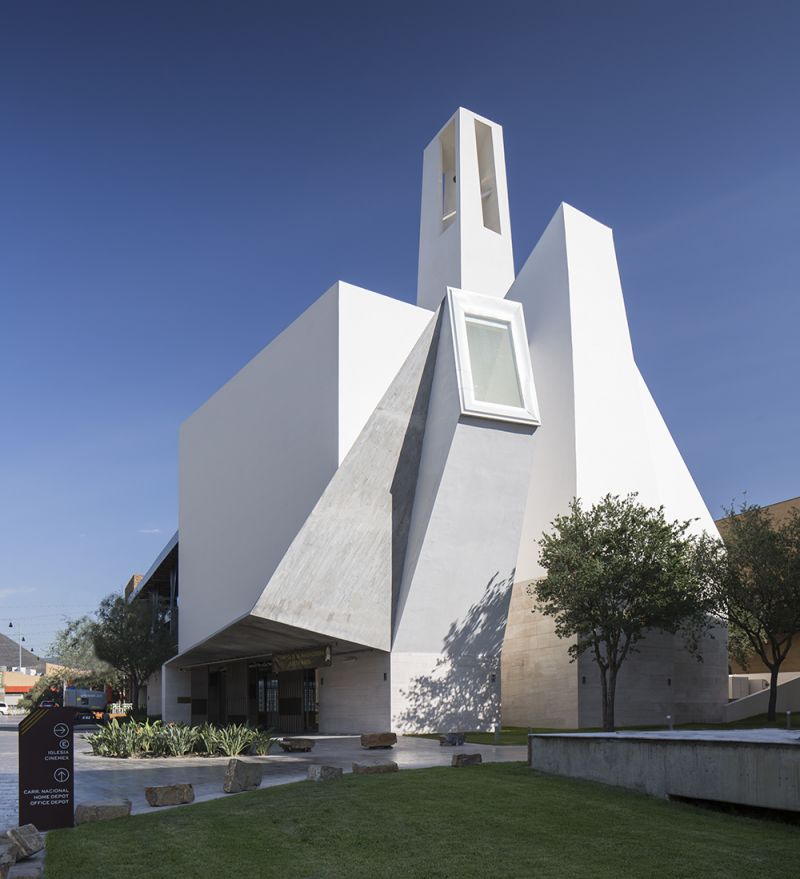 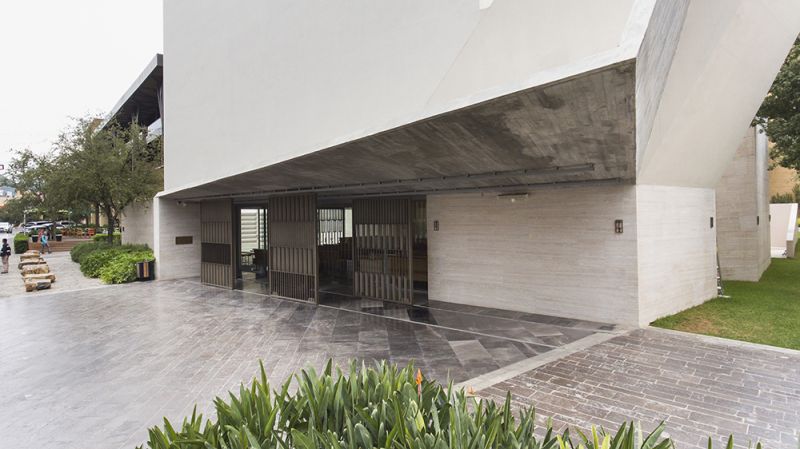 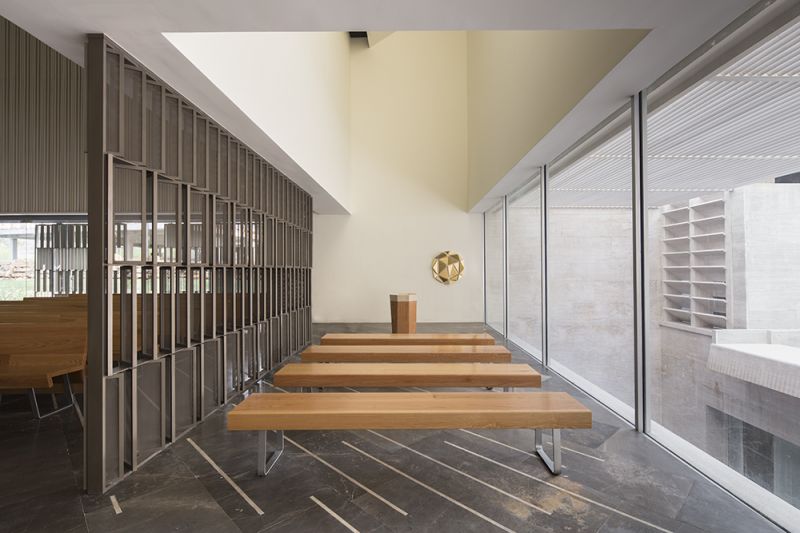 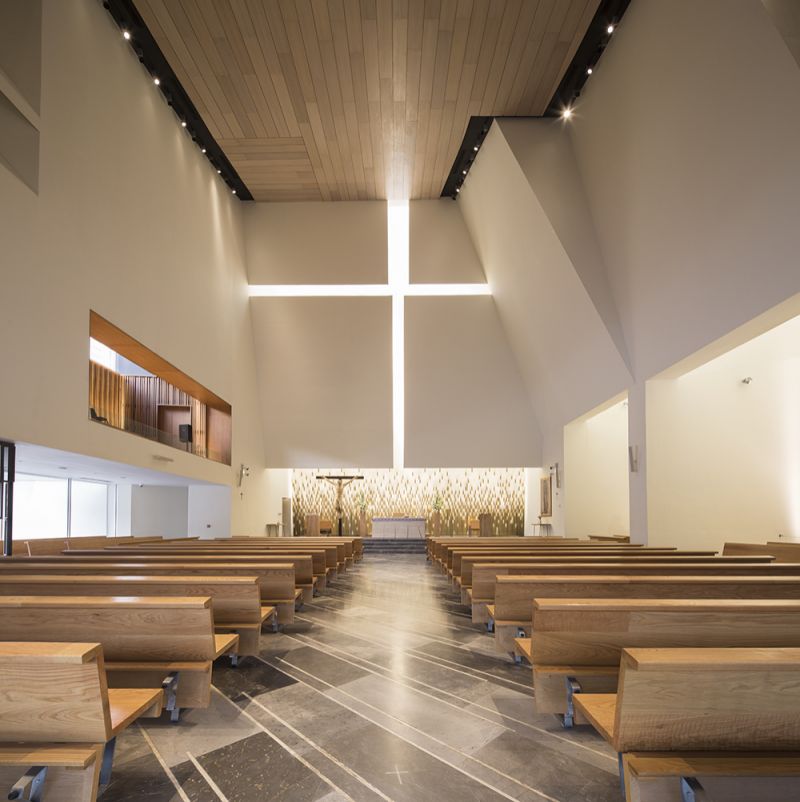 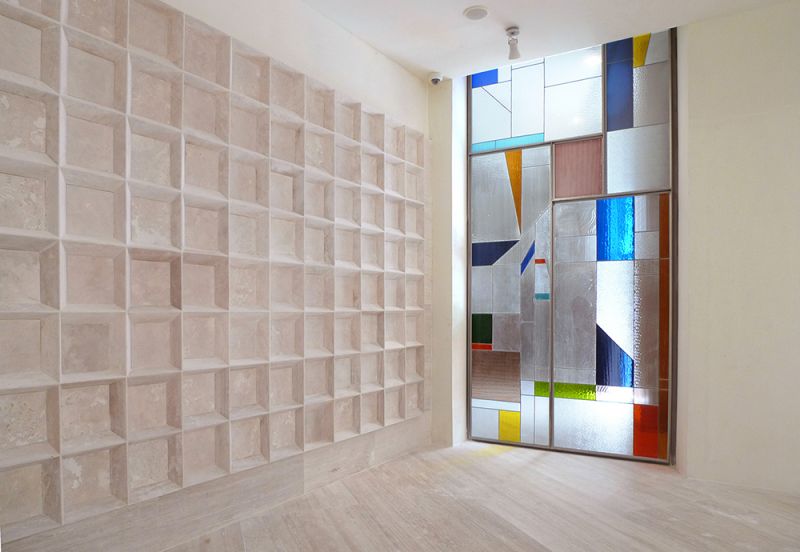 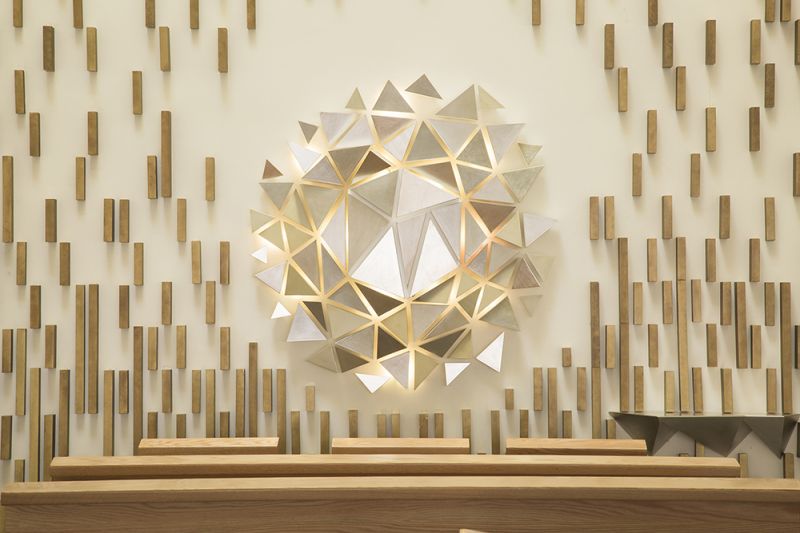 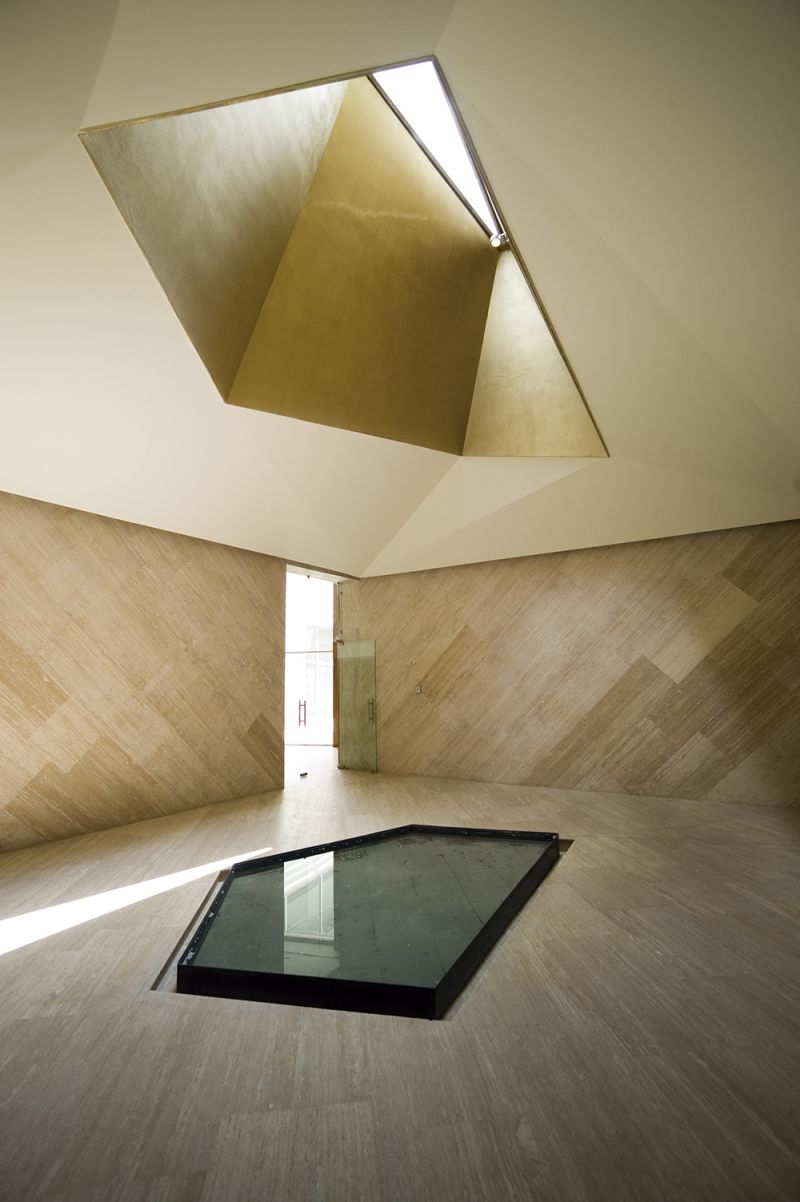 While wholly modern the design of the temple simultaneously represents the development of an architectural language with a long history, speaking of continuity but also renewal. The volumetric concept of the church derives from traditional church plans. The façade is a large flat wall, an emphatic and square plane, declarative of the otherness of the space within: the sacred space of the church interior. Above the altar is a high skylight whose light washes down behind an inclined panel cut into four sections to reveal a large Latin cross.

Moneo Brock is an international architectural, planning and design firm of versatile professionals committed to the identification and implementation of sustainable solutions, with great faith in the promise of good design.

We have completed projects of varying scales, both public and private, and our work has been widely published in international media.

We view each job as an opportunity to create a unique structure that can transform a part of the world, no matter the scale.