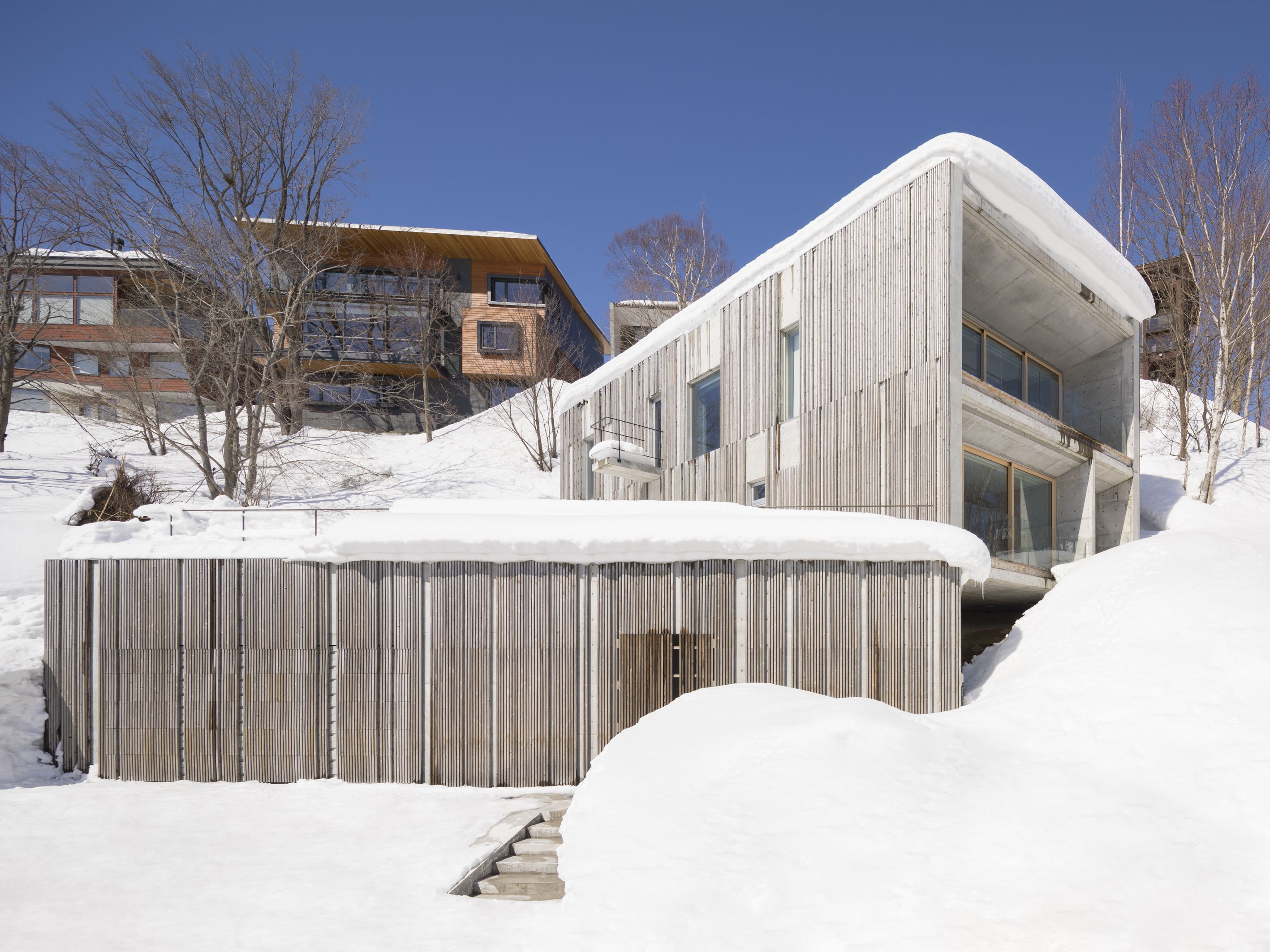 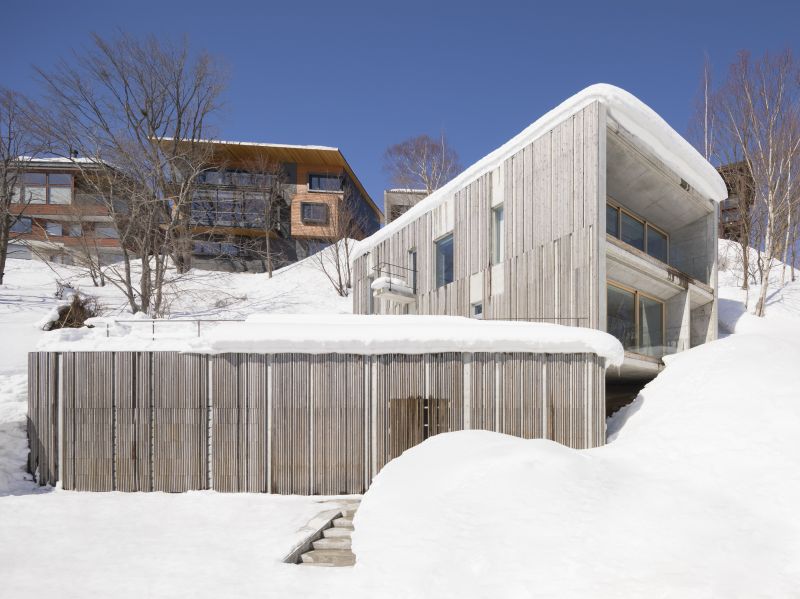 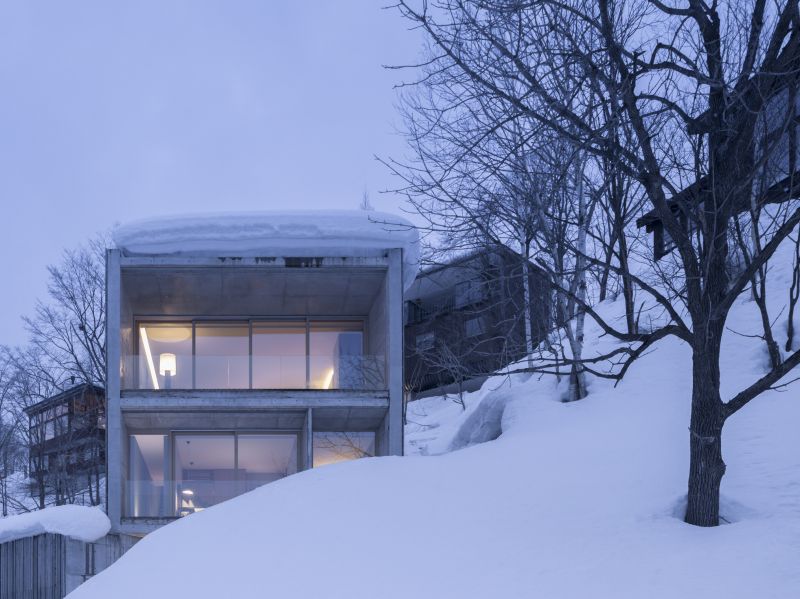 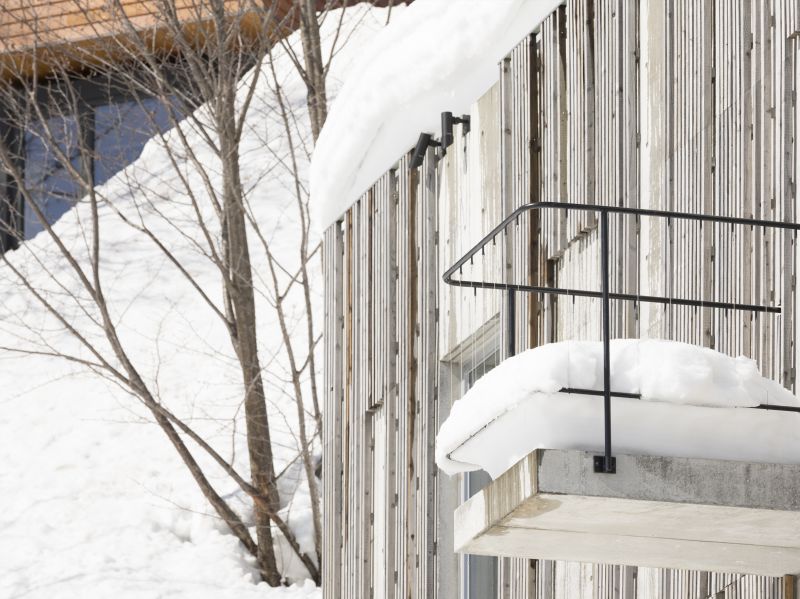 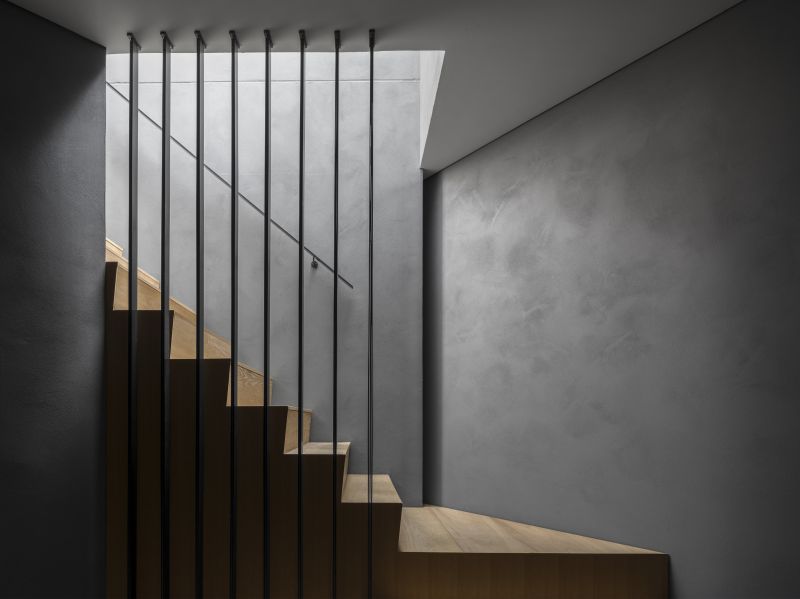 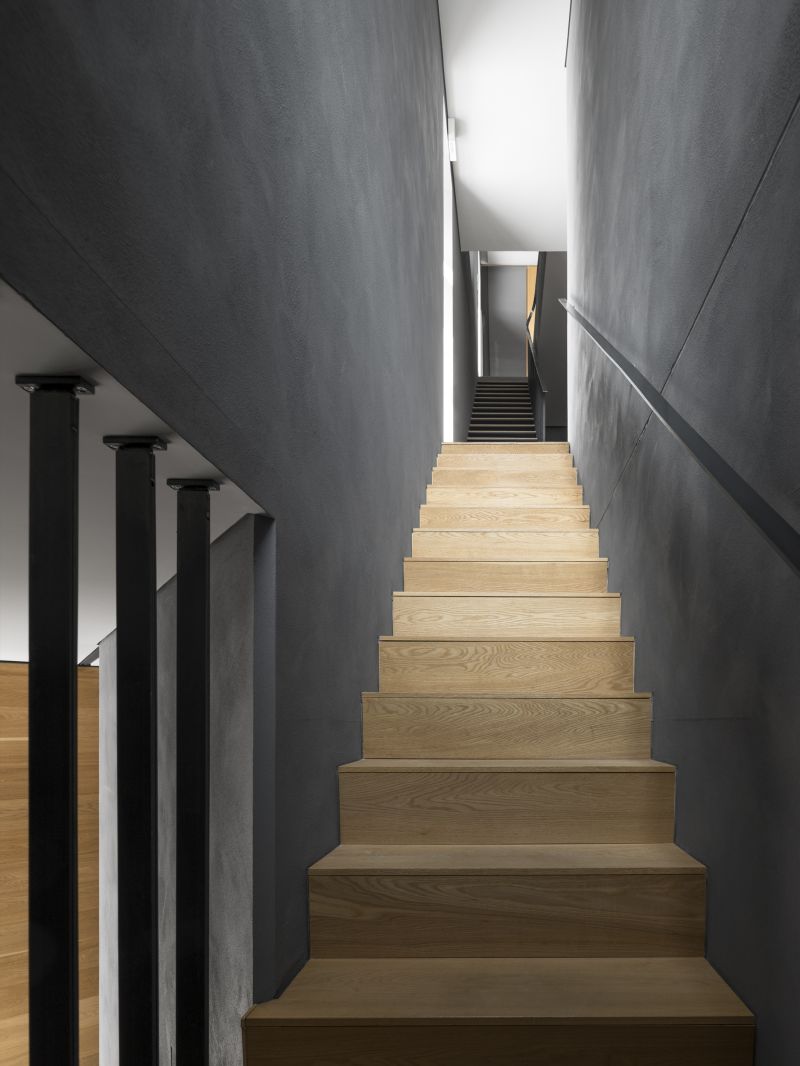 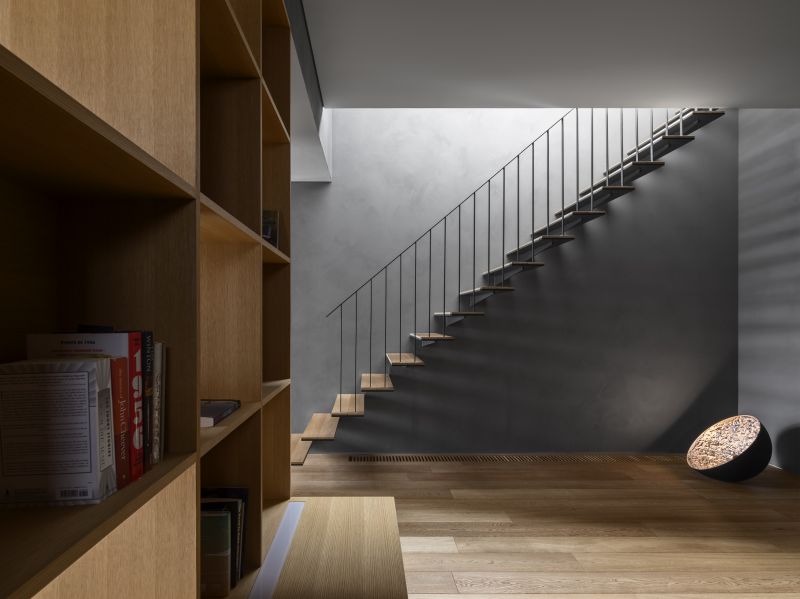 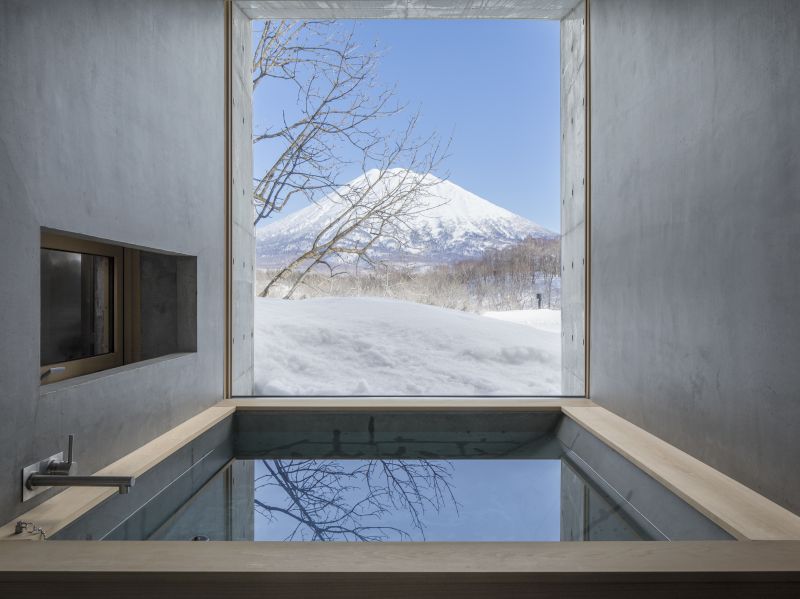 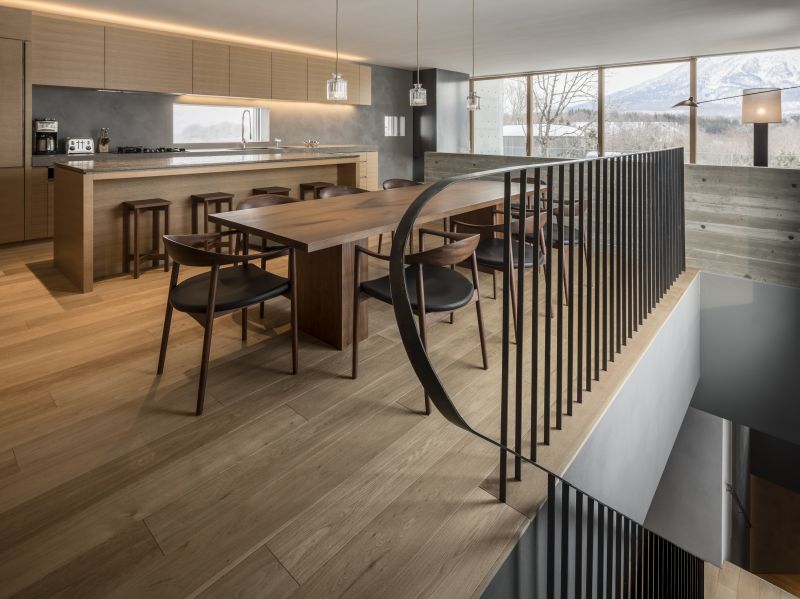 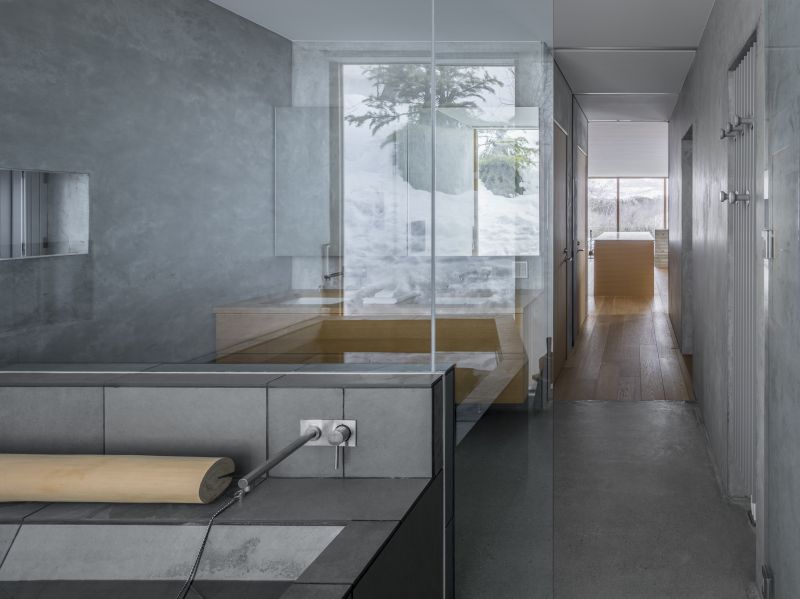 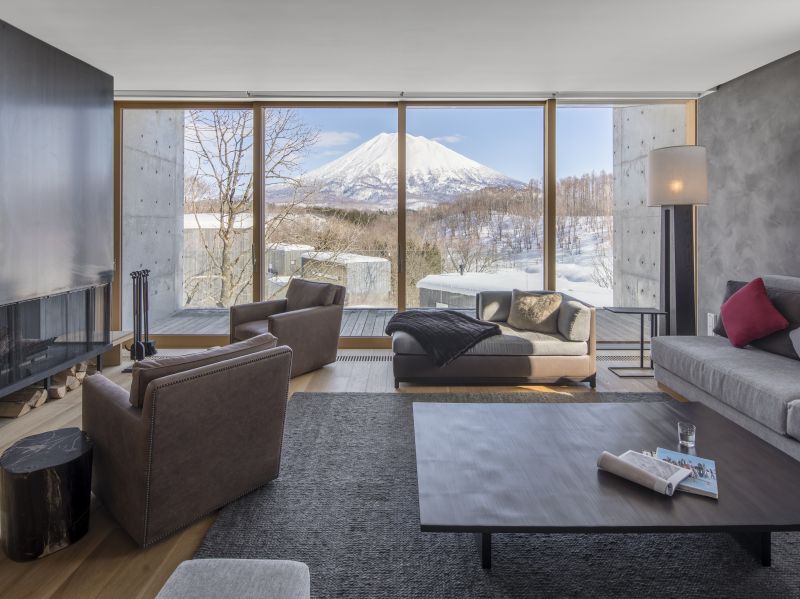 Kitadori is a three-storey house that forms part of the prestigious Escarpment housing estate. Kita means ‘north’ and dori means ‘bird’ in Japanese. The house was christened as such by the owner to personify a bird adapting seamlessly into the natural landscape in this northern region of Japan. Kitadori’s parti reads as two longitudinal volumes stacked nonchalantly like Lego blocks on the stepped earth. The two-storey top block is angled almost perpendicularly to the base, resulting in a generous outdoor balcony on the latter’s roof.