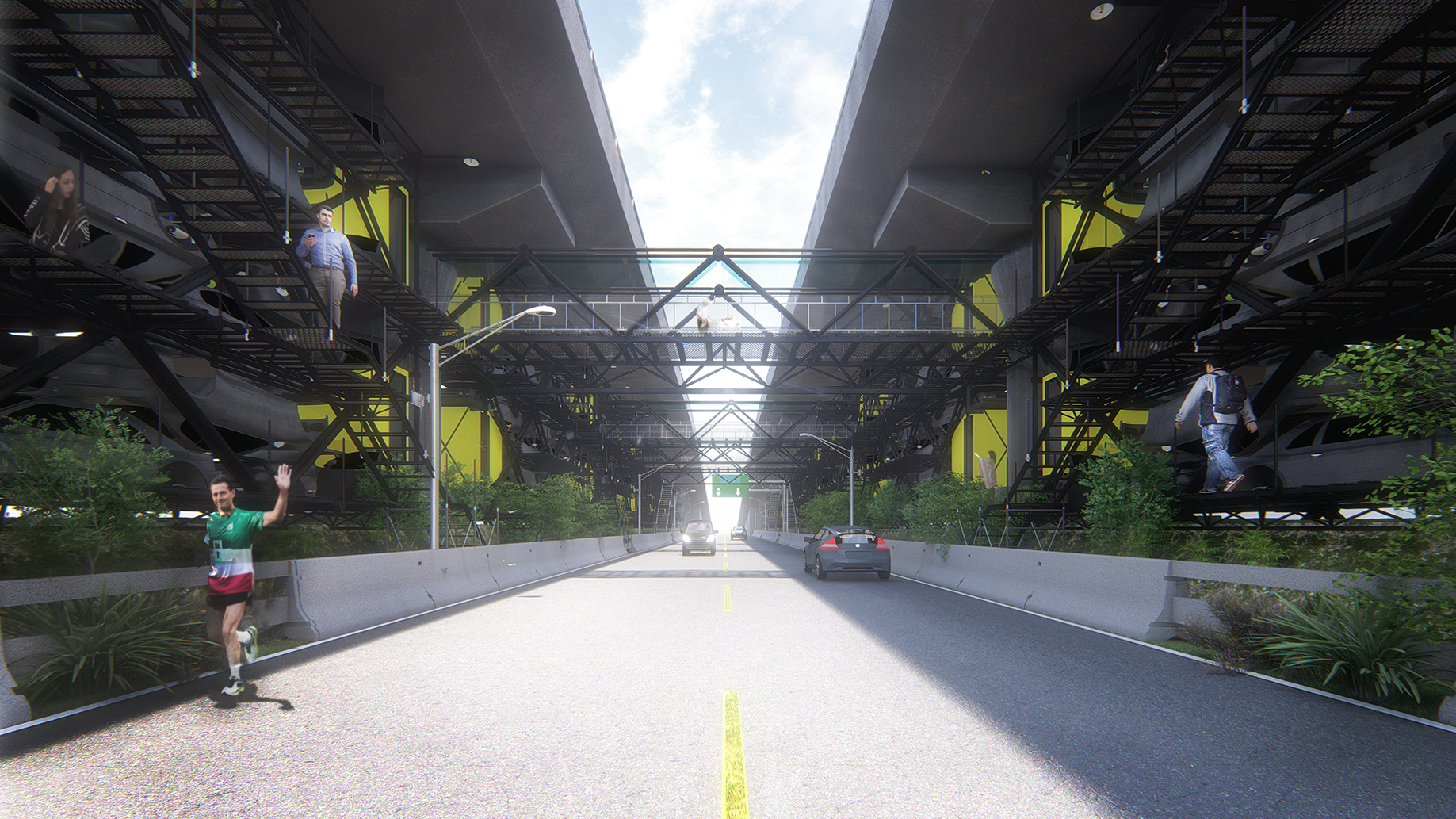 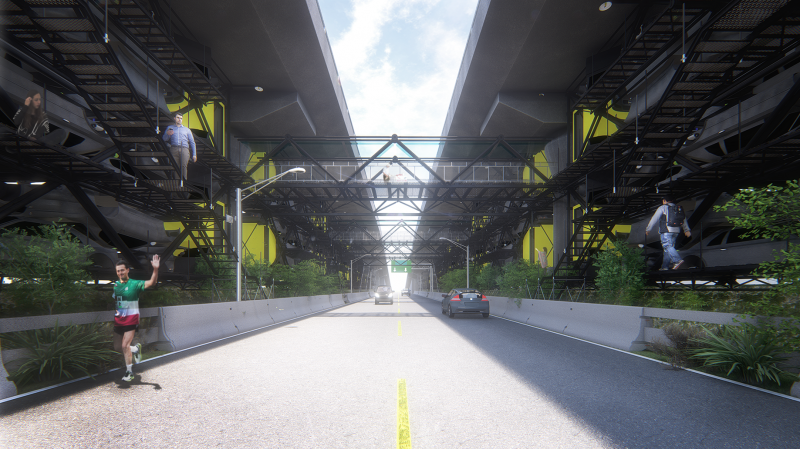 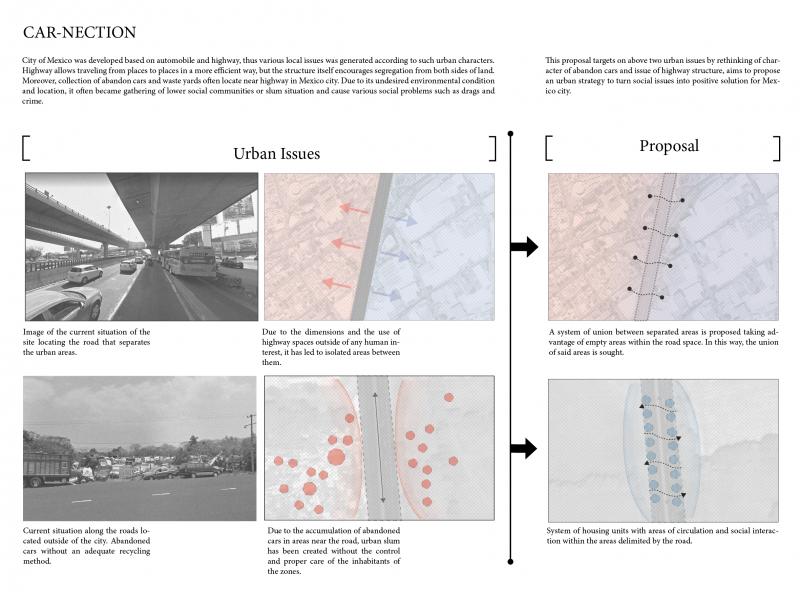 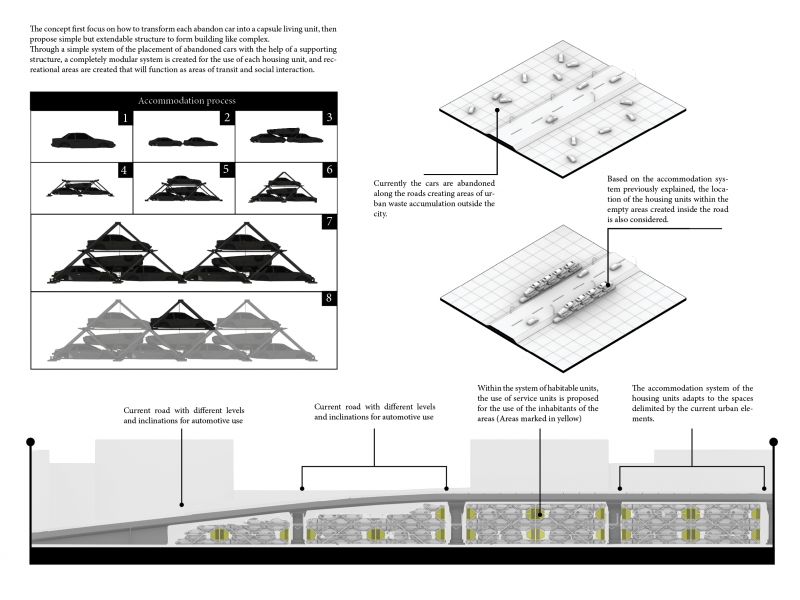 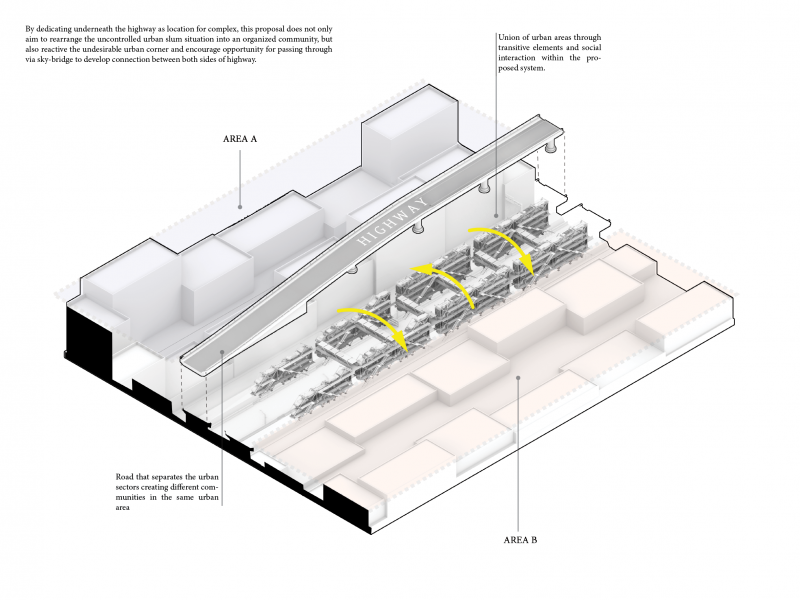 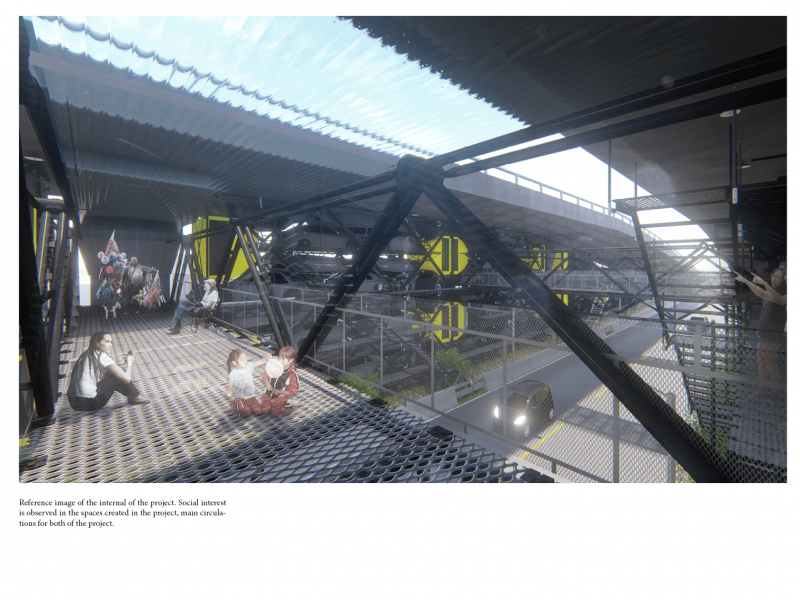 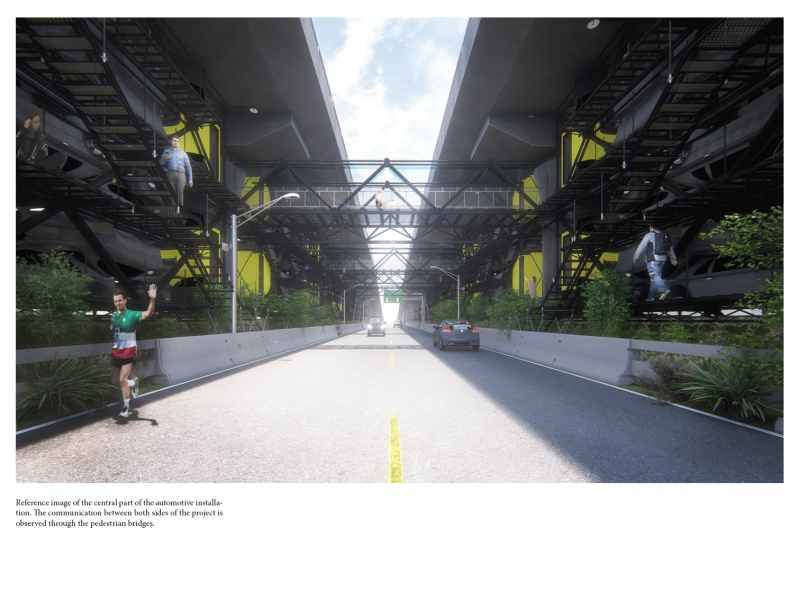 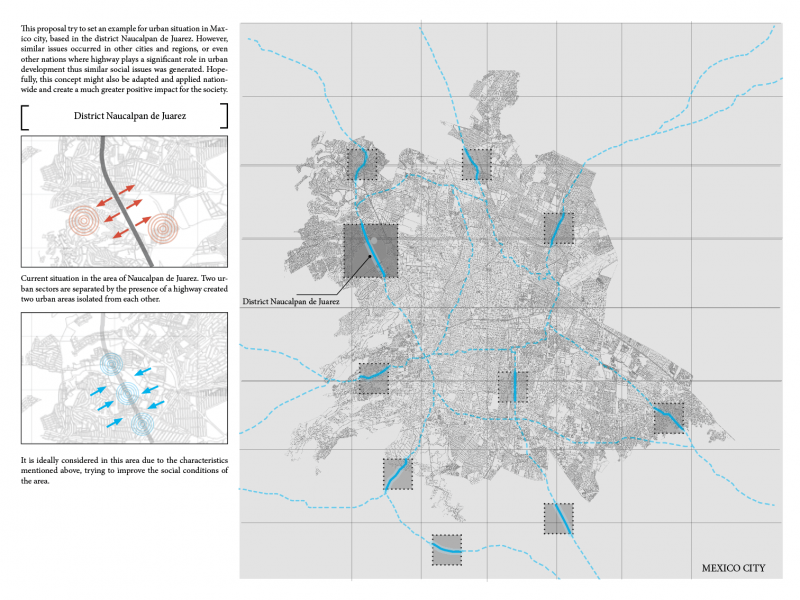 City of Mexico was developed based on automobile and highway, thus various local issues was generated according to such urban characters. Highway allows traveling from places to places in a more efficient way, but the structure itself encourages segregation from both sides of land. Moreover, collection of abandon cars and waste yards often locate near highway in Mexico city. Due to its undesired environmental condition and location, it often became gathering of lower social communities or slum situation and cause various social problems such as drags and crime.

This proposal targets on a