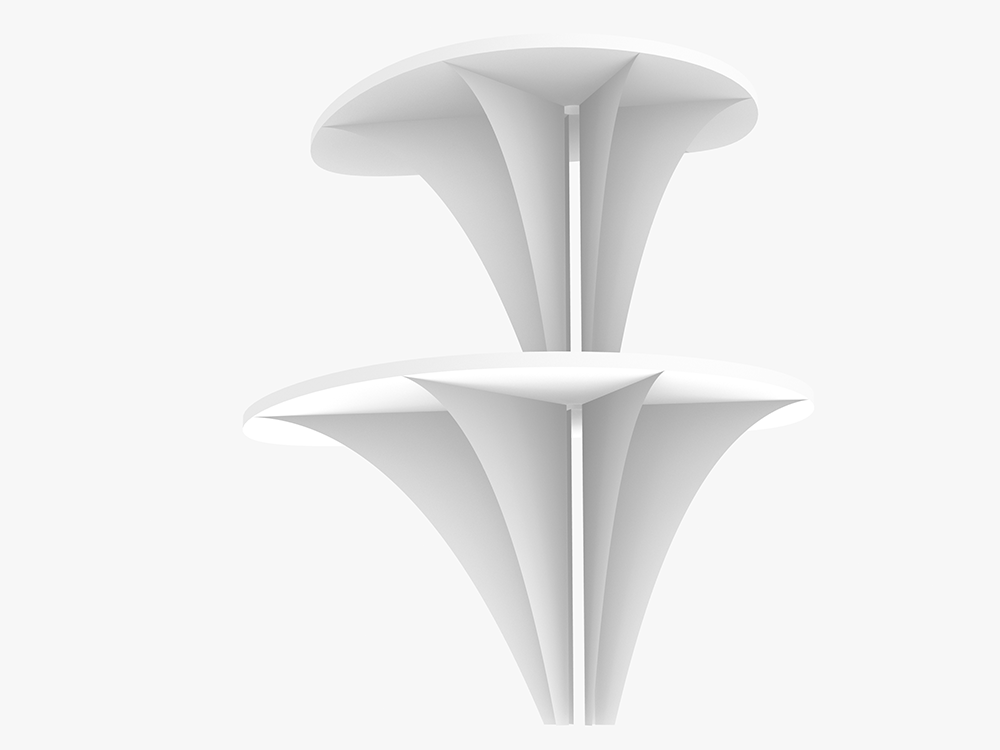 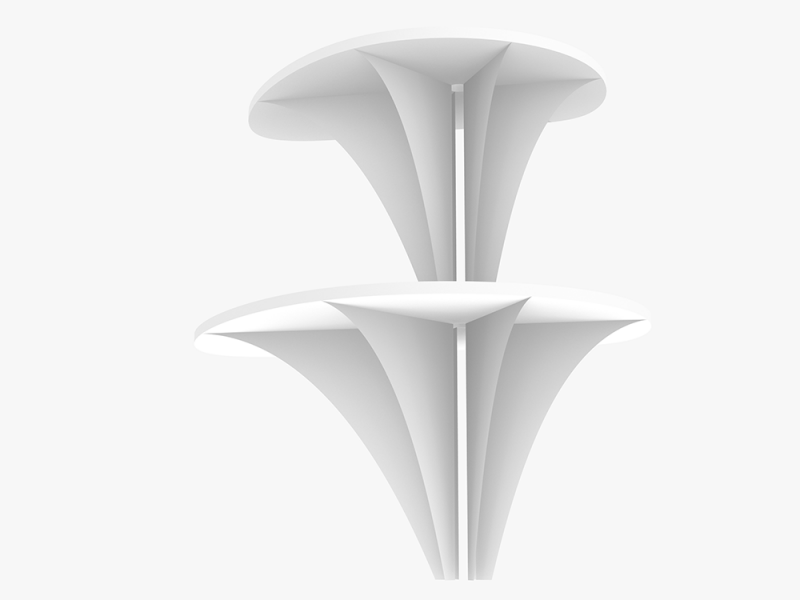 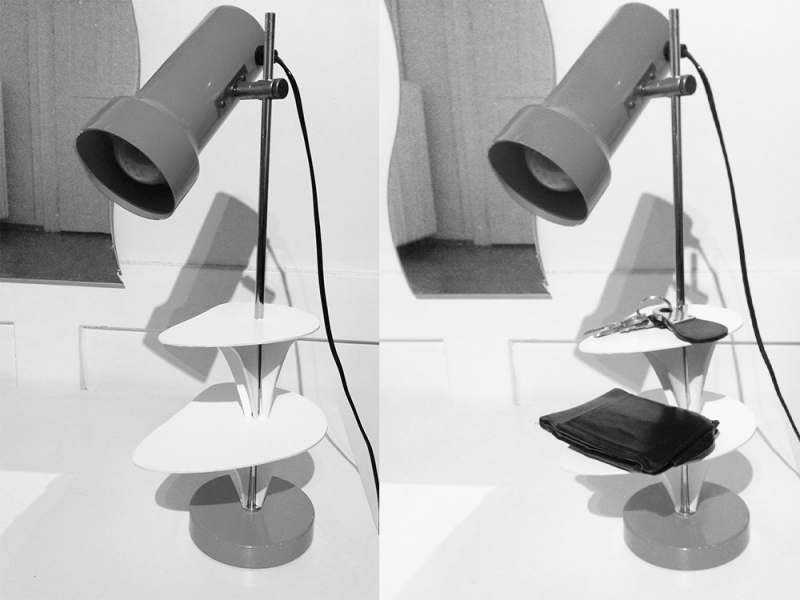 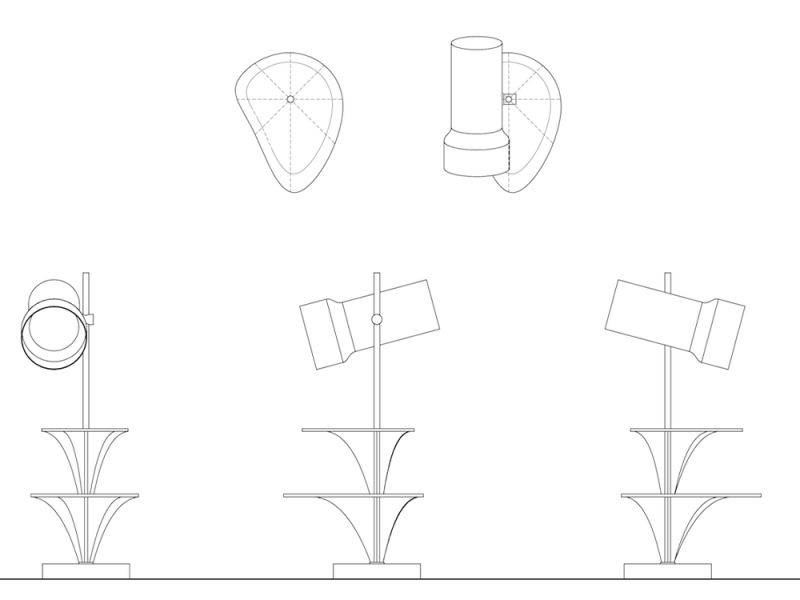 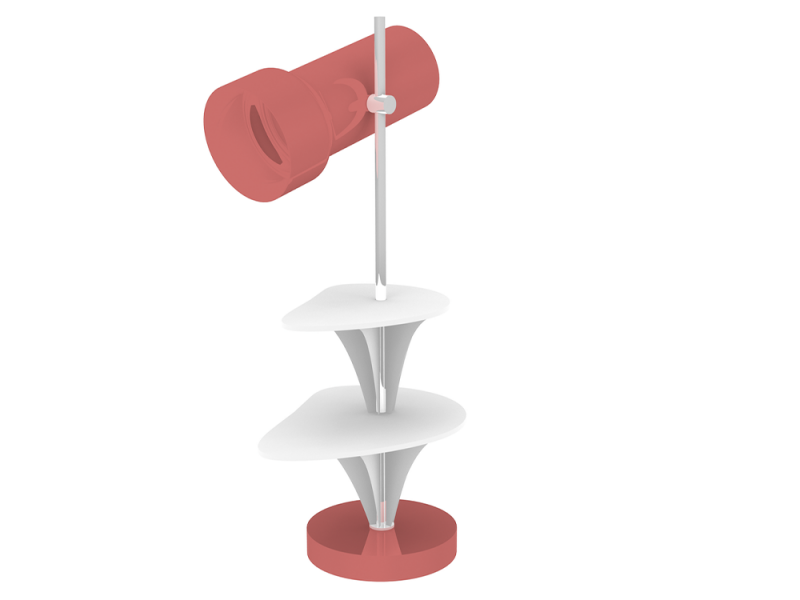 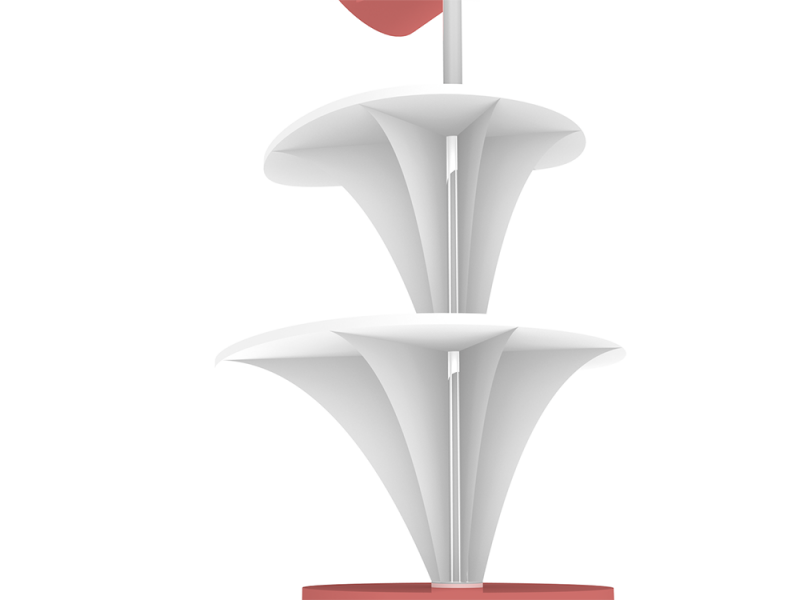 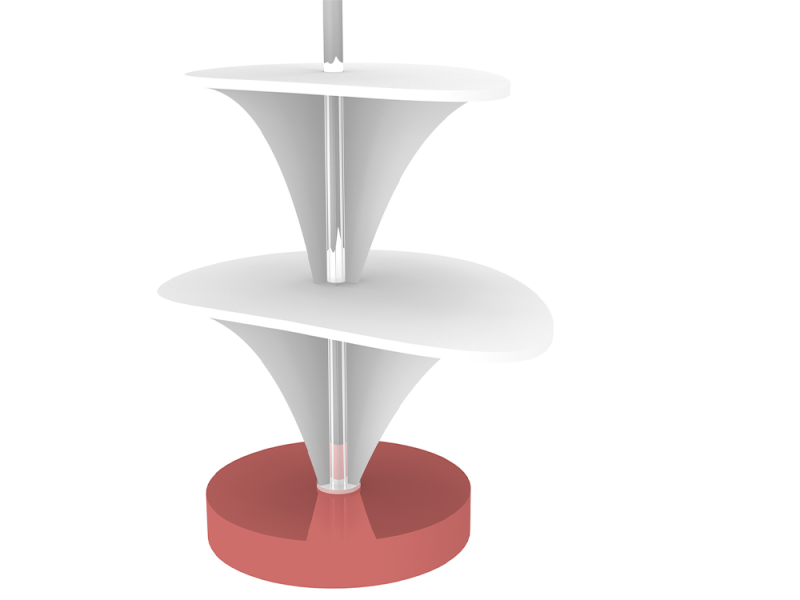 A lamp is to be extended with additional storage space for keys and wallet. The lamp impresses with its vertical metal bar. The lamp socket can be disconnected from the pole. This principle made it possible to accommodate the rod as a supporting element and at the same time as a stiffening element. As references, fungal structures were analyzed to generate the shape of the supporting ribs. Thanks to a statically optimized catenary, all ribs have an individual geometry and carry the loads to the existing bar. The different plates were made by means of a CNC cutter and could be hand assembled.

Luca Bacilieri was born in 1988 in Wettingen, Switzerland. After school, he completed an apprenticeship as a draftsman in Wettingen, which he successfully completed in 2009. In 2012 he went to a language study trip to Vancouver, Canada. After he studied civil engineering for one year and then began studying architecture. In addition to his studies,he works as an assistant in the research project Dencity of the Bern University of Applied Sciences. While still a student, he completed an internship at Burkhalter Architekten. He finished his bachelor studies in architecture in the summer of 2017.