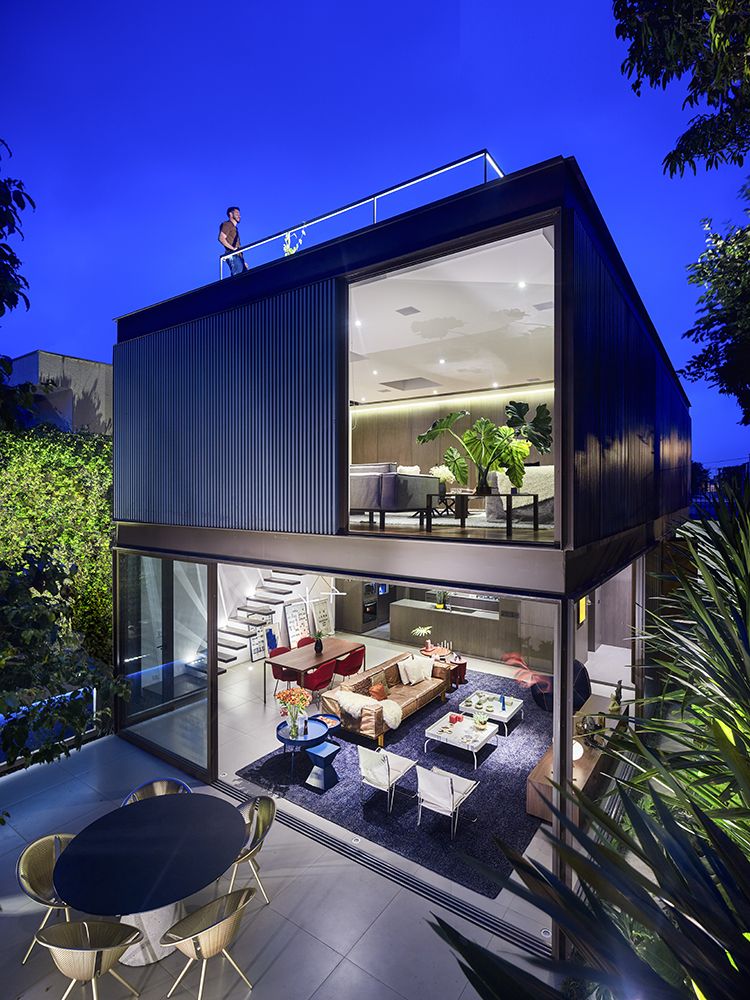 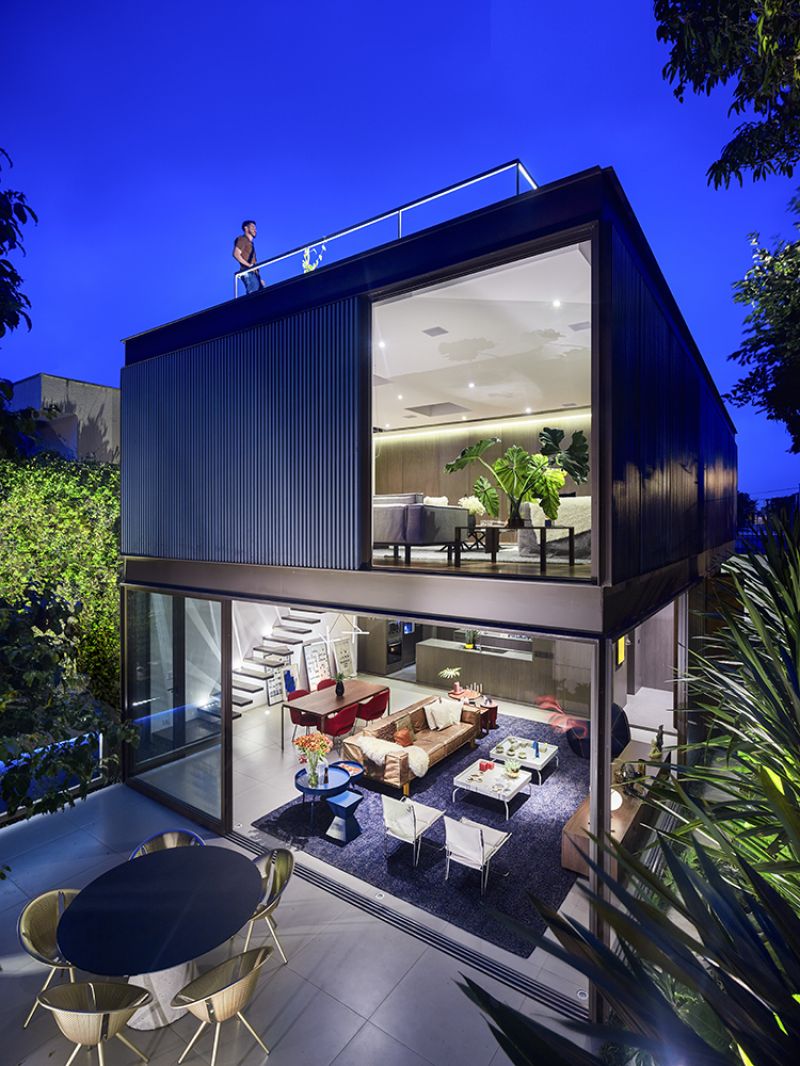 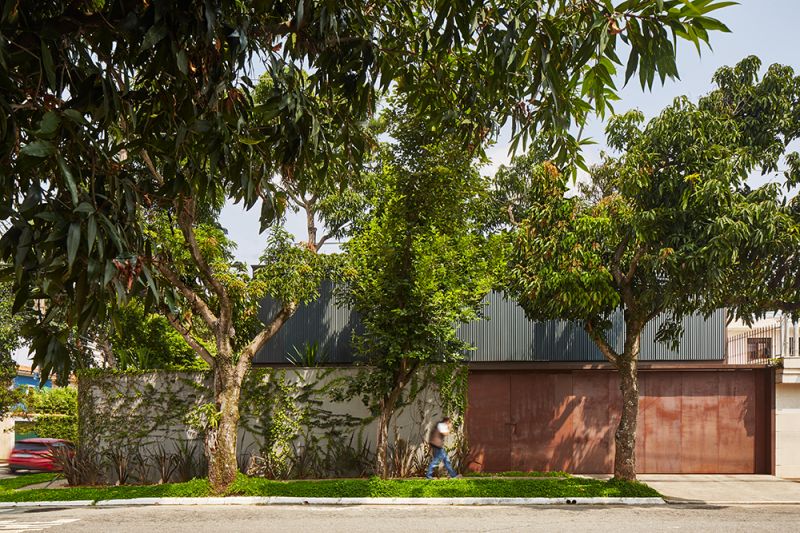 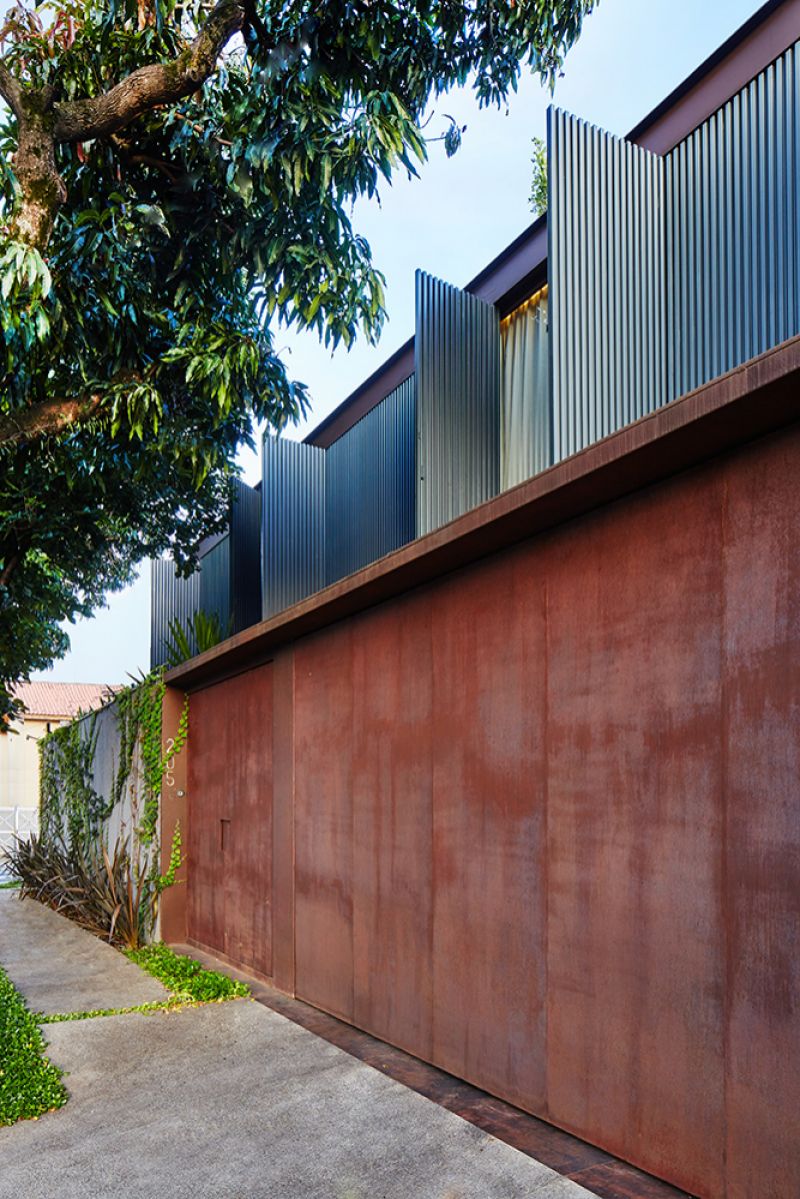 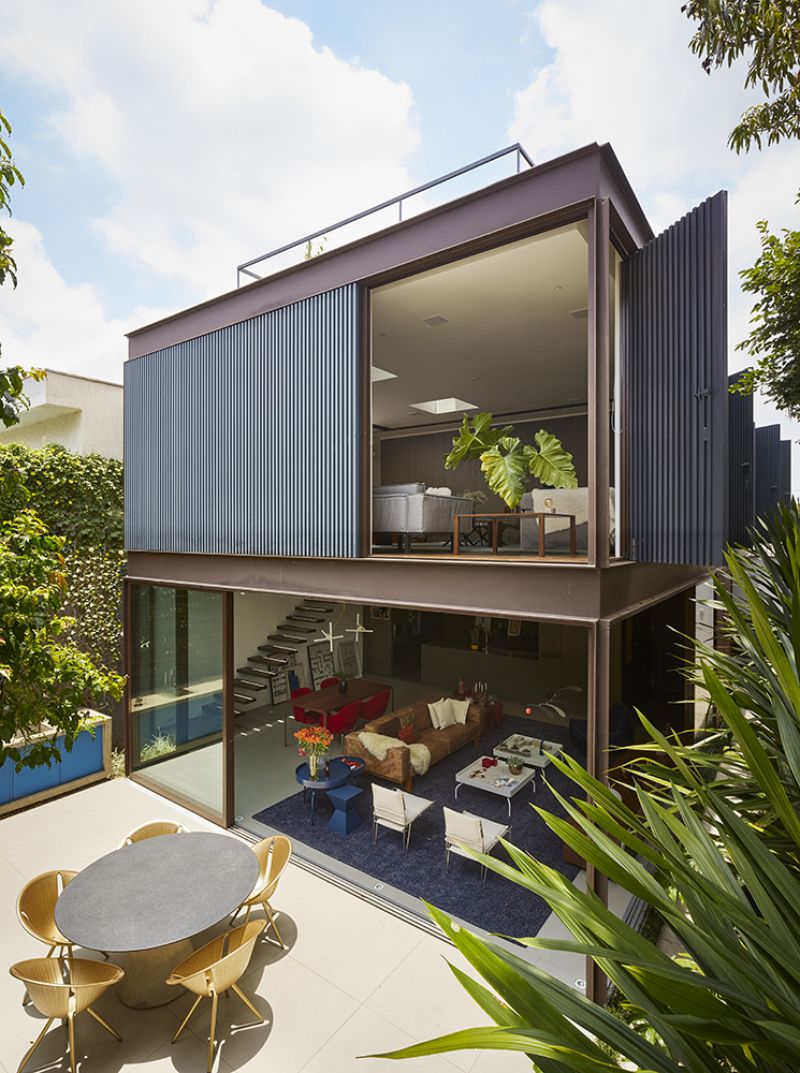 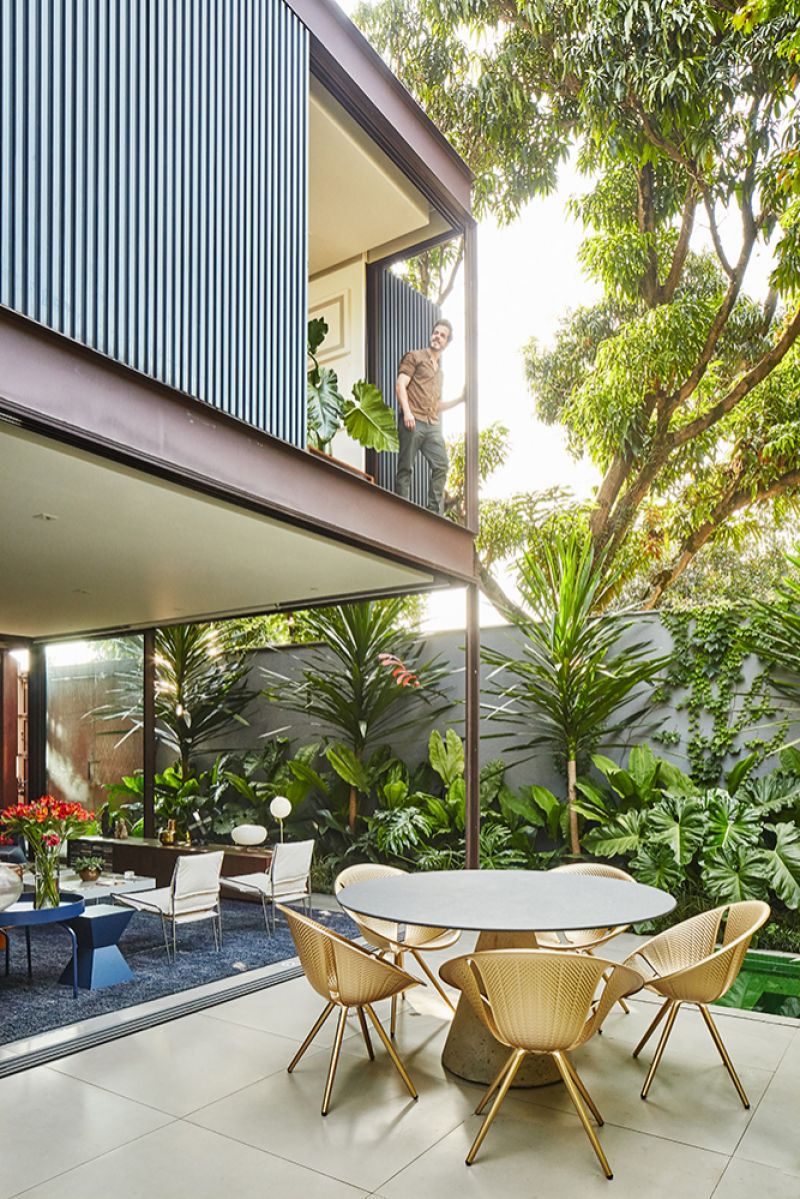 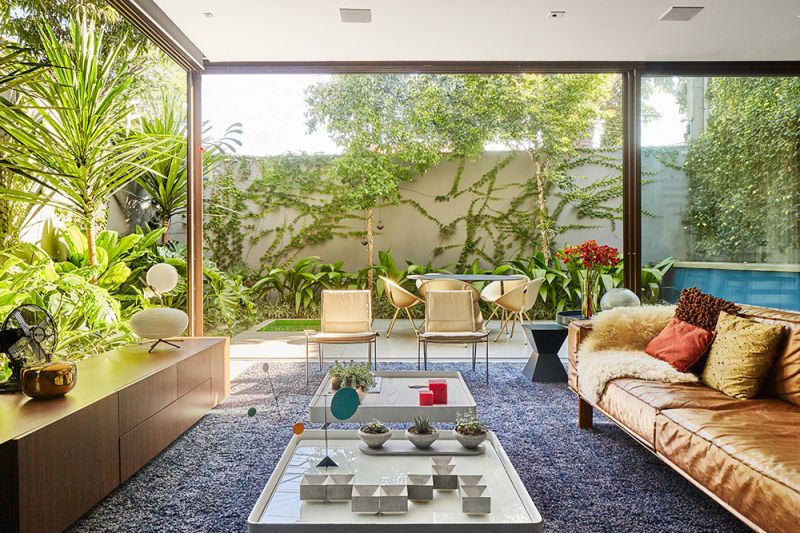 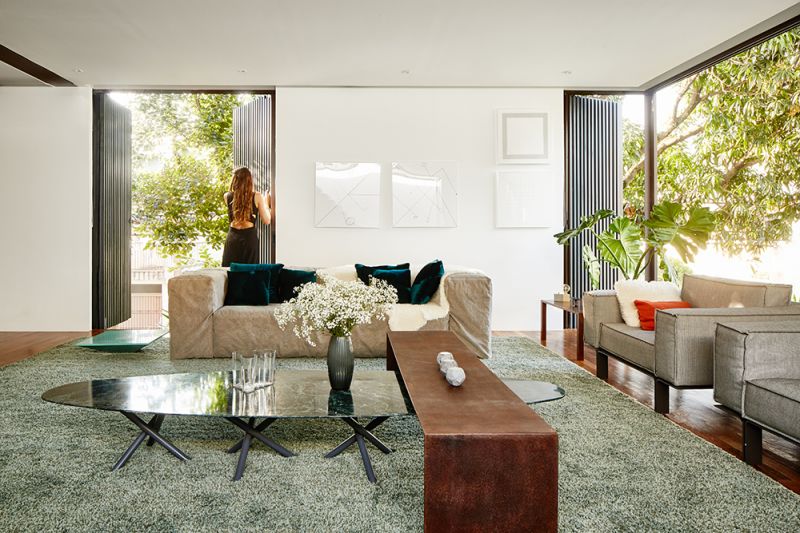 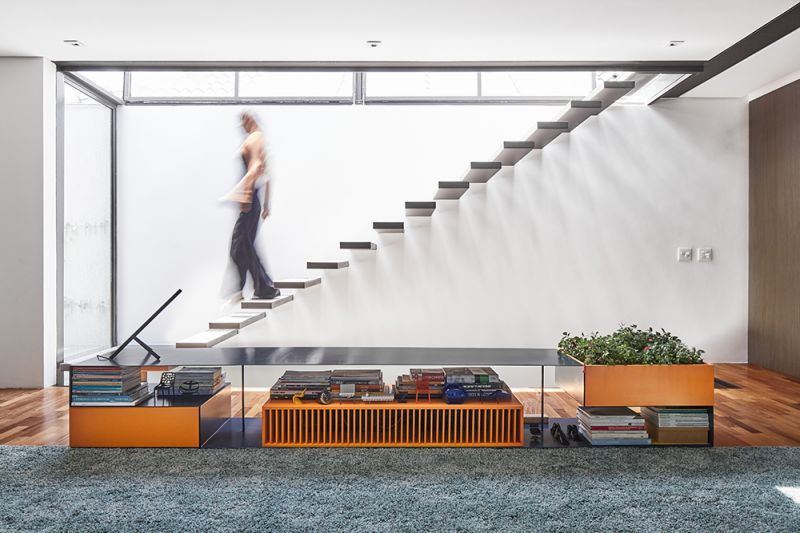 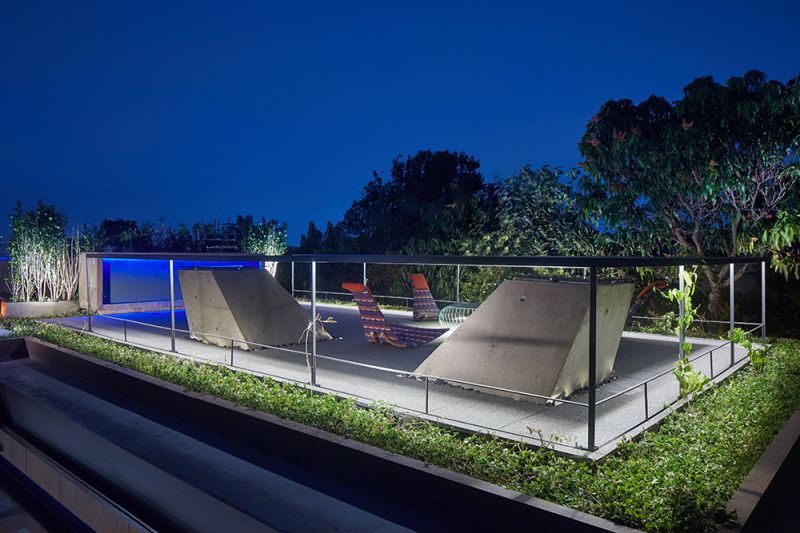 The box house was designed by a young architect, for himself, as a floating opaque box. It establishes three types of relationship with the context.
The ground floor can be fully opened so the garden can be integrated. The upper floor can be 100% closed through steel doors and the roof garden, that works as a belvedere to the neighborhood.
It is a contemporary proposal discreet to the public eye, which respects the volumetric context, the climate and takes advantage of the architect/resident's beliefs to define spaces.
Steel, glass and wood are shown as they are, unadorned.

Flavio Castro had the opportunity to start designing and building early, with only 20 years old. Flavio defends that practical experience completes academic theory, and has always worked in these two areas, with experience in architectural firms inside and outside Brazil. After three years of Masters in Barcelona, he returned to Brazil and settled in São Paulo, founding FCstudo in 2009. The collaboration system that exists within the office allows a constant exchange of information among professionals who join the team depending on each project´s demand.