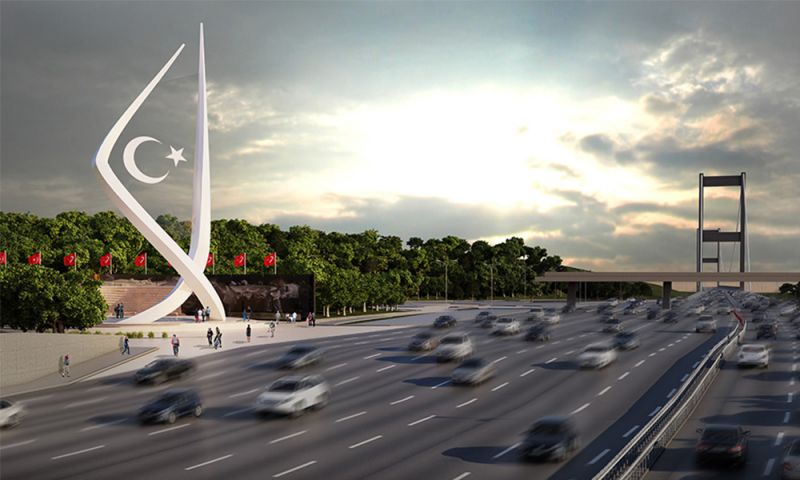 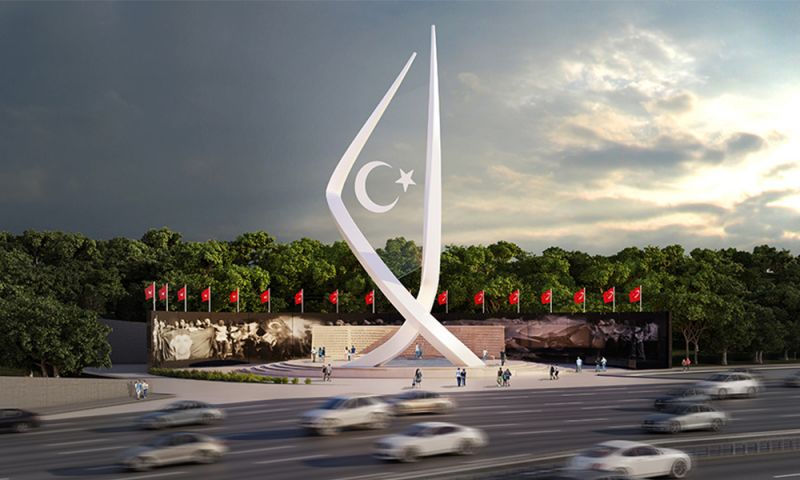 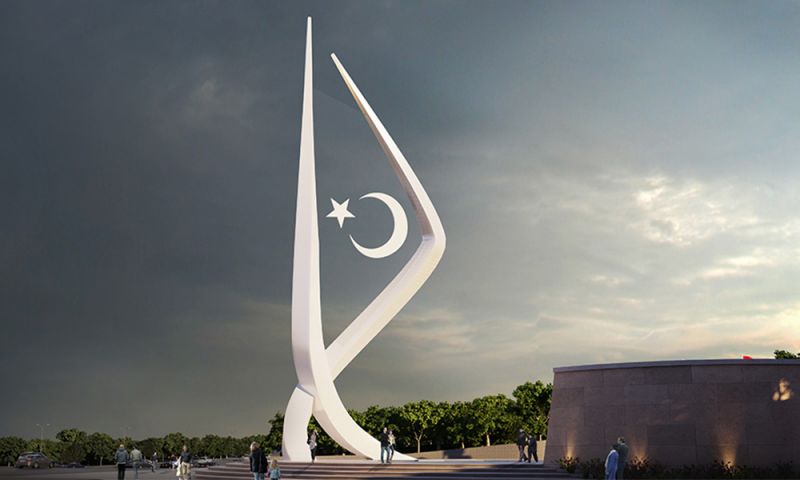 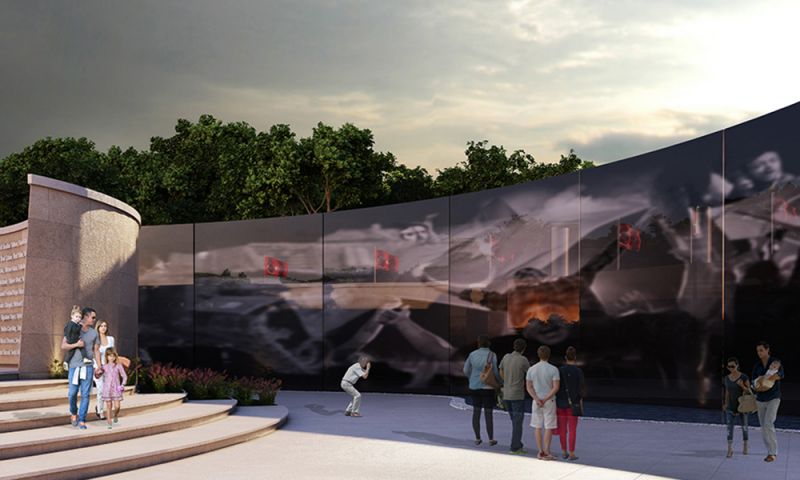 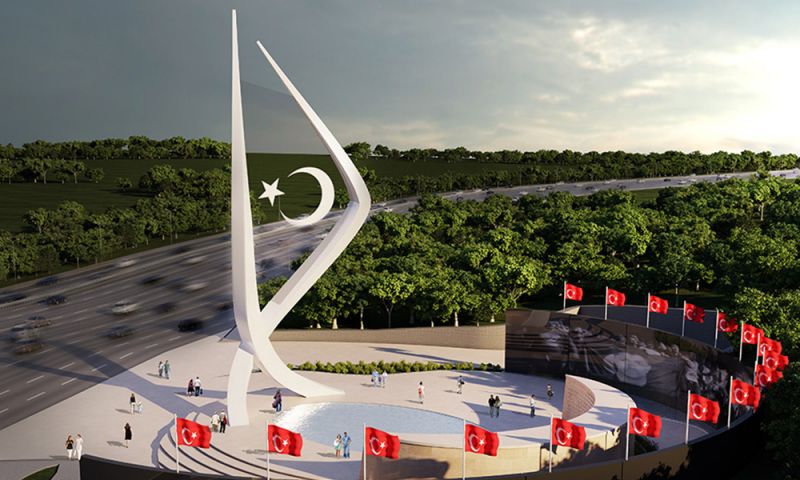 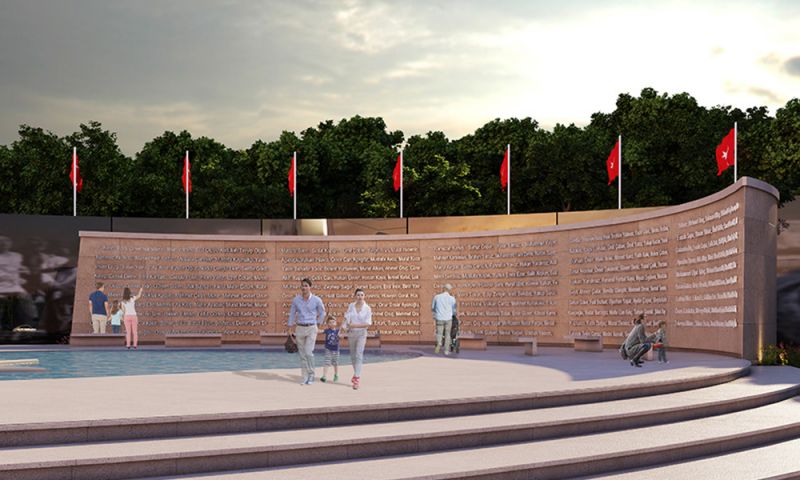 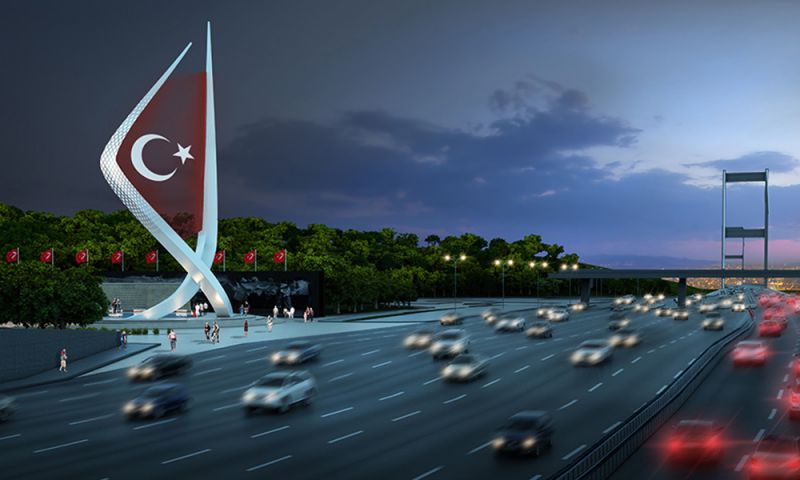 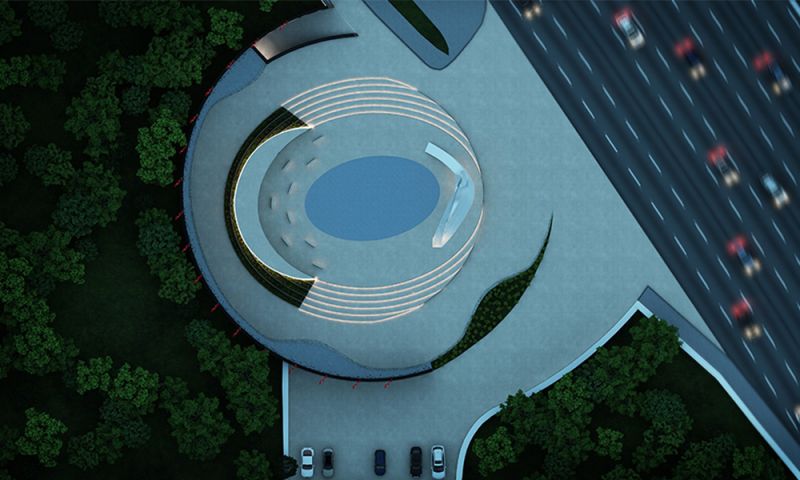 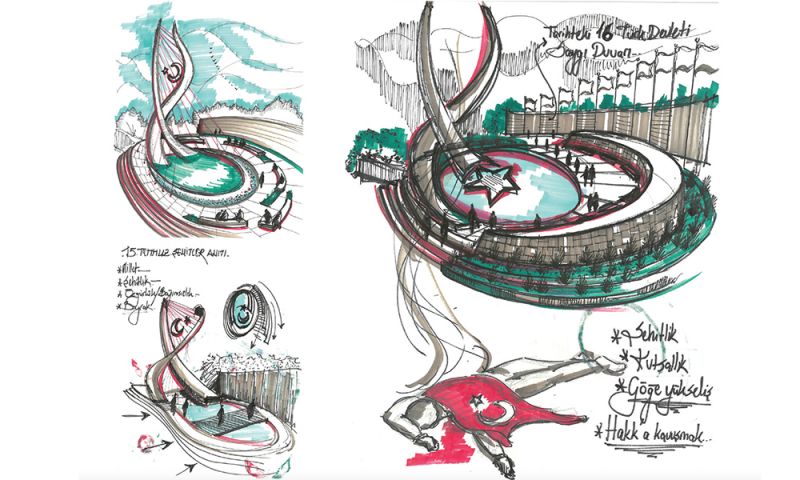 On 15th July Turkey experienced the most tragic coup attempt of its history. 249 citizens died. Project is locate near the July 15 Martyrs Bridge where the heaviest clashes took place. The main concept is inspired by a young boy who didn't drop the flag despite he was shot in that bridge. He became the symbol of the Turkish people who give a blessed importance to the flag and tempt to give their life voluntarily to protect it. The position of the memorial symbolizes a nearly falling flag. The mast which wraps it up is for the millions of people going out of their homes to defend their country.