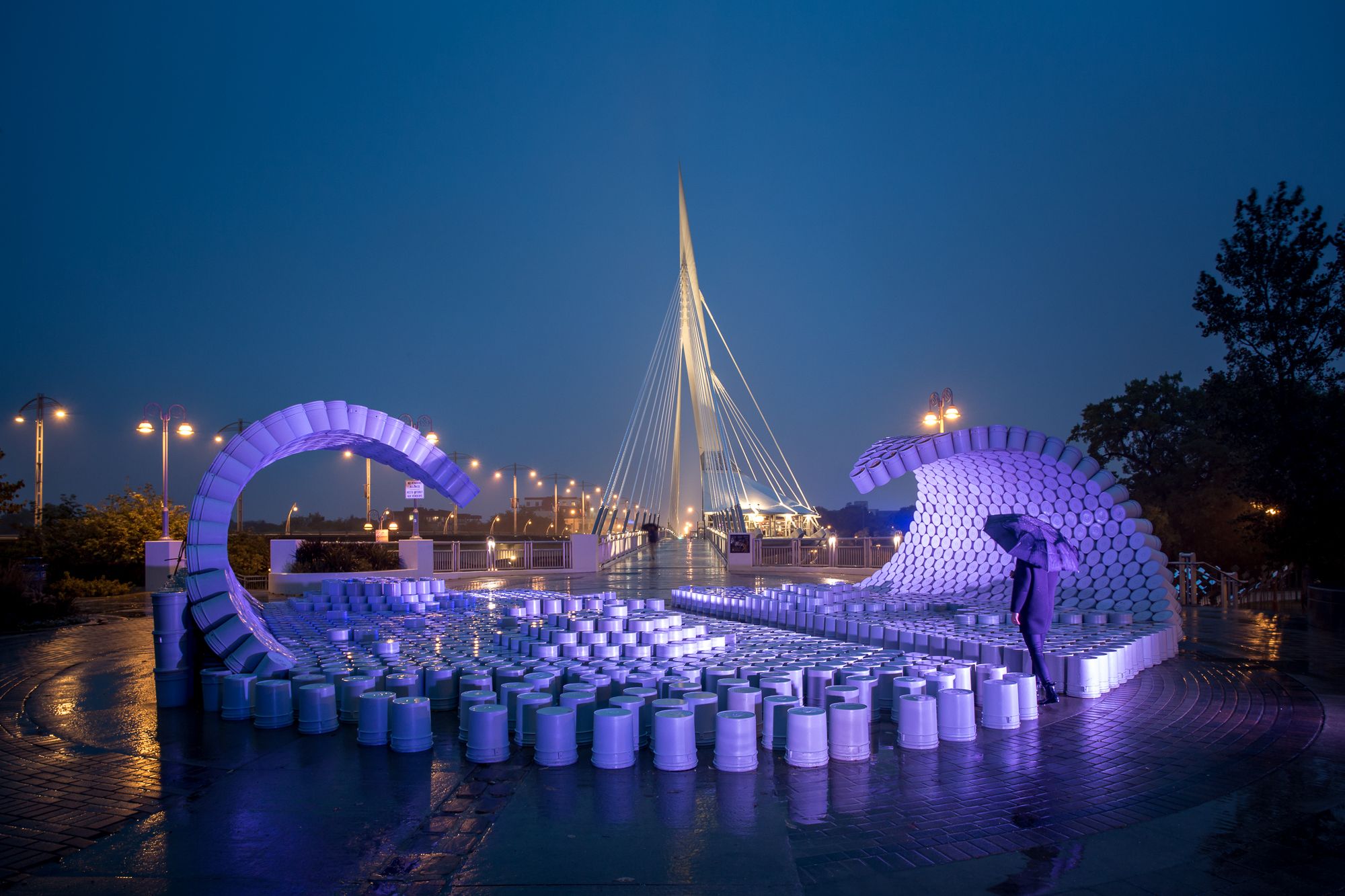 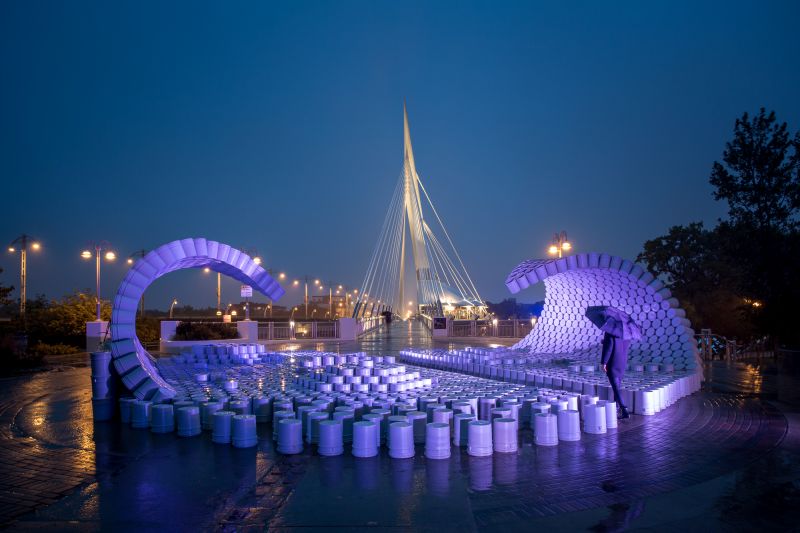 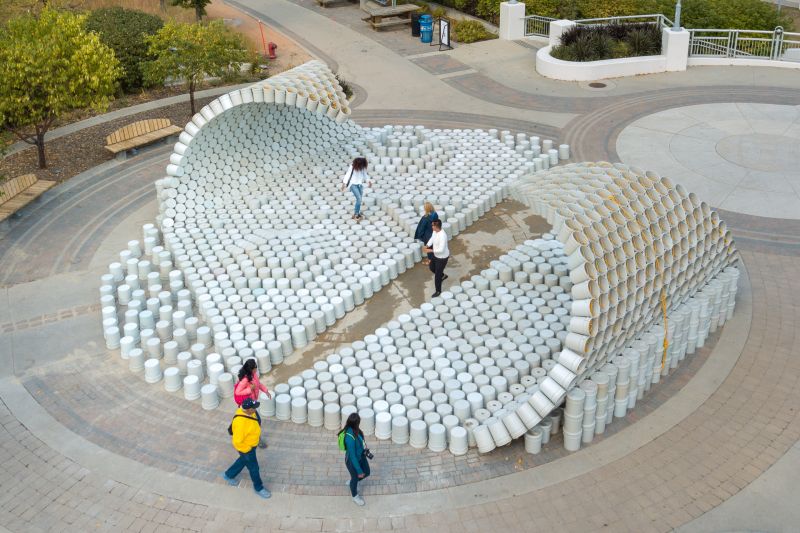 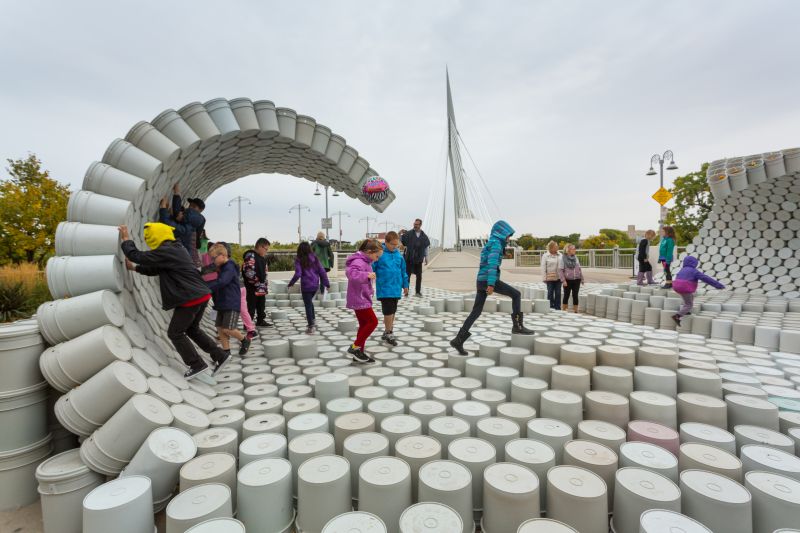 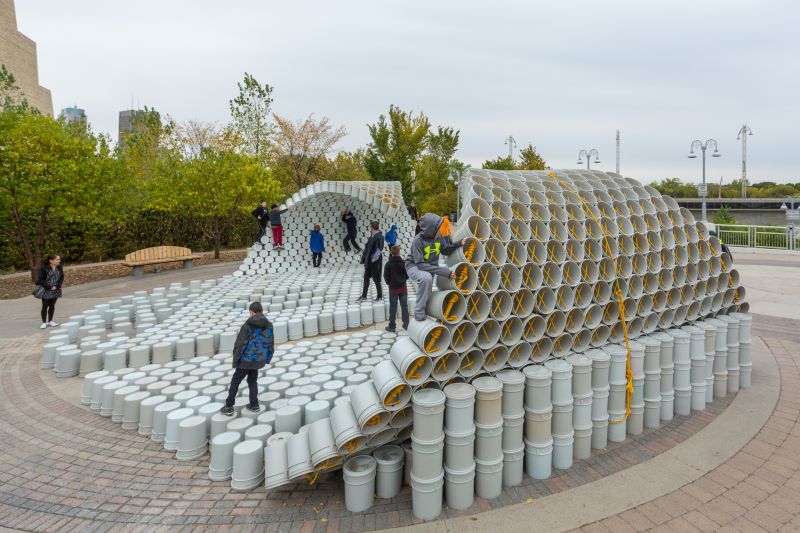 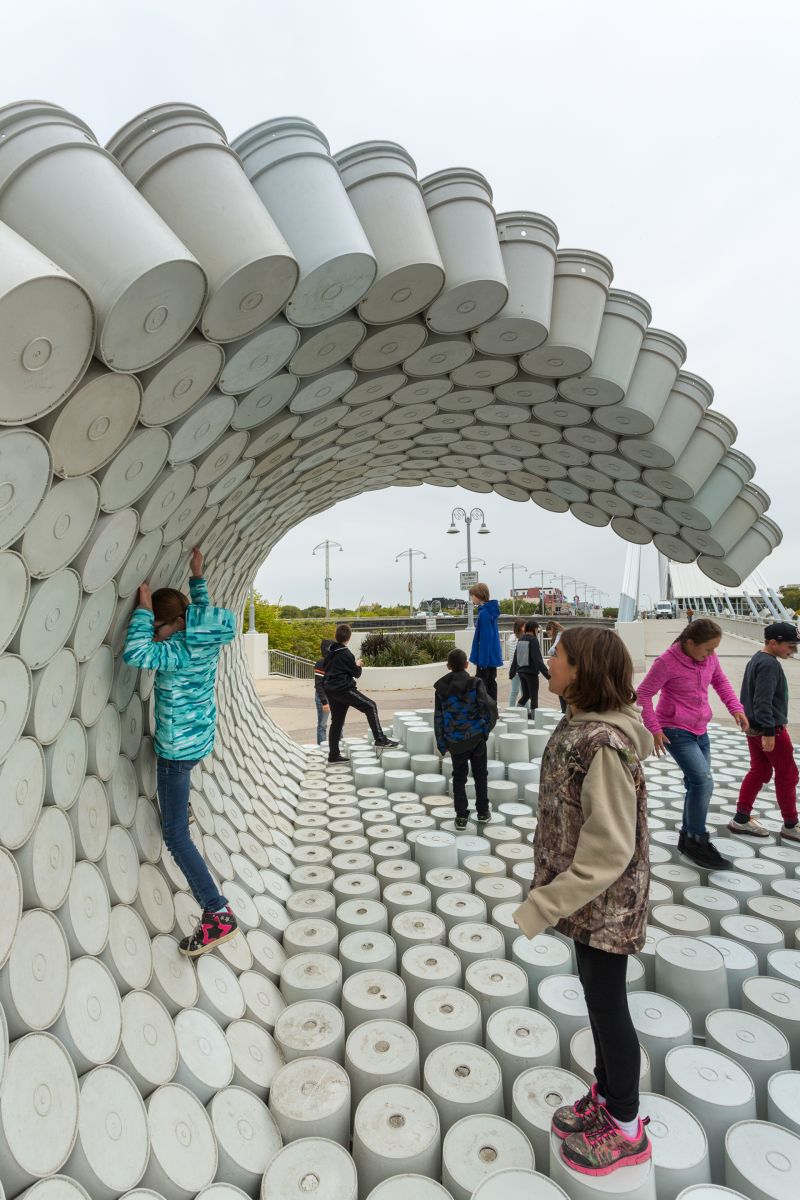 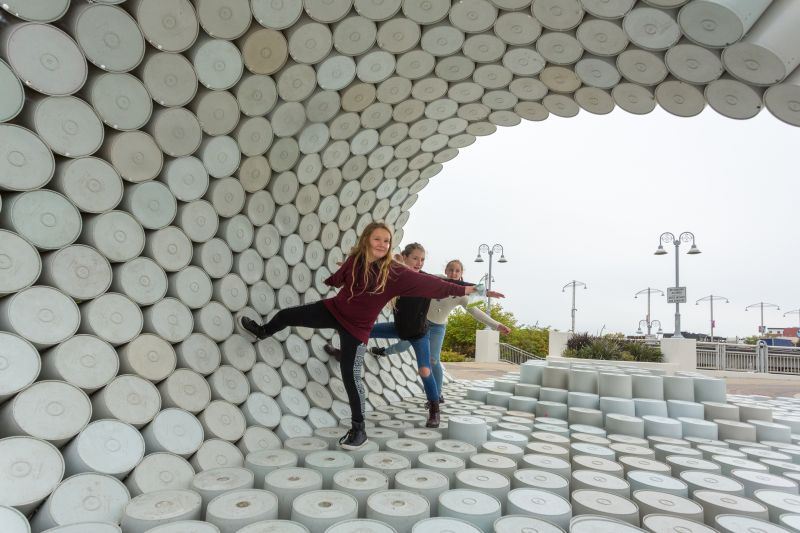 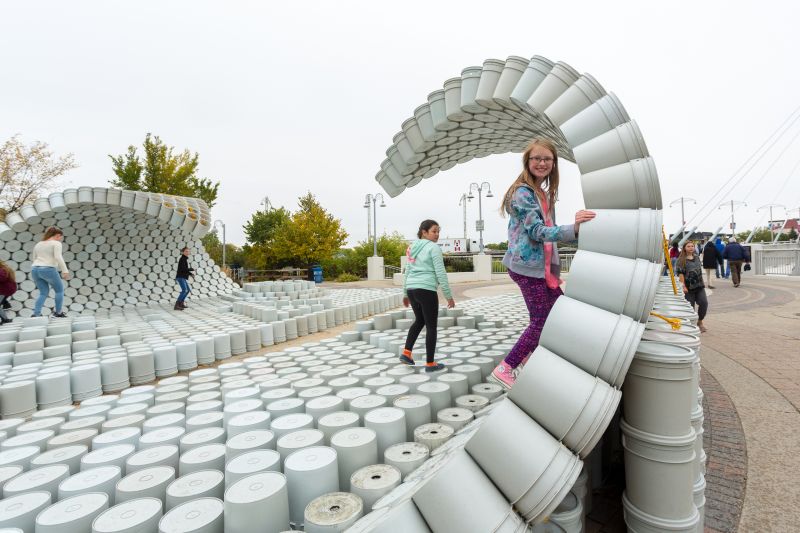 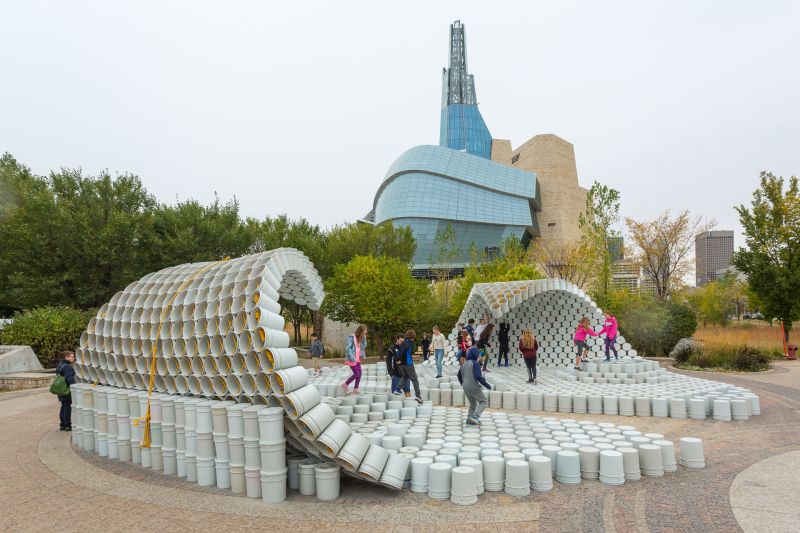 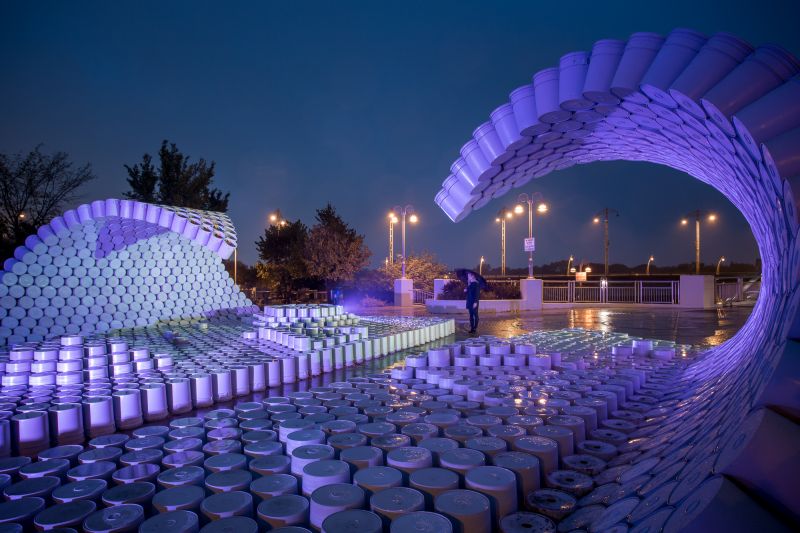 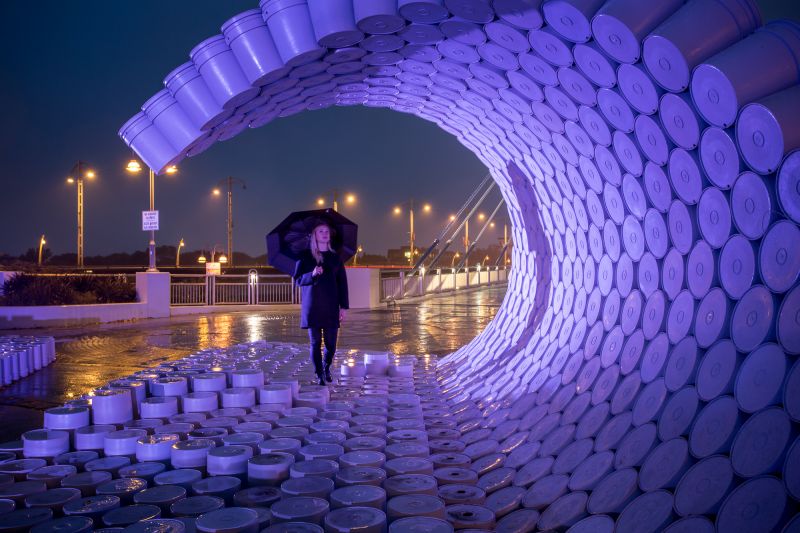 One Bucket At A Time In Winnipeg

5468796 Architecture and Factor Eficiencia with Studio NYL Structural Engineers are thrilled to present One Bucket at a Time, an exciting public installation that weaves together thousands of common 5-gallon painters’ buckets to form two giant waves.

Initially designed as a pavilion for Metrópoli, Mexico City Architecture Festival in March 2017. Received with great enthusiasm by visitors, these strong local origins of the bucket have been reinterpreted by the design team in a new project for the Winnipeg Design Festival and Nuit Blanche/Culture Days.