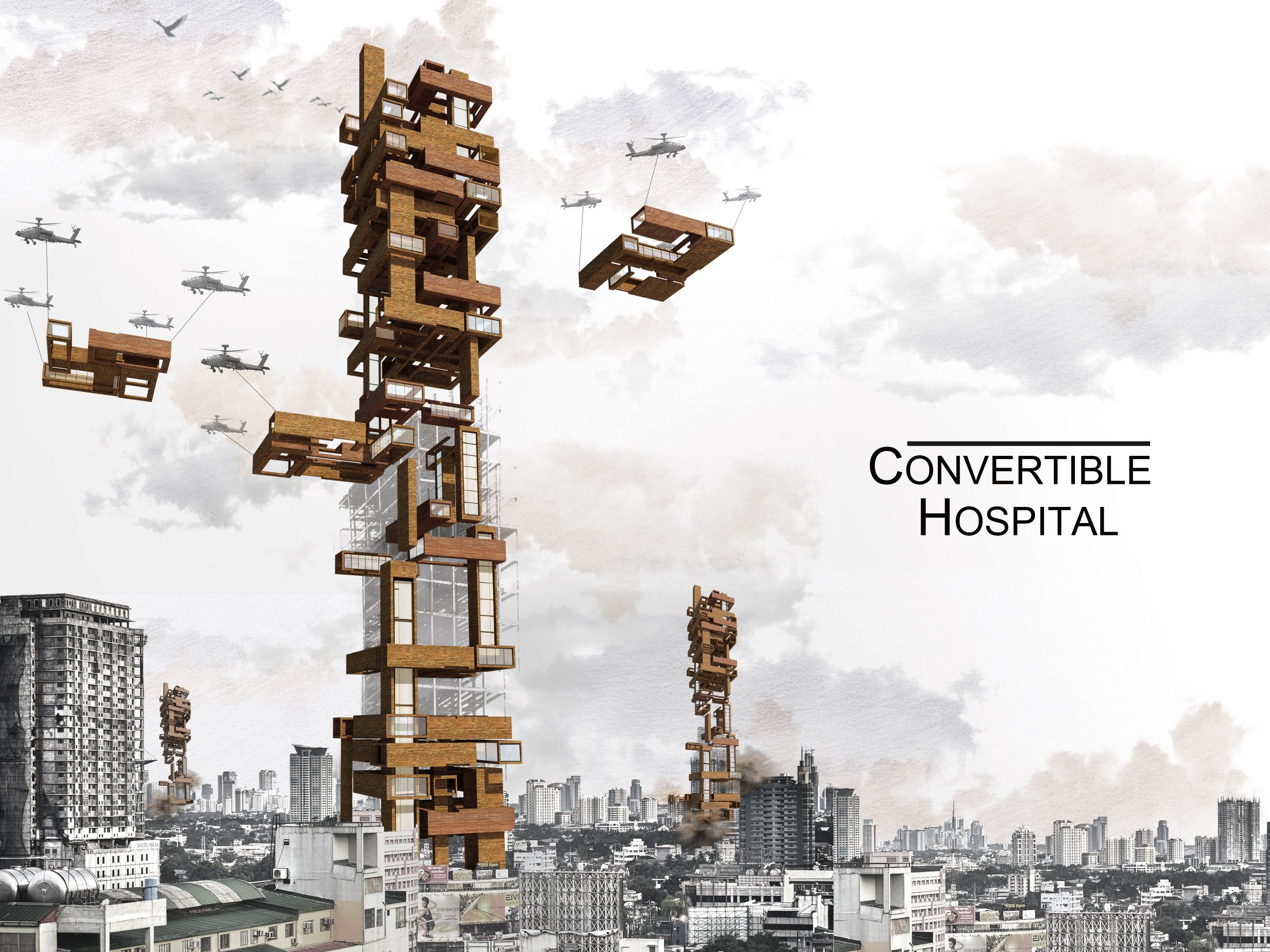 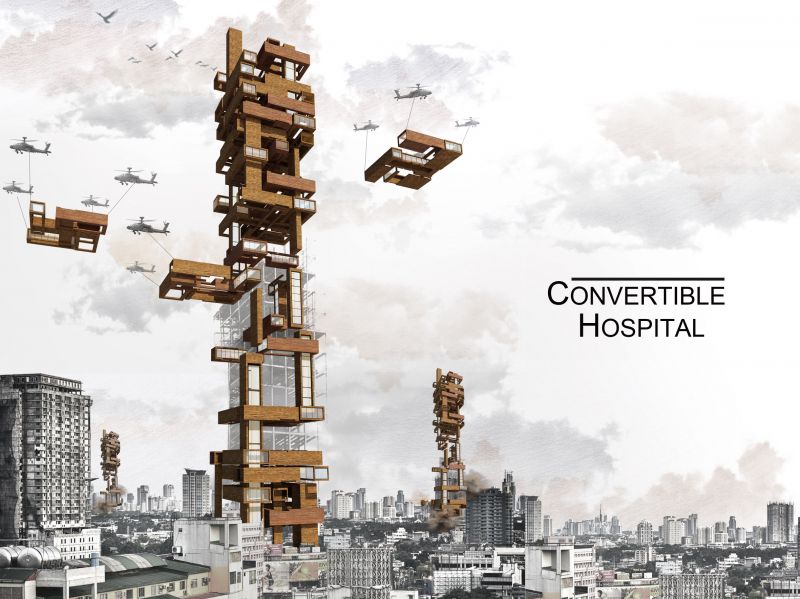 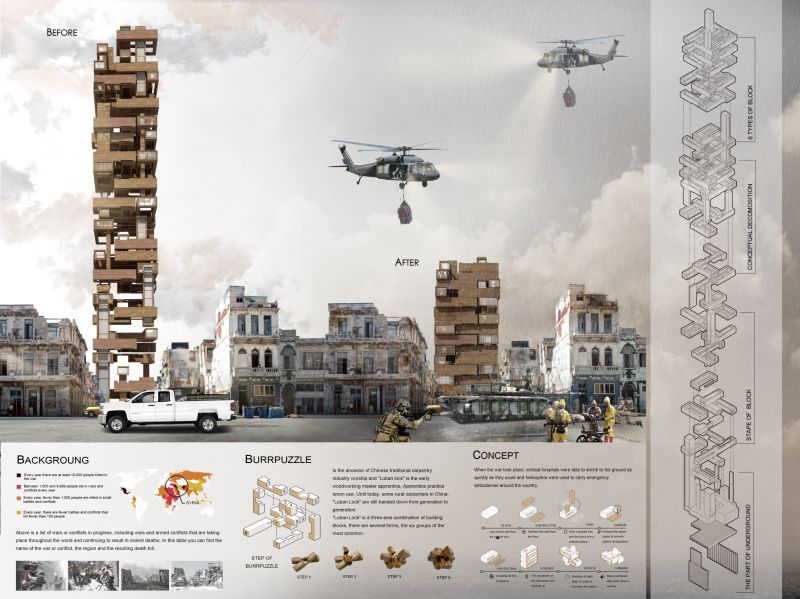 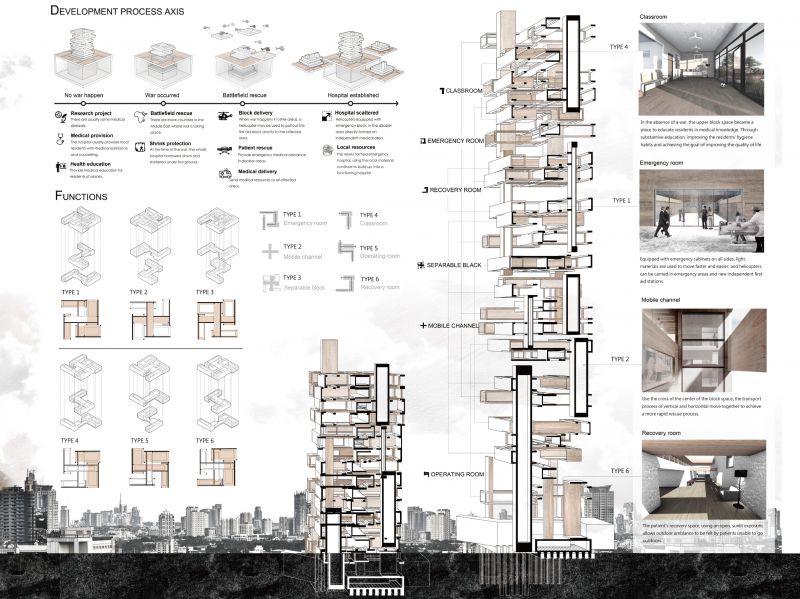 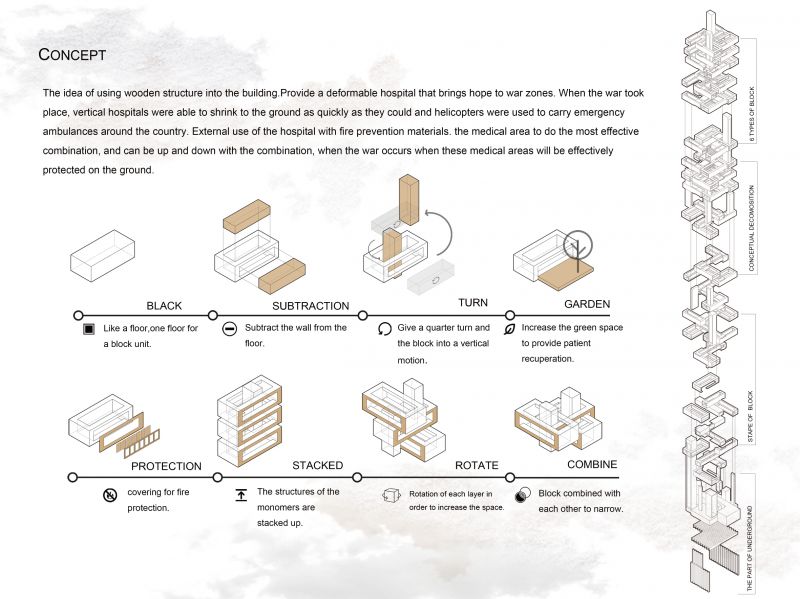 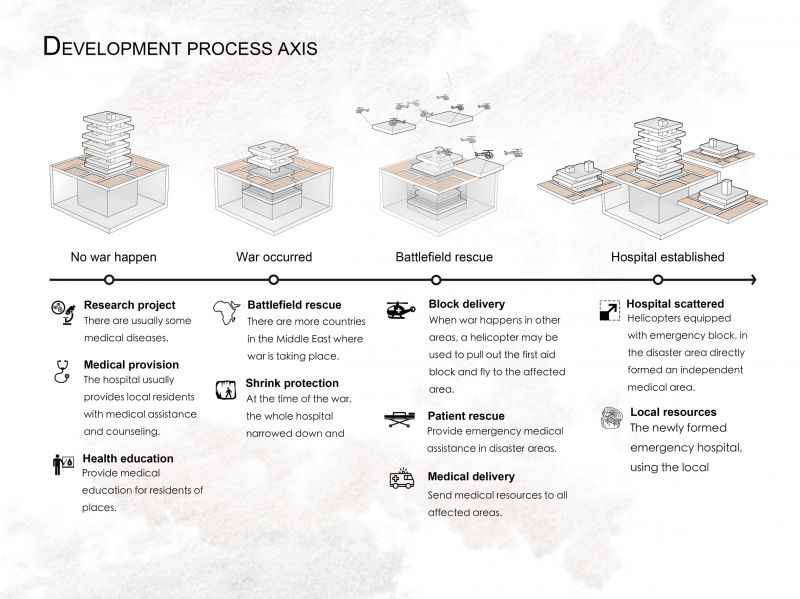 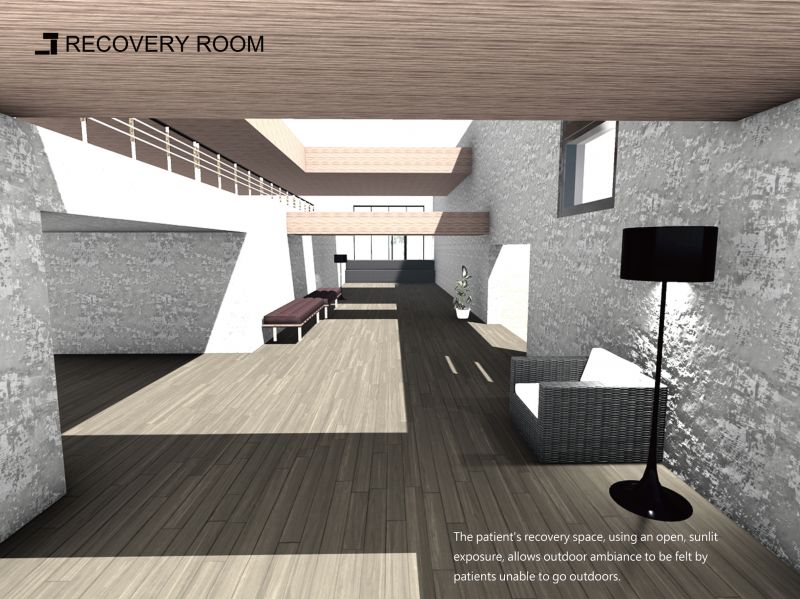 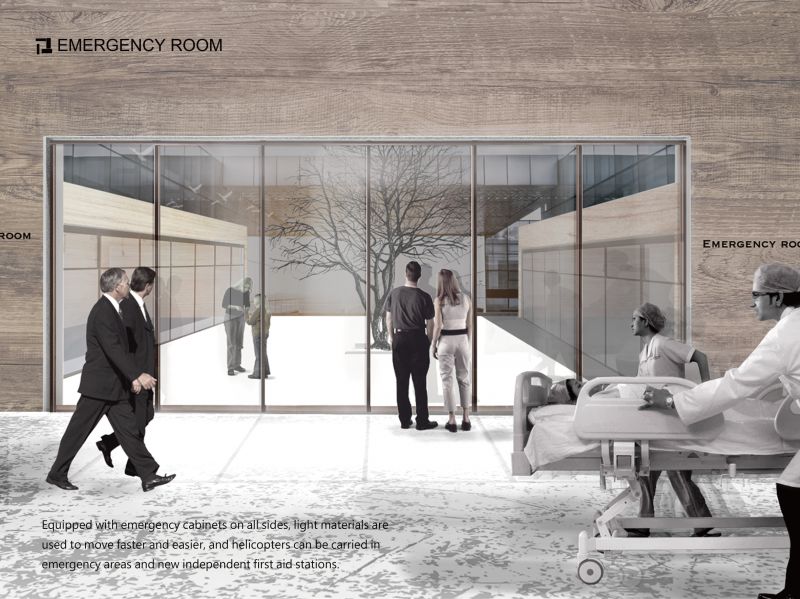 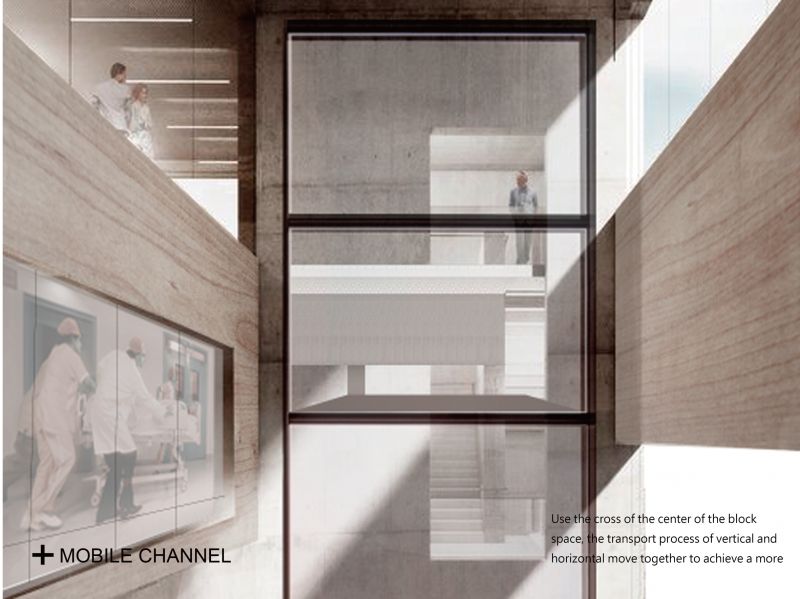 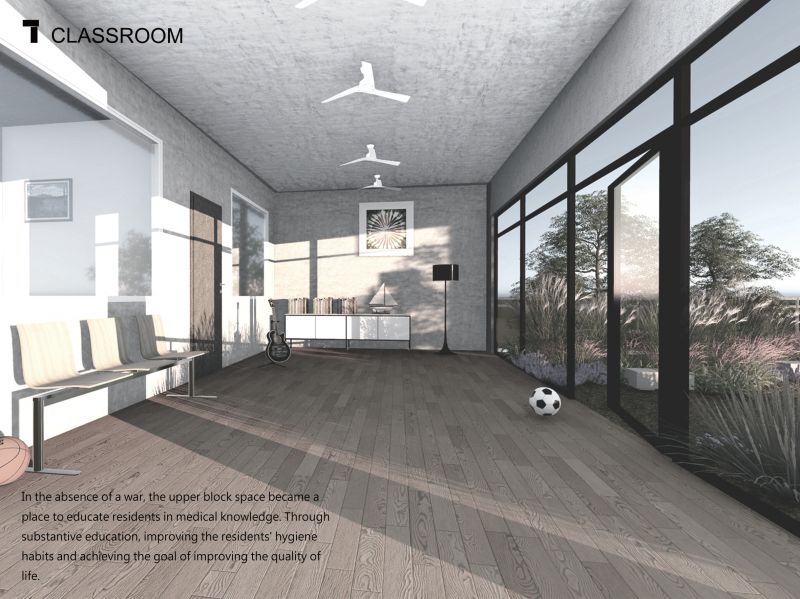 Each year , 1,000 or more people die in the war because when military conflicts between two or more organizations. The idea of building is originated from China's traditional skills - Luban lock. "Luban Lock" is a three-axis combination of building blocks, the six groups of the most common and six different blocks combined with each other into a square. When the war happened , In addition to downsizing the entire building to below the ground, building blocks can be quickly remove and be shipped by helicopter to the surrounding areas and become emergency room to extending patient lives.