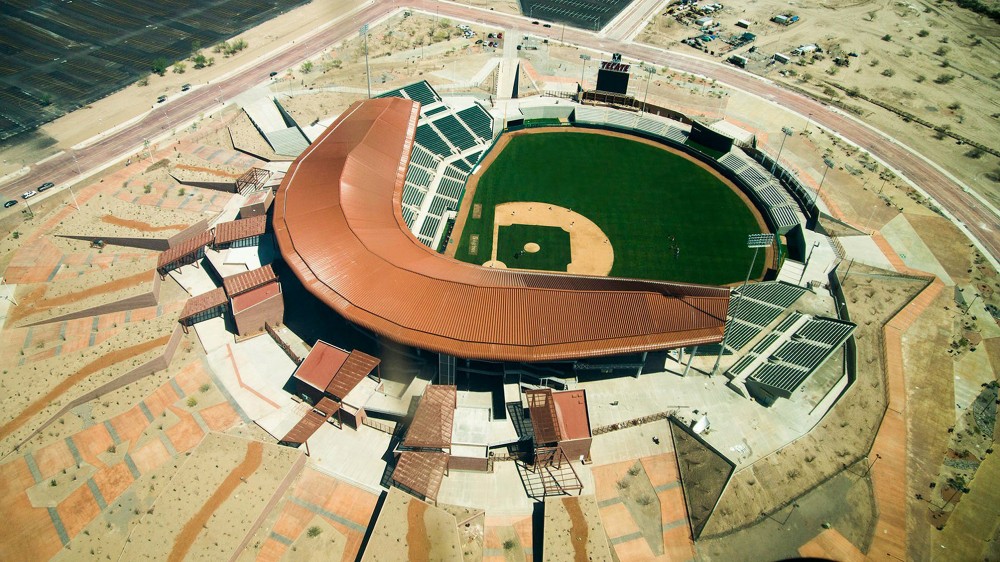 Located in the capital of Sonora, the ballpark is not only the
first building, but also the main driver of the urban planning
project called Puerta Oeste, which is the new expansion
area of the city.

Estadio Sonora was designed to be the iconographic symbol
of the region. Architecturally, it represents the crater of the
volcano Colorado in the Pinacate biosphere reserve nearby.
This analogy has, in fact, generated a sense of belonging
and identity amongst the population.

The project is defined as a single wrapping movement. The
building’s geometry builds itself from the bottom up. In its
interior the ballpark offers a top-notch field. Arranged
around the perimeter of the stadium, slopes emerge from
the ground, depicting the flanks of a volcano.

The main objective was to host games of international
standard. Estadio Sonora was inaugurated in 2013 during
the 55th Caribbean Series.