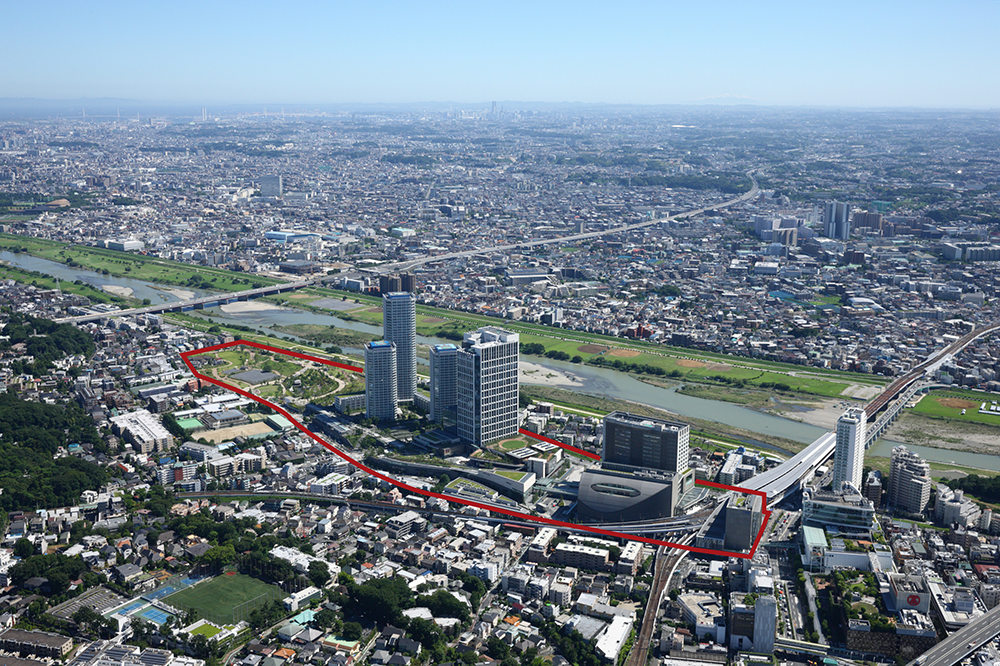 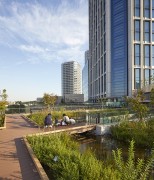 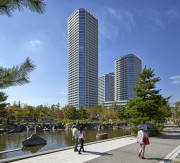 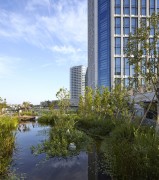 Futako Tamagawa, is Tokyo’s largest single development. Conran and Partners design
concept responds to the site’s location on the edge of Tokyo, its adjacency to the
Tamagawa River and the shift across it, from the urbanity of the railway station to the
west, to the park to the east. The scheme reflects the site's important transitionary
role at the threshold between city and nature.

A commuter journey has been created with wellbeing at its heart, taking people from
work to home through a central ‘green ribbon’ inspired by nature alongside the river.
Leading from the train station through a commercial quarter with shops and offices to
residences and, eventually, a park; building density, materials, greenery and spatial
design has been used to create an unwinding journey that subtly eases the transition
from busy town centre to relaxing private space.